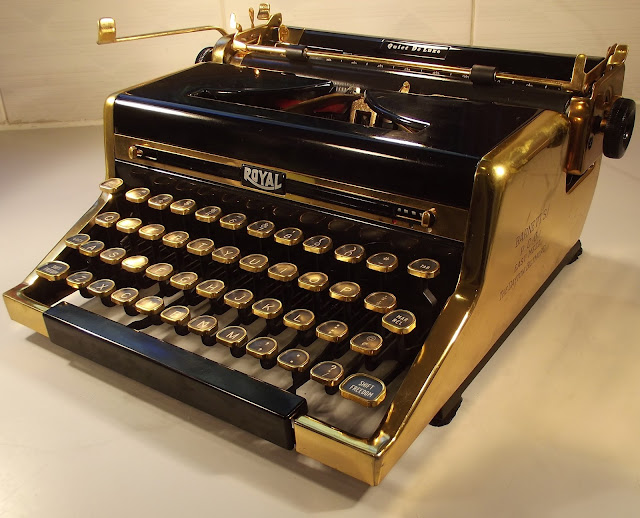 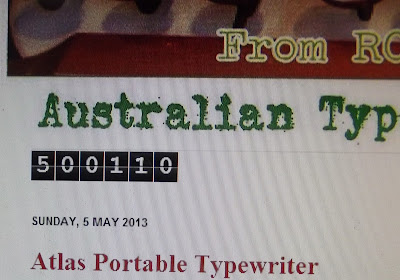 This figure, along with almost 1100 posts, 100 followers, going on 4000 comments and an eBay record of close to 500 positive feedbacks means my numbers are rounding out quiet nicely. 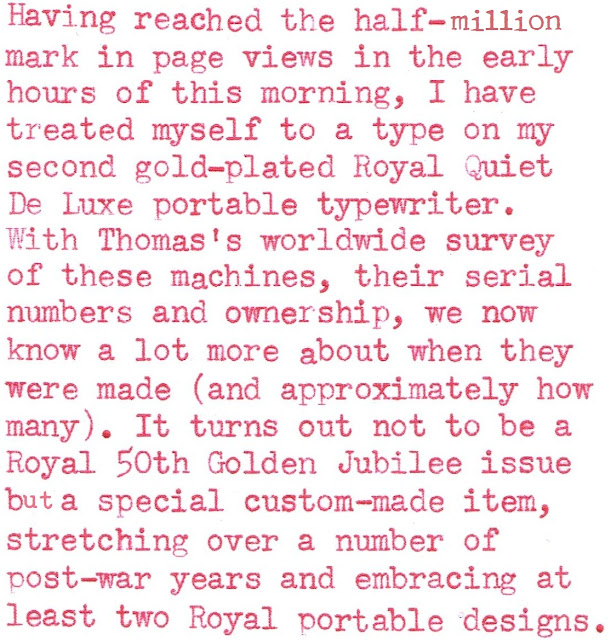 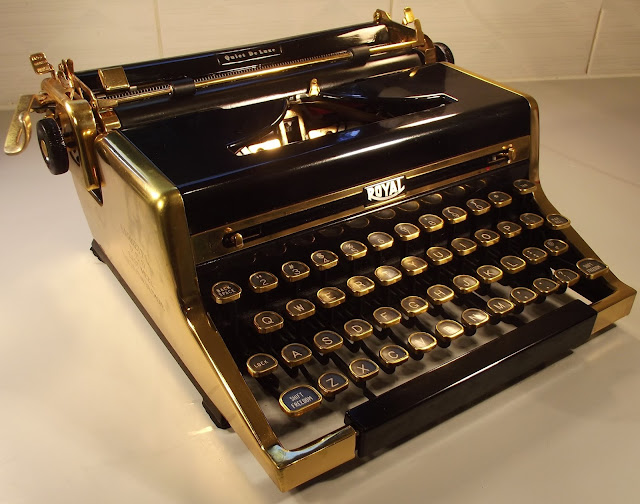 Some weeks ago German typewriter collector and historian Thomas Fürtig set out to find out as much as he could about the gold-plated Royal Quiet De Luxe. He canvassed known owners, seeking serial numbers and some background on the models that are in collections around the world.
Thomas received responses from 11 owners and was able to put together a list of 24 machines, including the one once owned by James Bond creator Ian Fleming and bought at auction by actor Pierce Brosnan in 1993. The present ownership of five other models is not known, but Thomas has serial numbers for these. The machines were made between 1948 and 1953, so they are not necessarily linked to Royal's Golden Jubilee year, as has long been believed. Instead, they appear to have been made specially to order. 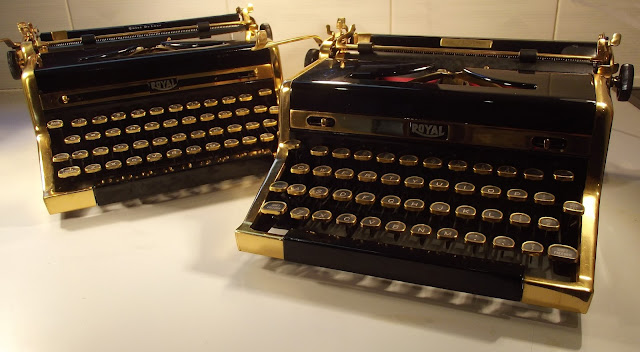 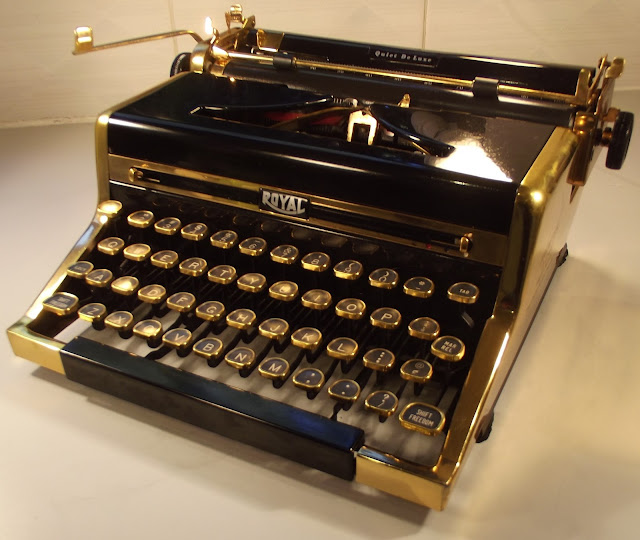 There are doubtless more out there. In 1952, they were being given away as prizes in high school competitions run by Royal: 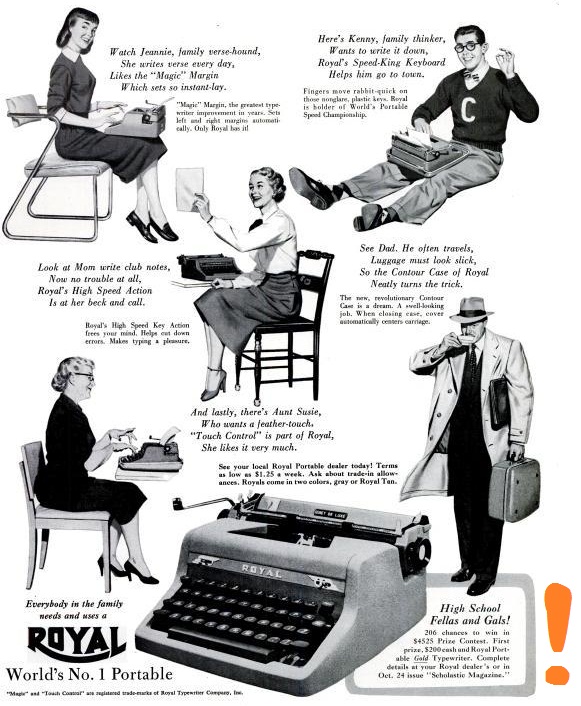 This is the second, later design on Thomas's list. The first and much more common is the 1945 Henry Dreyfuss design. 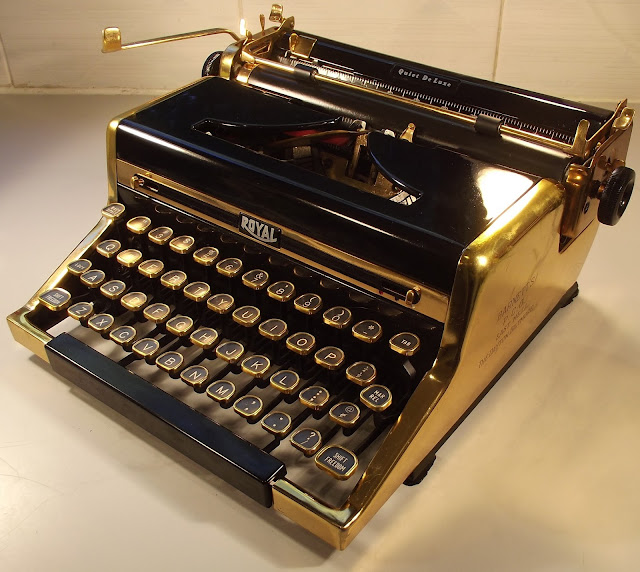 And they have been around for a very long time. King Tut had one, as did King Alfonzo of Spain: 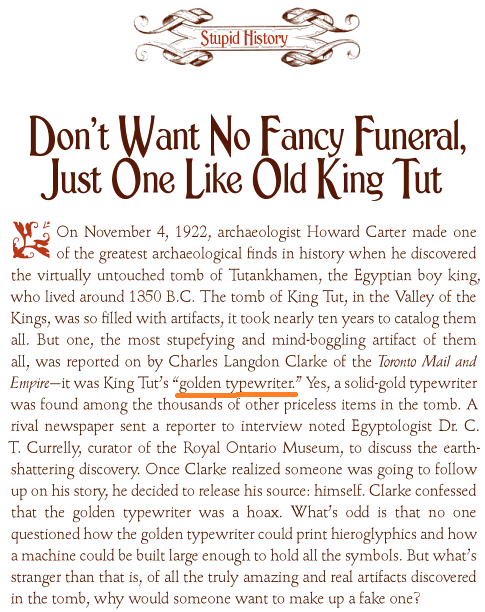 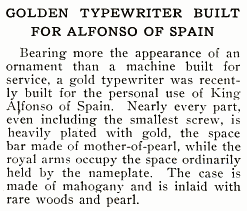 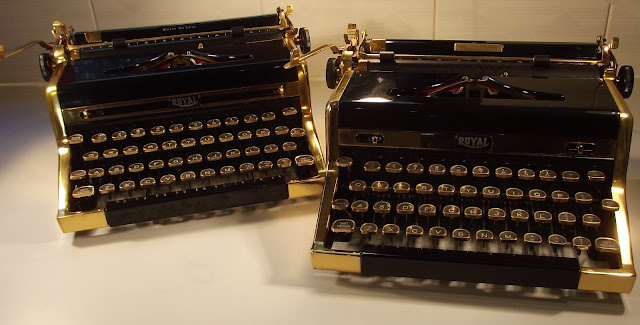 A jealous critic thought Zane Grey had one, Louella Parsons by given one by the Hearst organisation, in 1959 Chicago Tribune Latin America correspondent Jules Dubois used one, and Ella Fitzgerald sang like one! 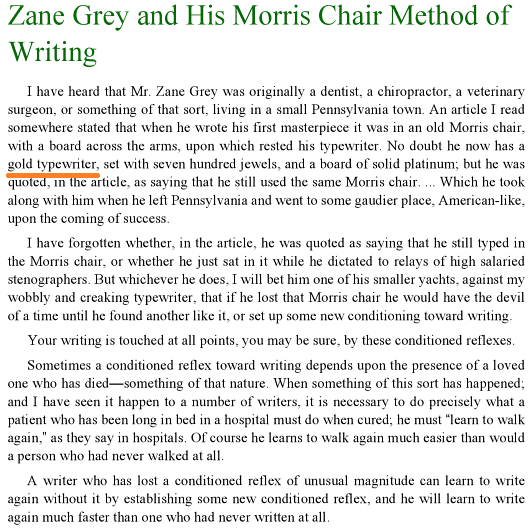 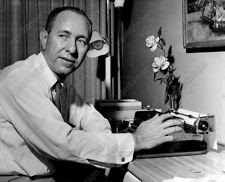 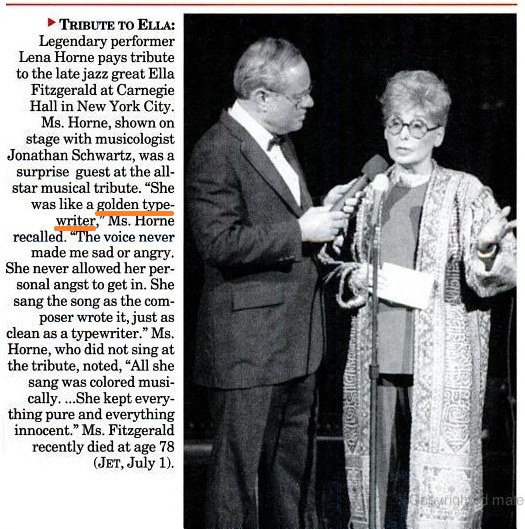 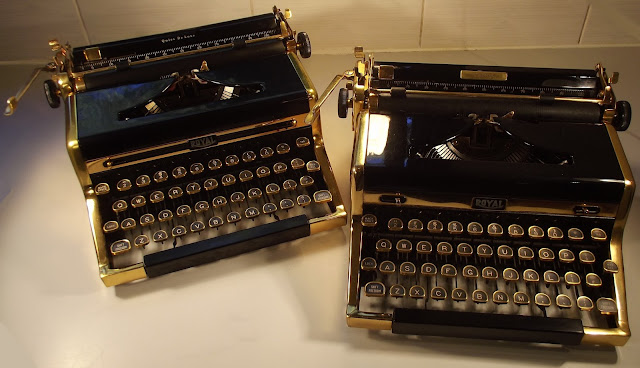 This model sold on Etsy 18 months ago. Like my Wedler gold-plated Royal, this one has an individual nameplate on the paper plate: 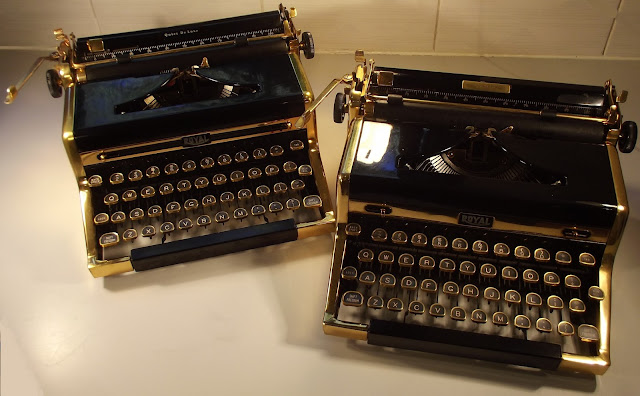 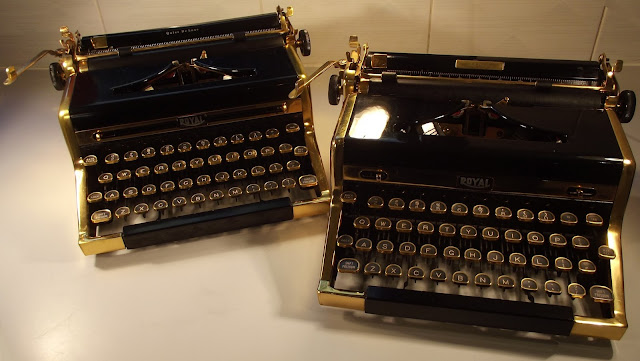 Finally, here is why a writer in Spin magazine in August 1985 believed singer Leonard Cohen should own a golden Olivetti Lettera 22 portable typewriter: 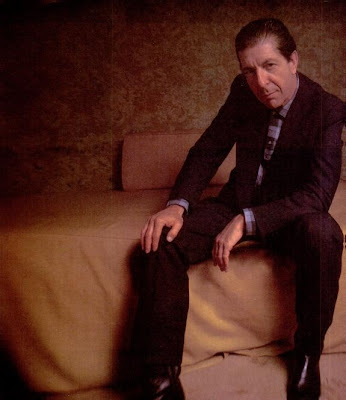 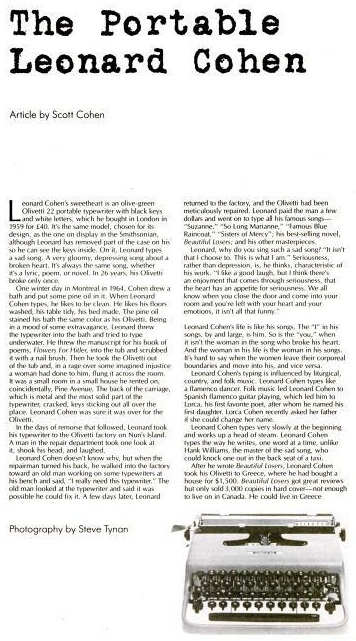 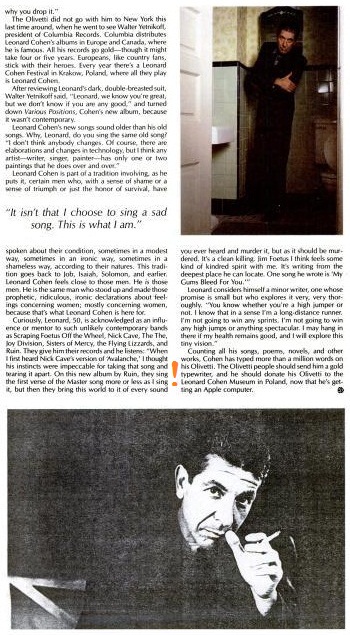 Posted by Robert Messenger at 11:25

Congrats Rob! At 500,000 a litle indulgence is more than justified. Thanks for being a major and continuing contributor to my typewriter knowledge

I saw the King Tut exhibit in both Vienna and Seattle, and they failed to display his typewriter! There will be a strongly worded letter to the Egyptian Museum!

Your writing will always bring in the readers, Rob. Well done!

500,000 is quite a thing! Congrats. I think that a golden Royal is the height of extravagant luxury and the perfect typewriter to celebrate. That is the type of typewriter that you take to a really posh type-in.

Congrats on half a million pageviews! :D

You are lucky to have such fine Gold QDL's. One of those is at the top of my wish list and is probably the only really notable typewriter I could afford (unless the prices have skyrocketed in the past year).

Thank you Steve, Peter, Scott, Ryan and Ted for your kind comments.
I agree completely with Steve's sentiments about a "little indulgence" and with Ryan about these being an "extravagant luxury". Ryan is so right that its the prefect model with which to celebrate (so perfect I moved right on to a Triumph Perfekt!). But is there such a thing as a "posh" type-in, I wonder?
Ted: Judging by this latest one (I was the only bidder) the prices have come right down. Strike now!

Congratulations! You are so lucky to have 2 of those fine machines.

I see them quite often on Ebay, but I have to put off bidding. I want to get a plain old USN Mill this year and I may opt for some unique typewriter next year. I have plenty of platens to get recovered.

Coming soon, somewhere - there will be one of us trying out one of those d-i-y gold plating kits. I mean, how hard can it be? Well done on the half million - it is surprising and unsurprising all at the same time. And I vote Mr Cohen should get a SOLID gold Olivetti.

Robert,
Congratulations on your new Royal Gold Typewriter. They both are really beautiful! I think I may have gotten everyone thinking about the so called "50th anniversary edition" when I kept asking questions like which model and year was it. Since they were making them for many years and none of the production dates plus 50 years lined up real well with the 50th anniversary in 1954. By the way, I had a guy write up an article about my Royal 1953 Gold typewriter at: