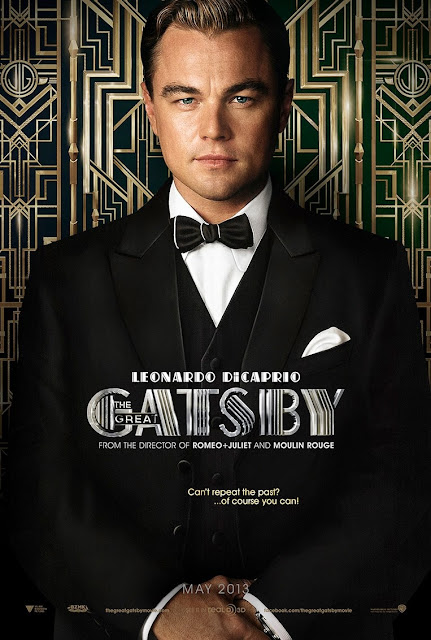 Since Baz Luhrmann's The Great Gatsby is not a movie which can be taken very seriously (Flapper Rap? I think not!), one of the more amusing diversions for Australian viewers is to spot as many Australian actors as they can in this American Dream story.
There was a time when Robert Mitchum, from the typewriter town of Bridgeport, Connecticut, played an Outback shearer with his best mid-Pacific accent. Now the drover's boot is on the other foot.
One of the first Australians to jump out at me from the big screen at the Dendy Theatre in Canberra this afternoon was my friend Max Cullen, who plays the "symbolic" Gatsby character Owl Eyes.

Elizabeth Debicki and Max Cullen in The Great Gatsby
Narrator Nick Carraway (an overly wide-eyed Tobey Maguire) and sassy golfer Jordan Baker (Aussie Elizabeth Debicki,) come across Owl Eyes early on in the movie, rifling through Jay Gatsby's library during one of Gatsby's out-of-this-world parties (Does Luhrmann know no restraint?).
I hadn't expected to see Max so often in the past fortnight. Max, who lives in Gunning outside Canberra, came around to my home the Sunday before last to pick up an Imperial 50 standard typewriter for his one-man show, How To Be (Or Not To be) Lower. 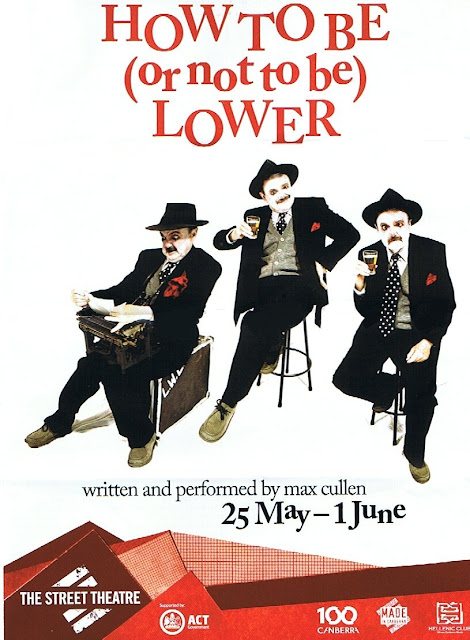 Below, Max Cullen with my Imperial in the play's rehearsals. 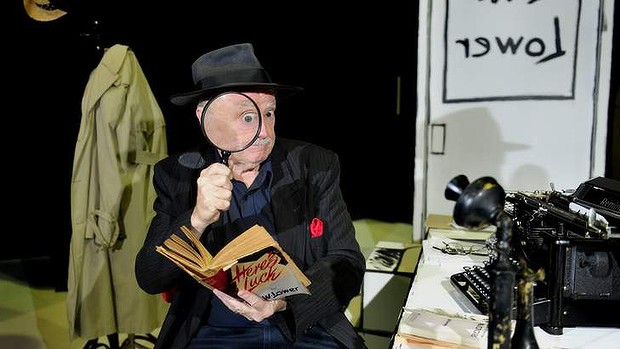 I am going to see Max play "the comic genius of Australian journalism", Lennie Lower, at The Street Theatre in Canberra tomorrow night.
Judging by the reviews of this show, which Max himself wrote, Max has been getting some good use out of the old Imperial - and it is standing up well to the treatment. 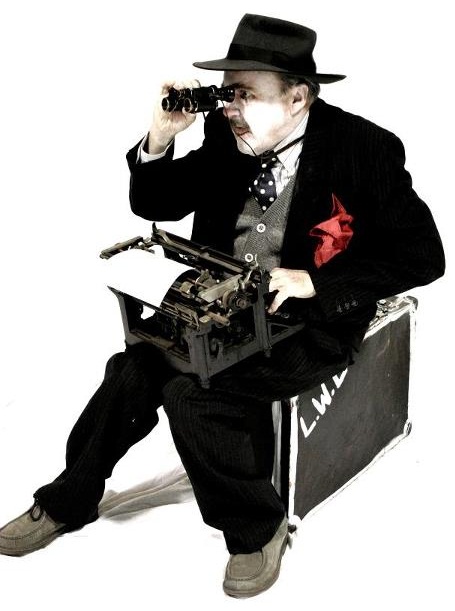 There is only the one typewriter in The Great Gatsby, and it looks to me like a Remington Portable No 2, which didn't reach the market until February 1925 (the movie is set in 1922). It could be a No 1 - I'll be keen to hear what other typewriter-loving viewers think it is. Some critics said it was an Underwood portable - if that had been the case, it would have to have been a little three-bank. 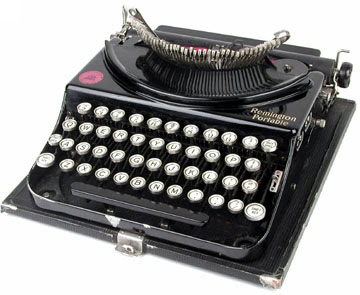 The Remington is seen being used by Carraway/Maguire in the latter parts of the movie, when  Carraway is being treated for his alcoholism in a sanatorium by doctor Walter Perkins (played by Australian veteran Jack Thompson). For all I know, this may well be Carraway recalling events three years after they occurred.  F.Scott Fitzgerald's book was published in 1925.
When Sydney's Fox Studios approached me about typewriters before filming of The Great Gatsby began there, they wanted two typewriters, a standard-size machine for the office of Perkins/Thompson and a portable, both of which they wanted to borrow from me. I freely offered advice, but in the end neither of the typewriters I offered appeared in the movie. Fox "sourced" the Remington elsewhere. Nor did the 1920s ride-on mower the studios borrowed from a collector in Hay, New South Wales, get a guernsey, as far as I could see. Ah well, be it on their heads ... 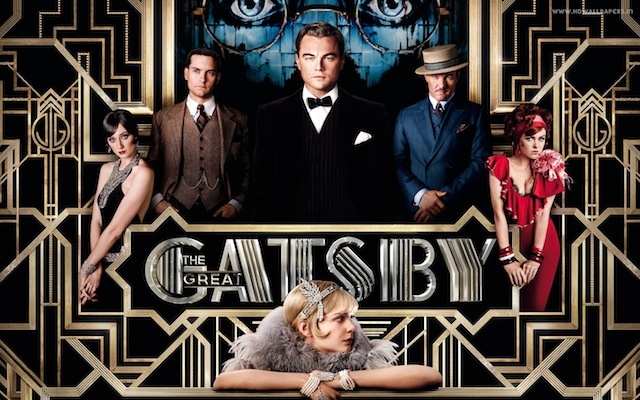 I cannot bring myself to recommend The Great Gatsby. The music, the parties and the car scenes are ridiculous, way, way too far over the top - it's as if Luhrmann set out to make "Jay Gatsby meets John Belushi at an Animal House booze-up stormed by the Blues Brothers". On the other hand, the acting of Leonardo DiCaprio as Gatsby and Australian Joel Edgerton as Tom Buchanan is just superb. 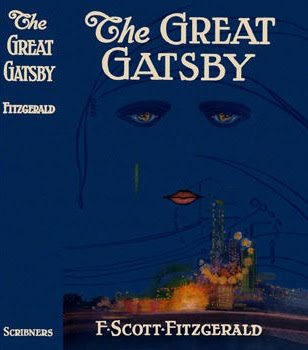 Admirers of Fitzgerald and of his magnum opus will not find anything that adds to their appreciation of the novel. Indeed, real purists are more likely to be disgusted. One guy behind us this afternoon stormed out of the theatre loudly proclaiming the movie to be a "bloody disgrace". I might not go that far, but I wouldn't argue either.
Compared to the flat and rather bemused feeling that this Luhrmann nonsense left me with, I have every confidence I will walk out of Max Cullen's Lenny Lower show tomorrow night with a sense of having been truly entertained (and perhaps even enlightened). Either way, I like the way that Max makes sure he gets the "right" typewriter. 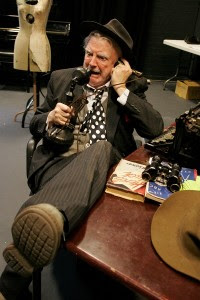 Posted by Robert Messenger at 20:29

Superb review! Your sentiments echo what I feared mine may have been had I gone out to see the movie. This Max Cullen you speak of however, does he ever tour up Brisbane way perchance?

I'm afraid I turned down an invitation to see the film last weekend. I read the book, once, a long time ago and never really got it (though I understand that others do, and big time) and I've watched the Redford version on TV before now. So now, I probably never will. It reminds me of a discussion I was having about Sherlock Holmes last week - about authenticity etc. It turns out he was a fictional character of course. Enjoy the play!

My assumption is that the narration occurs some years after the events of that summer in 1922. I suppose Nick could have visited the sanatorium in the winter of 1922, but he would not have had a very long addiction. Also, could it not be a #1?

My guess is the director chose that typewriter because of its exoticness.