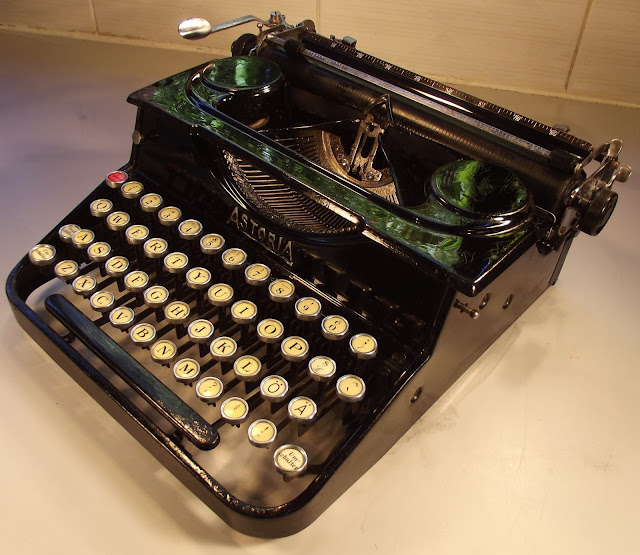 I hasten to add this AST-oria is not busted - far from it. In fact, it is working like a champion - despite the fact it has obviously received a rather nasty bang on its left eyebrow.
It's a bright, sunny day here today - as can clearly be seen in the reflections off the shiny surface of this Astoria portable typewriter. It has been a long, sunny period for me as well, at least in terms of typewriters arriving from all parts without having suffered any damage in transit.
That I am experiencing a run of good fortune in this regard was reinforced by a 1939 letter I received relating to this Astoria. It reminds us that typewriters being damaged in transit is not something that has just arrived with the advent of eBay. It's been around a very long while: 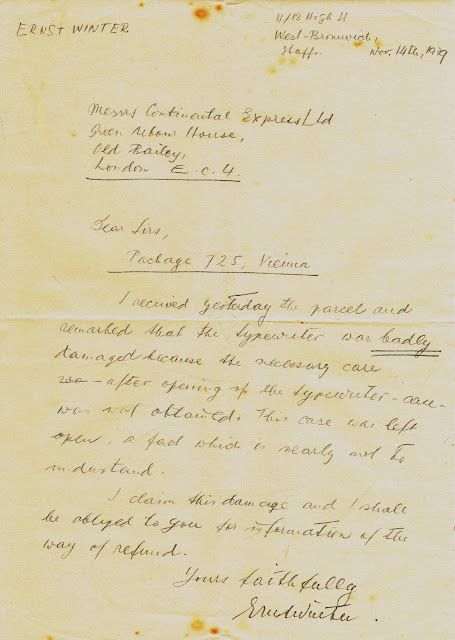 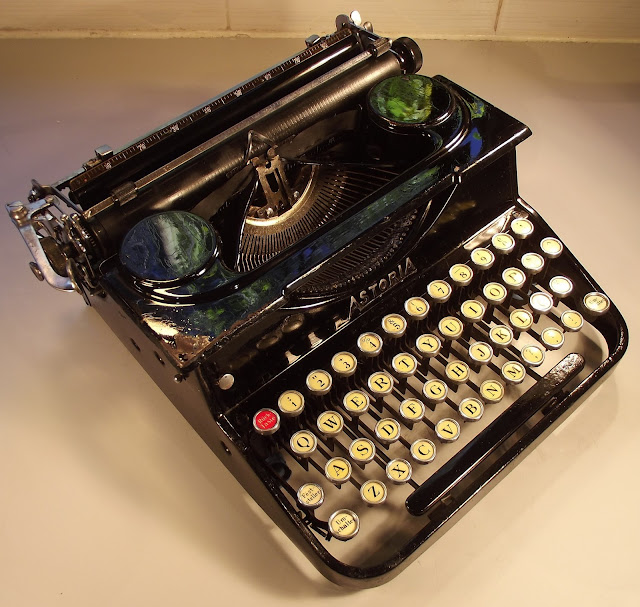 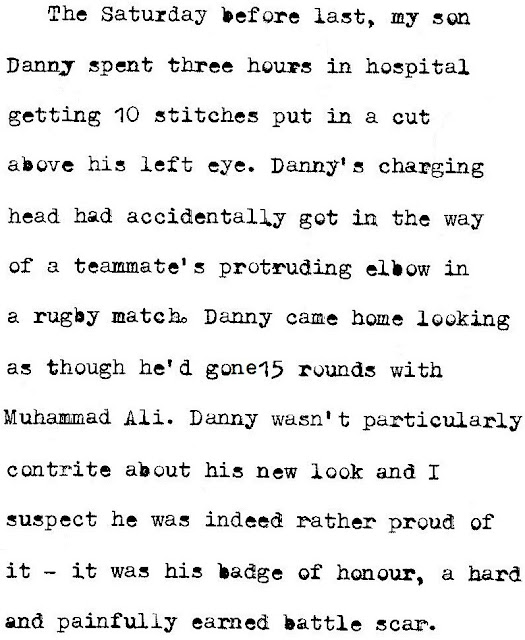 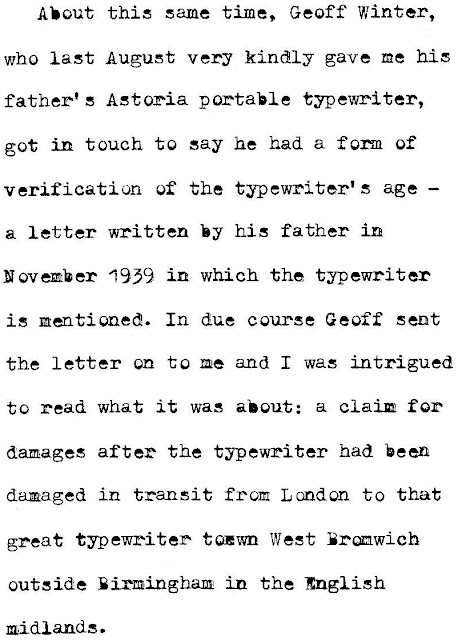 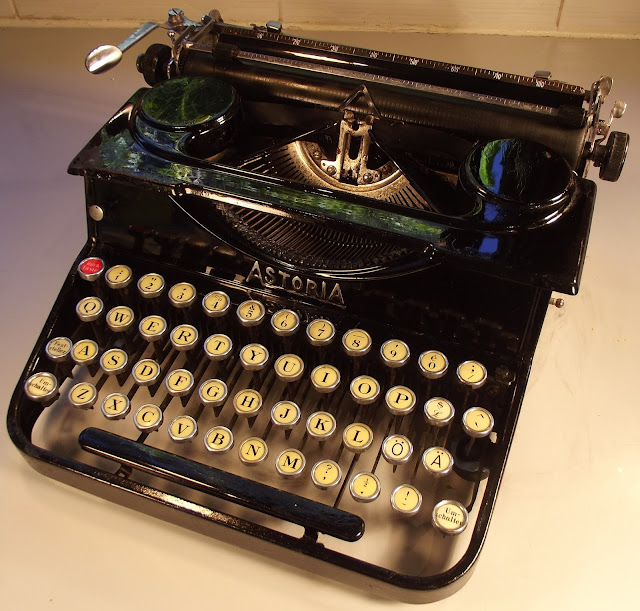 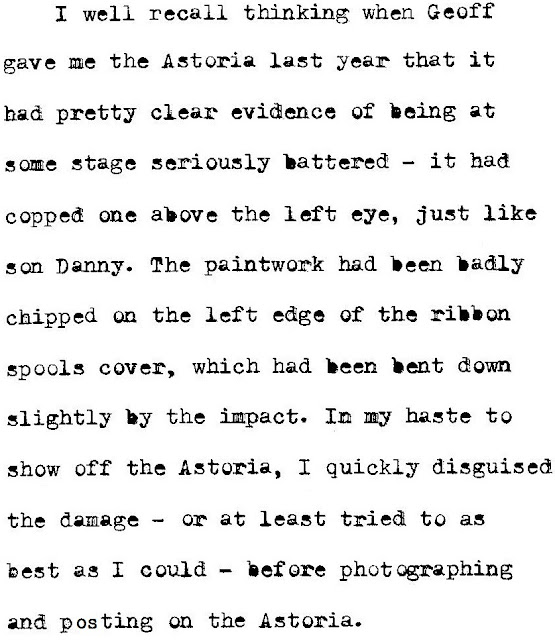 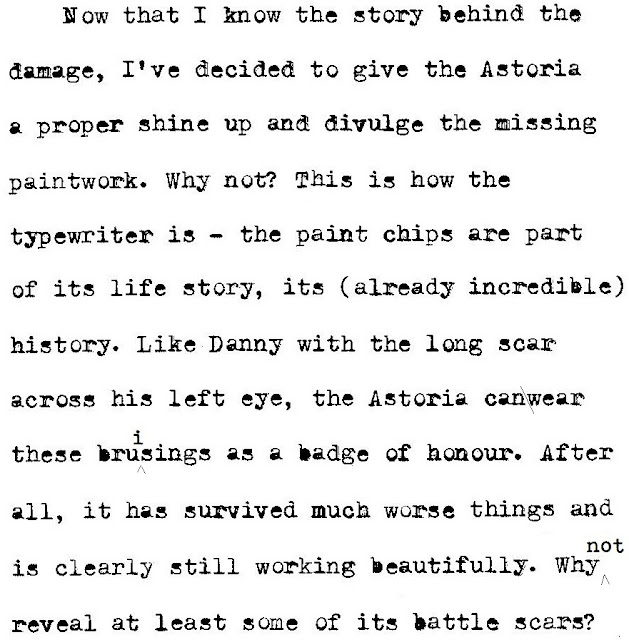 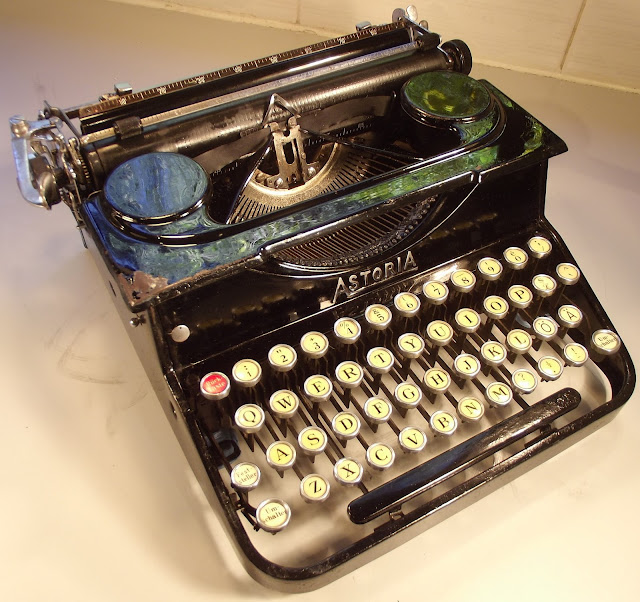 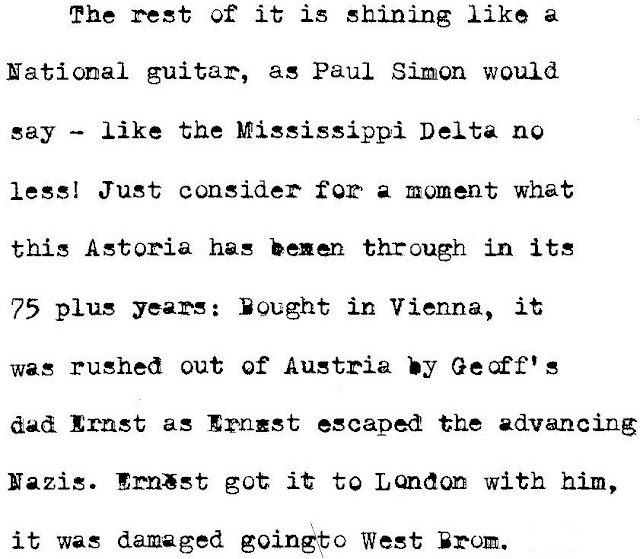 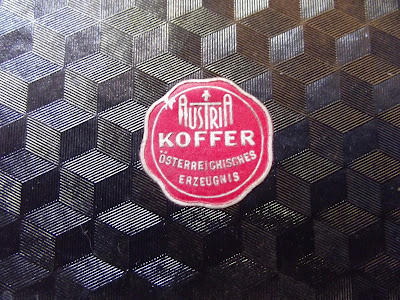 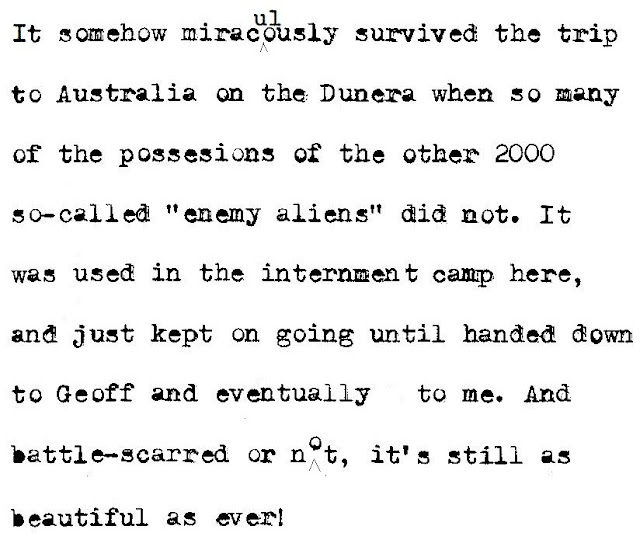 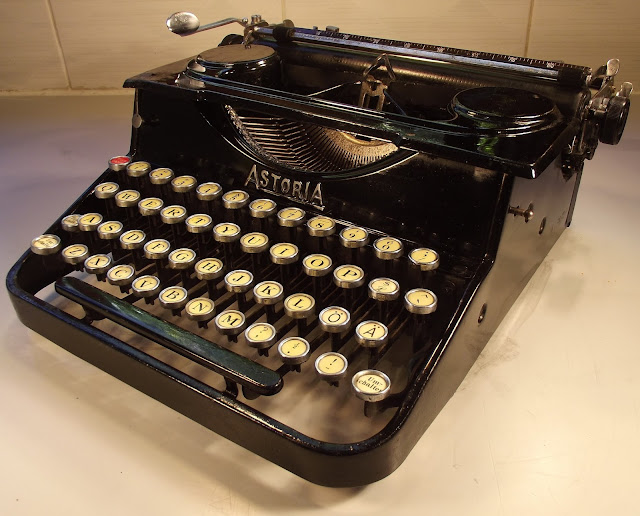 The story of the Astoria's incredible journey from Austria to Australia can be seen here.
The Astoria (serial number A5676) is part of the "Euro Portable Family" and was made by the Società Industriale Meccanica (SIM) in Turin.
In 1939 Geoff Winter’s father escaped Austria alone, leaving his family behind him. His family perished under Nazi occupation.
Ernst Winter became one of the famous “Dunera Boys”.
These men came to Australia from war-torn Europe in a troop transport turned "passenger ship" called the Dunera. Their internment and voyage is regarded as “one of the more notorious events of British maritime history”. On July 10, 1940, 2542 detainees, all classified as “enemy aliens”, boarded the Dunera in Liverpool. During the voyage to Australia, the internees’ possessions were rifled and subsequently the British government paid ₤35,000 to the Dunera victims in compensation. Happily, the Astoria survived this outrageous crime.
On arrival in Sydney on September 6, 1940, the detainees were transported by train 750km west to the rural town of Hay in the centre of New South Wales. After Japan attacked Pearl Harbor in December 1941, almost 2000 of these refugees from Nazi oppression were set free.
This pencil and crayon caricature, titled “Rosenbaum typing”, was drawn at the Dunera Boys’ internment camp at Tatura in Victoria by Fred Lowen in 1941. 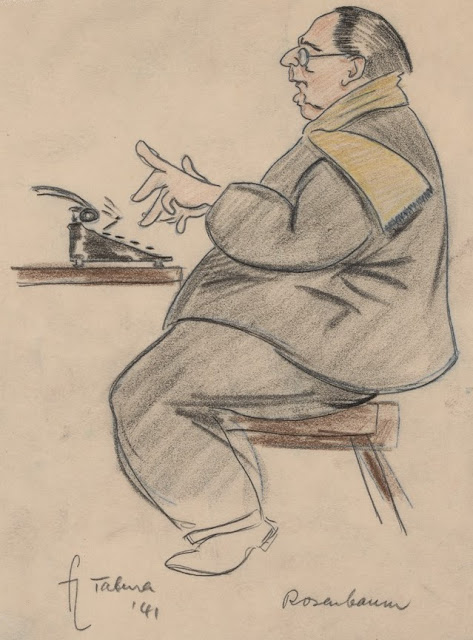 FOOTNOTE: If Alan ("Son of a Dunera Boy"), who commented on the previous post about this typewriter, is out there and reads this, can he please contact either Geoff Winter or myself. We are trying to get in touch with you.
FOOTNOTE II: The first Australian report of a typewriter being damaged in transit appeared in The Argus in Melbourne on December 9, 1876. Alexander Kennedy Smith was the Mayor of Melbourne at the time. Kennedy Smith was one of the first men to import a typewriter into Australia. His typewriter was one of two Remingtons which arrived in Melbourne from San Francisco through Honolulu, Suva and Auckland aboard the steamship the “City of Adelaide” on November 24, 1876. The other was for W.H.Masters: 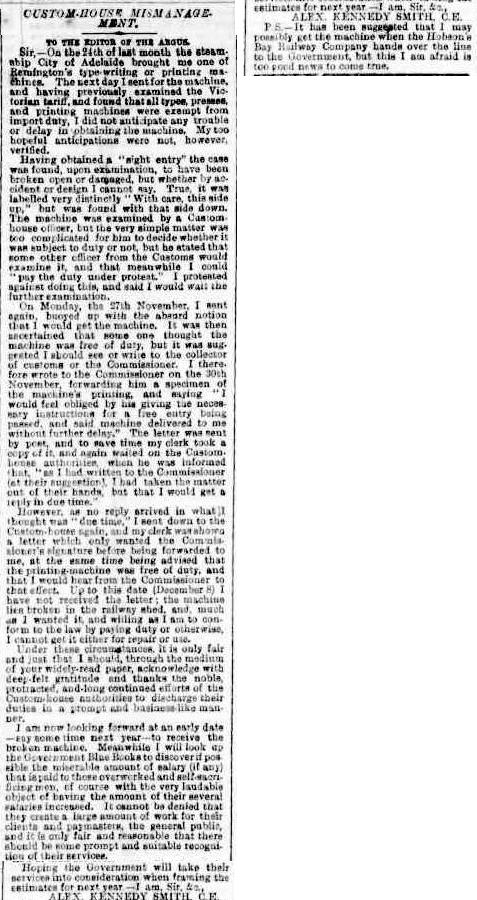 Posted by Robert Messenger at 17:44

Alan (Son of Dunera Boy.
My email is a.morgenroth@hotmail.com
I would be delighted to hear from you or Geoff!
Alan