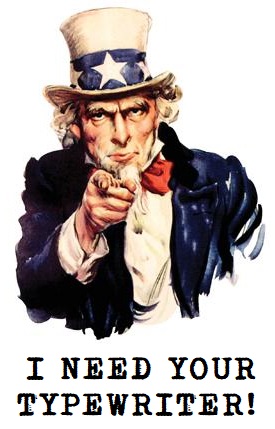 In early 1943, the rallying call went out across America: “Uncle Sam needs your typewriter”. The nationwide demand from the United States War Production Board, according to the Cincinnati Post on February 9 that year, was for 600,000 typewriters! Each major city was set a target of at least 4000 typewriters (including Cincinnati). In May, it was pointed out by WPB head Donald M. Nelson that “The great need for typewriters was emphasized when it was known that 4000 typewriters were lost in the first convoy to Africa.” I’m presuming this was headed to North Africa, but I can’t find any further details about typewriters being lost, on which ship or when. But whatever the circumstances, Nelson was “directing attention to the typewriter crisis and urged full cooperation” from all typewriter making or owning Americans. 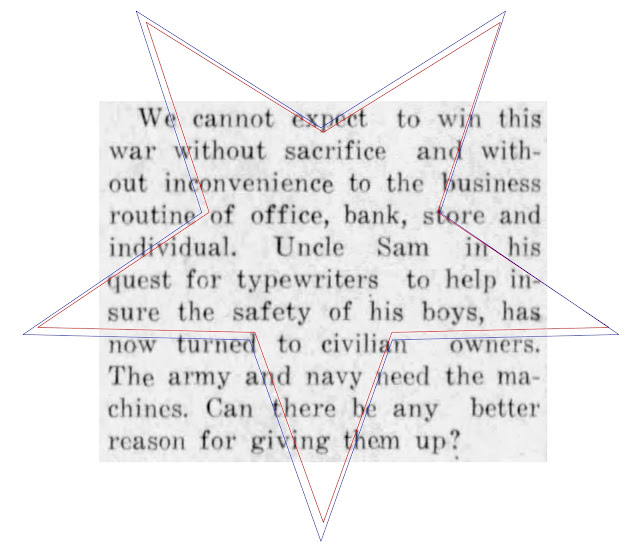 The Logan Daily News in Ohio editorialised, “It takes more than bullets and tanks to win a war. Typewriters have their important role, too, and every machine that can be spared belongs on the war front.” In Cincinnati the WPB’s man was Elmer C. Henlein, who in October 1942 said the US government had asked US businesses to pledge to the cause one in every four typewriters sold since January 1, 1935. The Cincinnati Post said the typewriters were needed by the US Army, Navy and Maritime Service. This was extended to the Air Force, and the Post quoted Henlein as saying, “A typewriter is an essential piece of equipment on every bomber, battleship, aircraft carrier, cruiser and destroyer, because every message sent or received by all radio operators must be typed.” Henlein also pointed out that the American typewriter industry had (from March 1942) converted factories to other fields in the war effort and was unable to meet the demand for typewriters. (Typewriter production ended in October 1942.) Typewriter businesses contacted in the Cincinnati area to assist included Remington, Royal, American Writing Machine, Woodstock, L.C. Smith and Corona, and Underwood-Elliott Fisher. 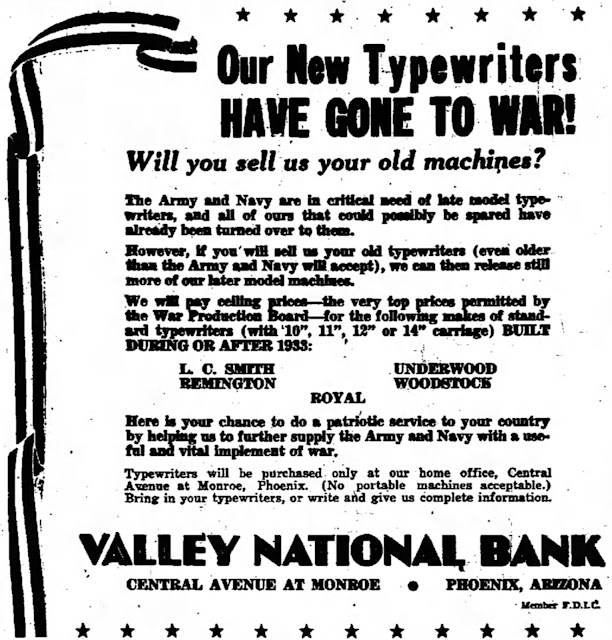 By early October 1942 4000 typewriters had been mustered from private owners in Texas, Oklahoma and Louisiana. New England had amassed 26 per cent of a target of 44,000 typewriters by mid-May 1943. Governor Sumner Sewall echoed Henlein’s Ohioan view, saying, “Typewriters are needed at vital communication, supply and administrative centres, as well as on Flying Fortresses, battleships and submarines.” Numbers of machines were matched by the US Navy recruiting “4000 typewriter sailors”. At the end of May New England appointed Charles S. Sumner to head the “New England Army-Navy Typewriter Week”. 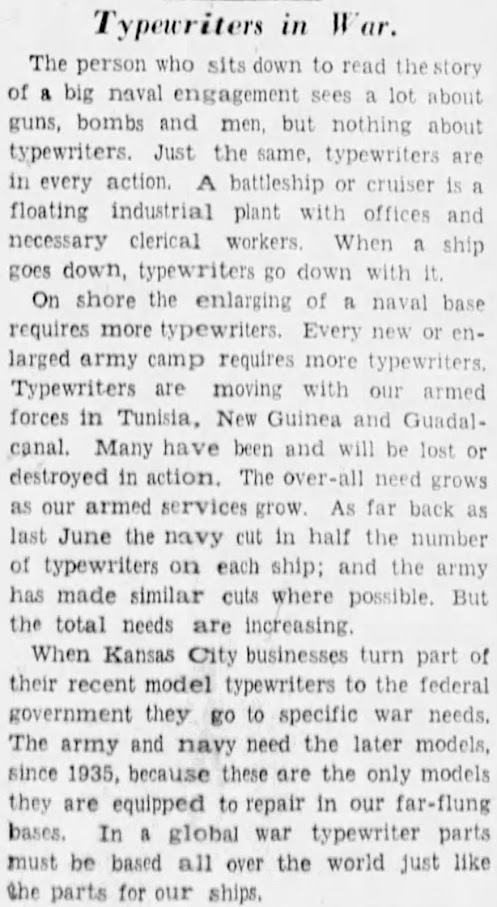 Kansas City Times, November 24, 1942, presumably
just after the 4000 typewriters had been lost at sea.
Posted by Robert Messenger at 14:26

Good story! No wonder there was huge consumer demand just after the war. I run across a lot of typewriters from the late '40s.