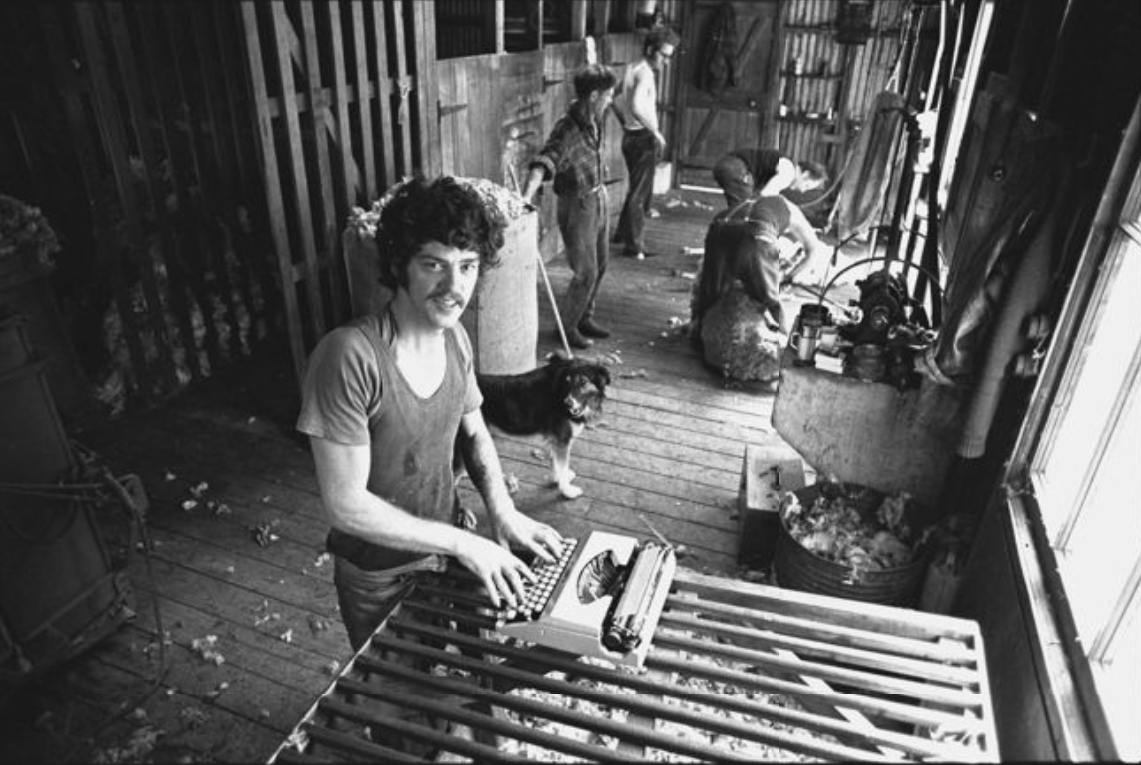 This wonderful image of a young Rangiora sheep shearer called Roy Bryant using a Silver-Seiko portable typewriter in a shearing shed in October 1973 in Hawarden, a rural settlement in the Hurunui district of North Canterbury, New Zealand, immediately stirred thoughts of that classic Australian song Click Go The Shears. So much so we rewrote the chorus, which now goes:

Bright are his eyes and his hands move quick.

The platen turns around as it’s beaten by each blow

And glory with each sentence as the words just FLOW. 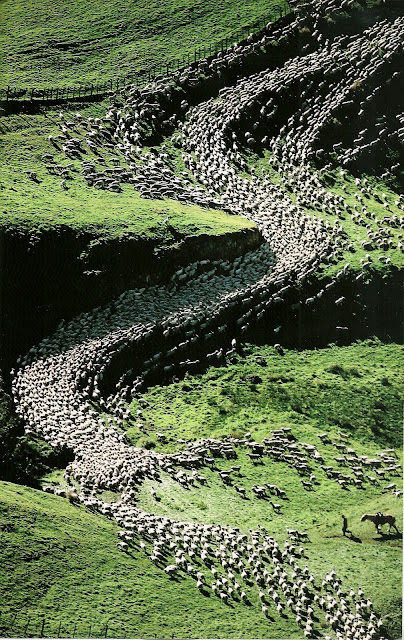 And why not, now that New Zealand has 5.6 sheep for each of its five million people, down from 22 per person in 1982? At that rate of decline in sheep numbers, typing might once again become as prevalent as shearing! 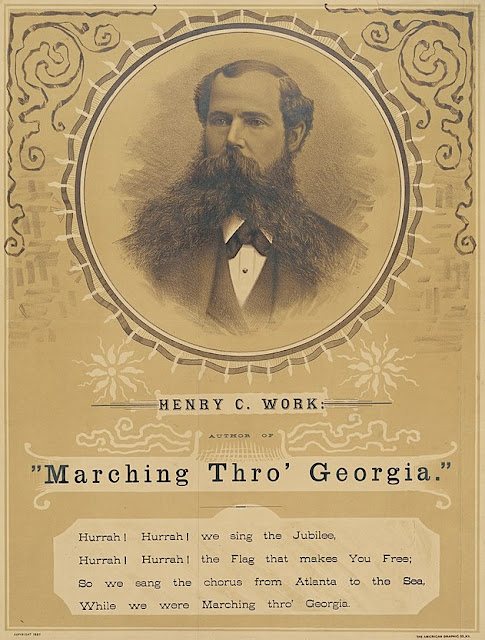 What’s more, while the words of Click Go The Shears were written in 1891 by a man called “C.C.” of Eynesbury in the Bacchus Marsh area of Victoria, the catchy tune is actually American. It's from the Civil War song Ring the Bell, Watchman by Henry Clay Work (1832-1884), who also wrote Marching Through Georgia, Wreck of the Old 97 and My Grandfather's Clock. The chorus of Work’s Ring the Bell, Watchman goes:

Yes, yes! the good news is now on the wing.

Yes, yes! they come and with tiding to tell

Which could, after all, also be related to a typewriter. 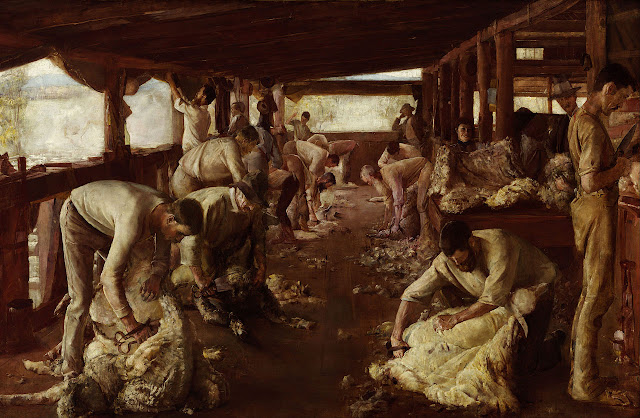 Click Go The Shears was originally named The Bare Bellied Ewe and the lyrics first published at the time of a major shearers' strike. This  was one of Australia's earliest and most important industrial disputes, primarily between unionised and non-unionised wool workers. The outcome is credited as being one of the factors for the formation of the Australian Labor Party and the rise to power of a pro-Labor Party faction in the Australian Socialist League.

In just over a week the Australian Labor Party seems likely to be returned to power here in a federal election. All the omens line up, from a typewriter in a shearing shed in 1973, when Cantabrian Norman Kirk was the far-sighted Labour (different spellings either side of the Tasman Sea) Prime Minister of New Zealand and Gough Whitlam the visionary Labor Prime Minister of Australia. Now Labour is ensconced in New Zealand, with Jacinda Ardern the world’s most admired (internationally, at least) Prime Minister, and if Labor also wins in Australia on Saturday week, we’ll be marching through Canberra!

By the way, the actual chorus of Click Go The Shears is:

Wide is his blow and his hands move quick,

The ringer looks around and is beaten by a blow,

And curses the old snagger with the blue-bellied yoe.

Posted by Robert Messenger at 20:49