Why Wouldn’t Jack Tramiel ‘Fess Up To His Rheinmetall Deal? 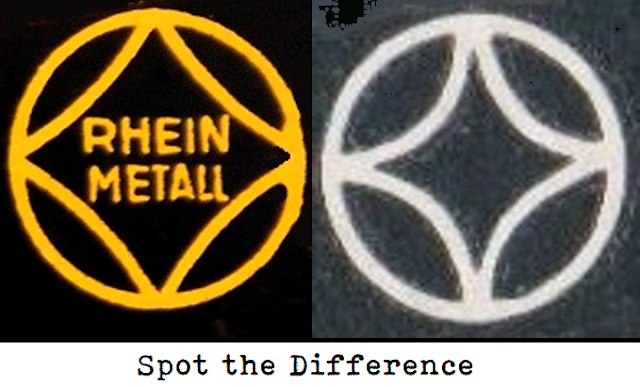 Small things amuse my small mind and I had to smile the other day when the ubiquitous “Unknown” commented on this blog that the Nakajima Litton Royal portable I’d posted about “looks exactly like my Imperial Good Companion 203, which was also made in Japan and has a similar serial number. Are the two related?” Not just related, pal, but one and the same typewriter! I readily confess that I do tend to write blog posts assuming readers know a little bit about typewriter history, and goodness knows – egged on constantly by Imperial devotee Richard Amery in Sydney – I have written many posts about Litton Industries taking over Royal and Imperial in the mid-1960s. Admittedly, the Imperial Good Companion 203 doesn’t, from memory, have the Litton logo on it, but it would have taken less than 30 seconds to search this blog and find the connection between it and the Japanese-made Royal. 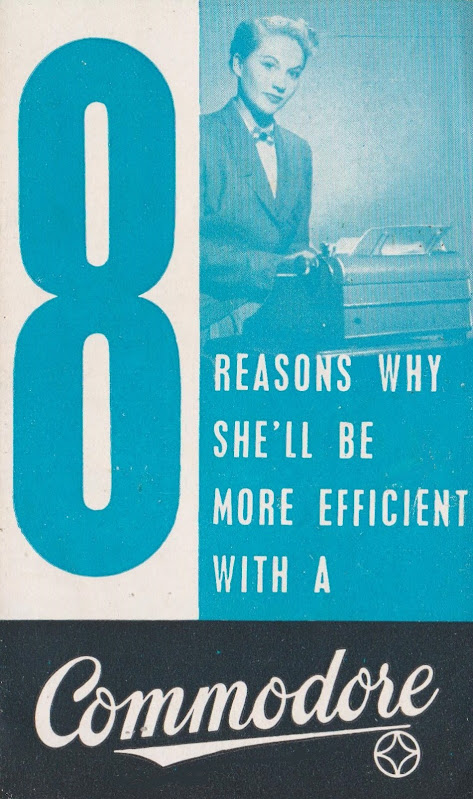 The point I’m getting to here is that in my book a Nakajima is a Nakajima, regardless of what name is on the ribbon spool cover. I don’t think of a Nakajima called a Royal as a Royal typewriter, any more than I think of a Nakajima Imperial Good Companion as having any physical connection whatsoever with Leicester in the East Midlands of England. But for me the confusion which has caused the most amusement concerns Commodore typewriters. I have seen many comments on this blog from people who have bothered to do a little bit of research and have been surprised to find that their Commodore typewriters are actually Rheinmetalls. Yet one of two Commodore owners have simply refused to accept the blindingly obvious. I remember that many years ago a woman seeking advice on a Commodore she planned to list for sale in Melbourne refused point blank to see any similarly with a Rheinmetall. I gave up.

One thing I will admit is that, far more so than with Nakajima- and Silver-Seiko-made Litton typewriters, in the case of the Commodore and the Rheinmetall, there was a massive degree of subterfuge involved. The visual evidence is very clear - after all, they are the same typewriter. But when it came to backgrounding the Commodore’s production history, Jack Tramiel’s company was shy about its ties with Rheinmetall, to say the very least. Can this be explained by the fact that while Tramiel was a survivor of a Nazi death camp – one in which his own father had been murdered - he was buying typewriters from a German company that had built Nazi armaments? I suspect that may be so. 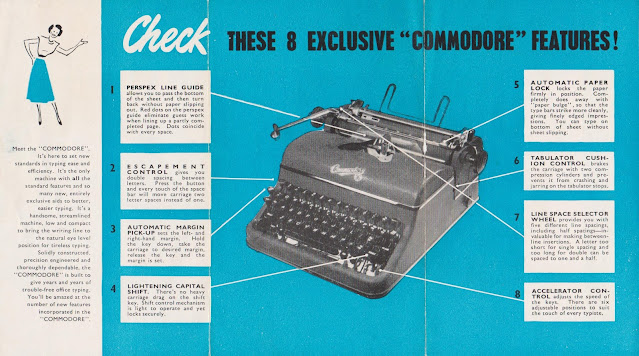 In late April 1952 the Rheinmetall-Borsig typewriter company was freed from Soviet Union control. Rheinmetall’s typewriter plant was one of 66 industrial factories returned to an East German nationalisation network (BMW was another). In the immediate aftermath of Word War II, it had been operated by Soviet corporations and its output had gone almost wholly to Russia. The effort to appease 18 million East Germans about their new rulers allowed Rheinmetall to again look West for business, and eventually it found a keen buyer for its machines in Tramiel. In Canada it started to sell calculators in 1956, the year after Tramiel had set up shop in Toronto (he considered moving operations to Jamaica in 1959). 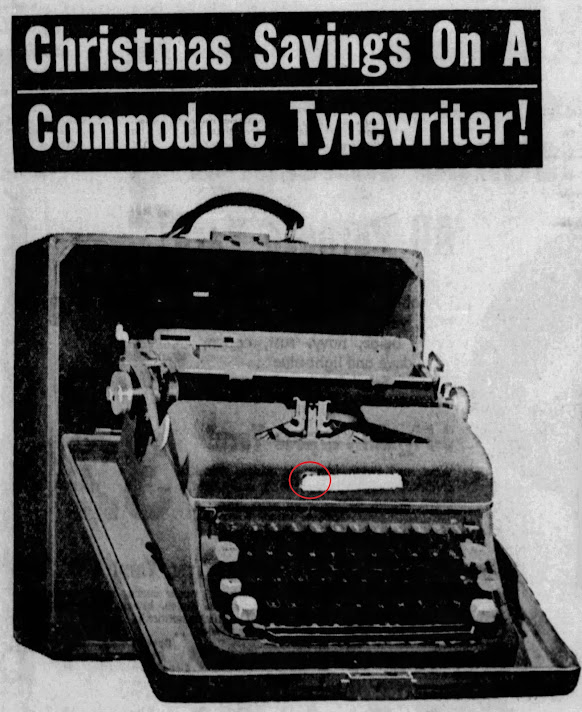 The connection between Commodore and Rheinmetall has undoubtedly been very well hidden. If, for example, one takes a close look at Wikiwand’s extensive entry of Commodore International, it’s easy to find references to Tramiel’s tie-up with Czechoslovakian manufacturer Zbrojovka Brno – which Wikiwand dates to 1958, with an attribute to Brian Bagnall’s 2005 book On the Edge: the Spectacular Rise and Fall of Commodore: The Spectacular Rise & Fall of Commodore. This was three years after Tramiel and Manfred Kapp had formed Commodore Business Machines in Toronto – both had started out as typewriter repairmen, working together for the Ace Typewriter Repair Company in New York City in the early 1950s. Wikiwand, however, makes no mention whatsoever of a link with Rheinmetall. Yet advertising for Commodore typewriters in Australia in 1958 clearly shows the machines are Rheinmetalls, and in Calvary, Alberta, a Rheinmetall KTS was shown as a Commodore with the name Rheinmetall obviously whited out in the ad (see above). This model continued to be sold in Alberta the next year, while elsewhere in Canada in 1959 various Czech-made models were advertised as Commodores. When Commodores started to be sold in the United States in 1961, they were a mix of Czech and German, though mainly Czech. Rheinmetalls were briefly sold under their own name in the US in 1960, along with other East German brands such as Optima and Groma. From September 1962 Rheinmetall typewriters were produced in Denmark. 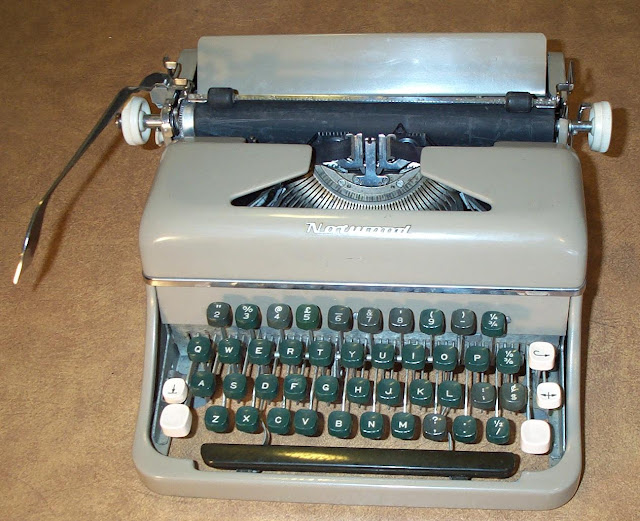 My Czech-made Norwood. These were also sold as Commodores, Admirals and Presidents. In this case, relabelling was cheap and easy. Relabelling Rheinmetalls was a little more complicated, though for some reason it still left hints of the machine's origin.
Commodore’s past reliance on Rheinmetall typewriters was not mentioned when in the late 1960s Samuel Hughes QC chaired a Royal Commission inquiring into the failure of Atlantic Acceptance Corporation, a Ontario-based finance company which collapsed in June 1965 in one of the biggest financial scandals in Canada at that time, with an estimated $65 million loss to investors. Headed by Campbell Powell Morgan, a Toronto chartered accountant, Atlantic held a large stake in Commodore Business Machines, and had three directors on the board of Commodore. Tramiel agreed to testify under the protection of the Canada Evidence Act and outlined the financing of the Commodore Portable Typewriter Company Limited with a loan from a “Don Mills”, a name jointly covering the identities Tramiel, Kapp and Morgan. Asked by Commission counsel Albert Shepherd whether using one fictitious name for three men was intended to deceive anyone, Tramiel replied, “Not as far as I was concerned. Nothing was hidden.” 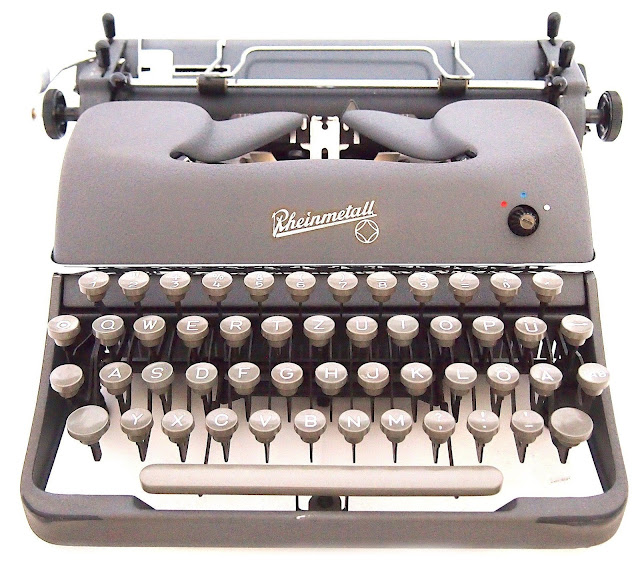 But it was, of course. Details of the deal with Rheinmetall were well and truly hidden, and have remained so. Even in Bagnall’s final interview with Kapp, it seems, it didn’t come up. See here. So all we can do is form opinions about this, and I am inclined to back those (including a gentleman in Toronto) who say that Commodores were not reassembled from Rheinmetall parts in Canada, but were shipped in fully assembled and at best relabelled in Canada. Although even that is doubtful. Indeed, anything Jack Tramiel ever said or did seems to have had a touch of doubt about it.
Posted by Robert Messenger at 20:43

Love this one ,Robert. I'm always fascinated by the lengths people will go to deny whatever makes them uncomfortable. Thanks for sorting out the facts for us!