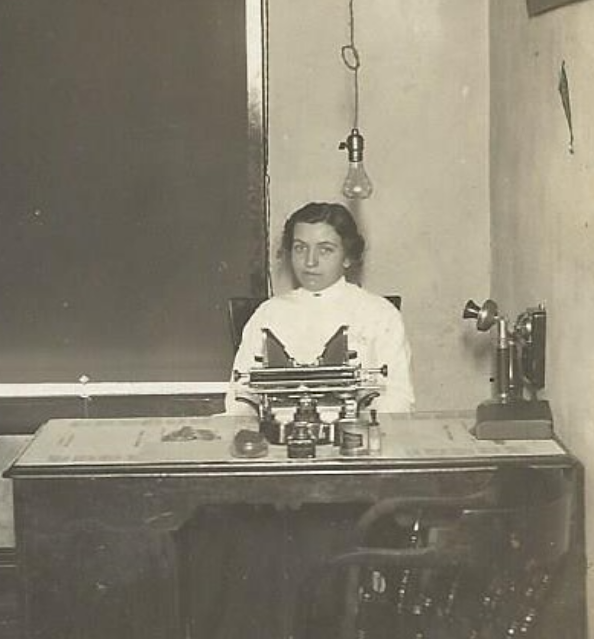 Here we see Clara Ellen Baker, private secretary to American inventor Elwood Haynes, at her Oliver typewriter in Haynes’ offices in Kokomo, Indiana, sometime between 1913-15. Clara was to later play a vital role in protecting Haynes’ stainless steel patent for his family after the inventor’s death in 1925. Hayes kept all his notes in code and Clara was the only person who could decode them in court litigation hearings. Clara was born on October 9, 1891, in Logansport, Indiana. She began work as a stenographer for a dry goods store in Logansport in 1910 before moving south to Kokomo to join Haynes’ organisation. She left Haynes’ employ when she married Leo Laurence Prestel in September 1915. Clara died on December 29, 1977, in Albuquerque, New Mexico, aged 86. 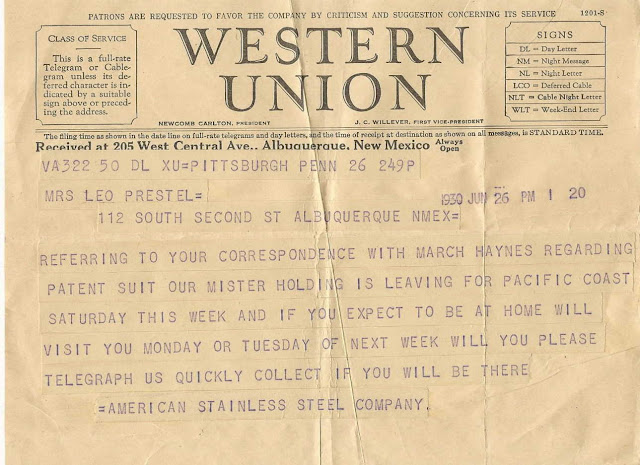 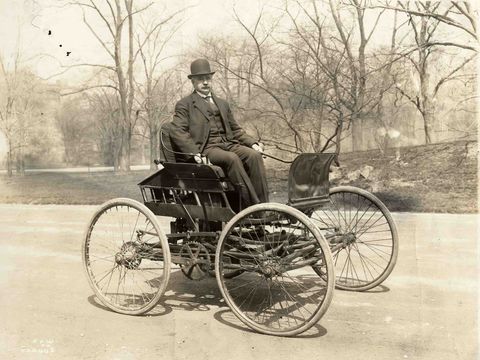 Elwood Haynes (1857-1925) was an American inventor, metallurgist, automotive pioneer, entrepreneur and industrialist. He invented the metal alloy stellite and independently co-discovered martensitic stainless steel along with Englishman Harry Brearley in 1912 and designed one of the earliest automobiles made in the United States. He is recognised for having created the earliest American design that was feasible for mass production and, with the Apperson brothers, he formed the first company in the US to produce automobiles profitably. He made many advances in the automotive industry.

Early in his career, while serving as a field superintendent at gas and oil companies during Indiana's gas boom, Haynes invented several devices important to the advance of the natural gas industry. When working for the Indiana Natural Gas and Oil Company, he oversaw the construction of the first long-distance natural gas pipeline in the US, connecting Chicago with the Trenton Gas Field 150 miles away. He began to formulate plans for a motorised vehicle in the early 1890s; he successfully road tested his first car, the Pioneer, on July 4, 1894 - eight years after the first automobile was patented in Germany. He formed a partnership with Elmer and Edgar Apperson in 1896 to start Haynes-Apperson for the commercial production of automobiles. He renamed it Haynes Automobile Company in 1905, following the loss of his partners. 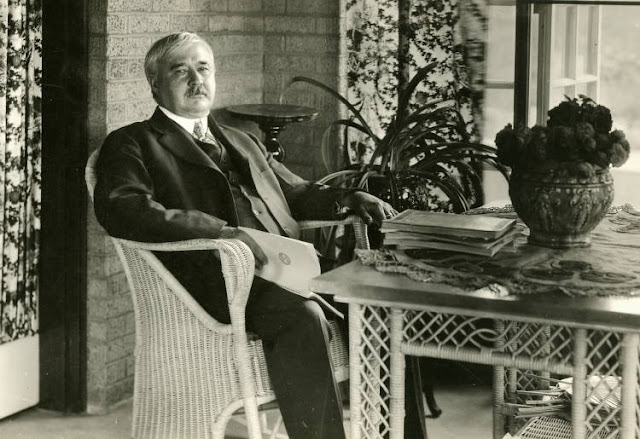 Working in his laboratory to develop new corrosion-resistant metals for auto parts, Haynes discovered that mixing tungsten with chromium, steel and iron resulted in the formation of strong and lightweight alloys that were impervious to corrosion, and could endure high temperatures. In 1912, he formed the Haynes Stellite Company to produce one of the new alloys, and received lucrative contracts during World War I, making Haynes a millionaire in 1916. He sold his patent for stainless steel to the American Stainless Steel Company in exchange for enough stock to gain a seat at the company's board of directors, a position he held for 12 years. He merged the Haynes Stellite company with Union Carbide in 1920. After passing through different owners, the company was renamed and is now called Haynes International. Haynes returned his focus to his automotive company, but in the economic recession of the 1920s the business went bankrupt and was liquidated. Stellite remains an important metal, as its ability to withstand high temperatures has made it a component in American spacecraft. 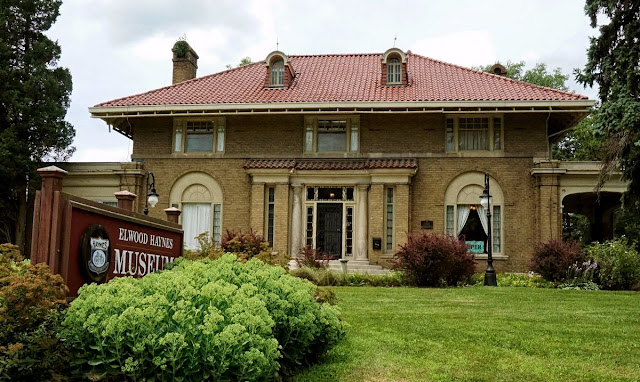 Haynes was born on October 14, 1857, in Portland, Indiana. He died in Kokomo, Indiana, from congestive heart failure, the result of complications arising from influenza, on April 13, 1925, aged 67. His daughter Bernice bought back the mansion in 1965 and donated it to the city of Kokomo, which converted it into the Elwood Haynes Museum. It has been open to the public since 1967. 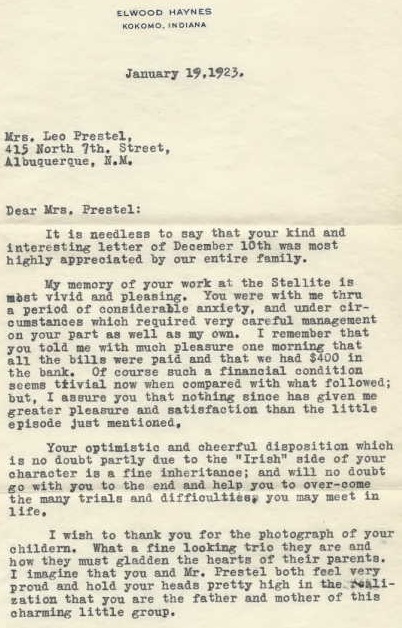 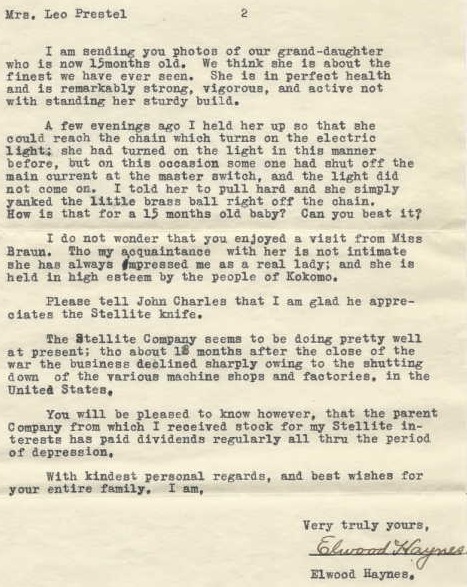 Posted by Robert Messenger at 10:21

I learned of Haynes as inventing and improving stainless steel. I never knew of all his other inventions.