The Frog on the Typewriter 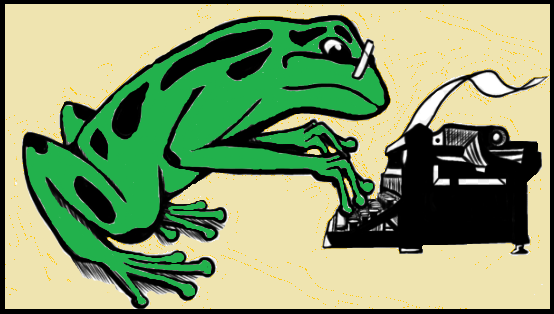 In January 1993 the late essayist Nora Clemens Sayre (1932-2001) had a charming piece published in The New York Times titled “The Frog on the Typewriter and other Literary Visitations”. Bermuda-born Sayre, a film reviewer for The New York Times in the 1970s and a writing teacher for many years at Columbia University, recalled stories told by her parents and their friends during her childhood. They were “the fairly cynical and still adventurous heirs of H.L. Mencken, most of whom wrote for The New Yorker of Harold Ross and William Shawn.” The group included James Thurber and E.B. White and Nora Sayre’s father, the novelist, war correspondent and screenwriter Joel Grover Sayre Jr (1900-1979), a friend of Thurber’s from childhood. Joel Sayre was an interesting character, but his wife, Gertrude Mullany Lynahan, was much more so, yet unlike Joel and Nora she doesn’t have her own Wikipedia English language entry (strangely enough, she has one in German!). 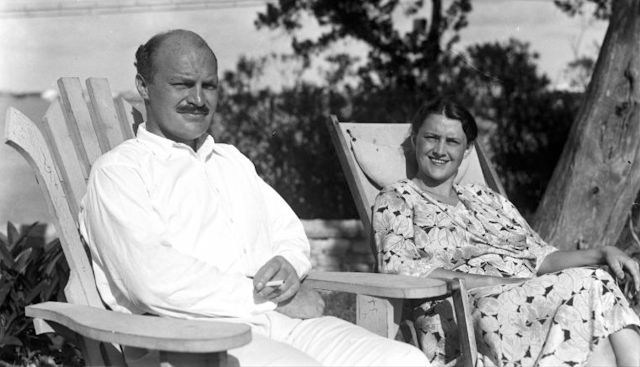 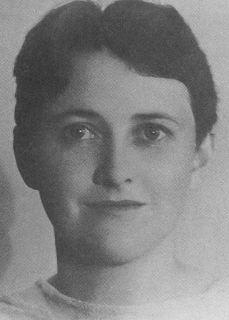 As Nora pointed out in her 1993 New York Times article, Gertrude started out in journalism as a reporter for her hometown Corning Daily Leader then with the Springfield Union in Massachusetts before, in 1925, joining The New York World, where she covered such things as the Scranton anthracite strike of 1925-26 and, as the first female sports writer for the World, a women’s perspective of the 1926 world heavyweight boxing title fight between Gene Tunney and Jack Dempsey. She also wrote for The New Yorker under the pseudonym Gay Lane. Gertrude was born in Corning, New York, on October 11, 1900, and graduated from Cornell in 1923 (a photo of the young Cornell student, above left). As part of the media circus covering the infamous Hall-Mills murder case, she met Joel Sayre and they married in Manhattan in 1930. 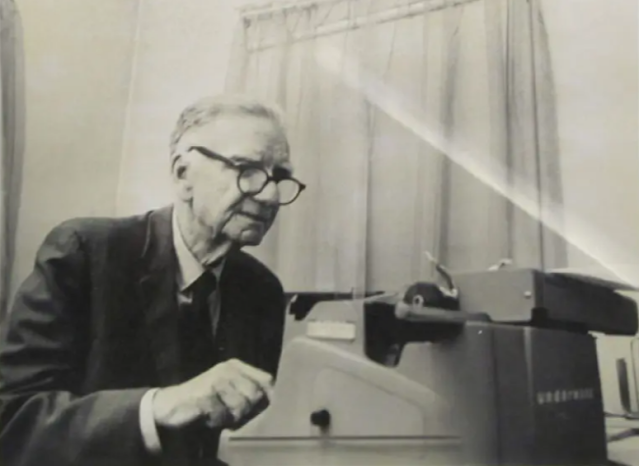 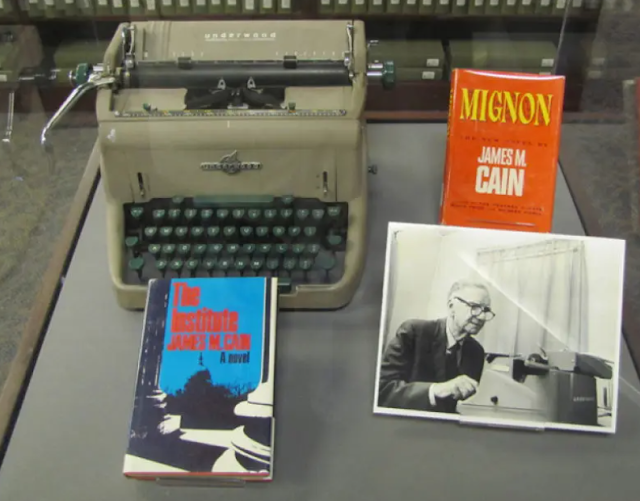 Nora Sayre recounted the story of her mother, when she joined the World, being warned by Mencken to be wary of editorial writer James Mallahan Cain (1892-1977) “making passes”. Cain is usually associated with the hardboiled school of crime fiction and is seen as one of the creators of the roman noir. His crime novels included The Postman Always Rings Twice, Serenade, Mildred Pierce and Double Indemnity.

Gertrude died in the Goldwater Memorial Hospital in New York on August 2, 1960, aged just 59. Nora wrote that some years after her death, Cain wrote to Nora “that she [Gertrude] had reproached him – over lunch at a ‘high-toned’ speak-easy called the Divan Parisien – for giving her the worst five minutes of her life. That particular morning, when she was sitting at her desk in the city room at The World and meditating on the low quality of the gin of the night before, a shiny green shape the size of a chicken appeared on her typewriter and glared at her. It looked like a frog, but she knew that no frog could be so huge. Fearing on onslaught of delirium tremens, she forced herself to touch it and found it ‘cold and soft and horrible’ - and real. She was telling Cain that a copy boy had carried it away when he interrupted, referring to an editorial he’d written a couple of weeks before, complaining that the frogs’ legs served in New York restaurants were far too small. In West Virginia, he said, they were much bigger. But a reader in Richmond wrote in to announce that he would prove that his county’s frogs were even larger. So the man had mailed his evidence, addressed to the Frog Leg Editor, and the thing had escaped when the box was opened. It was promptly delivered to the New York Aquarium, where it was hailed as a rare species, and Cain apologised to my mother for the shock to her equilibrium.” 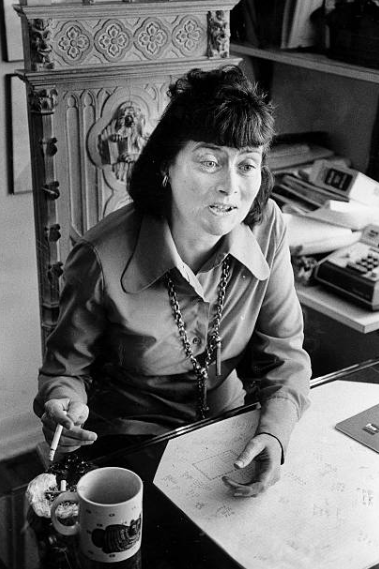 Posted by Robert Messenger at 20:38