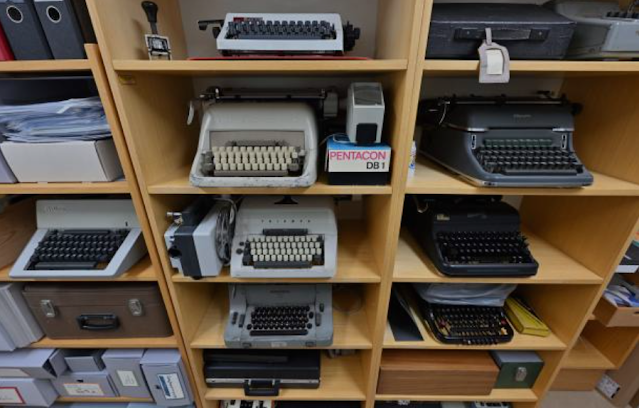 Suhl, a small city in Thüringen, Germany, south-west of Erfurt - of Olympia and Optima typewriter fame - and a neighbour of Zella-Mehlis - of Mercedes typewriter fame - is about to celebrate its own rich typewriter heritage. An exhibition in Suhl’s House of History, on German Unity Square, will exhibit a collection of historical typewriters from the Suhl municipal archive. The large building will reopen next Saturday after renovation and reconstruction. 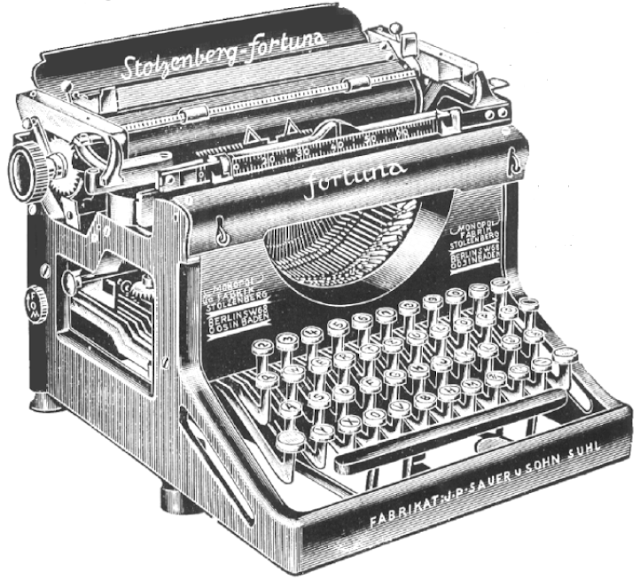 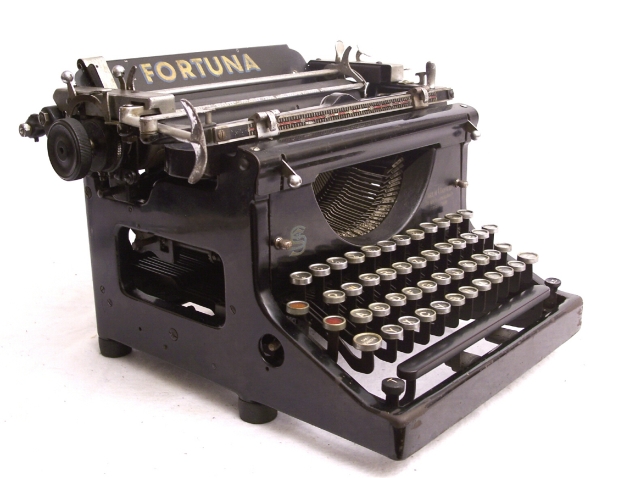 Two notable German standard typewriters to emerge from Suhl were the Regina and the Fortuna. The Fortuna came from the hunting gun factory J.P. Sauer & Sohn (Johann Paul Sauer and his son Lorenz), founded in 1751 by J.P.'s grandfather Lorenz Sauer. After World War I it started producing typewriters. The Stolzenberg-Fortuna, designed by Carl Schlüns, formerly chief designer for Mercedes in Zella-Mehlis, was produced in 1923. Schlüns, born on May 12, 1870, in Hagenow, served an apprenticeship at the Stock & Kärger machine factory and completed his studies at the technical centre in Neustadt. He then worked as a machinist's assistant at North German Lloyd and became an engineer in special machine construction in the button industry in Schmölln, an assistant for special machine construction in Gotha and chief designer at the Albert Hirth company in Stuttgart and at the Hamburg-American watch factory in Schramberg in the Black Forest, before becoming a workshop organiser at AEG in Berlin. In 1907 he was hired as a designer and manager of the newly founded Mercedes office machine works.  In 1908 the company relocated to Mehlis, later Zella-Mehlis. In 1914, Schüler constructed the first factory-produced, electrically driven typebar typewriter, the Mercedes Elektra - it was not launched until 1921. In 1923, Schlüns set up Iris-Type GmbH , a special factory for typewriters and calculating machines and keys. At the end of 1927 the company was re-established as a subsidiary of Underwood-Elliott-Fisher. The Stolzenberg-Fortuna was initially sold by Stolzenberg in Oos in Baden. After the contract with Stolzenberg expired, the successor model manufactured from 1928 was called Fortuna, the name of the goddess of luck in Roman mythology. It had Royal-style gearing. 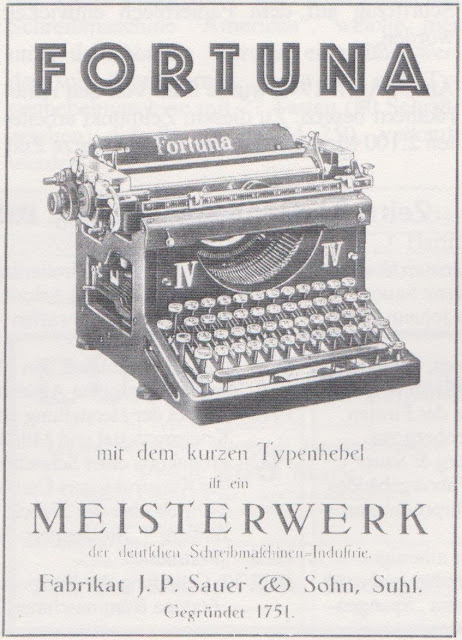 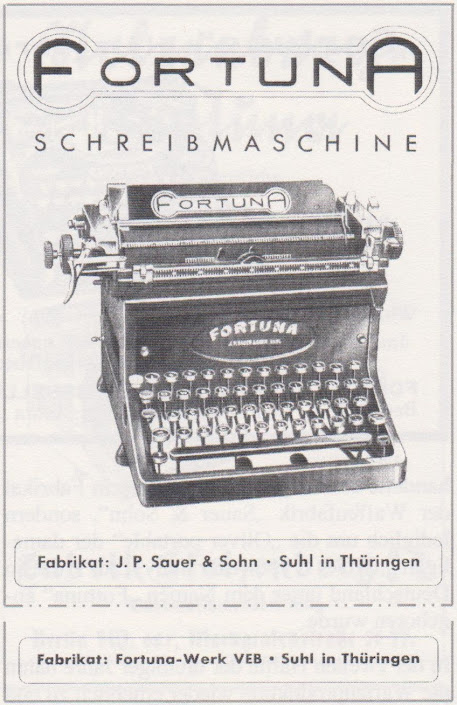 The Regina was made by Schilling & Krämer, founded in 1863 by Christian Schilling and Robert Krämer. In 1902, the iron foundry and machine works acquired the patents for a typewriter that Heinrich Schweitzer had designed for Schefer & Hoppenhöfer on the basis of the Germania Visible and hired Schweitzer as an engineer. Schweitzer, born in Geseke, Westphalia, on June 21, 1873, began working at H. & A. Schefer’s paper factory in Sundern (later Schefer & Hoppenhöfer) in 1899. The company assembled Jewett machines from American-made parts and marketed the product as the Germania. But it had ambitions to make its own visible-writing typewriter. Schweitzer and his brother Alexander worked on this project, which in 1902 was moved to Cologne. After revisions and improvements, the Regina machine came on to the market. It was the first German typewriter based on the Underwood principle. As a special feature, the Regina had a fold-up carriage, which made it easier to change the ribbon and clean the machine. 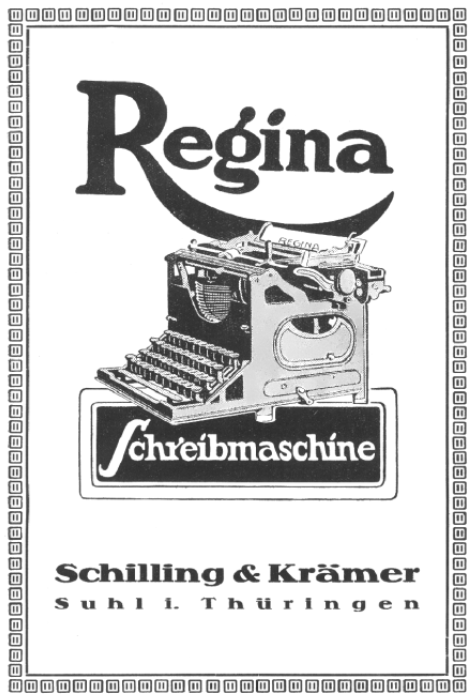 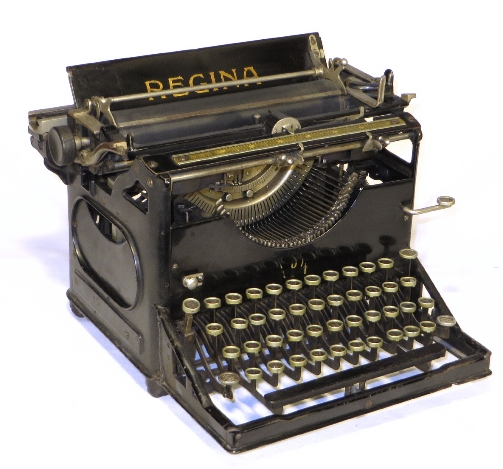 Posted by Robert Messenger at 21:08