Loved But Lost: British and Japanese Typewriters I Have Owned (III)

By an oversight, I included a typewriter made in Nottngham, England, a Bar-Let, among those in Part I, which was meant to be confined to Continental Europe. The two Olivers in that lot were made in Italy and Switzerland, not in England. So today, to square things up and help fill out the numbers in adding 20 more typewriters to those 'Loved But Lost' (making 134 in all three posts) I have included an Empire, which was actually made in Germany, as well as five machines made in Britain but designed in Switzerland or the US. And I have to admit that, part from the first model Imperial Good Companion and the Imperial Model B, these are typewriters I wouldn't exactly lay down my life to have back - unlike every one of the 114 machines in my previous two posts. The little Nippo P-200 provided a lot of fun and the Smith-Corona Golden Shield Courier is an absolutely gorgeous machine. Other than that, I know I can always just pop up the road to Richard Amery's place in Sydney to be able to use some of the other Imperial Good Companions :) 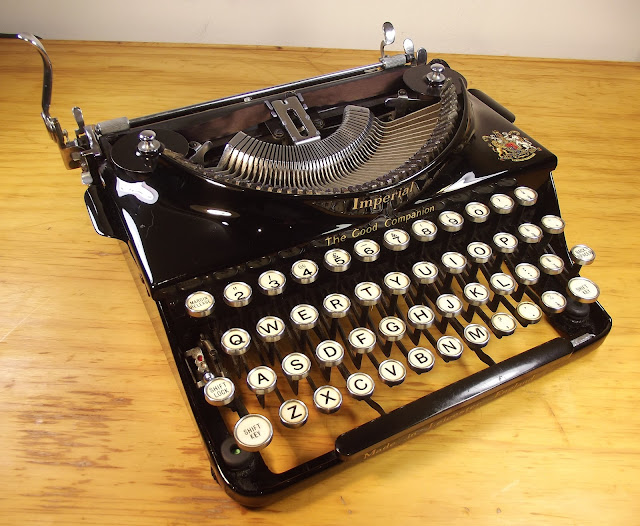 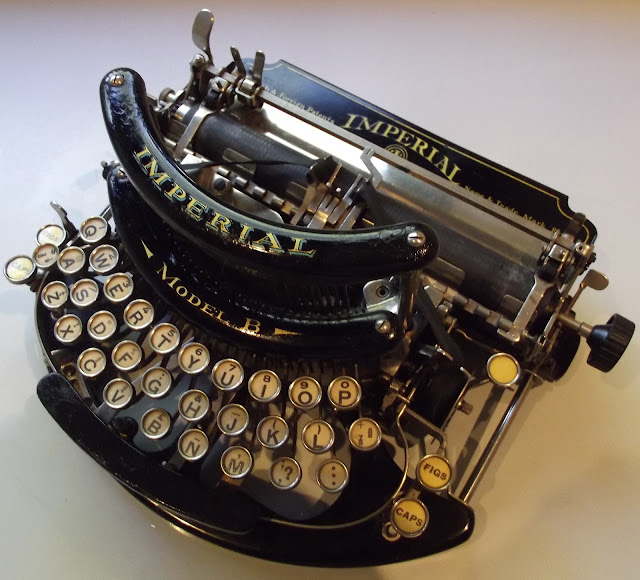 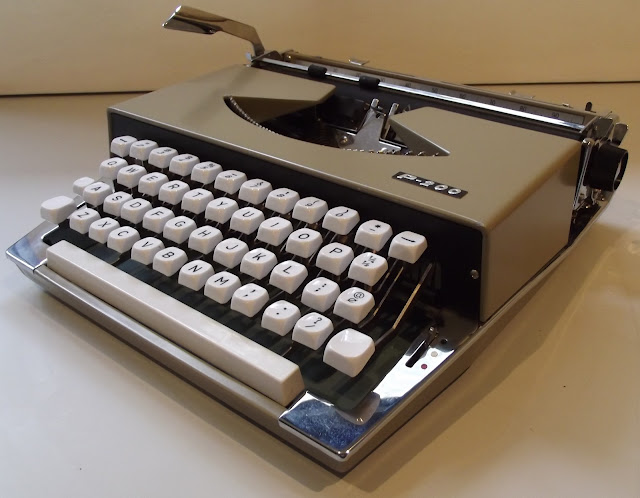 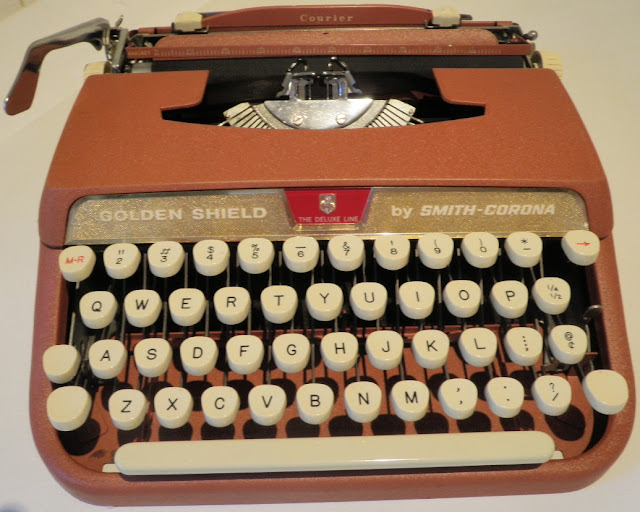 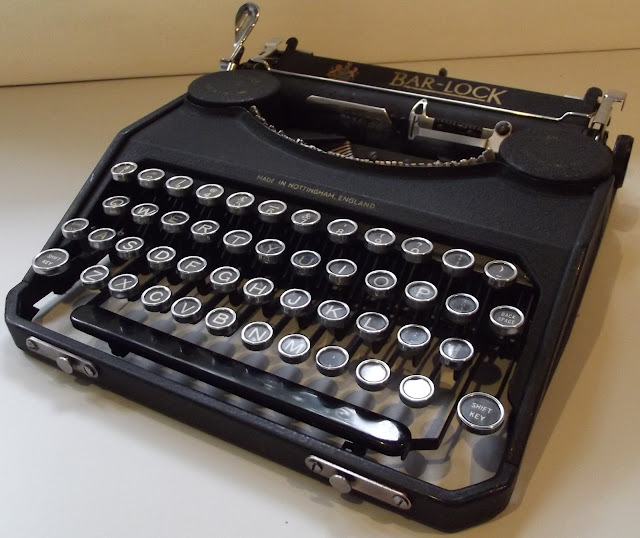 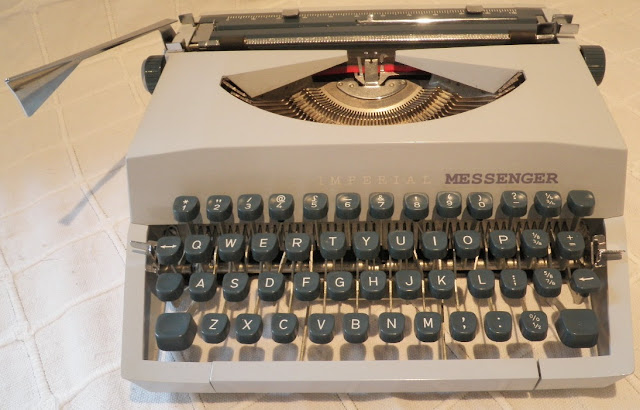 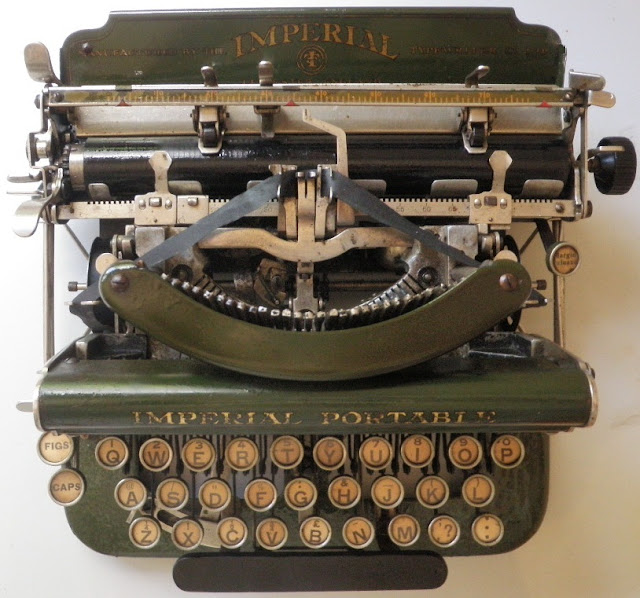 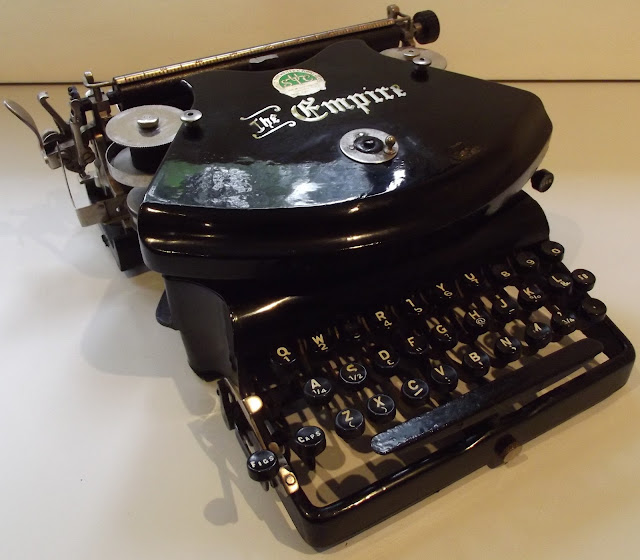 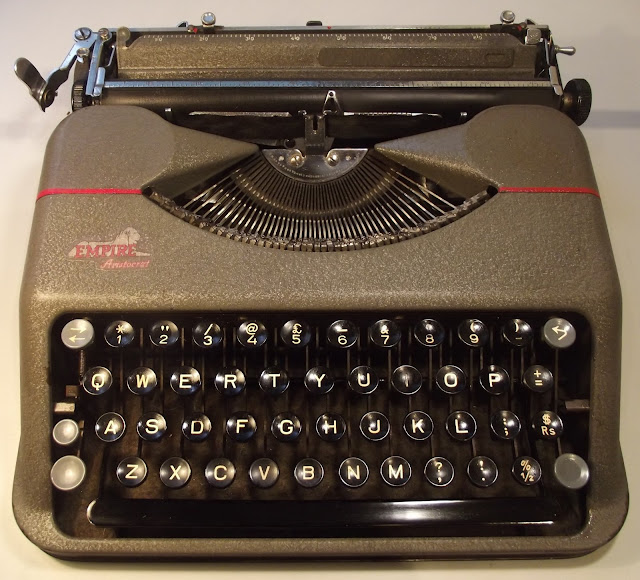 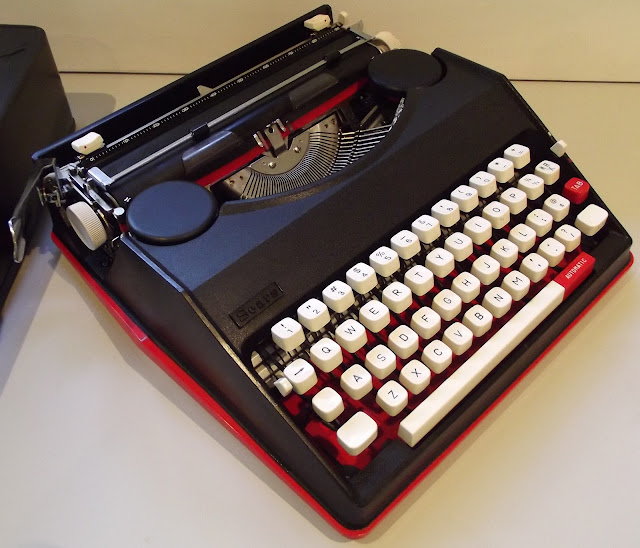 Cute Sears "throwback" made by Nakajima. 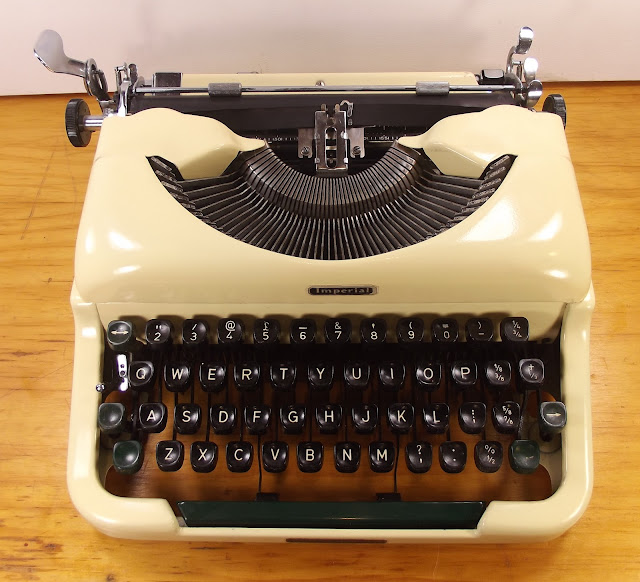 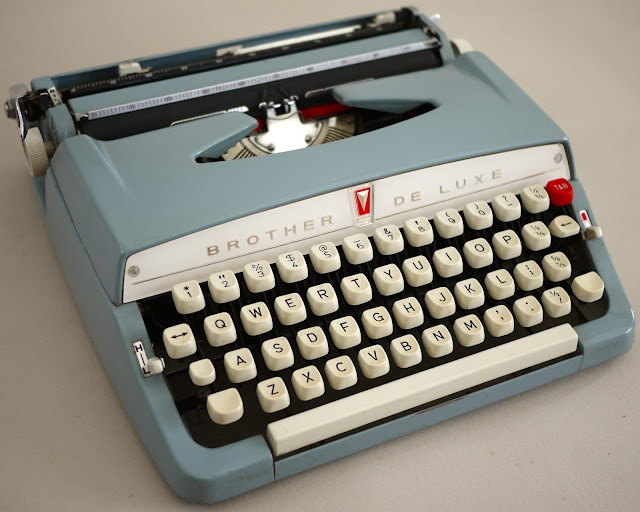 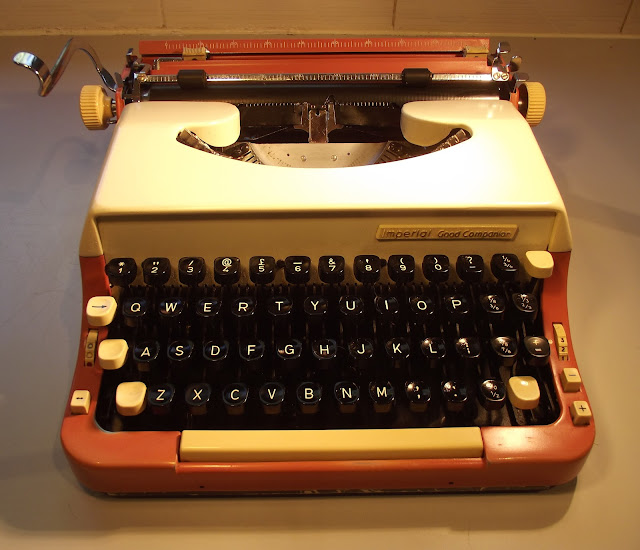 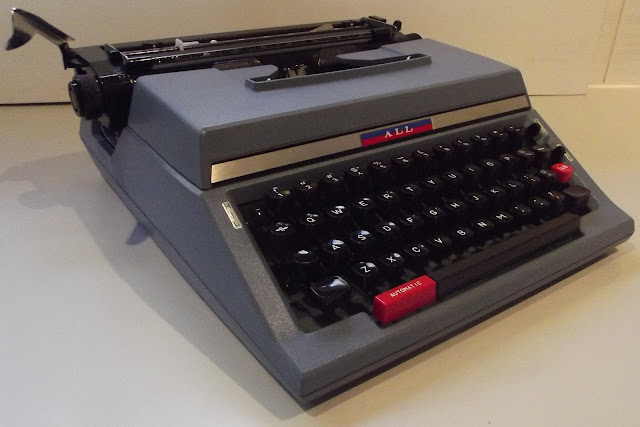 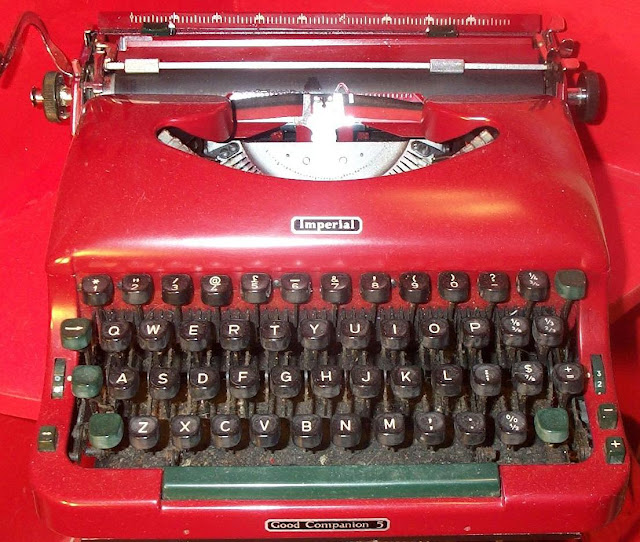 There's nostaglia attached to the black tray under the keyboard. 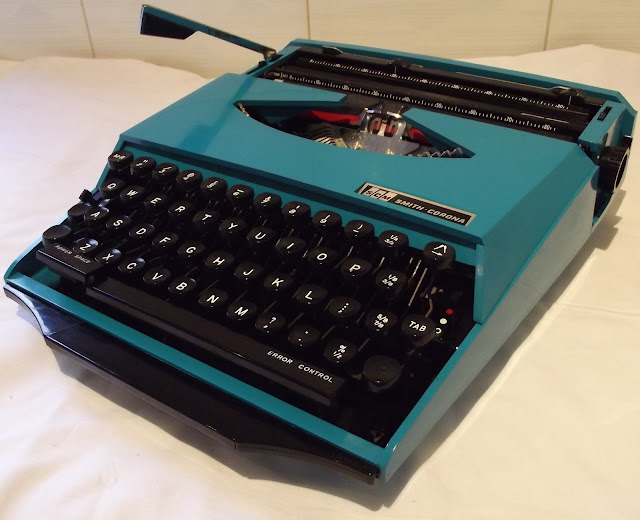 Awful to use but nice to look at. 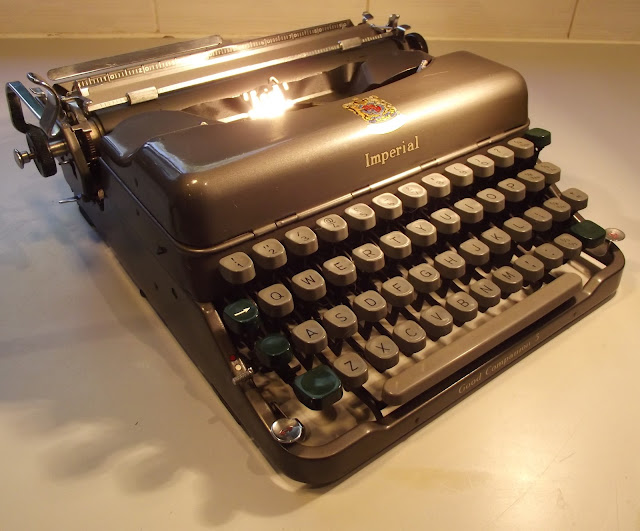 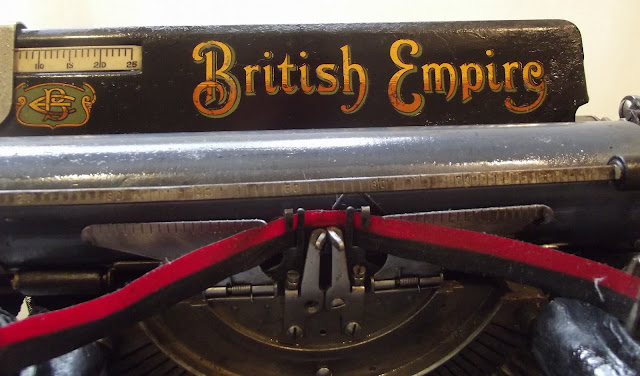 A constant reminder of just how bad Brtitish typewriter manufacturing was until Imperial started to make standards. 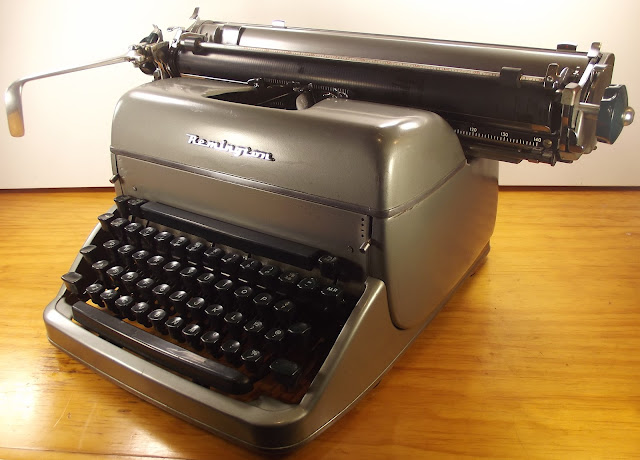 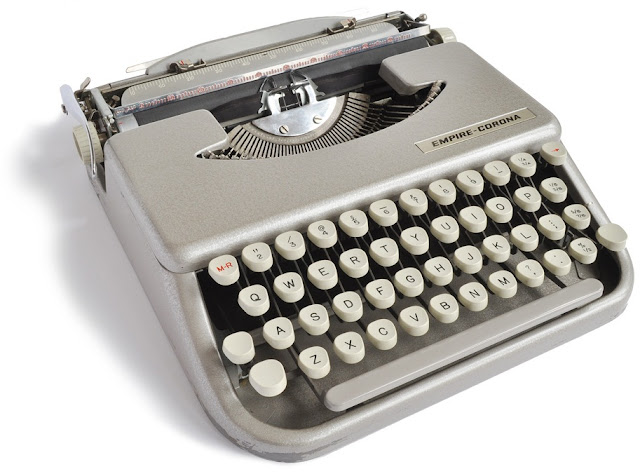 THE END
Posted by Robert Messenger at 10:43

The Good Companion 4 and 5 have such lovely lines.