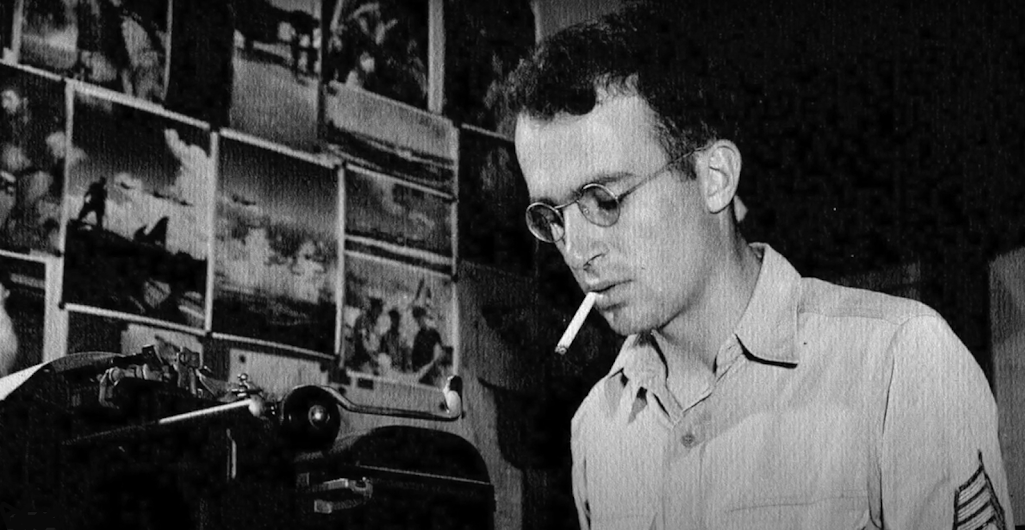 Roger Angell at a Royal typewriter during his time with the United States
Army Air Forces in World War II.

The last of the great sports writers is dead, at the age of 101. Roger Angell, a regular contributor to The New Yorker, was a baseball writer without equal. Angell, born in Manhattan on September 19, 1920, was the son of Katharine Sergeant Angell White, The New Yorker's first fiction editor, and the stepson of renowned essayist E. B. White. Angell died of congestive heart failure at his home in Manhattan last Friday.

Rob Steen, in Floodlights and Touchlines: A History of Spectator Sport (2014) titled Angell "That Titian of the typewriter". Charles Maher of the Los Angeles Times, in reviewing Angell’s baseball book Five Seasons in 1977, wrote, “You may remember how those seasons [1972 to 1976] came out, but that’s not the same as seeing how they came out of Angell’s typewriter. Passing through the machine, baseball history emerges with an appealing new gloss.” Yet, for all that, I've only been able to find one photograph of Angell at a typewriter, and that was taken in his earliest writing days, when he was with the Seventh Air Force and typing a weekly column called "File 13" for the GI newsletter Brief while stationed in the Central Pacific during World War II. Most online references connecting Angell to typewriters are not about Angell's use of them, but White's, or John Updike's use of many typewriters, and Red Smith's battering of his typewriters.

I've elected here to use a fitting tribute to Angell written by my great friend Ron Palenski, of Dunedin in New Zealand. Ron is a brillant historian and author and himself a sports writer in his younger days. This is what he had to say: "Roger Angell, who wrote, like no one else, about baseball, died in New York on Friday, aged 101. To describe him as a baseball writer is to miss the point. He was one of the finest in putting English words on paper; the fact he wrote about baseball was to that sport’s great and lasting benefit. A reader could not know the game very well, not be aware of its traditions and its subtle attractions, but still be captured by Angell’s wondrous way with words. If we’re talking sportswriters of any time anywhere, he was one of the finest, if not the finest. And if we’re talking about users of the English language, he sits with the best."

Posted by Robert Messenger at 22:46

As I have said many, many times, to all and sundry, Robert Messenger is not only an Outstanding Investigative Journalist of the First Water, but his use of language captivates and enthralls even if the subject is outside of the reader's milieu.