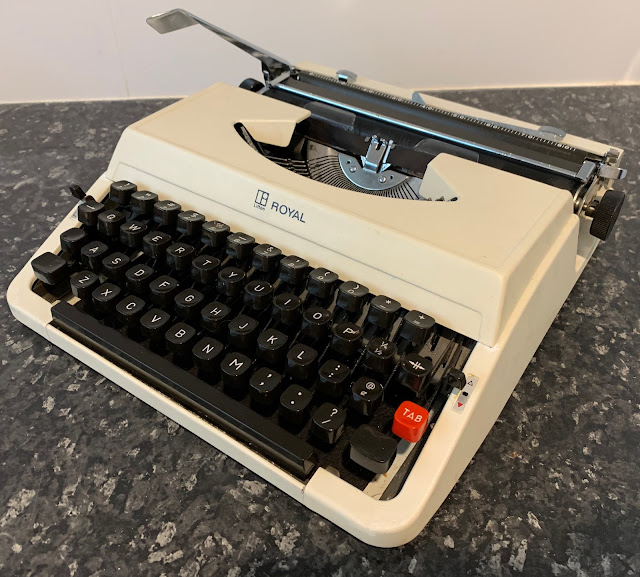 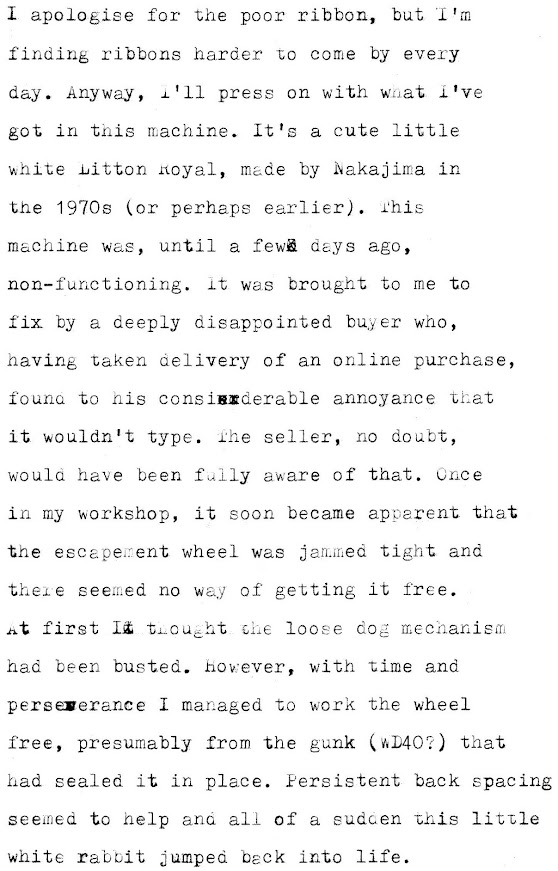 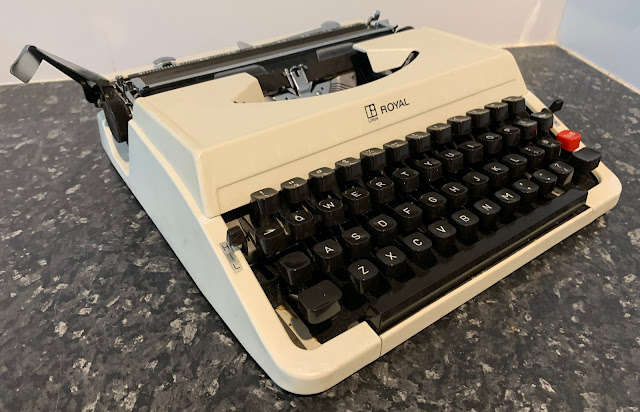 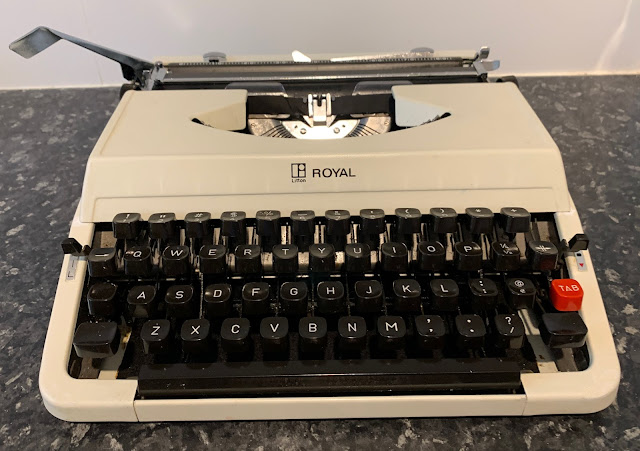 Posted by Robert Messenger at 16:38

Sounds like a satisfying act of liberation. Type on, little typewriter!

Is there an indication whether this was made in Japan or Korea? (:

Thanks Richard. Yes, I had the owner convinced the escapement wheel mecnanism was damaged and couldn't be fixed. He told me to dump the machine in a rubbish bin and wanted to buy a replacement machine from me. Luckily I didn't dump it, but kept pressing the back spacer, intrigued as to why the carriage moved one way and not the other. Seemingly, my incessant use of the back spacer eventually freed up the wheel, and all was well.
Ted, embossed inside the plastic case are the words, "Typewriter and case made in Japan". Nothing on the machine itself about country of origin. The instruction manual and unpacking instructions are printed in Japan. These machines have a serial number printed on to a sticker. This one's number is 50266912.

That's interesting - a Japan made pre-1974 Nakajima badged for Royal (by Litton badge, anyway). I was aware that Royal badged Naks made in Korea in 1985, but this would be a new, earlier variation. I'll have to figure out an addition to the Royal page to shoehorn it in.

These [little brothers] are prone to seizure, I must have done dozens of 'em. Probably an oil that the manufacturer modified without informing Brother.

Naptha, or Lighter Fluid, on the escapement, then, as you have found, repeated backspacing, which gives one good purchase and a single movement, is the most effective technique.

Great work on restoring the little typer back to life.

This looks exactly like the Imperial Good Companion 203, which was also made in Japan and has a similar serial number. Are the two related?

It looks exactly like me good companion 203, which was also made in japan and has a similar serial number. Are the two related?

Yes, Litton owned both Royal and Imperial. The full history of its takeovers has been more than adequately covered in this blog.