First Lady at the Typewriter 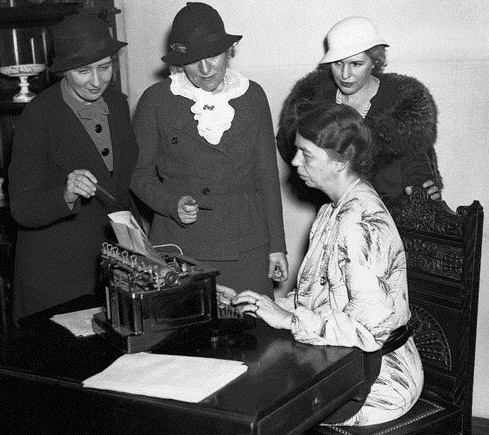 Eleanor Roosevelt with, from left, Marjorie Shuler, Emma Bugbee and Helen Worden.
First Lady Michelle Obama could do worse than be seen taking to a typewriter keyboard as her husband pushes for re-election in November. Maybe it would be seen as a show of support for traditional values?
The wives of great American leaders have been known to use typewriters: Remember the many images of Jackie Kennedy typing I posted here some time ago? 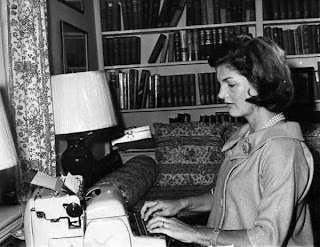 And Harry S. Truman's daughter Margaret was a typist, too: 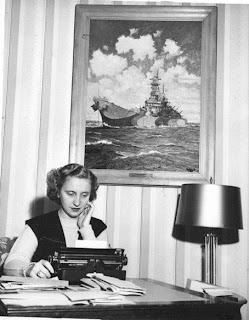 In the image at the top of this post, taken on April 9, 1934, First Lady Eleanor Roosevelt (1884-1962) is seen typing while in the company of journalists, from left, Marjorie Shuler, Emma Bugbee and the president of the Newspaper Women's Club, Helen Worden.

Marjorie Shuler (above) was a suffrage lobbyist who authored the book, The Woman Voter's Manual (1918).  As chair of publicity of the National American Woman Suffrage Association, she wrote Getting Your Money's Worth from Washington (1921), Let Us Put Fear Aside (1930) and Have It Your Way (1932). 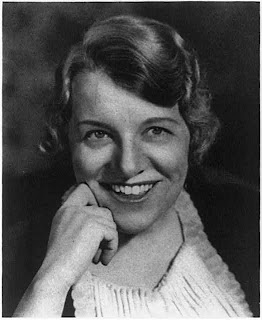 Emma Bugbee (above, 1888–1981) was also a suffragist. Born in Shippensburg, Pennsylvania, she moved to New York, graduated from Barnard College and taught Greek courses at a high school in Methuen, Massachusetts. She became a reporter for the New York Herald and the New York Herald Tribune. In 1914 she covered the Suffrage hike from Manhattan to Albany, New York. She died on October 6, 1981, in Warwick, Rhode Island.
Helen Worden Erskine Cranmer, born on July 12, 1896, in Denver, was a journalist and author. She joined the staff of New York World in 1926, as a society writer. She wrote The Real New York, 1932; Round Manhattan's Rim, 1934; The Society Circus,1937; Here is New York, 1939; and Discover New York, 1943. During the 1960s she wrote the syndicated Dorothy Dix advice column. She was married to author John Erskine. She died in Denver in July 31, 1984.