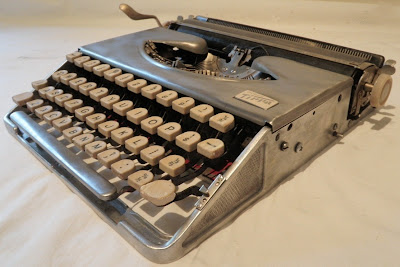 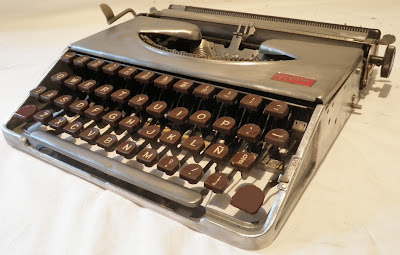 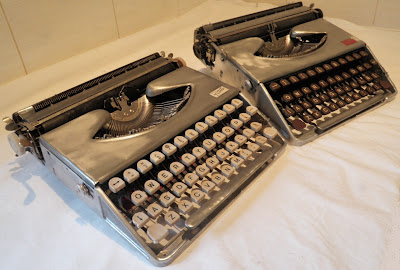 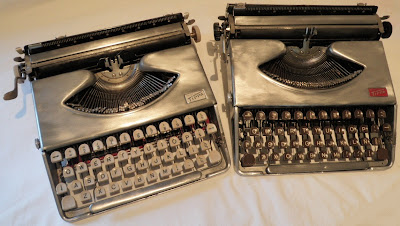 A post on the full range of Tippas, from the original Gossen and the Pilot through to the Adlers and the Litton-Nakajima Tippa, will follow soon.

Wow, those Silver Slivers look great, like typewriters a ninja would throw at his enemies!

I am enjoying the whole series of stories about machines in your collection -- they prove that there is a lot to say about any writing machine. Sorry for my lack of comments, I had to use a relative's computer for the Web over the last week and did not want to log into Blogger, which would have required logging her out.

No need to apologise, I figured you were probably in transit. I'm just so pleased these two Tippas have finally regained their usefulness - and their dignity, I should have added.

PS: Looking forward to hearing about the Condor!

Very interesting machines. I really like that you are posting so much about all the fine typewriters in you collection. I anticipate reading your blog each time I get to my computer. I learn quite a bit here. Great work!

I have a Gossen Tippa B, made in 1953, bought by a friend's father while he was in Germany. I have a very soft spot for this particular machine, despite its many quirks (skipping, mushy margins). It's an amazing piece of workmanship.

How wonderful that your blog is helping you bring many of your typewriters out into the light of day, and duly shared with us! Greatly appreciated & enjoyed.