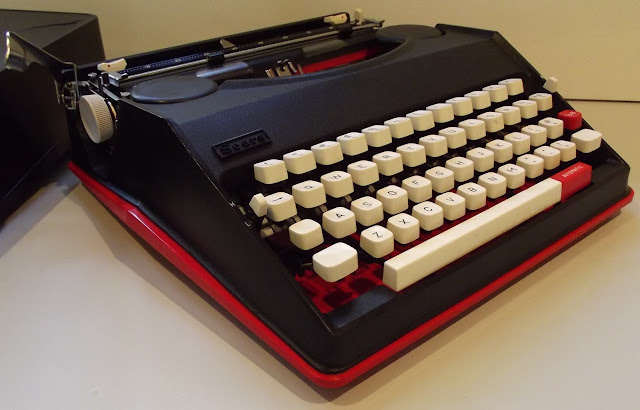 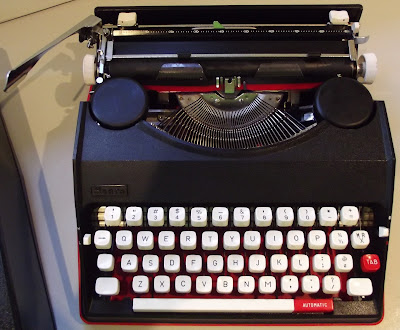 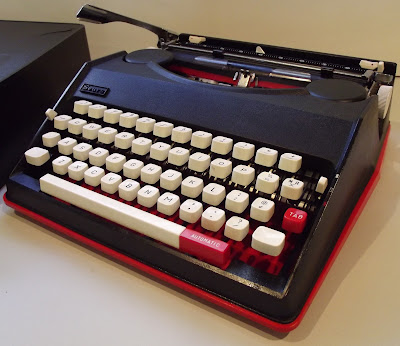 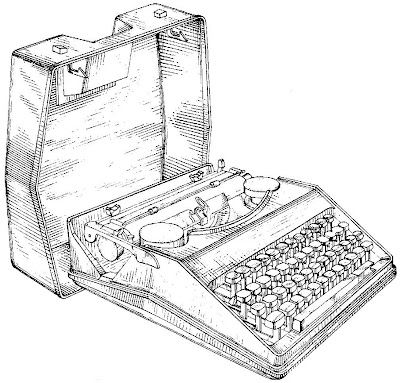 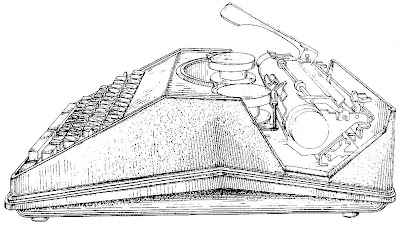 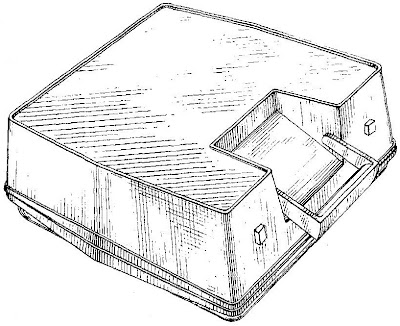 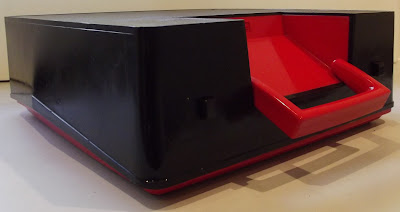 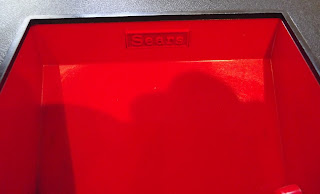 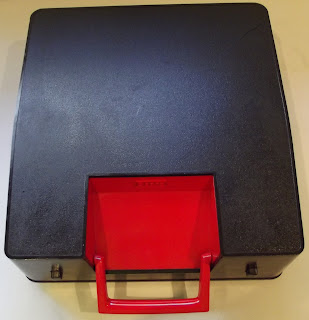 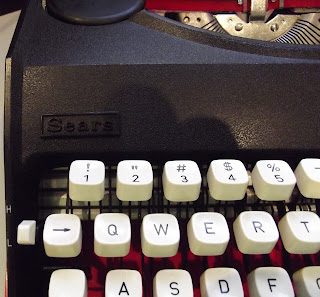 Will Davis called this an “exceedingly attractive portable, with a very interesting treatment to the top portion style-wise that even includes rounded shaping over the ribbon spools. There's also a lip around the opening above the typebasket. Clearly, someone who had a hand in the styling of this machine had some kind of historical perspective - or at least I'd like to think so. This great-looking modern machine was made by Nakajima, Japan.”

That stylish “someone” was Karl Tillman Baughman, who applied for a patent for his design in March 1973. It was issued in June 1975 and assigned to Sears Roebuck of Chicago.
Baughman was born in Rockford, Illinois, on August 21, 1930, the son of Kenneth C. and Lillian Wicklund Baughman. He passed away at Lake Forest, Illinois, on November 10, 2009.
The design for this Sears typewriter was actually based on Carl W. Sundberg’s 1963 design for the Remington Envoy II series (Riviera, Reporter, Correspondent, etc etc etc - you name it, it was called it). Also, a series of US designs for SCM machines made in Britain, which we will get back to later. The case took its lead from one John Cuccio designed for Olivetti in 1969.
Earlier, Baughman had in 1965 designed this Sears typewriter, which looks like the Sears Citation (made by SCM) and the Signature. 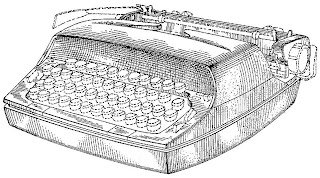 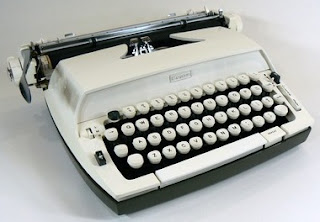 But I don’t believe I’ve ever seen a typewriter cased in Baughman’s 1973 design for a “typewriter housing with a Tambour cover”. Has anyone seen one? 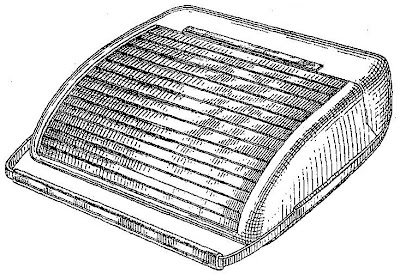 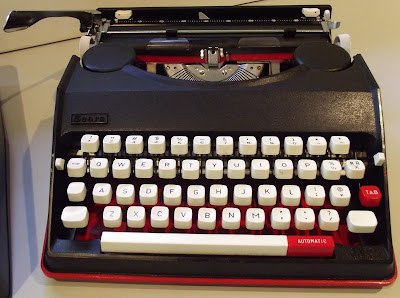 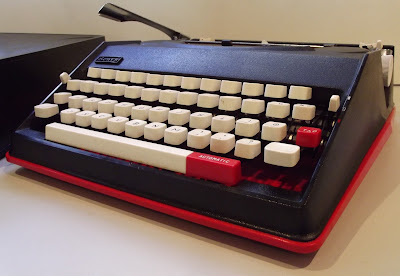 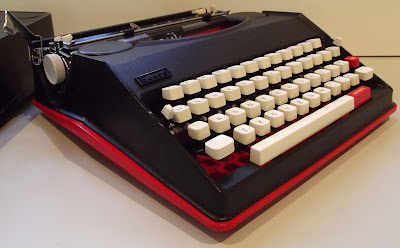 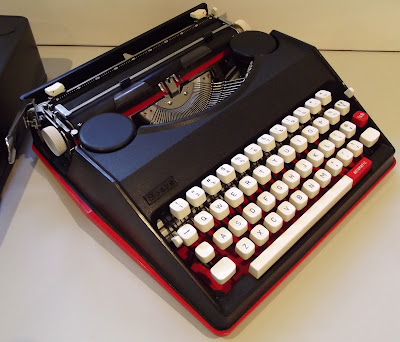 Posted by Robert Messenger at 13:11

This dark red on the Sears is more than inviting. The design of the upper part - ribbon spools etc - echoes Torpedo or Adler portables of the 1930s. Great you could find out so much about man and machine.

I had a Sears (rebadged) calculator in the mid-70's with a lid like that so it's possible...

Indeed, a handsome machine! I have a similar sears but it's yellow chevron model.

Thanks Georg.
Hi Martin, I did see some images of an orange-yellow Sears which looked similar, but with a top that covered the ribbons.
Hi notagain - yes Karl T. Baughman did design a calculator for Sears - No D207281.

Is it carriage shift, or basket-shift? Also, did it come in other colors?

It's carriage shift; I've never seen any others, in the plastic or on the net, so I don't know about oither colours.

Does it take a standard ribbon? Also, how big is it (in feet and inches)?

Hi there, I just bought this exact typewriter from a collectables shop in Goulburn. It is my very first typewriter. Unfortunately the ribbon needs replacing but I am not sure what to look for or where to get one. Any advice would be much appreciated. Ali

I Just went through all of the Sears catalogs and found that this Sears Manual 1 variation was *only* offered in the Fall 1974 Sears catalog and quickly vanished in favor of a Brother JP-5 taking over the "Manual 1" name. Only this color combo. Probably quite uncommon. (:

I have the same one thanks now I know about it