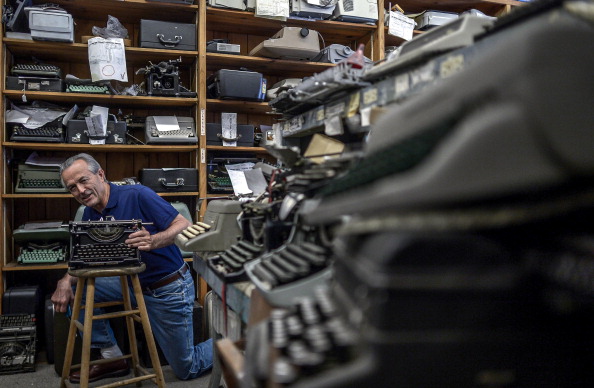 Words by Leila Macor  Photos by Joe Klamar
LOS ANGELES, Today (AFP) - Ermanno Marzorati* has rarely been so busy. He is currently fixing a 1930 Underwood typewriter for Tom Hanks.
But there are plenty more ancient writing machines awaiting his tender care.
While the modern world taps away in an ever-increasing frenzy online, the Italian senses a new trend, from his calm Beverly Hills studio: the return of the art of slow writing. 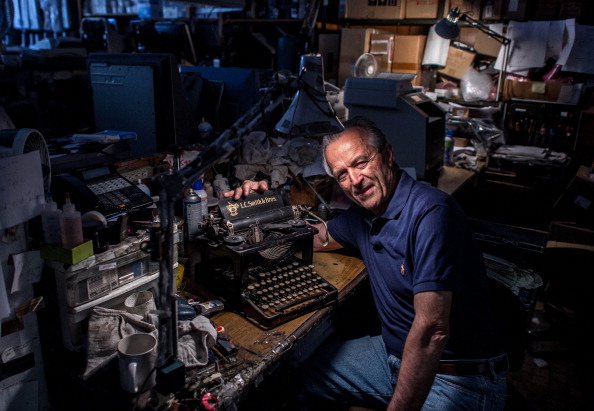 Marzorati has restored typewriters belonging to Ian Fleming, Tennessee Williams, Jack London, Ray Bradbury, Ernest Hemingway and Orson Welles, as well as celebrities like Julie Andrews, Greta Garbo and John Lennon.
He proudly shows photos of some of his best work, including an orange-coloured Underwood machine dating from 1926, on which Welles wrote Citizen Kane. It was totally destroyed when he got it.
‘‘To me the typewriter is better than the computer, not because I’m old fashioned, but because it slows you down. You have to choose the words carefully because you cannot correct,’’ he said.
‘‘It takes a long time to press the key.’’ 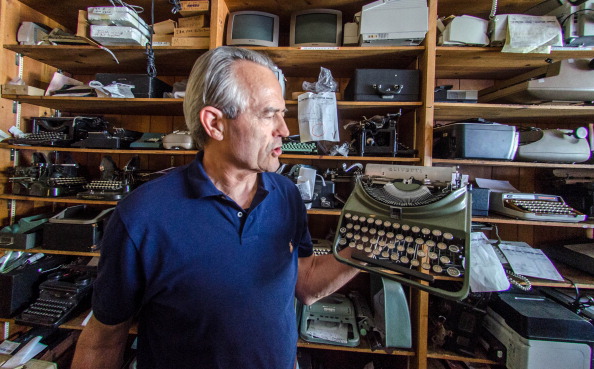 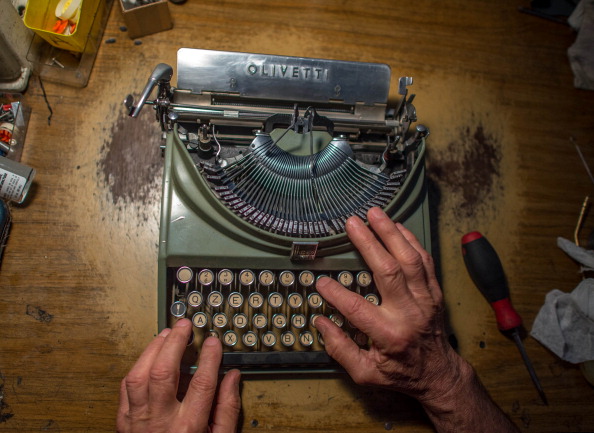 Collector Steve Soboroff says typewriters, unlike computer keyboards, have an intimate relationship with their owners.
‘‘I just love the idea [that] authors, famous people, would spend hours of their lives on these typewriters, so they are very personal. And there’s only one of them, is not like there are hundreds of them.
‘‘There’s only one for each,’’ added the biggest customer of Marzorati, whose studio is full of old printing machines, typewriters and mechanical calculators. 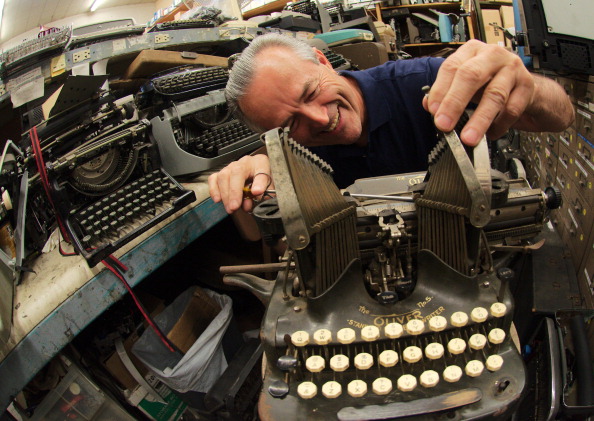 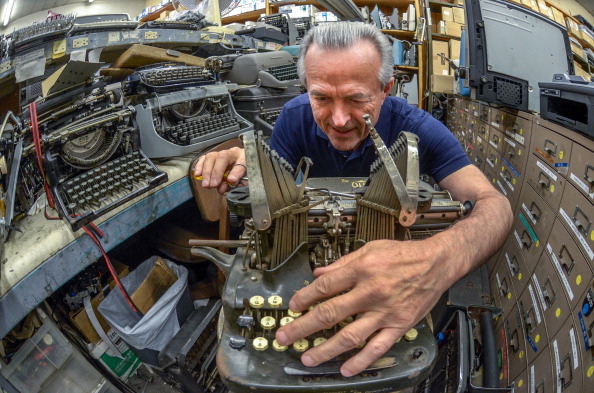 Occasionally Hanks tweets photos of the vintage typewriters that Marzorati restored in his own collection.
Marzorati has a shelf dedicated to his most famous client, and he currently holds 12 machines belonging to the Forrest Gump star. 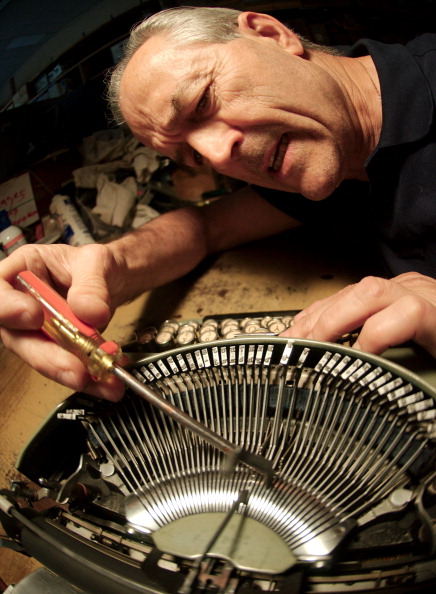 In all, the talkative Italian has some 60 machines waiting to be fixed - an enormous number compared to a few years ago.
‘‘I’m booked up for six months,’’ said the 68-year-old, who started repairing typewriters in 2003.
‘‘Collectors are the exception. Most of the people I fix typewriters for are people who are going to use [them],’’ said Marzorati, who was born in Italy in 1945 and moved to Los Angeles in 1969.
‘‘I feel people, honestly, are getting fed up because [of] all these iPhones, all these electronics, they like to get back to the basics,’’ he said.
But the obvious question is, why would someone in the 21st century want to type on a heavy and difficult-to-use mechanical device, without the possibility of cutting, pasting, erasing or copying? 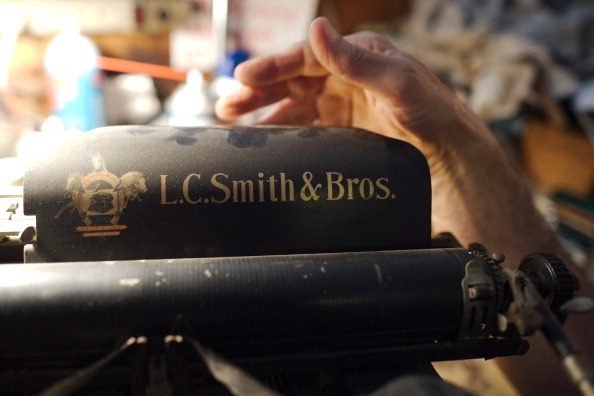 Marzorati said the advantages of computers are over-rated.
‘‘Writing on a computer is very distracting, because you get email coming in, you type a word, you delete it, you change it, you get stuck,’’ he said. 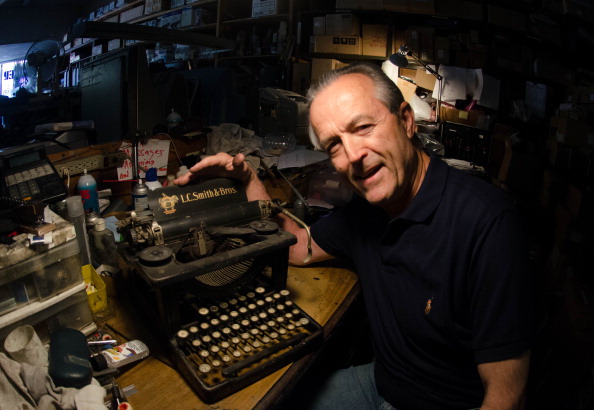 His view is echoed by Christopher Lockett, who regularly takes his 1950 Hermes Baby typewriter with him to write in the open air in Los Angeles’ Griffith Park, next to the hipster Los Feliz district.
‘‘There are no text windows in blue popping up, you can’t play music on it,’’ he said.
‘‘I shut off my iPhone, I take my typewriter and sit and I don’t worry about the typos, I keep moving forward, and I go dah dah dah dah ding!’’ 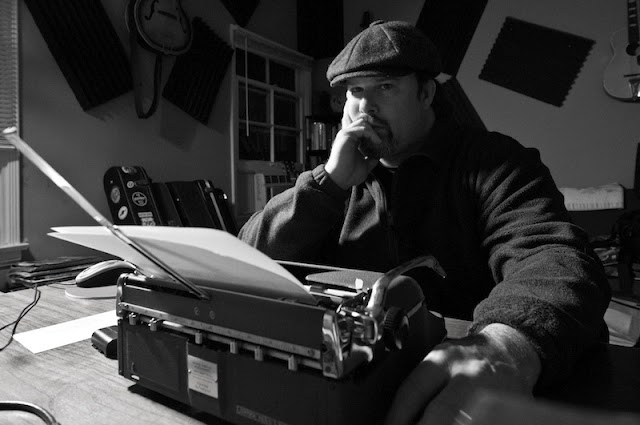 He compares the experience of using a typewriter to riding a bicycle.
‘‘It’s an alternative to the most efficient way of doing something, it’s about enjoying the ride, and nobody gets angry about the notion of a bicycle. But people are like 'typewriters are impractical'.
‘‘Well, so is a bicycle and people are still making bicycles and it’s not an issue,’’ he said.
Lockett, pictured above, is a cameraman and documentary-maker who made a film on the subject last year called The Typewriter (in the 21st Century)*, which is currently showing on the independent movie circuit in Los Angeles.
‘‘I thought: if the typewriter is going away, and is in part responsible for every great novel from the 20th century, they deserve a proper send-off,’’ he told AFP.
When he set about making the film he was surprised to find that, not only are typewriters not disappearing, but there is a surge of demand for old machines to be repaired and brought back to life. 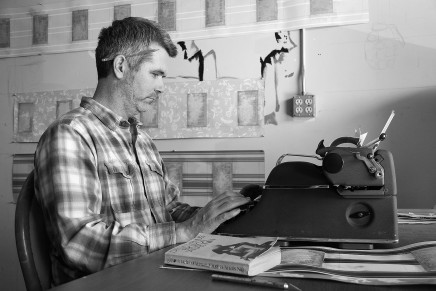 ‘‘Suddenly typewriters were all over the Internet,’’ he said.
Artist Tim Youd (above) is staging a performance in New York this month in which he taps out a Henry Miller novel on the same model of typewriter used by the writer. 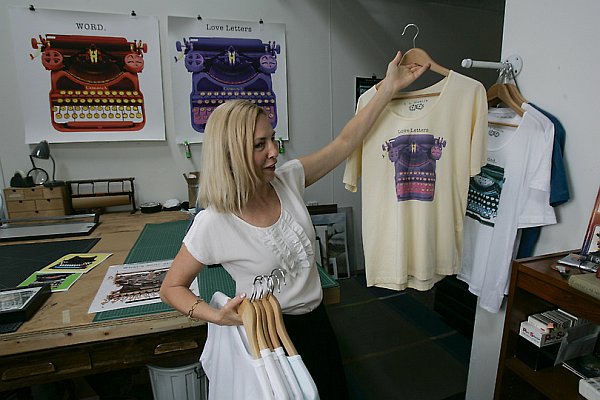 Painter Louise Marler (above) last year held a type-in event in Venice Beach. Young inventor Jack Zylkin (below) meanwhile has created a ‘‘hack’’ that allows a mechanical typewriter to be connected to an iPad via a USB port. 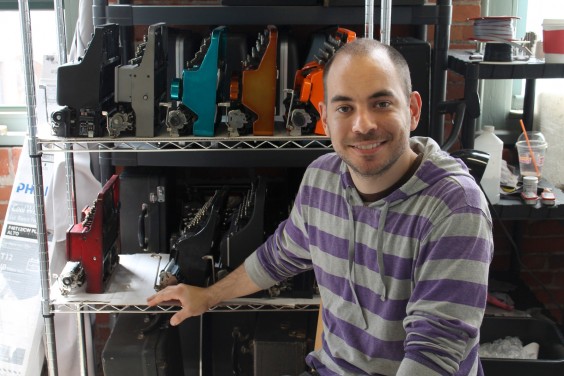 Lockett said the wave of interest in typewriters should not be misunderstood as a desire to return to the past, and abandon modern technology.
‘‘Nobody in the film is saying it is the only way to work. They’re making a case about something everyone is throwing away,’’ he said.
*I am taken by some similarities here. I'm pretty flat strap with typewriters, too. I have stacks of old typewriters, and typewriter ribbon draped everywhere, just like Ermanno; I even have a stool like his. I have screwdrivers exactly like his, and lamps like his. But there the likenesses end. I don't have one iota of his skill (and I don't have a "studio", anyway). And I'd give my left foot to have them. Or even to have someone like Ermanno living in Canberra.
*I ordered and paid for my copy of the film on May 10 and 18 days later Amazon tells me it has finally been shipped! Anyone would think Amazon had to make it first! Don't these guys know I have to see this doco?
Posted by Robert Messenger at 19:10

Thanks for sharing this great story. Wonderful photos of Ermanno. He appears in the documentary, too!

Oh, you haven't seen the Documentary yet? You're in for a treat! Chris Lockett and Gary Nicholson did an amazing job with it. (:

Great report. Looking at all of the machines and parts inn Ermanno's studio it looks like he has been repairing typewriters all his life and he only started in 2003.

Very nice photos and report. Thanks!

Thanks for another very interesting post. It is nice to see these folks are getting the work to keep them in business.

"...Most of the people I fix typewriters for are people who are going to use them..."

I consider myself in the crowd of people who would use a machine restored by this guy. I', happy I found not one, but two local shops doing typewriter repairs. Just waiting to get a few spare bucks to bring my Oliver 5 to get the platen recovered.

Very nice how the "typewriter fad" is expanding every month! At this rate, we might soon see mechanical typewriters being manufactured again...

Thank you Richard, Ted, Bill, Georg, Tony and Miguel for your comments. What can I say? Please come to Australia Ermanno!