100 Years of Olivetti Typewriters: The Legacy of Camillo and Adriano 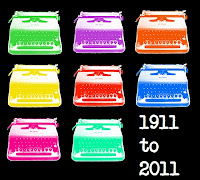 Would you give a typewriter to MythBusters, if Adam Savage and Jamie Hyneman wanted one for one of those strike-a-match-and-see-how-high-it-flies experiments? No? Well … maybe one of those nondescript, rust-marked Nakajima ALLS taking up space in the shed. But an Olivetti Lettera 32? No way. 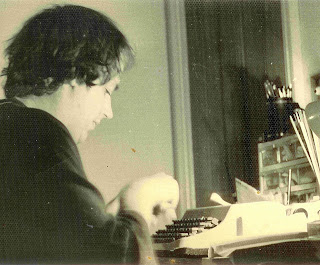 Lettera 32s may be one of the most common, and often the lowest-priced typewriters that pop up on eBays around the world on a daily basis, but no one in their right mind would deliberately allow an Olivetti to come to any harm. 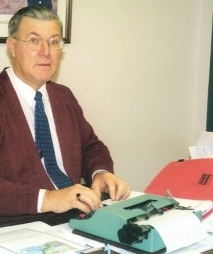 Why? Because it’s an Olivetti. And that’s exactly why Lettera 32s are so common and so low-priced these days. An awful lot of people bought them 40 and 50 years ago (pictures above are of the author in 1979 and Richard Amery today). They were durable (think Cormac McCarthy), they did the heavy duty work, and they were light and compact at the same time. And they were nice to look at, too. I haven’t met a person yet who, having once owned an Olivetti Lettera 22 or 32, didn’t retain fond memories of it. 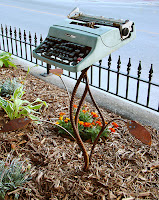 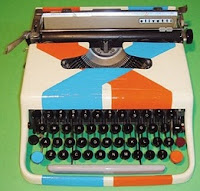 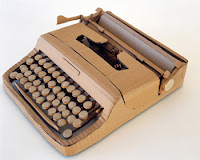 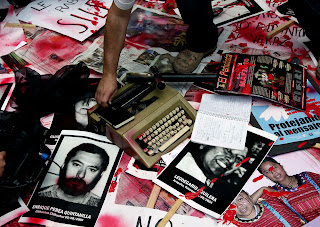 Some people might have abused them, and used them for garden sculpture, or  converted them into electronic devices, or used them as models for wooden artwork, or just for artwork. But that was just another way showing affection. So, too, it could be said, is using an Olivetti portable as a symbol as part of a protest against the suppression - and killing - of journalists in Mexico. 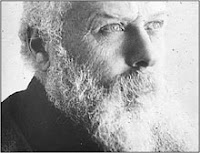 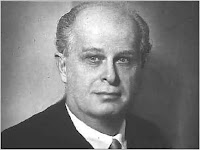 In terms of typewriters, is this all there is left of the legacy of Camillo Olivetti and his son Adriano? Far better that, I suppose, than the awful portable manual typewriter called an Olivetti coming out of China today – the Olivetti MS25 Premier Plus. Premier Plus? It’s a premier plus waste of money, as most people who have bought one will testify. 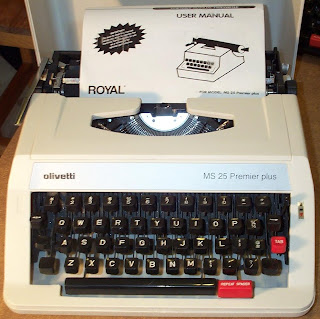 Indeed, a brief look at reviews on Amazon from the past 18 months reveals: “I found it to be a piece of junk. It is made in China, and it is HORRIBLE! It just doesn't work ... The best thing to do with this typewriter if you order one is to take it from the delivery man and throw it in the garbage.” “It was a huge mistake! … I don't know what circumstances might make this the ideal machine, but as is, it's an exercise in disappointment and frustration.” “Where do I start? Everything that could break on this machine did in fact … I took this machine to an old antique machine dealer, and he actually started laughing. Seriously, but so did I. Perhaps this situation alone made the machine worth buying.” “Basically, this machine will last a couple of weeks, if you’re lucky … A very sad product indeed ... the fact that the Olivetti name was sacrificed here for corporate identity-branding is another tragedy.” “This ‘typewriter’ comes ready for the scrap heap new out of the box!”

Do the reputations of Camillo and Adriano deserve to be dented like this? To be so seriously tarnished? No. Whoever is responsible for bastardising Olivetti’s great name in this disgraceful manner should be charged with defaming the dead – if that was possible.
Camillo and Adriano’s legacy in terms of the many fine buildings Olivetti erected around the world will last for generations. In years to come, however, people may look at these architectural achievements, see a company name, and wonder. What was Olivetti? Surely not the same company that put its name to the MS25 Premier. And, one might add, surely not the same company which took the naming rights and the designs of the fabulous Hermes Baby and turned it into piece of plastic dross (AKA the Olivetti Lettera 82). 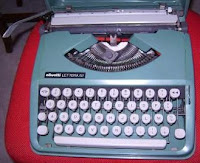 With the Lettera 82 (Oh, how that Lettera name was ruined!) the Brazilian manufacturers couldn’t even be bothered putting the little metallic model name strip on the plastic ribbon cover – it’s made of cardboard! 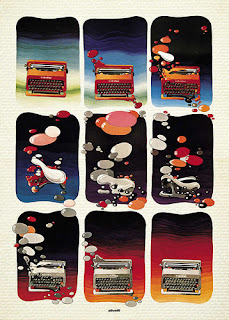 One cannot resist the temptation at this juncture to raise the spectre of Ettore Sottsass and the Valentine. Now this is one Olivetti which also appears regularly on eBay – but at entirely the other end of the price scale from the Lettera 32. The starting prices are invariably way over the top, to a ridiculous degree. And almost inevitably, of course, sellers make the claim the Valentine was designed by Sottsass. 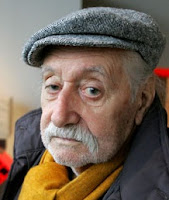 Well, the truth is, Sottsass came up with the concept, but Perry A.King put the finishing touches to what Sottsass was to describe as a “tart”. Sottsass feared dying and being remembered only for this typewriter. He did die, and his name is still associated with the Valentine. The real irony here is that when Sottsass came up with his concept of a typewriter equivalent of the Bic biro – a throwaway – he claims Olivetti executives dismissed the idea out of hand, saying a “cheap, plastic, Chinese thing” did not fit their corporate image. So what did Olivetti do instead? Make the cheap plastic Lettera 82 in Brazil, then put Olivetti’s name to the MS25 Premier in China. 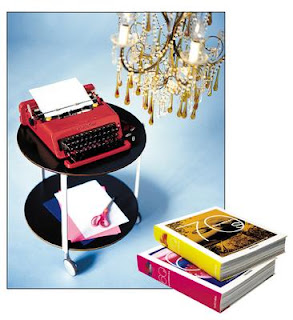 What makes mention of the Valentine irresistible is the question: What would have happened if Sottsass had approached Camillo or Adriano Olivetti with his idea? OK, both men were all for quality. But would the notion of a cheaper typewriter, “a typewriter for the people” as Sottsass called it, not have appealed to them? Maybe the people who took over the running of Olivetti in the 1970s just lost sight of the original Olivetti vision.
One thing that I suppose can be said in favour of the Valentine is that it is at least continuing to keep alive in typewriters the broad concept of "Olivetti style". And in that regard it is already a collector's item - of sorts. It seems most likely eBay buyers pay the prices they do for it, not to use it but simply to look at it, to use it as a decorative piece (three Valentines other than the more common red are seen here, with what Sottsass called their "too-short skirts"). 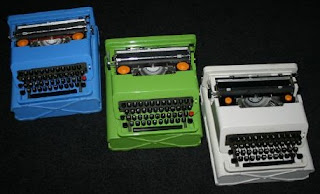 If the Valentine is indeed now considered a "collectible" - way ahead, perhaps, of all other post-war Olivetti typewriters - it may well be because some are influenced by Paul Robert's reference on his Virtual Typewriter Collection website. Paul shows the Valentine under the heading "The end of history" and says of it, "If there is one post-1920s typewriter that deserves a place in this museum, it is the Olivetti Valentine ... This space-age machine ... can be found in many collections of industrial design. Mechanically, the machine is not fundamentally different from the average machine that was built half a century earlier. Today, Olivetti is the only Western company still producing manual typewriters."
But to me the "end of history" for manual potables came much earlier, with the Lettera 22 and 32, the choice of real writers, poets and singers, lovers and dreamers, and other sundry wannabes: 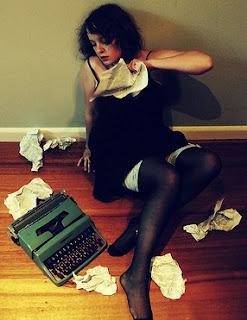 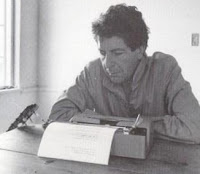 In terms of what they might have made of the Valentine - that is, the Valentine that emerged after Sottsass had walked away from the project - what we know about Camillo and Adriano Olivetti is that their idea of a typewriter was not just something which looked good, but something that worked efficiently as well. We cannot say that of the Valentine. We can say it of the Lettera 32. It’s beautiful, and it’s a workhorse. Can’t beat that. 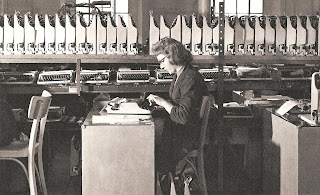 So in four previous posts on the 100 years of Olivetti typewriters on this blog, we have looked at the start, with the M1 going public at the World’s Fair in Turin on April 29, 1911; the Olivetti dream of a socialist factory and a Utopian society; the aesthetics of Olivetti typewriters, thanks largely to Adriano’s appreciation of art; and the spread of Olivetti from a field outside a village in Italy to become the world’s dominant typewriter manufacturer. Taking all that into account, what has Olivetti the typewriter maker come to today? To the MS25 Premier. Oh, dear … what a sad, sad situation indeed.

Well, it might be said that Olivetti had a couple of decades producing junk before they got around to the MS25. I imagine that there are vastly more Olivetti computers and word processors in landfills today than are still in use, and the same can't be said of Lettera 32's. (:

This series has been a wild educational trip. Thanks for teaching us quite a lot more about Olivetti than we could have known before! :D

Great write-up! Very exhaustive effort on your part. My Lettera 32 got me through many a book report back in high school and it's still going strong. And it would appear that more than a few modern corporations could learn a thing or two from Olivetti's business strategy. Well done.

The "wooden artwork" is actually corrugated cardboard. (I know from looking up "cardboard typewriter" on Google.

I'm not sure about "low priced." I have yet to find one that I could afford. Maybe I'm just unlucky.

I am absolutely dead certain about low-priced - in Australia. Maybe you need to move Down Under!