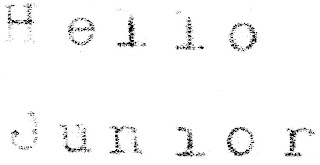 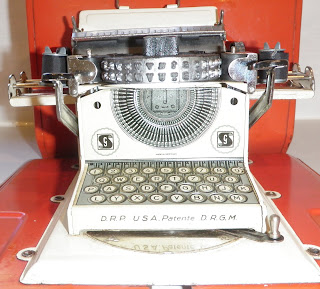 For a comparison of size, here is a slightly smaller version of a Junior typewriter beside an old Remington upstroke, patiently waiting for some resoration work: 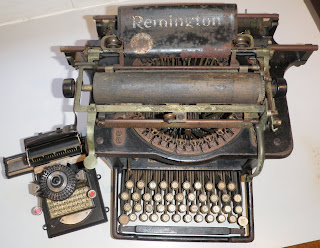 There are at least three models of the 1920s-30s toy Junior typewriter, all made of tin. Paul Robert at the Virtual Typewriter Museum calls the tiresome typing process on the Junior "didactical" (for children, that is). The  earlier scaled-down black versions came on an oiled cardboard board in a cardboard box, the ivory one on a metal base under a red tin cover. The GSN Junior was made in Stein/Nuremberg (Germany) by the Schmidt Brothers. The GSN stands for the company name, the DRP refers to Deutsches Reichspatent and the DRGM means Deutsches Reichs Geschmacks Muster.
I now have three of these Juniors, as well as a (Bennett) Junior. Here they are all together: 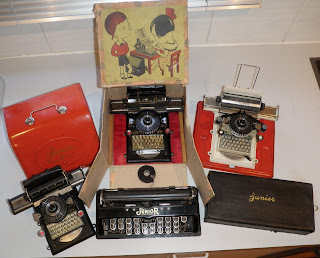 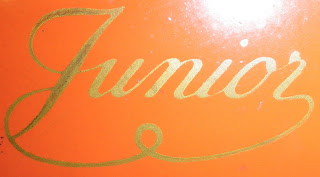 The late Paul Lippman explains about the (Bennett) Junior in his American Typewriters: A Collector's Encyclopedia: 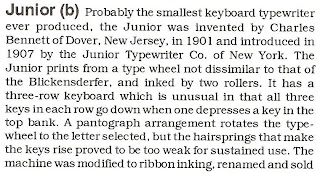 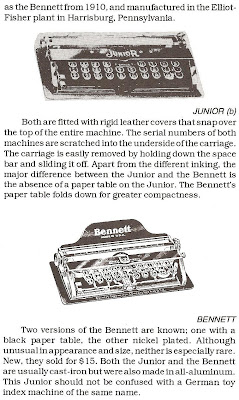 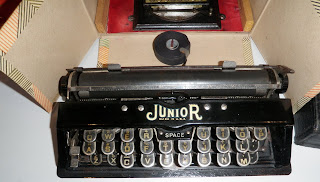 As for the German toy index machine to which the two Pauls refer, Darryl E.Matter and Roxana Marie Matter write in their A Collector's Guide to Toy Typewriters No 1: 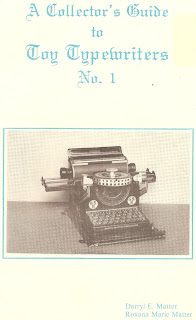 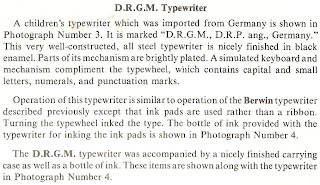 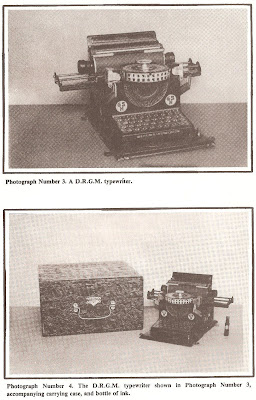 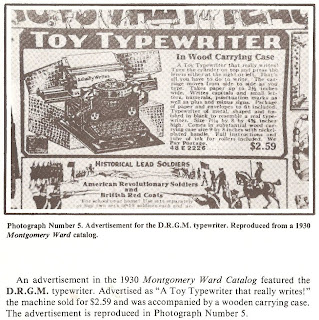 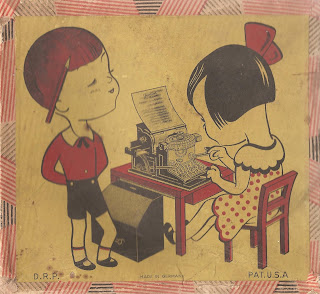 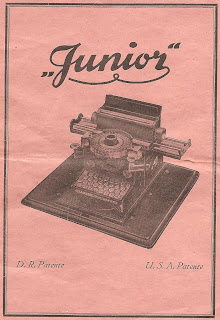 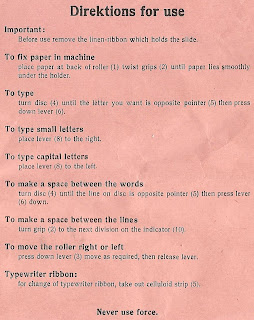 The ivory machine prints from two small spools of ribbon, but the two black ones have a very short strip of linen ribbon clipped into a celluloid slide in front of the platen (see purple slide here, and without the slide below): 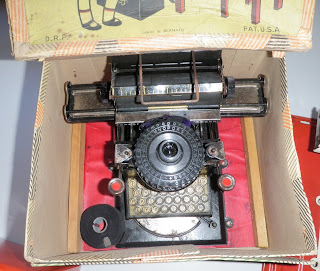 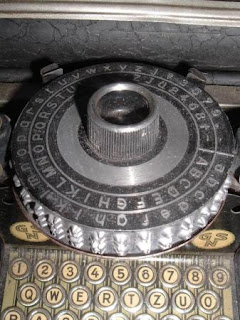 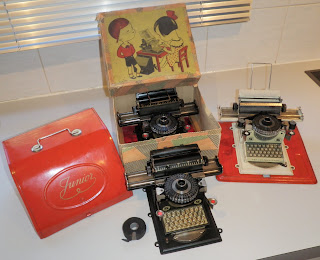 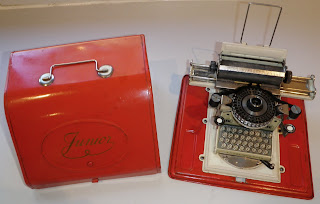 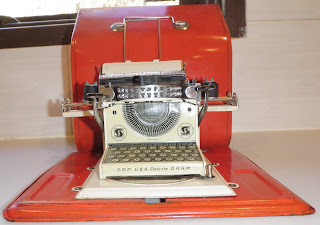 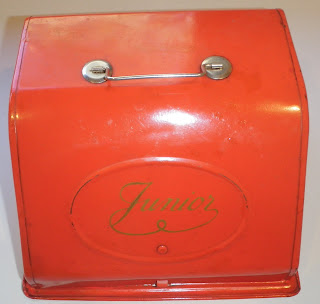 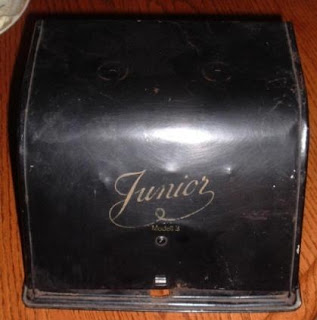 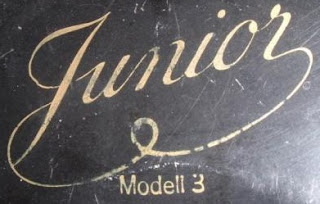 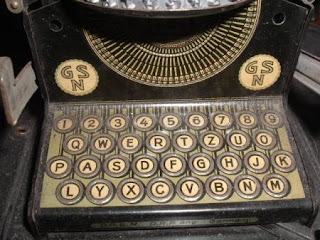 Posted by Robert Messenger at 13:58

Wow, do I have the honour to post the first comment?
I tried to type on a Junior last weekend, and it was great fun! These little machines actually work.
Just on a detail: DRGM = Deutsches Reich Gebrauchsmuster.

I recently bought a keyboard Junior on ebay. It is in decent condition. For whatever reason it seems like the ones labeled Bennett are more common and more popular with collectors. Do you know why?