Matthew Davis Walker has contacted me, drawing my attention to "a little film I made about one of the last sales and service typewriter businesses in New York City - Gramercy Typewriter Company, which is owned and operated by Paul Schweitzer. I thought perhaps you and your readers might enjoy it ..."
Indeed I did enjoy it. And I thoroughly recommend that all typewriter lovers take a mere five minutes out of their day to have a look at this.
The film, along with Matt's story on Paul, can be found at
http://www.huffingtonpost.com/matthew-davis-walker
or 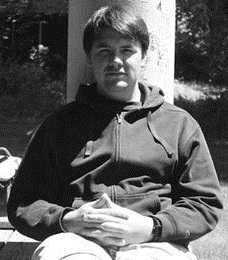 Matt's story starts beautifully, "Eight million people live in New York City. The great metropolis needs no more introduction than that, but Paul Schweitzer does. Paul, at 72-years-old with thinning silver hair, stands like a relic from a bygone era in a three-piece, tailored suit and tells us that he ﬁxes typewriters for a living."
This is the gentleman I posted about on December 20, when a New York Daily News story on him, headlined "Old-school typewriters make a comeback among new generation of writers", by Erin Durkin, appeared at
http://www.nydailynews.com/life-style/old-school-typewriters-a-comeback-generation-writers-article-1.992255
Posted by Robert Messenger at 12:18

I found myself very touched by this sweet little film. What a great man Paul Schweitzer is!

I hope his grandson eventually carries on the family business, despite his current protestations to the contrary.

I love it. I have met the Schweitzers in person and they are great people.