Fakin' It (With Fake Typewriters) - All 'Style' And No Substance

A thoughtful friend sent me a link last night to a website advertising a Chicago typewriter for sale - for $79.95 (reduced from $103)! We all live in hope, I suppose, but as soon as I saw this item being advertised as "ornamental", the jig was up.
I do have to wonder, however, whether the word "ornamental" is sufficient to alert potential buyers to the absolute crap they would be spending $80 (plus postage) on. Indeed, I am inclined toward asking Customer Affairs whether the word "typewriter" should be allowed at all. 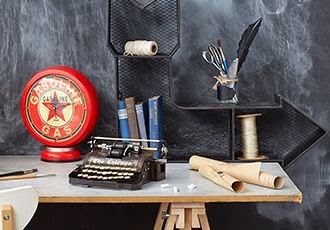 The seller's images in this case are deliberately low resolution and blurry, so one can't really get a good look at what the item is - or, more to the point, what it isn't. Below, I will give a very clear indication of what buyers get for their money. Bear in mind that, for one thing, these fakes are mass produced at high speed, almost undoubtedly by unskilled and underpaid labour, and more often than not will arrive incomplete. 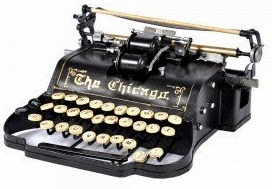 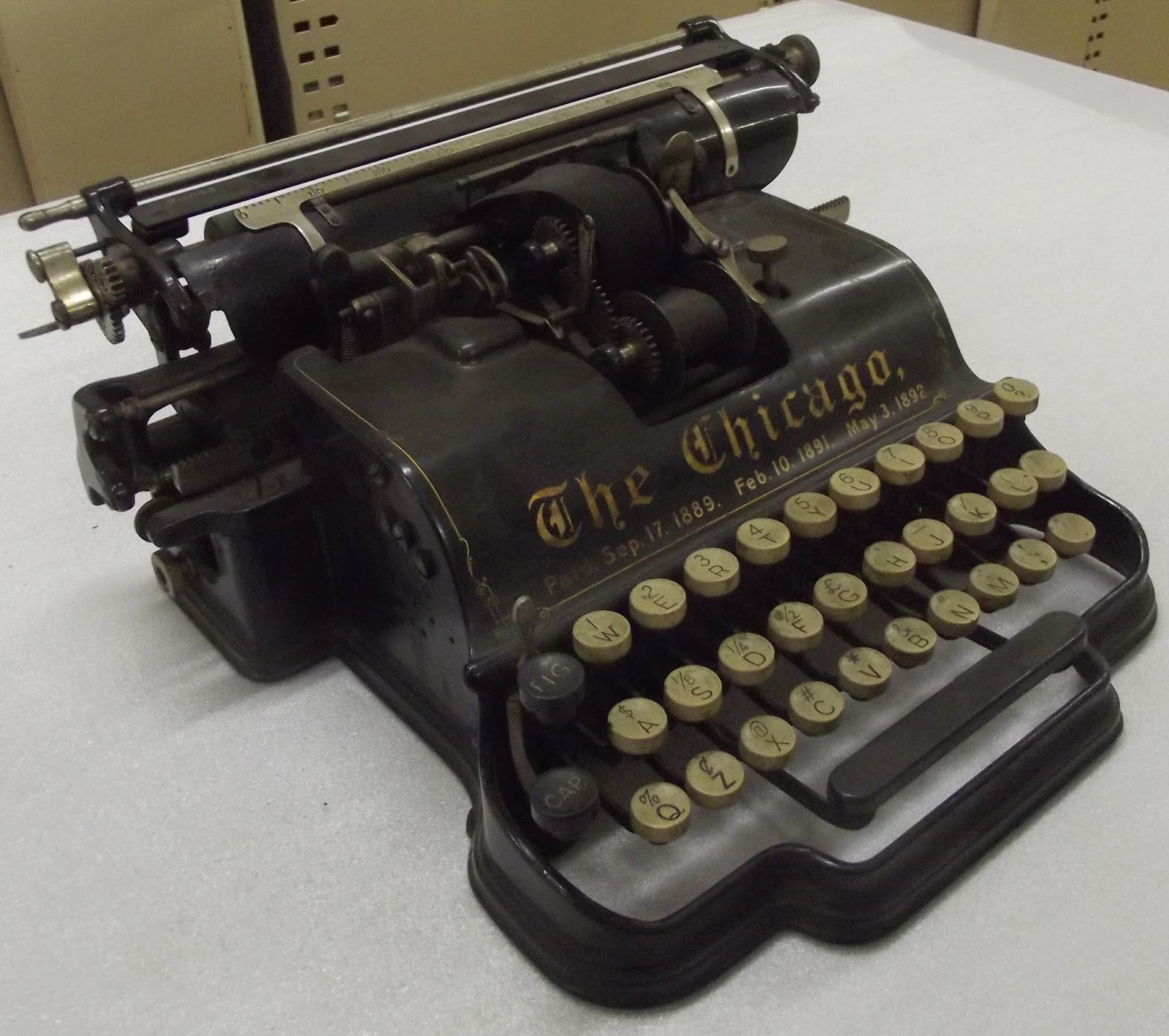 Not far from where this fake Chicago is being offered for sale in Sydney is the Powerhouse Museum, where there is a real Chicago typewriter.
"Retro tinplate" or "antique handmade" models proliferate on Australia eBay, to the point that on any given night, eBay typewriter alerts will contain four of these lightweight, badly made yet exceedingly expensive items for sale for every real typewriter. Ozmarket2011 is asking an exorbitant $109 for this abomination: 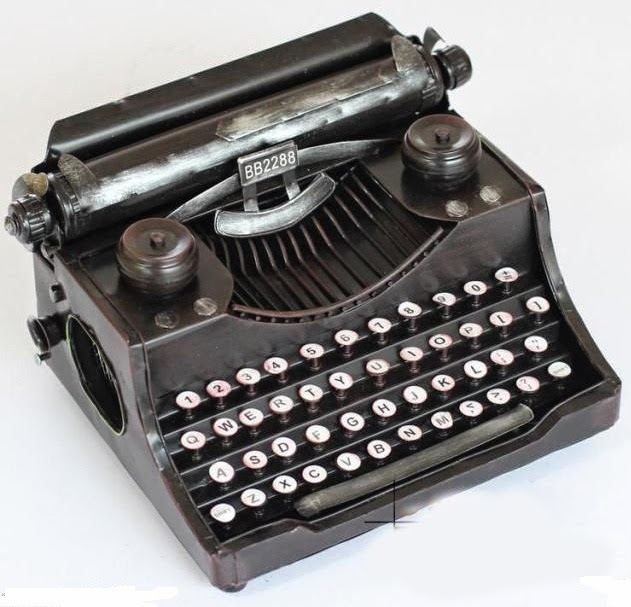 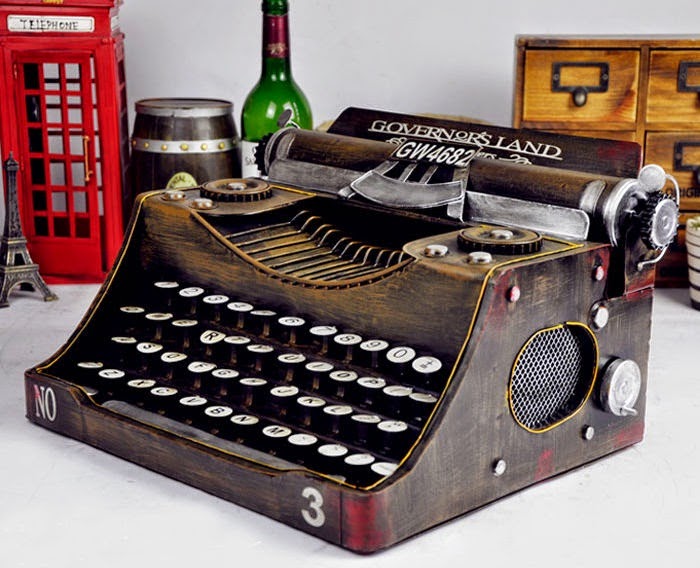 This one bobs up most frequently, at $129. I use the phrase "bob up" deliberately, because if one were to throw this into the drink (where it belongs), it would actually float, not sink. It weighs less than a pound:
The company selling the "Chicago" is called Temple & Webster, which describes itself as "Australia's first members-only online shopping club dedicated to beautiful items for the home, beautifully priced. We present our members with elegant, curated collections of premium and designer brands for the home at member-only prices." What it is in reality selling, at least with the "Chicago", is cheap, nasty, poorly produced and badly finished crap.
Temple & Webster's websites certainly give all the pretence of "style", from the logo (and name) down. But if the "Chicago" is anything to go by, its advertised products will have no real substance whatsoever.
The "Chicago" comes under the heading of "The Way We Were - Nostalgia ornaments & decor": "Evoke the warmth and whimsy of eras gone by with this cute collection of décor and ornaments. Perfectly kitsch, each hand painted piece is ideal for bringing character to a bare tabletop or desk, and is perfect for gifting." The items are described as being "every collectors dream". 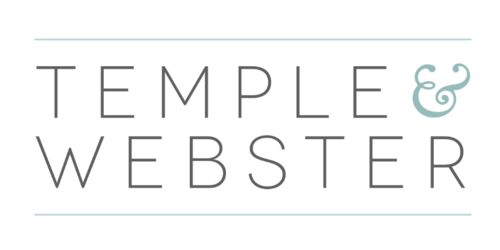 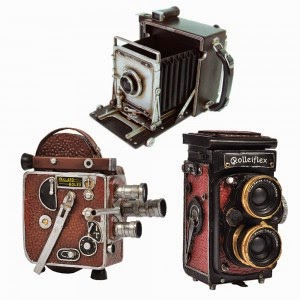 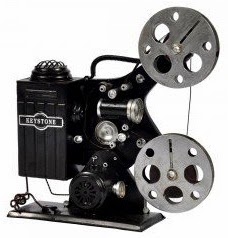 Ozmarket2011 in Sydney also sells fake projectors. One neutral feedback it received makes interesting reading: "The item is just of poor quality, a low-grade replica for the money." "The Item You Received Was Defect And We Have Exchanged It For You Right Away". "You have not replaced the film projector, it's not defect, it's just poor quality." One briefly fooled buyer, obviously. 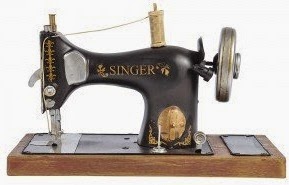 Now for a reality check: here is a close look at what one actually receives for these extraordinarily high prices: 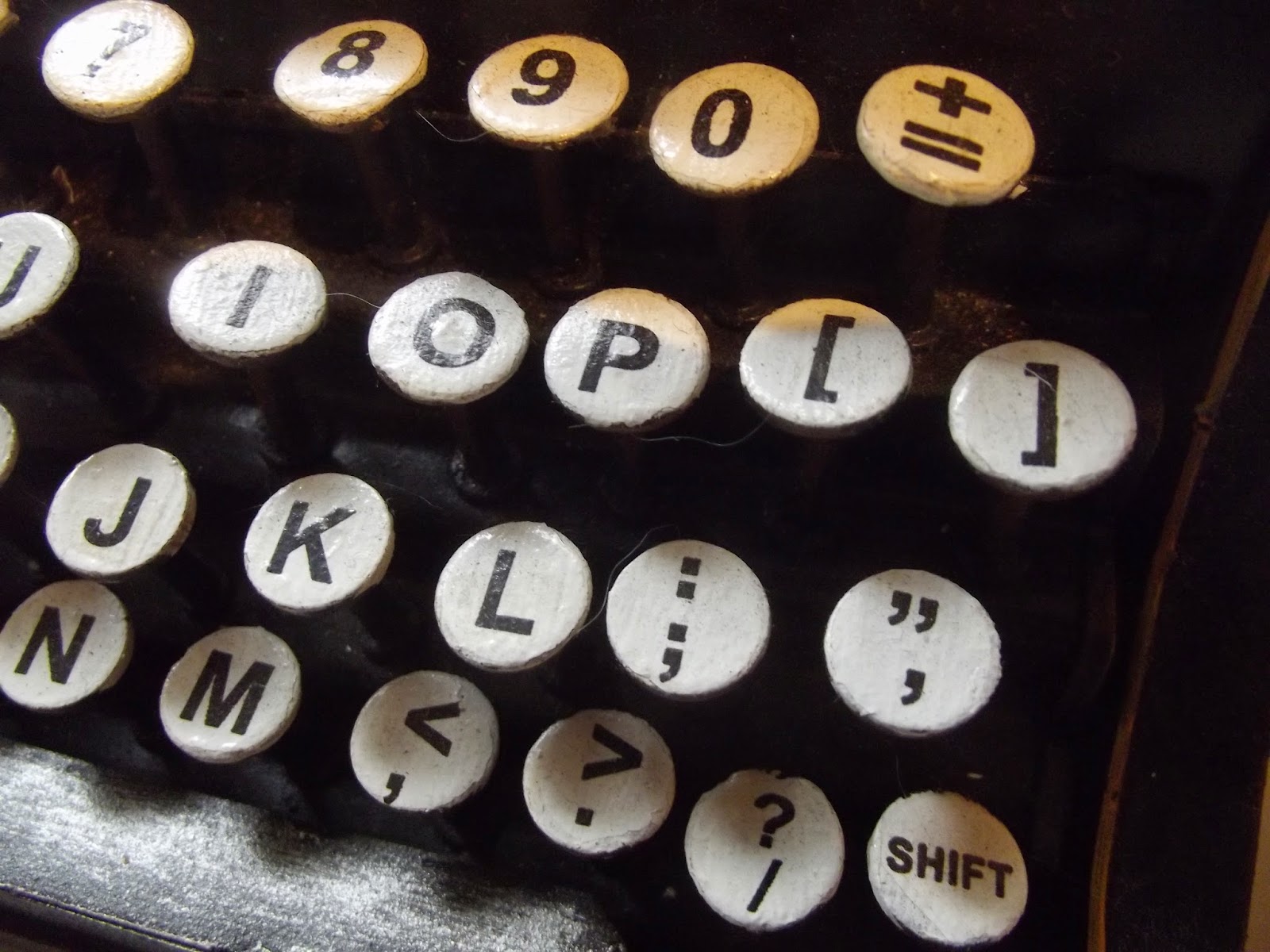 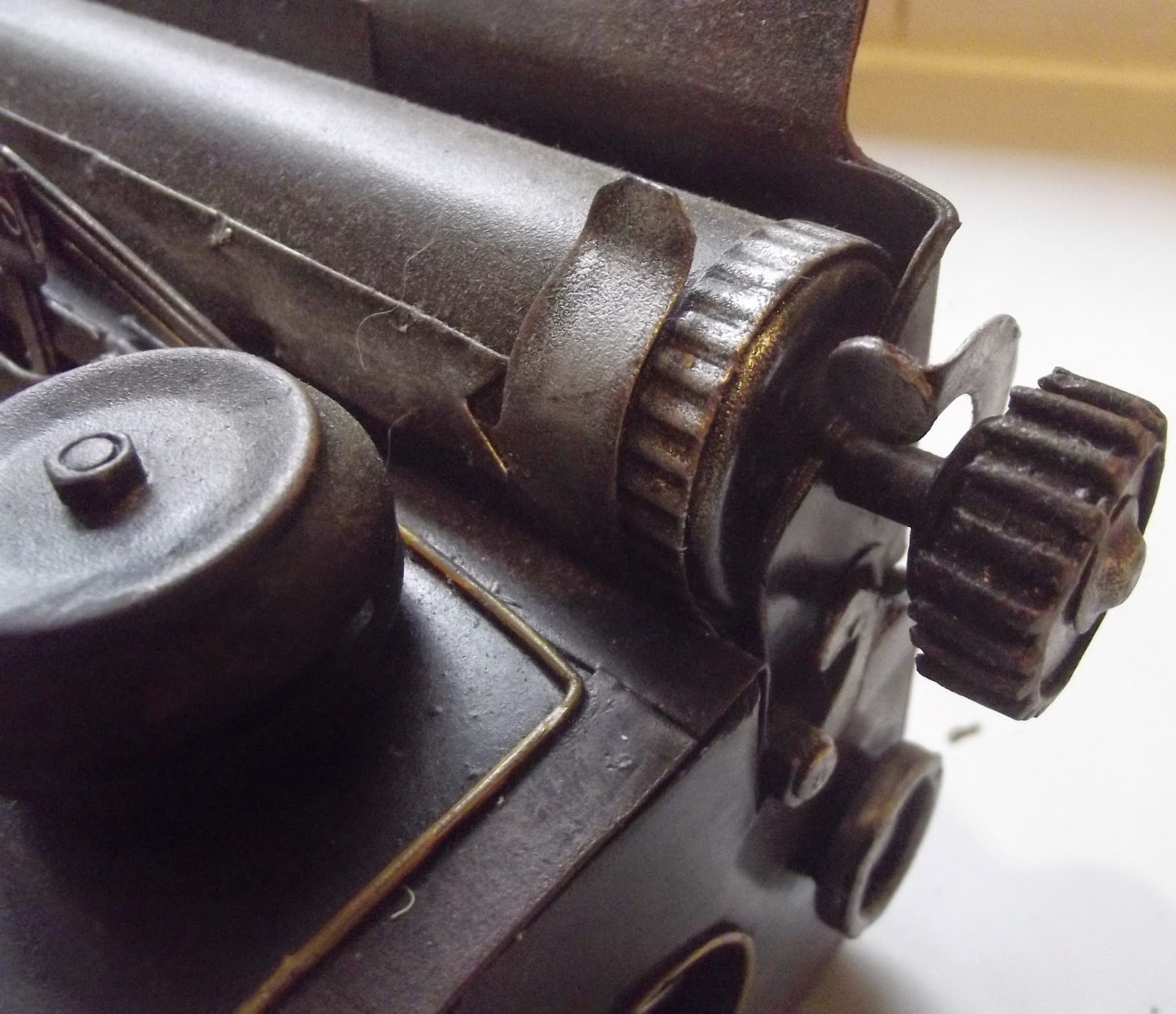 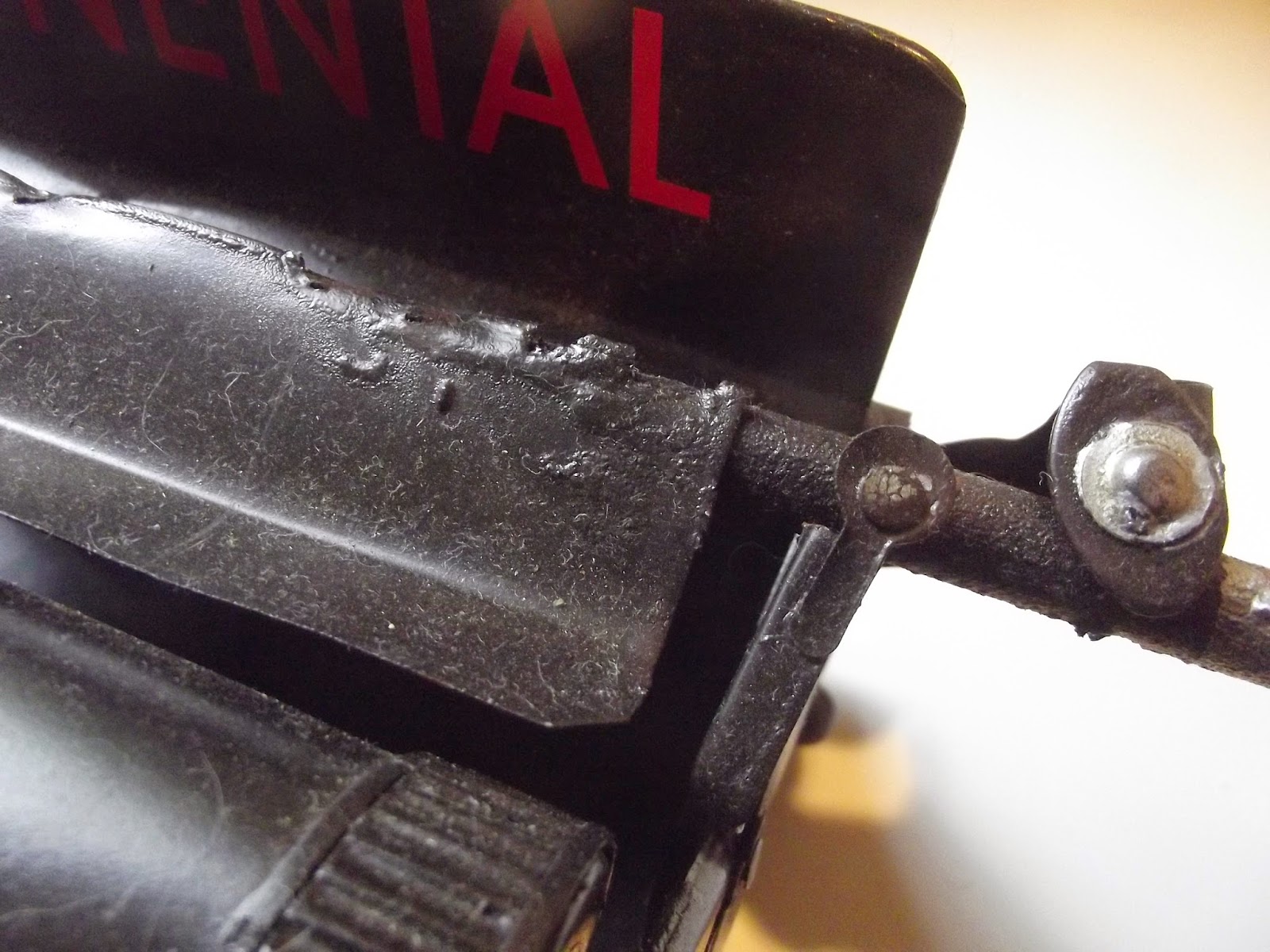 This is typical of the finish work. 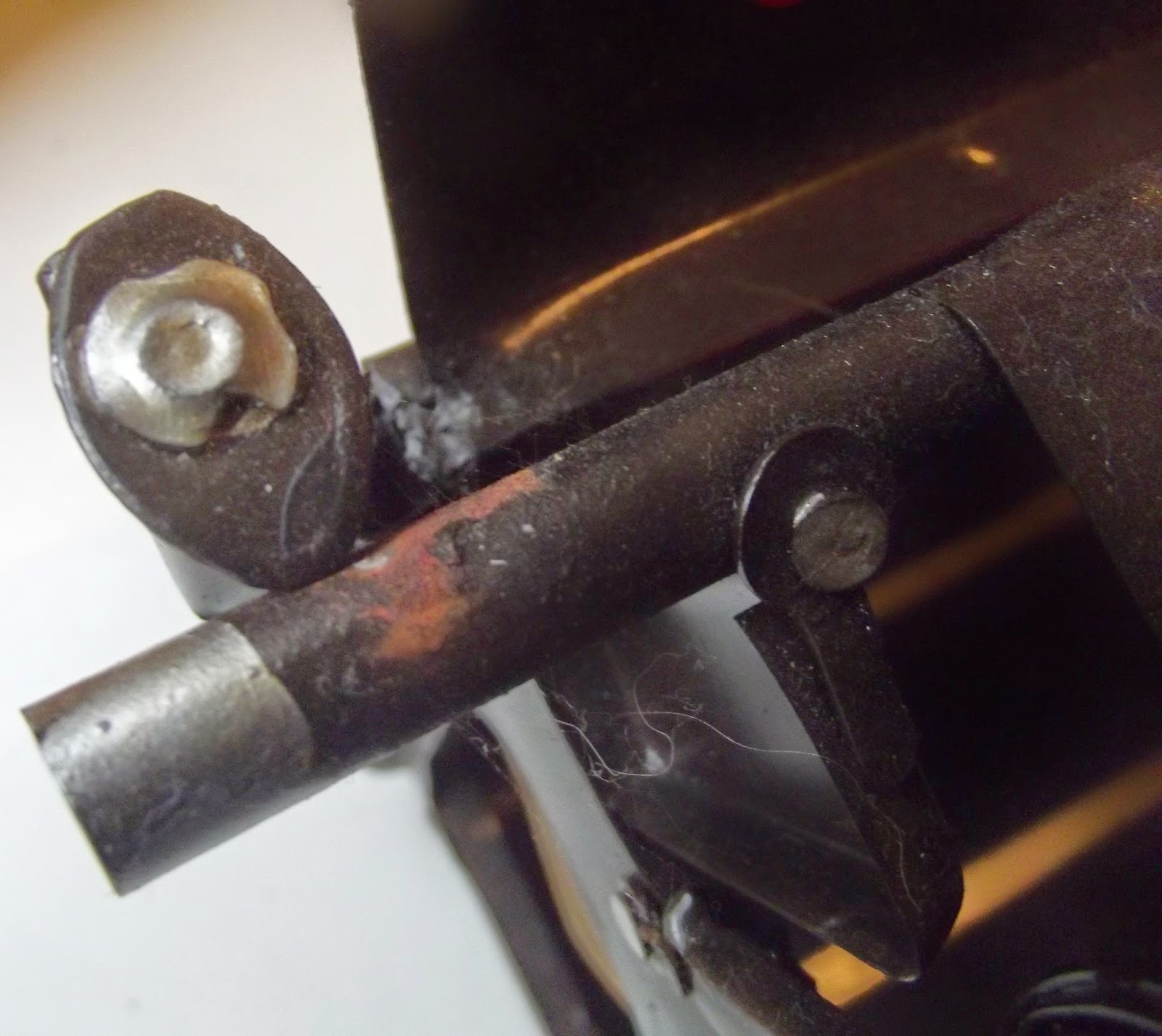 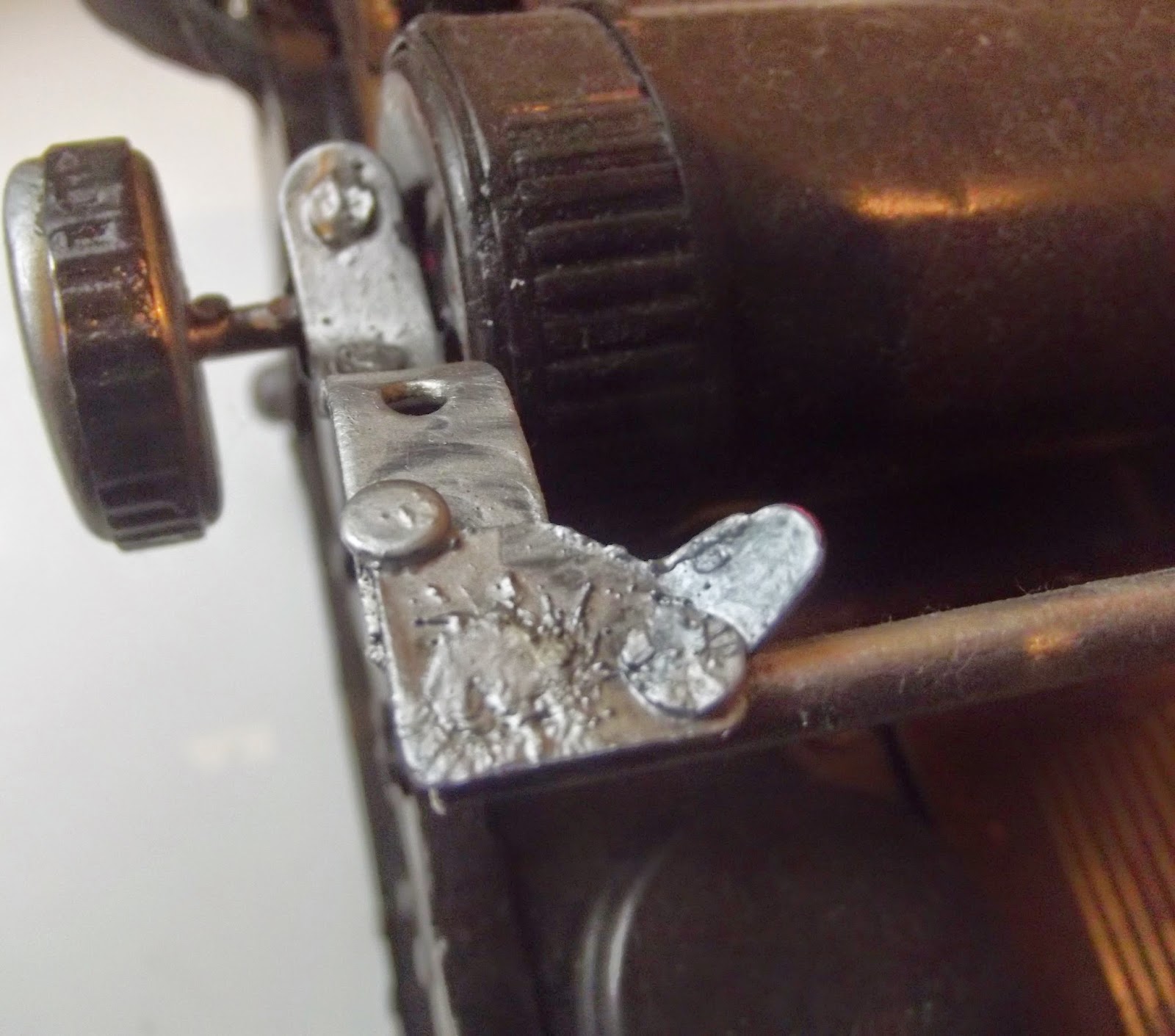 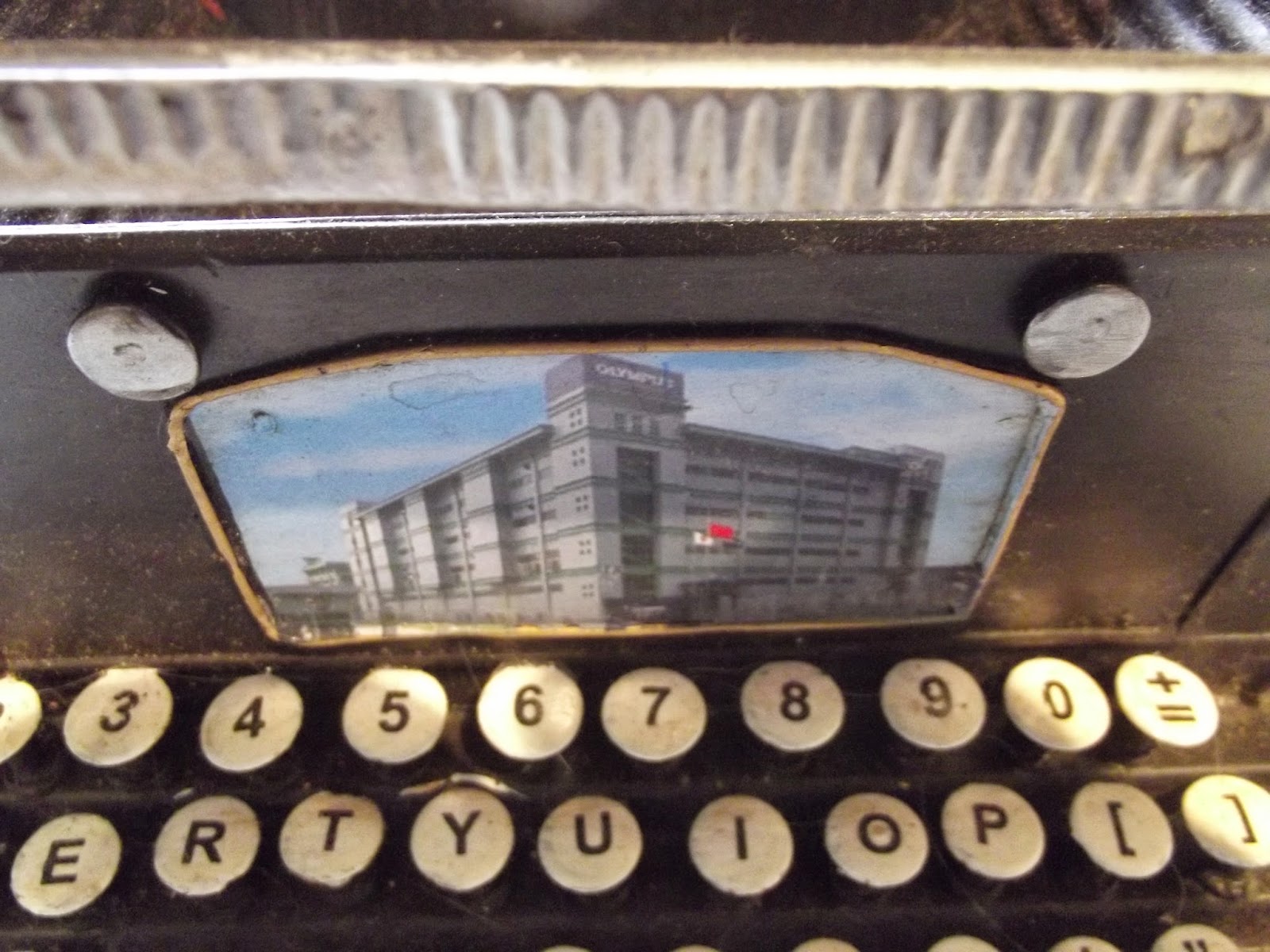 It purports to be a Continental and has an Olympus factory image on it. 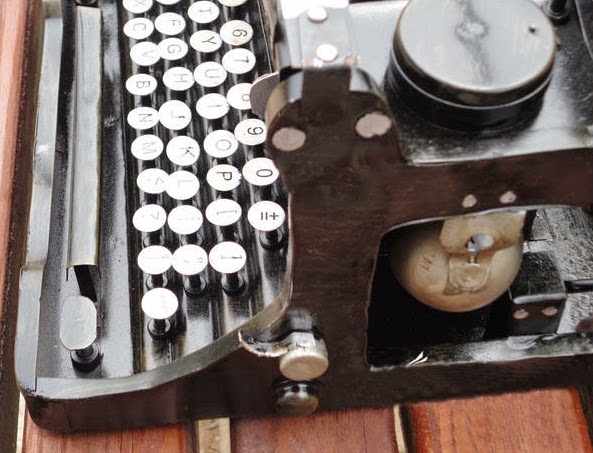 Above is the image on eBay, below is the reality: 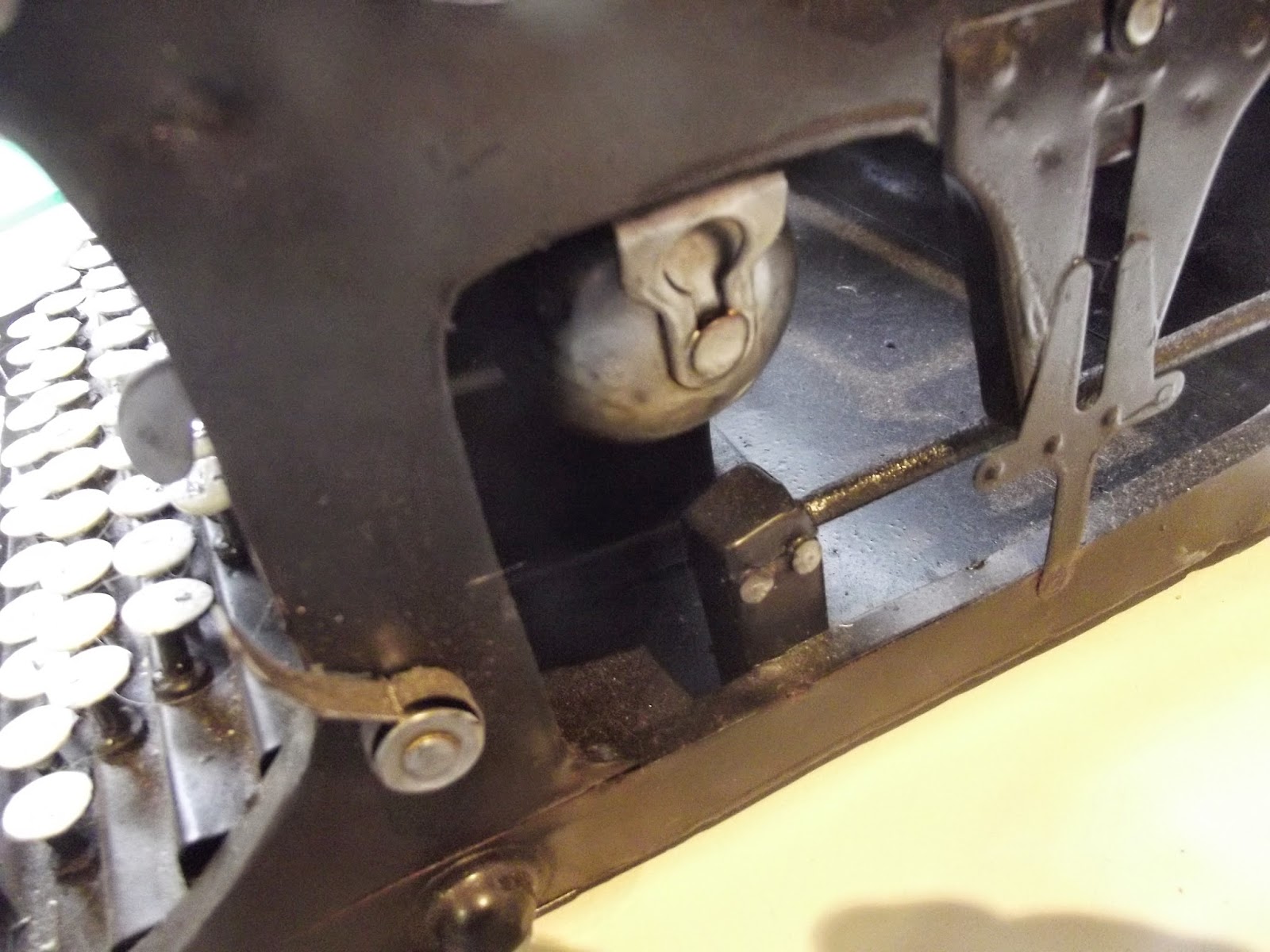 Ironically, I saw one of those last machines in a 'Typo' shop at Brisbane Airport, as part of their display. I groaned. At least the Typo in Chermside has a real Remington Sj.

Quite frankly, Scott, these are a complete waste of one hundred odd bucks. If you did buy one, you'd be too embarrassed to put it anywhere - you'd want to throw it in a bin!

These things are trash and kitsch, as you say. The only positive is that they are a sign that people find typewriters interesting. If you put one up on a high shelf or a dimly lit alcove, it might fool people ... then again, why not just buy an old typewriter??

So awful. It would be great if these retro tinplates could be banned or somehow excluded from a "typewriter" search.

Temple and Webster would do well to go broke. Their constant presence on eBay when searching for typewriters is forever frustrating.