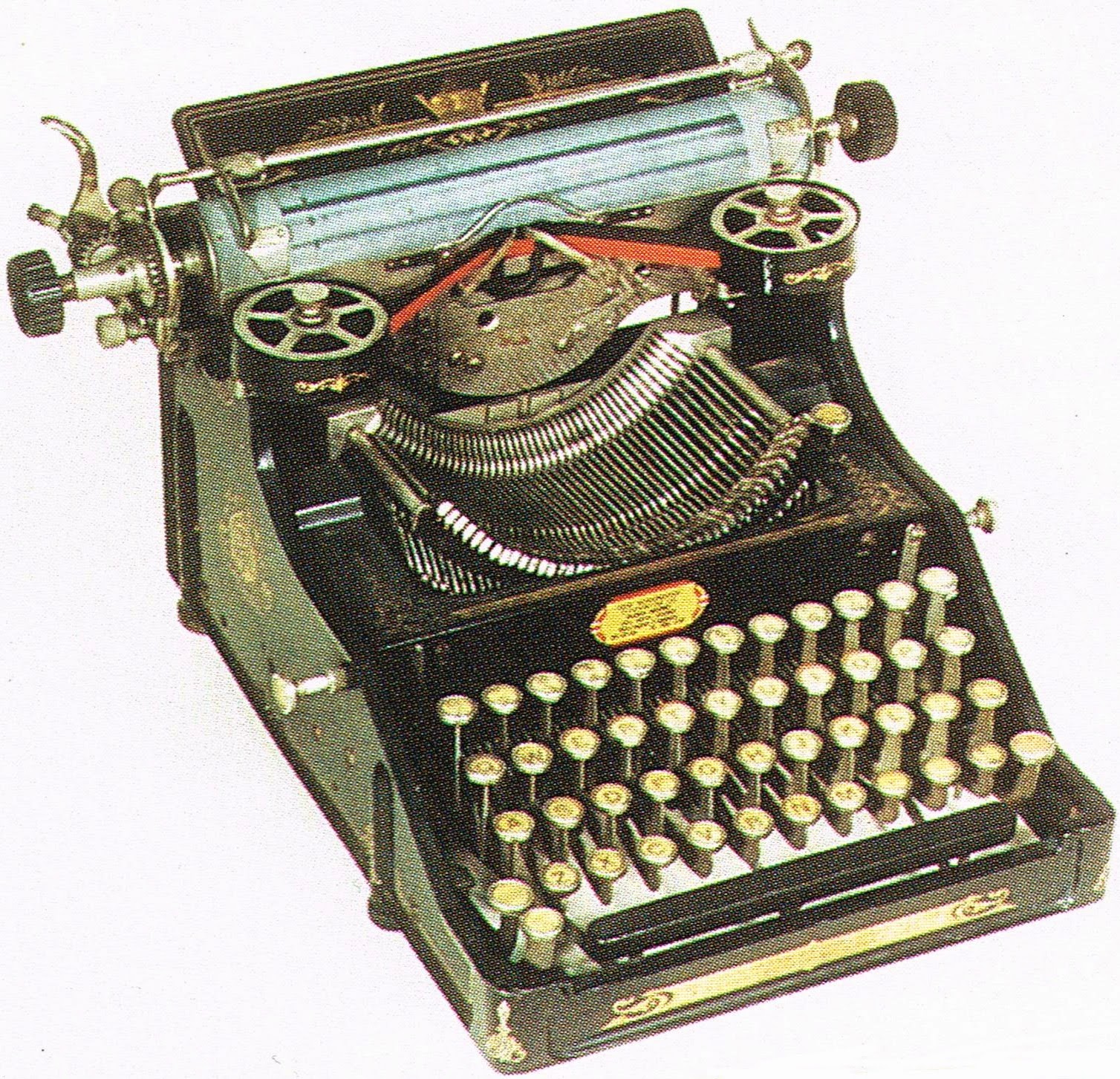 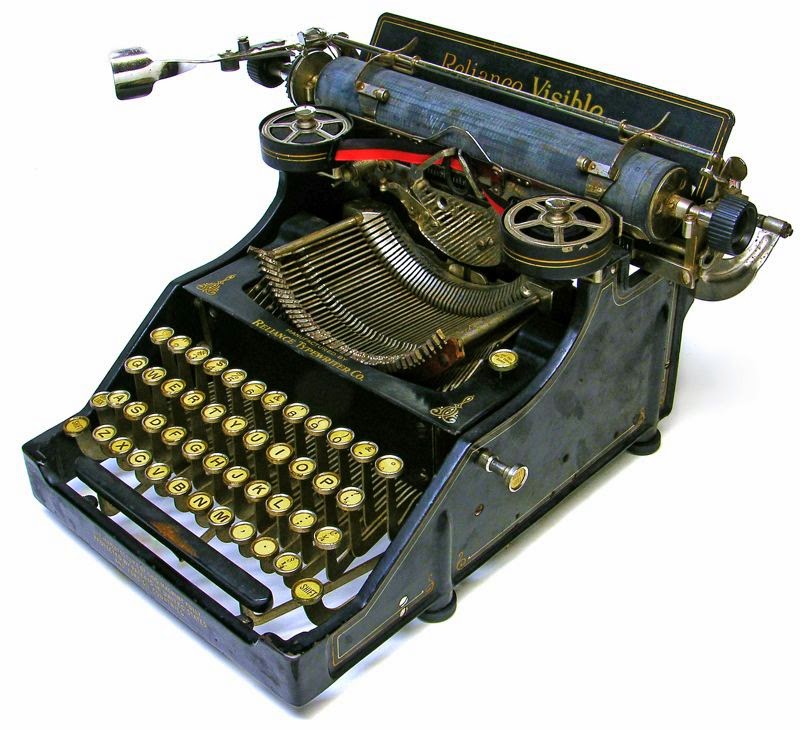 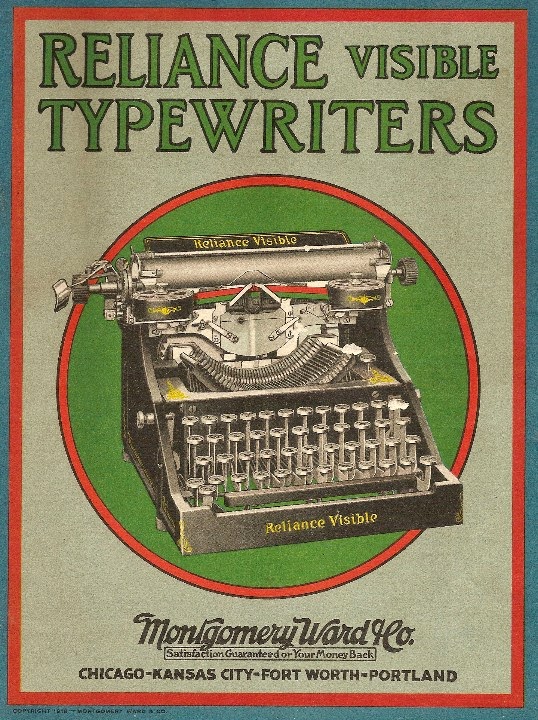 This is Richard Polt's Spanish keyboard Aztec, which is virtually the same model as the proposed new Pittsburg Visible and the later Reliance Visible-Reliance Premier. Richard described his brilliant restoration of this rare machine in his article in ETCetera in March 2009 (No 85). He also reviewed the history of the machine from the Pittsburg through to the Shilling Brothers, including an American Model 9. 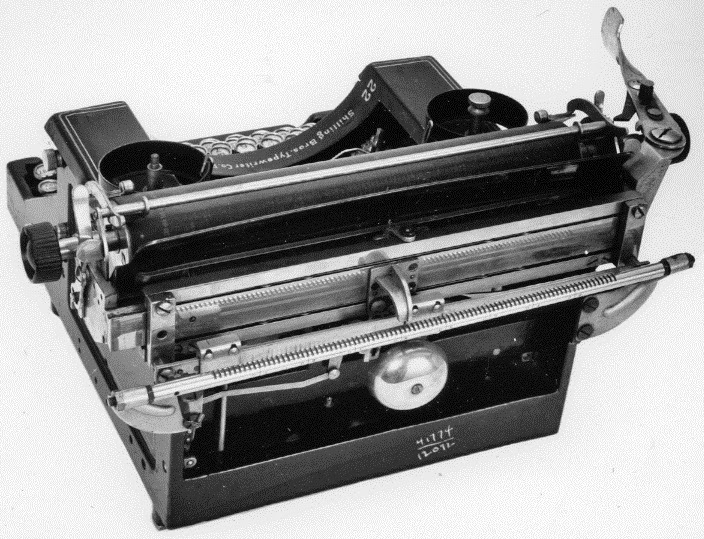 The back of the Shilling Brothers 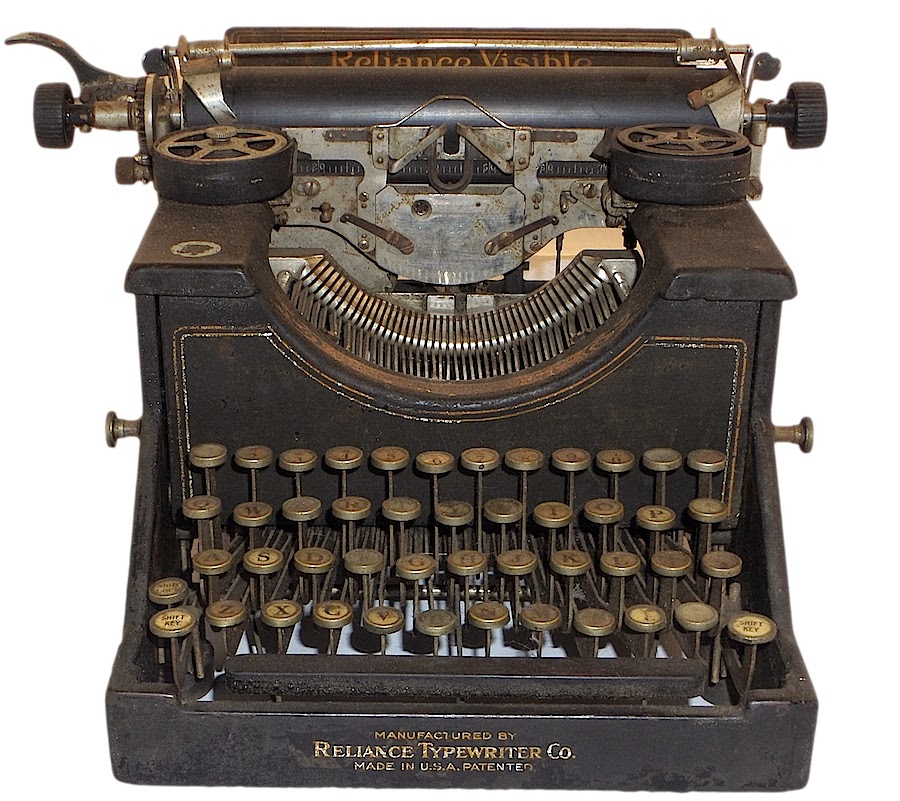 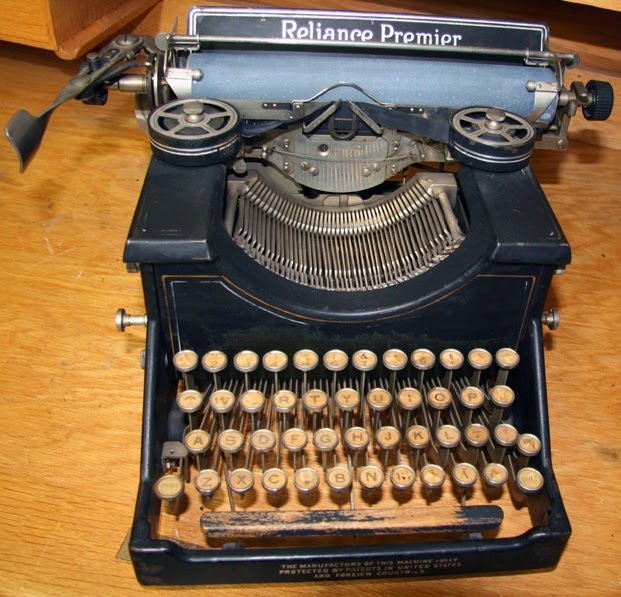 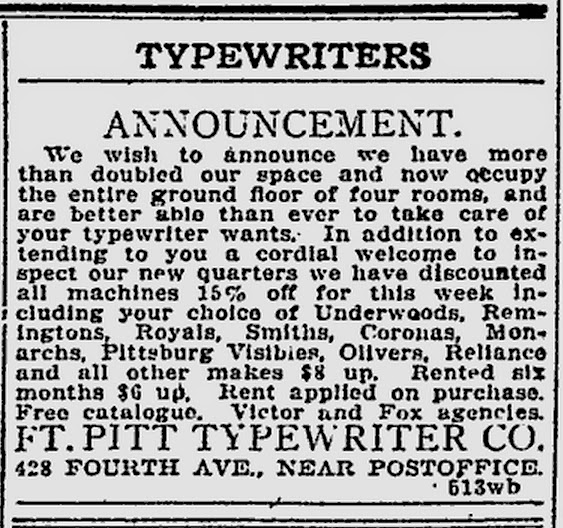 Posted by Robert Messenger at 21:15

Thanks for providing some insight into the Shilling Brothers and the Fort Pitt TW Co.

Hey, I just found mention of the Shilling Bros No. 22, described with specifications on pages 406-407 of the 1924 American Digest of Business Machines. It does mention an interesting difference between the Shilling 22 and it's ancestors: "Entire type section can be removed from the frame of the machine" and "It also permits the substitution of separate types for writing foreign languages".