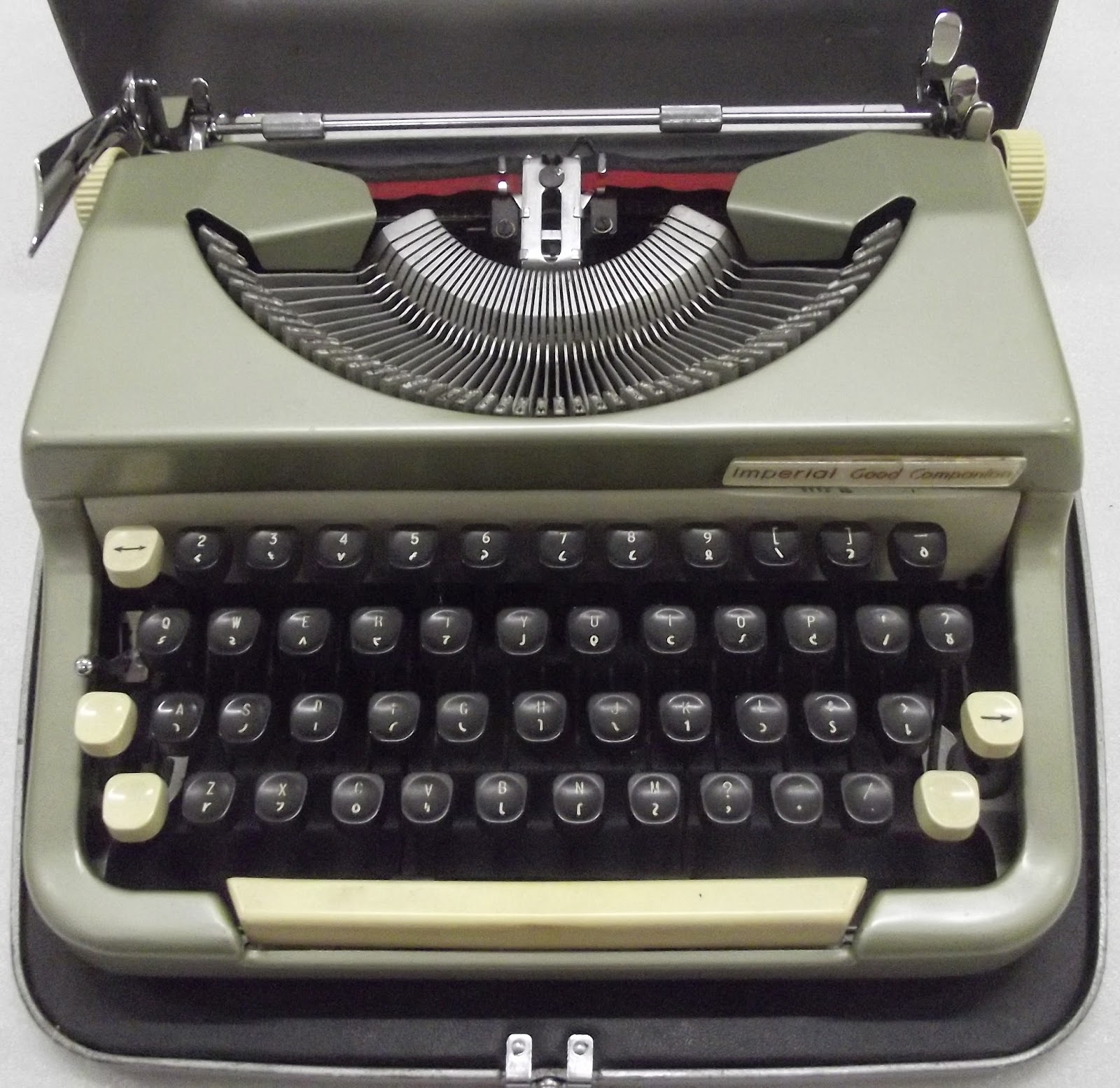 This Shavian keyboard Imperial Good Companion Model 6 portable typewriter, held by the Powerhouse Museum in Sydney, may be one of only a very small handful ever made. It was donated to the Powerhouse in 1972 by a man called Griffin.
The first two such models were made on commission in 1962, by Imperial in Leicester, England. They were made especially for Ronald Kingsley Read and Peter Arthur Desmond MacCarthy, both leading Shaw Alphabet scholars. MacCarthy was Reader of Phonetics at Leeds University.

Kingsley Read
Read was the creator of the Shavian Alphabet (which became in 1966 Quikscript, or the Read Alphabet or the "Second Shaw"). It was Read who persuaded the trustees of George Bernard Shaw's will to invest money, on "propaganda" grounds, to have Imperial make these special portable typewriters. Imperial charged the trustees £70 to cut the Shavian symbol typeslugs and marketed the typewriter, which also had Roman capital letters, for £29. There are no separate capital or lowercase letters in the Shavian alphabet, as in Latin script. Instead of using capitalisation to mark proper names, a "naming dot" (·) is placed before a name. 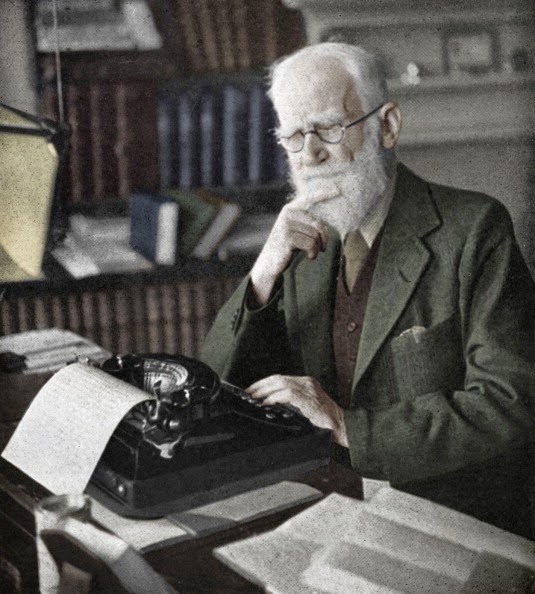 The background is this: In February 1941, George Bernard Shaw wrote a preface to Richard Albert Wilson's The Miraculous Birth of Language in which he called for "an alphabet capable of representing the sounds of the following string of nonsense quite unequivocally without using two letters to represent one sound or making the same letter represent different sounds by diacritical marks". The book was published later that year, by which time Shaw had made public his planned campaign with a long letter to The Times of April 14. Shaw had served from 1926 to 1939 on the BBC's Spoken English Advisory Committee, which included several exponents of phonetic writing. He also knew Henry Sweet, creator of a Current Shorthand (and a prototype for the character of Henry Higgins in Shaw's Pygmalion, aka My Fair Lady), although Shaw himself used the shorthand system of Isaac Pitman throughout his life. 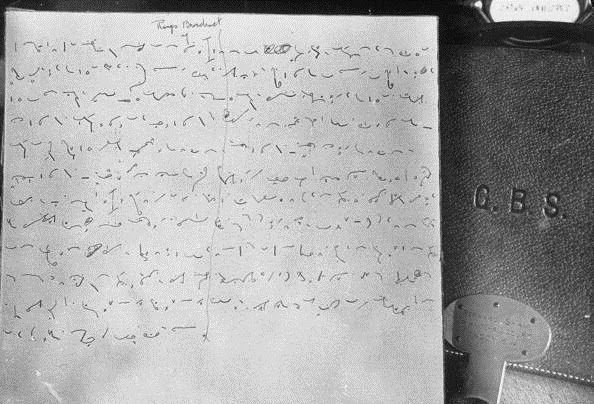 All Shaw's manuscripts were initially written in Pitman's shorthand before he transcribed them on a typewriter. In his earlier years, from about 1896, or even earlier, Shaw used a Bar-Lock typewriter (see note from Typewriter Topics, 1916, below) and in later life he used a Remington Noiseless portable. The sample above is from 1944. 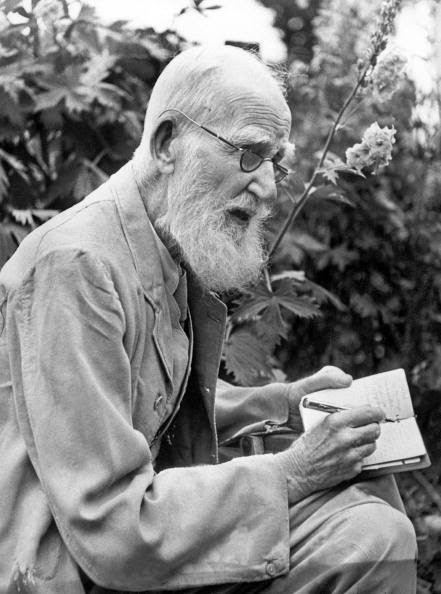 Shaw writing in his notebook in 1946

Shaw's interest in spelling and alphabet reform was made clear in Shaw's will of June 1950, in which provision was made for Pitman's, with a grant in aid from the Public Trustee to establish a Shaw Alphabet. Following Shaw's death on November 2, 1950 (aged 94), and after some legal dispute, the Trustee announced a worldwide competition to design such an alphabet, with the aim of producing a system which would be an economical way of writing and of printing the English language. It was in part won by Ronald Kingsley Read, whose entry was later found to be the most acceptable and practical. 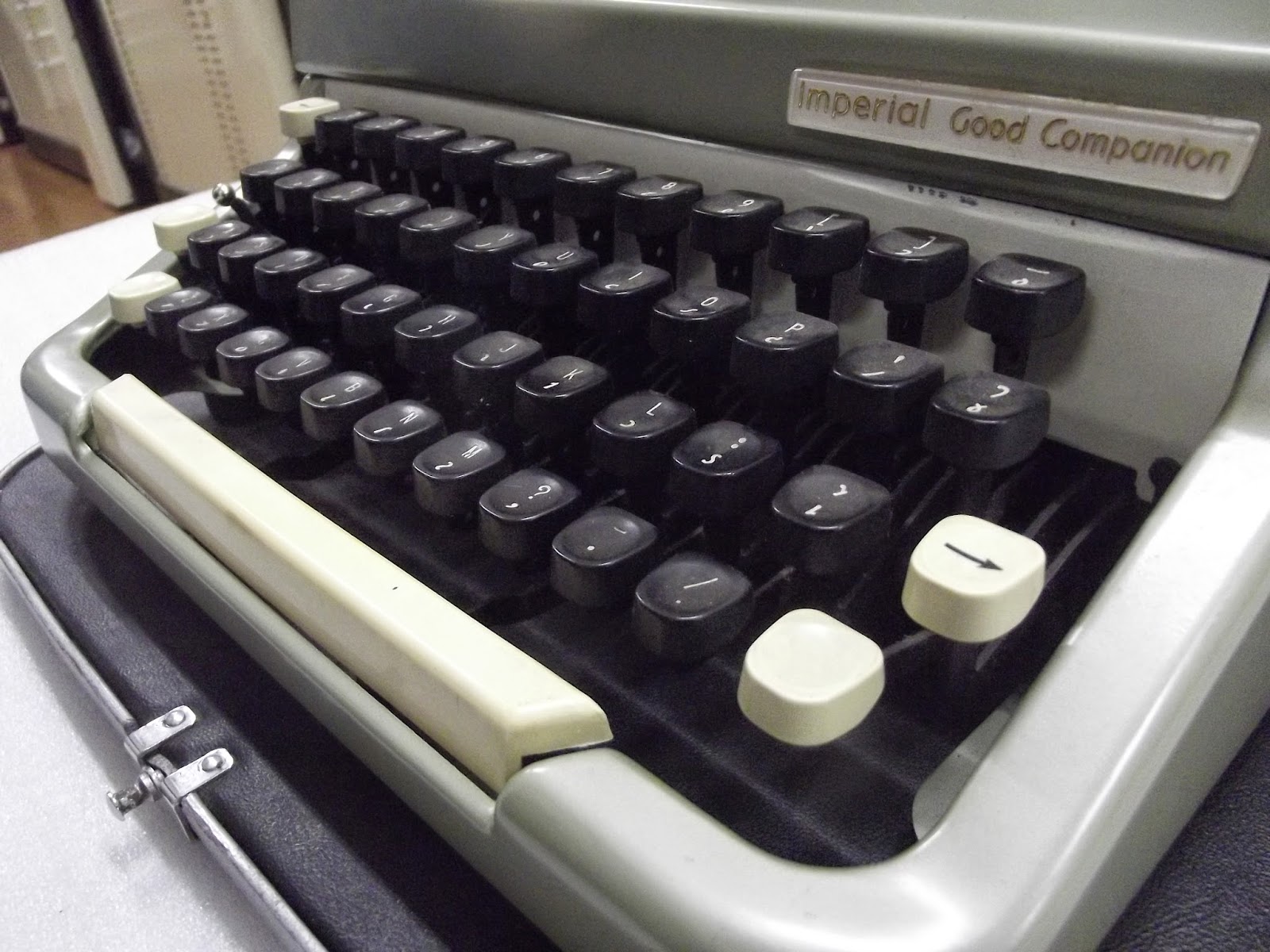 Read was born on the outskirts of Birmingham on February 19, 1887 and he studied design at the Birmingham School of Art. His varied career included becoming a partner in a toy factory and running his own sign lettering business, but throughout his life he maintained a keen interest in phonetics, corresponding with Shaw about the Sweet alphabet during the 1930s. He was one of the four contestants chosen to share the prize money for the alphabet competition held after Shaw's death and later appointed sole responsible designer. Read evolved a modified version of the Shaw Alphabet. The later Quikscript has more ligatures than Shavian, which makes it easier to write by hand. Its appearance is more cursive than Shavian. A few days before his death, in Bridgnorth, Shropshire, in late February 1975, Read completed his work on an enlarged version of the Roman alphabet, originally known as Soundspell and now called Read-spel. Soundspell is based, probably for increased chances of popular acceptance, on the Latin script. 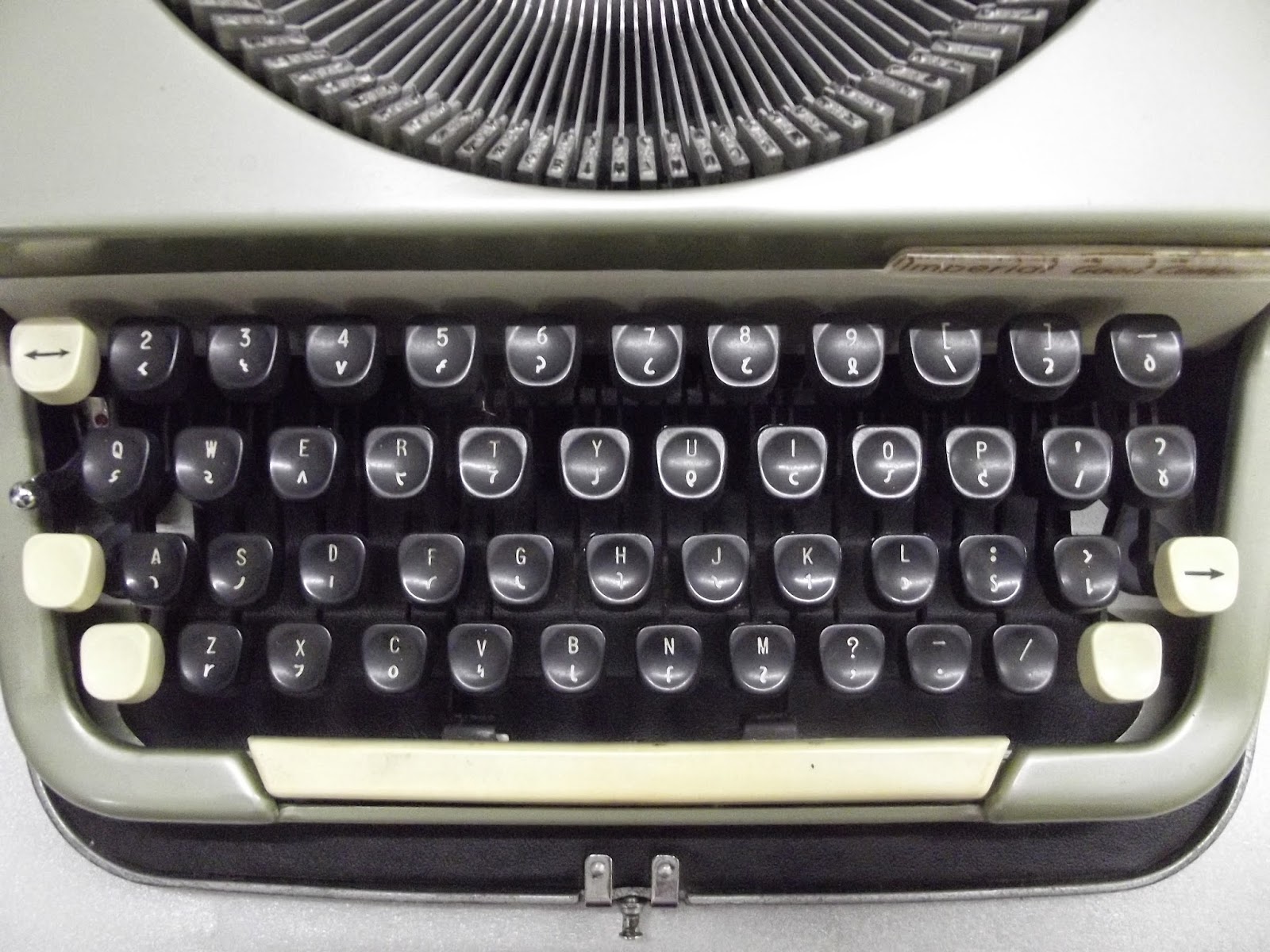 In a paper titled Sound-writing 1892-1972: George Bernard Shaw and a Modern Alphabet, written for an exhibition at the University of Reading library in 1972, Read outlined how the first two Imperial Good Companion portable typewriters came to be made. 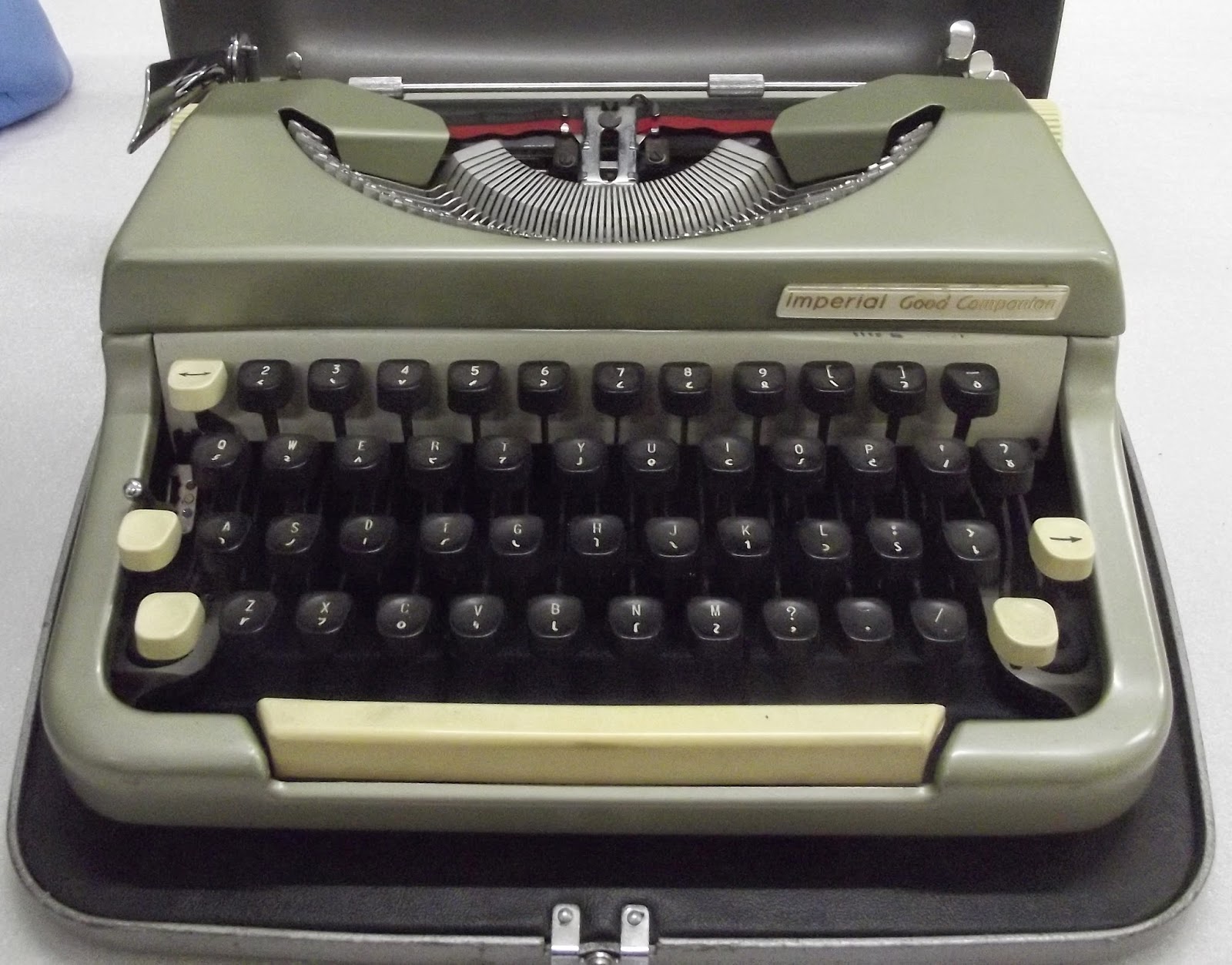 Read wrote, "For my part I was determined to carry the accomplished evidence further - further than the [George Bernard Shaw] Will specifically required. Throughout 1962 I had been preparing plans for a Shavian typewriter, and on propaganda grounds the Trustee accepted quotations obtained from Imperial Typewriters Ltd, Leicester. The special letters were cut for around £70 and thereafter a normal portable machine (44 keys, 88 characters) was available at the current catalogue price of £29. The Trustee provided Mr MacCarthy and myself with the first two such machines. The keyboard not only carried the Shaw Alphabet, numerals, punctuation marks and sundry signs: it retained 26 Roman capital letters for orthodox addressing of envelopes. I used my Shavian typewriter to produce a quarterly journal called Shaw-script; for correspondents sought more reading practise than Androcles and the Lion [Shaw's book published in his alphabet] gave them. The original typescript [for the journal] was reduced and offset printed by Rank-Xerox Ltd, Birmingham. 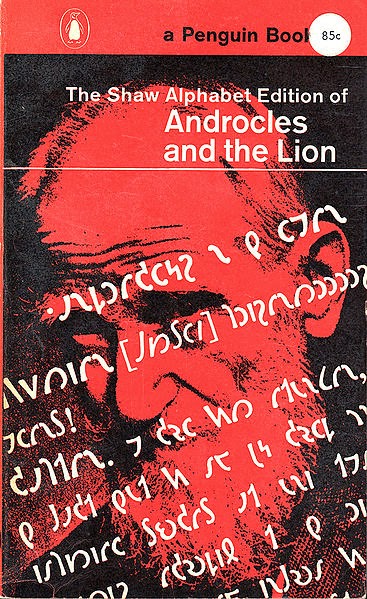 "Mr P.A.D MacCarthy, from Leeds University's Department of Phonetics, [had undertaken] a transcription of Androcles in the new alphabet as soon as one could be adapted and approved. He was therefore asked by the Trustee 'to collaborate with one or all of the four designers mentioned ... to produce the best possible alphabet ...' Various revisions were considered till finally each designer's latest attempt was re-written by a disinterested calligrapher for comparison. The selectors chose mine as closest to their requirements, discussed with me a few possible alternatives, and nominated me for appointment as designer responsible to the Trustee and his adviser. My letter of appointment is dated July 19, 1960. A month later, on August 18, I brought to London the finished Shaw Alphabet."

MacCarthy was born on May 9, 1912, in Westminster, London. He died in London on September 12, 1979. Educated at Rugby, he read modern languages at Cambridge. His remarkable gifts were recognised by Daniel Jones, who appointed him to an assistant lectureship at University College London in 1939. In the early years of the war he worked for the British Council successively in Bucharest, Athens and Cairo. Then he helped to train BBC announcers for a while before joining J. R. Firth at the University of London School of Oriental and African Studies. In 1948 he moved to the University of Leeds to take charge of the Department of Phonetics then being set up. 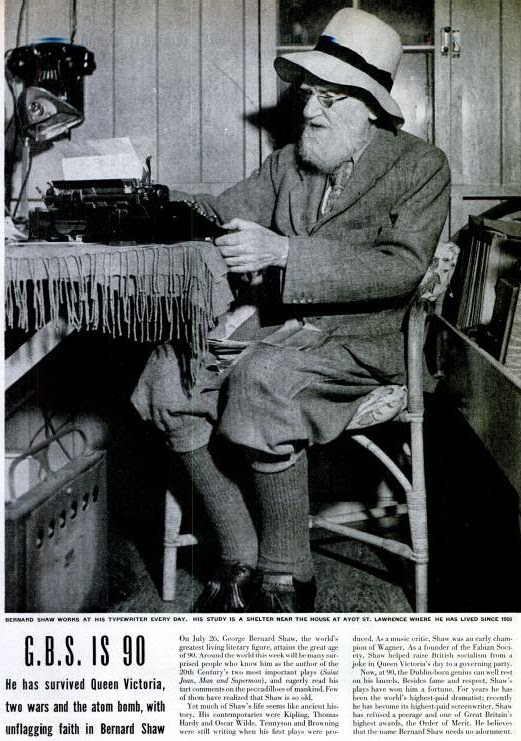 Shaw was in the vanguard of social progress for England and interested himself in the blossoming science of linguistics. He supported the popular scientific viewpoint that English, as written, has a unsuitable and inconsistent alphabet, using spellings which often represent obsolete sounds. Spelling reform of the existing alphabet had already been tried unsuccessfully, 50 years before, and had only resulted in more confusion, with a proliferation of multiple valid spellings for the same word. As a playwright, literary critic, socialist and polymath, Shaw knew all this, and wished to clear away this quagmire. As he did all his own writing himself in the phonetically-based Pitman's shorthand, he recognised the many benefits offered by a completely phonetic alphabet. With this in mind, he gave instructions in his will that for the first 21 years after his death, the earnings from the royalties of all his works should be spent on the creation and promotion of a phonetic alphabet, using 40 or more letters, each of which represented one sound, and one sound only, of the English language. This was the inspiration for the Shaw Alphabet.

The Roman alphabet was brought to England by Latin-speaking monks. With only 26 letters, this alphabet was used to write Latin very efficiently, but is not suited for transcribing English, which has around 40 basic speech sounds.
Originally other letters had been added to the Roman alphabet, for some of the additional sounds used in English words. Unfortunately, with the invention of the printing press, the font was standardised to the basic Roman alphabet, and English spelling was changed to accommodate those missing letters. In English, to get around the limitation of 26 letters, some Roman letters can represent any one of several sounds, and pairs of letters are used to represent a single sound.

Due to human avarice, the development of the Shaw Alphabet was delayed. If Shaw's will had been executed immediately, and the Alphabet Trust had been established as envisioned, more than £5000 would have been spent to develop and proliferate the Shaw Alphabet. However, the will was successfully contested by other hopeful beneficiaries, and an out-of-court settlement awarded the Alphabet Trust a meagre £8300. The British Public Trustee, who had been charged with the responsibility of arranging the design and promotion of the new alphabet, offered £500 as a prize in a competition for the design of the new alphabet. By New Year's Day 1959, the closing date of the competition, 467 entries had been received. Of these, four were judged to be worthy of reward, and the author of each received £125. Ostensibly, the four designs would be merged together to produce one super-alphabet; but the final alphabet was based largely on the design of Read. After the prize money had been distributed amongst the winners, £7800 remained of the portion of Shaw's estate that had been allotted for the Shaw Alphabet. The vast majority of this was used to produce the only book that has so far been printed in the Shavian Alphabet: a bi-alphabetic version of Shaw's Androcles and the Lion. It was published by Penguin Books on November 22, 1962. Around 47,000 copies were printed in total: 13,000 in hardbacks for distribution to libraries around the world, and the rest in orange paperbacks for public sale. A continuing interest developed, but the book went out of print, and popular interest diminished. 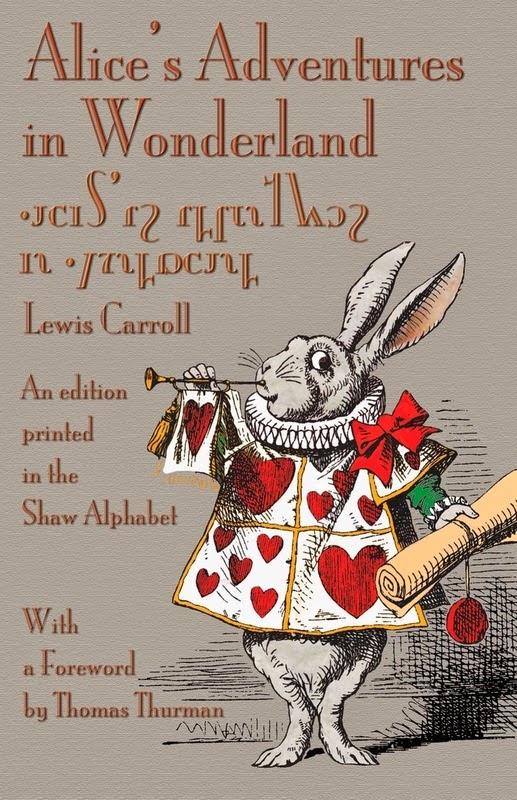 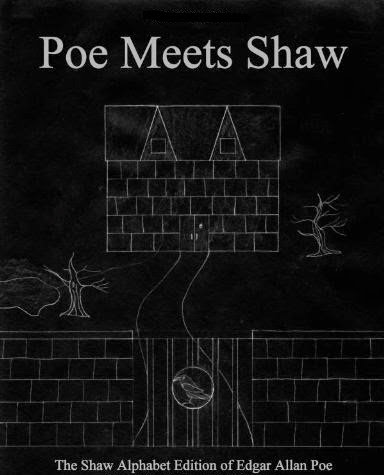 The Shavian fonts were designed by Michael Everson, an American and Irish linguist, script encoder, typesetter, font designer and publisher. He runs a publishing company called Evertype, through which he has published more than 100 books since 2006. His central area of expertise is with writing systems of the world, specifically in the representation of these systems in formats for computer and digital media. He has been described as "probably the world's leading expert in the computer encoding of scripts" for his work to add a wide variety of scripts and characters to the Universal Character Set. 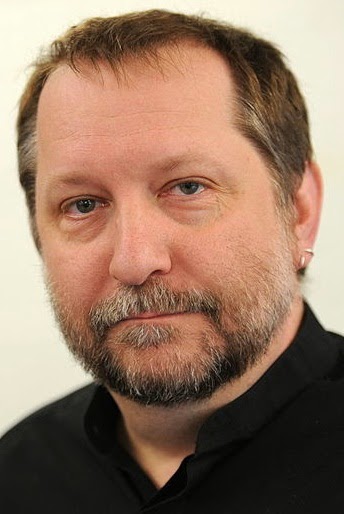 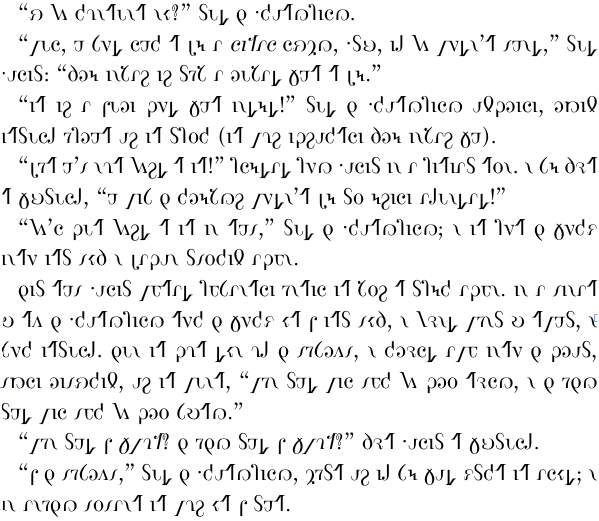 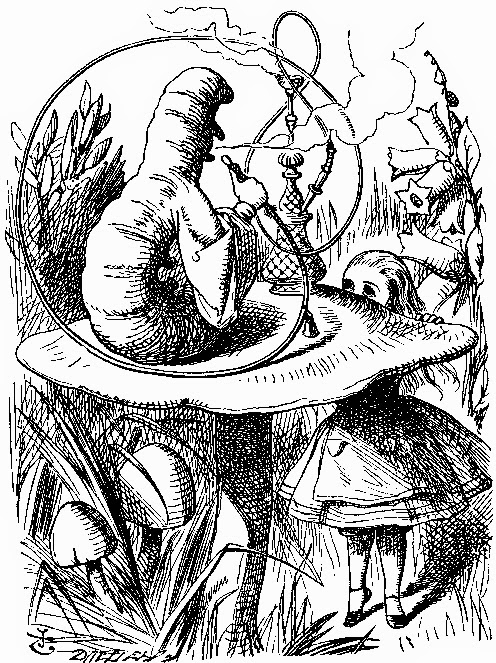 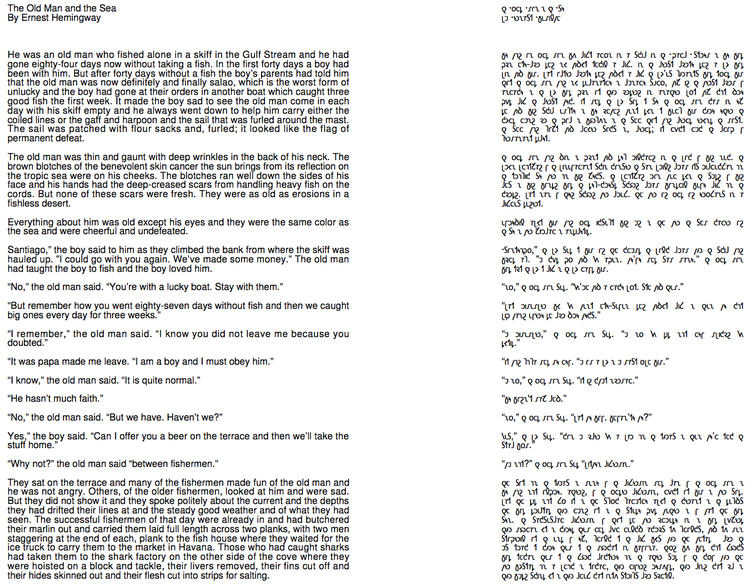 Posted by Robert Messenger at 15:12

Interesting. I never heard of Sahvian before. Looks more difficult to write. What about numerals?

Fascinating. I remember your earlier report on Shavian and am glad to see a followup.

Only £70 to create Shavian type? Seems like quite the bargain!

Interesting, but kind of confusing. Not sure I'd want to learn a whole new written language at this point in my life, and to what end!?
I've found that with texting, and maybe it's the american education system now, but high school kids don't know spelling, punctuation, or grammar any more. You can hardly read and understand what they write.
Maybe one of these phonetic systems could help!?
Thanks for your fine research!

I studied Shavian for a while, as I love alternate alphabets, and it's lovely to look at. The problem with the "rationalized" phonetic writing systems is which pronunciation to use as the basis for spelling? My cousin in Texas doesn't pronounce anything the way Mr. Shaw or Mr. Read did. Thus one still has to have standardized spelling conventions. But what I wouldn't give for one of those Imperials!

Quite a fascinating look into an interesting typewriter. I'm guessing there isn't an awful lot of these out there. Great writeup.

Quite a fascinating look into an interesting typewriter. I'm guessing there isn't an awful lot of these out there. Great writeup.