'Armed with only her portable typewriter, Louise Mack documented the awful truths of defeat: rape as a weapon of war, the despair of refugees fleeing the city and the wails of dying pets locked in the houses they left behind. Remaining in the city to see the German conquest at first hand, and finally able to get away disguised as a Belgian peasant, Mack brought the story of violent Belgian subjugation to the world and was lucky to escape with her life.'
- Sarah Dempster, The Australian, April 20, 2013 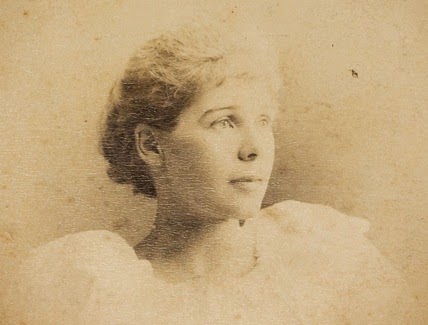 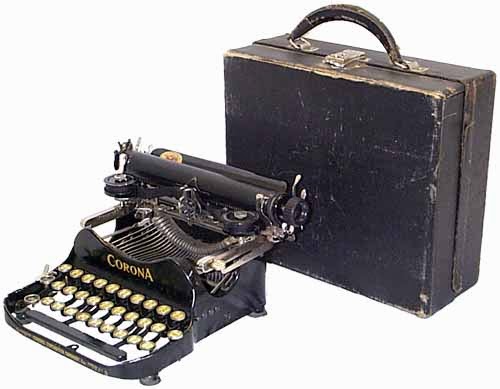 Last week plans were announced for an Australian memorial for war correspondents. The memorial is the project of the C.E.W. Bean Foundation, named after Australia's official World War I historian Charles Bean (who also used a Corona 3 portable typewriter). 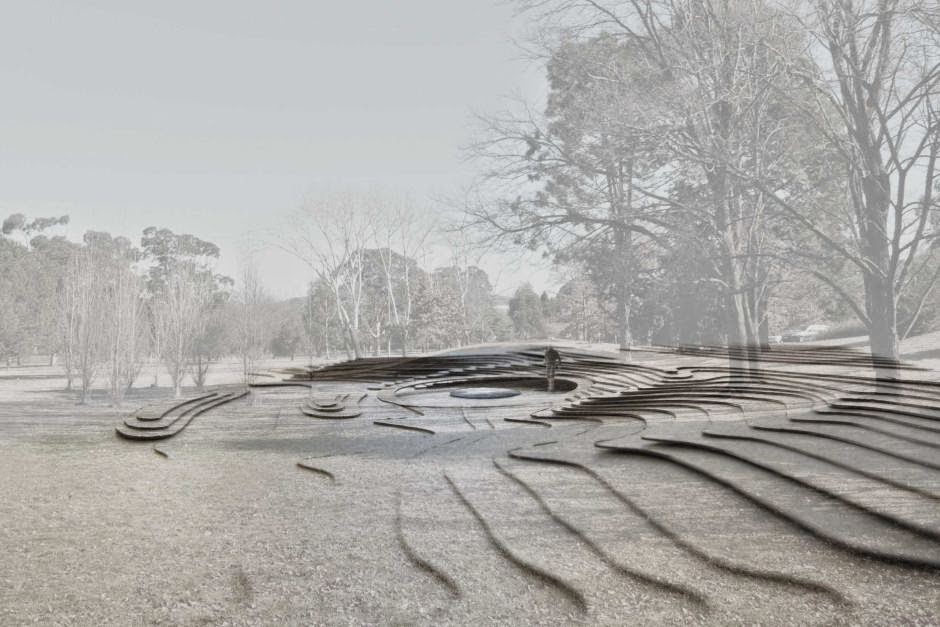 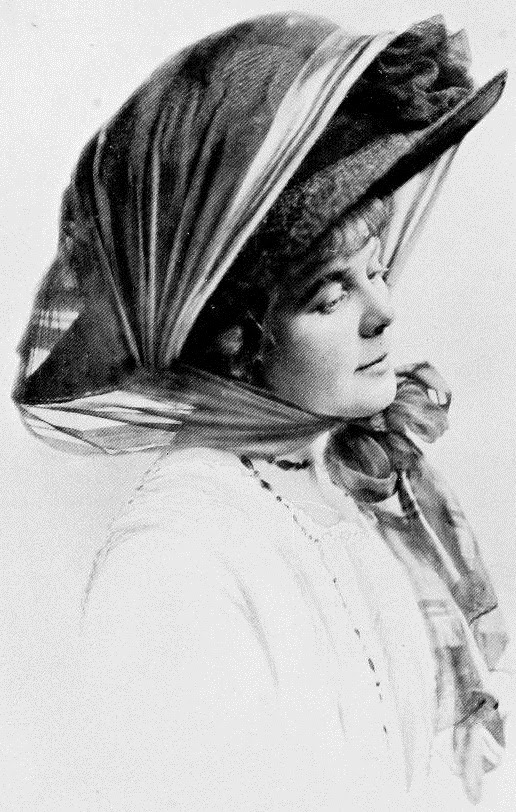 Marie Louise Hamilton Mack was born on October 10, 1870, in Hobart Town, Tasmania. She settled with her family in Sydney in 1882, where she attended Sydney Girls' High School. After briefly working as a governess, Louise became a regular contributor to The Bulletin in the late 1880s. In 1896 she married John Percy Creed, a barrister from Dublin. The same year her first novel, The World is Round, was published in London. In 1898 she joined The Bulletin staff, writing the "Woman's Letter" under the pen-name of "Gouli Gouli". 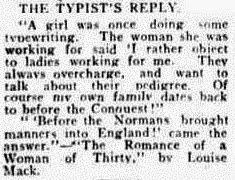 In 1901 Mack moved to England, without her husband, and wrote the novel An Australian Girl in London. She was engaged by Alfred Harmsworth (Lord Northcliffe) as a journalist on The Daily Mail and in 1904 published another novel, Children of the Sun, set in Sydney. For six years she lived in Florence, editing the Italian Gazette from 1904-07. 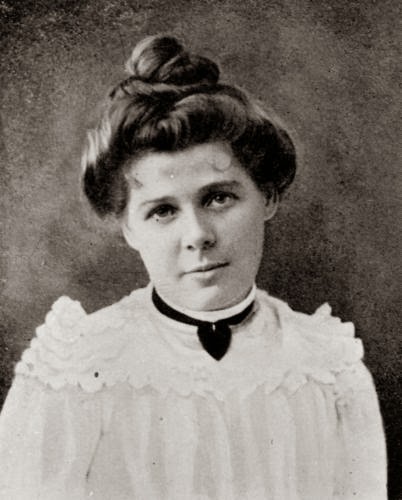 Back in England in 1914, Mack managed to get to Belgium as the first woman war correspondent, reporting for the Evening News and The Daily Mail. It was so astonishing to have a woman cover the war that at least one Australian newspaper made the mistake of referring to her as "Mr Louis Mack" - the newspaper simply refused to believe her copy had been written by a woman! 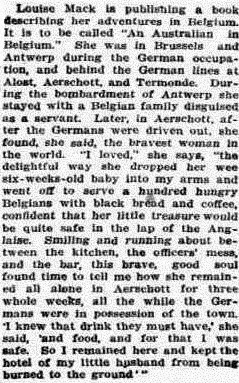 Mack's eye-witness account of the German invasion of Antwerp and her adventures - A Woman's Experiences in the Great War - was published in 1915. In 1916 she returned to Australia and in 1917-18 toured the country, speaking on her war experiences and raising money for the Australian Red Cross Society. From 1919 to the early 1930s she lectured in the Pacific Islands and New Zealand and, in association with the Department of Education and the Good Film League of New South Wales, toured Australia with travel talks and films for schools.
When in Melbourne in 1924, Mack married 33-year-old Allen Illingworth Leyland, a New Zealand Anzac. She died of cerebro-vascular disease in Mosman, Sydney, on November 23, 1935, aged  65.
Mack's sister, Amy Eleanor Mack (1876-1939) was also a journalist and in 1907-14 was editor of the "Women's Page" of The Sydney Morning Herald.
Posted by Robert Messenger at 09:26

Interesting story. I wonder could a typewriter be a part of the memorial.

That is indeed a good story. The fear of her achievements are made all the greater when one considers the place of women in society at the time. My grandma even in the 1940s-1950s got a daily allowance from her husband. This story is pretty incredible