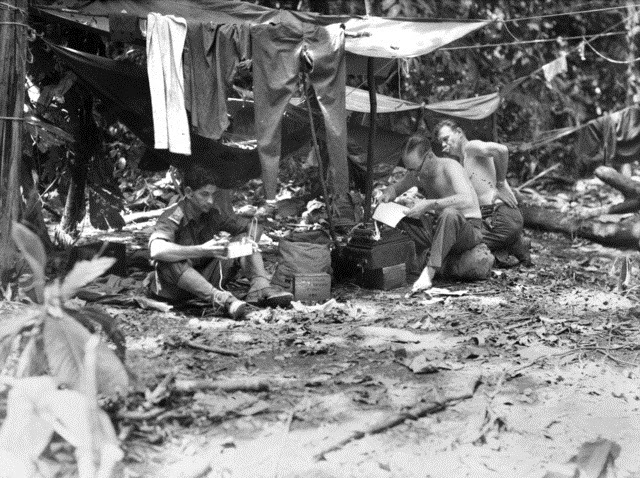 Ken Slessor at his typewriter, Lae, New Guinea, September 19, 1943. He had just landed with the 9th Australian Division and had made his headquarters as close to the front line as possible.
Kenneth Adolf Slessor (birth name Schloesser) is perhaps one of Australia's greatest ever poets, but he was also an experienced war correspondent.
He was born on March 27, 1901, at Orange, New South Wales. The surname changed on November 14, 1914, just after the outbreak of World War I. The family had moved to Sydney in 1903. Ken, a voracious reader, began writing poetry as a child and in 1917 his first publication, a dramatic monologue (spoken by a Digger [Australian soldier] dying in Europe and remembering Sydney Harbour and Manly Beach) appeared in the Bulletin. In 1918 Slessor joined the Sun newspaper as a cadet journalist, and studied shorthand and typing at the Metropolitan Business College run by Hector Reginald Austin (see earlier post on Royal typewriters in Australia).
Slessor became friendly with Norman Lindsay. He spent some time in Melbourne in 1924-25, writing satirical and light verse for the Herald, but in 1926 returned to Sydney and the Sun. He joined the idiosyncratic Smith's Weekly in 1927 and remained there until 1940, serving as an editor from 1935. 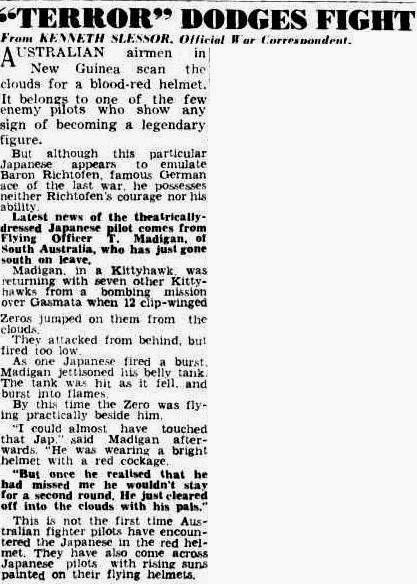 Slessor was appointed official war correspondent by the Commonwealth government in February 1940 and sailed for Britain in May. He served, frequently with Ron Monson, in North Africa, Greece, Crete and Syria until 1943, and was in Papua and New Guinea for some months in 1943-44. 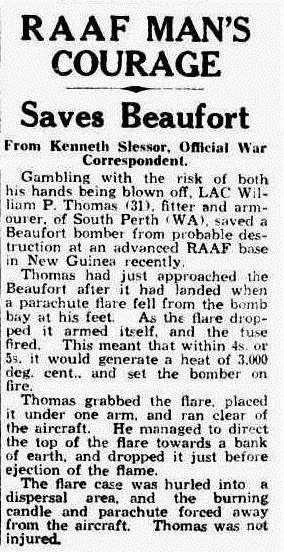 Regarding the position as a great honour, Slessor was loyal to the traditions and mythology of the Anzacs. He saw a good deal of action. His admiration for the ordinary soldier combined with his sharp eye and linguistic skill to make him a distinctive correspondent, but his dislike of military authority, and his frustrations with wartime censorship and military bureaucracy, led to disputes. In November 1943 Brigadier (Sir) Victor Windeyer complained that an account attributed to Slessor "of the operations leading up to the capture of Finschhafen . . . is most inaccurate". Slessor defended himself and asked for an official apology. When he learned that the army had sought his disaccreditation as a war correspondent, he resigned on February 21, 1944,  in protest against "the whole of the present attitude and working of the Army Public Relations Branch". His resignation was controversial and the matter was raised in the House of Representatives. 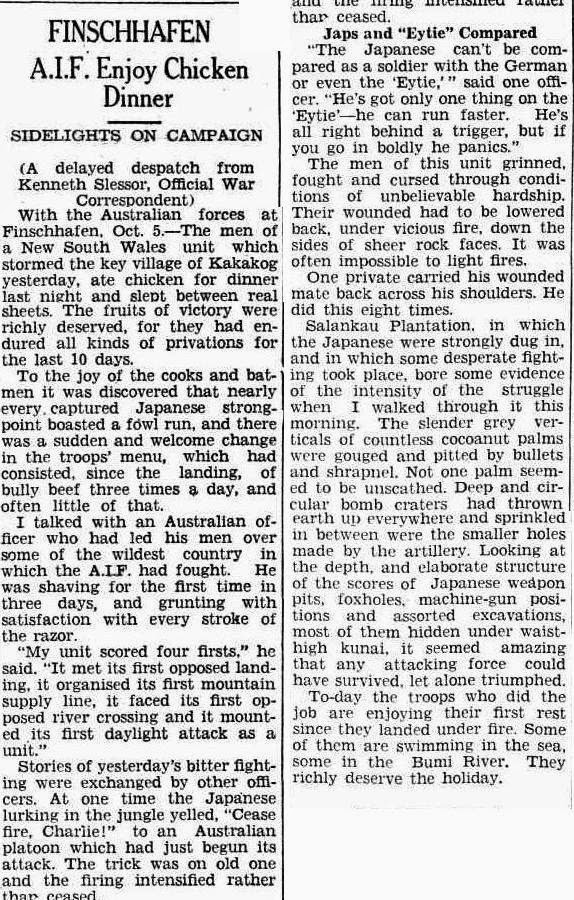 Slessor became an editor at his old newspaper, the Sun, in April 1944 and left in 1957 for the Daily Telegraph, where he stayed until 1971. He died suddenly of myocardial infarction on June 30, 1971, at North Sydney, aged 70. The War Despatches of Kenneth Slessor was published in 1987. 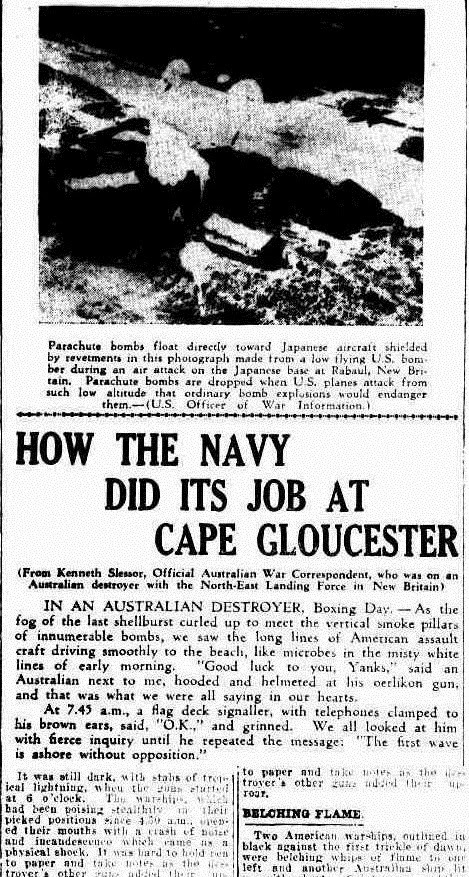 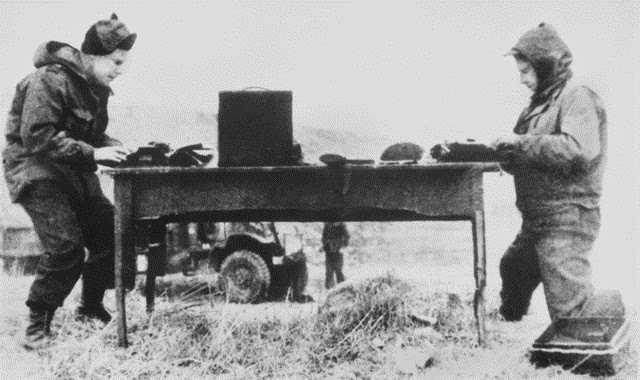 In bitterly cold conditions in North Korea in January 1951, Ron Monson, right, of the Sydney Daily Telegraph, and Harry Gordon type their stories.
Ronald Austin Monson (birth name Monsen) was born on February 21, 1905, at Kookynie, Western Australia, the son of a fireman from New Zealand. Moving to Perth in 1913, the family changed its surname to Monson as Monsen seemed too German. Monson became a cadet on The West Australian in 1925 and was city roundsman by 1928. In 1928-29 Monson trekked through Africa from the Cape of Good Hope to Cairo. His reports were cabled to The West Australian. His account of physical endurance, British colonialism and an attempt to conquer Mount Kilimanjaro appeared as Across Africa on Foot (1931). 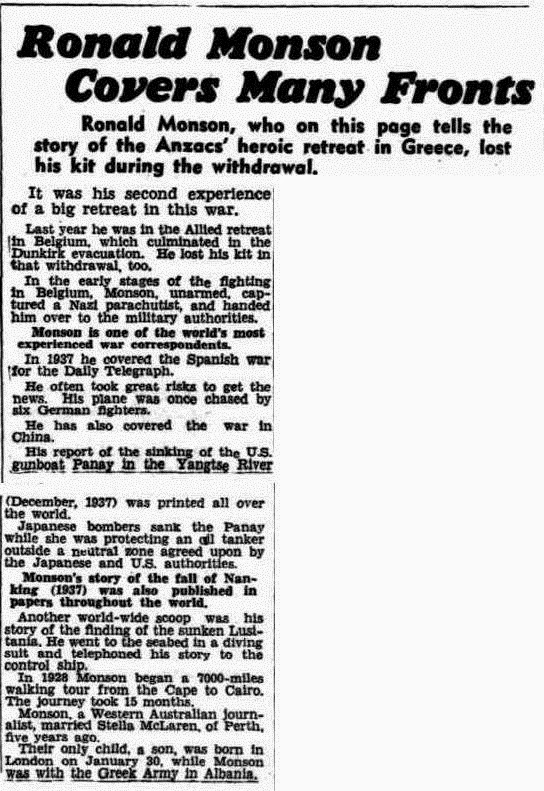 In 1934 he travelled to England and joined the London Daily Telegraph. In 1937 he covered the Spanish Civil War and the Sino-Japanese War, sending back stories about Japanese atrocities and the fall of Nanking. In October 1939 Monson went to the French front, representing the Sydney Daily Telegraph, the Melbourne Argus and some English newspapers, including the Daily Express. He described the evacuation of Dunkirk and the Blitz on London, and supported Slessor's complaints about delays in cable transmissions to Australia. 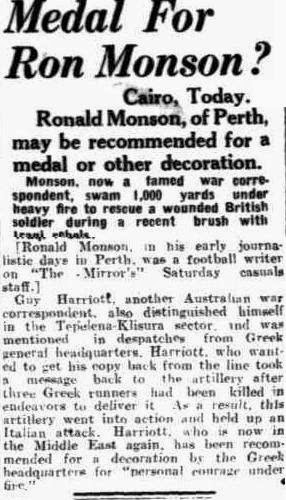 In May 1941 he was mentioned in dispatches for swimming across the Euphrates River under Iraqi fire to rescue a wounded British soldier. Slessor persuaded him in March 1943 that he was more valuable as a propagandist than a soldier. Monson next reported from Burma, and then from Alexandria, Egypt. Despite being dubbed the "Prince of Press Adventurers", Monson wished that the war would soon be won so that he could rejoin his family. He covered the Normandy landings on D-Day (June 6, 1944). In 1945 he accompanied a medical team which entered the Bergen-Belsen concentration camp in Germany; he was devastated by what he saw, and punched the first German he encountered. Anxious that his two sons should grow up in Australia, he became a top feature writer on the Daily Telegraph and Sunday Telegraph, Sydney. Monson was described as a "good rough and tumble bloke".

A "battlefront correspondent by choice and conviction", Monson covered the Arab-Israeli conflict in 1948, asserting that the government's support of the partition of Palestine threatened to create an unfriendly barrier of Muslims between Australia and Britain. In articles from Indonesia and Malaya he urged Western powers to "put food in the empty bowls of Asia" to halt communist expansion. Returning from the early stage of the Korean War, he reminded the United Nations that it could, if necessary, use the atom bomb on Chinese bases. Late in 1951 in Cairo he was attacked by a mob who thought that he was a British spy. He returned to Egypt in 1956 to report on the Suez crisis. In 1958, when war correspondents were included for the first time among the dead commemorated on Remembrance Day, he was chosen to lay the wreath at Sydney's Cenotaph. 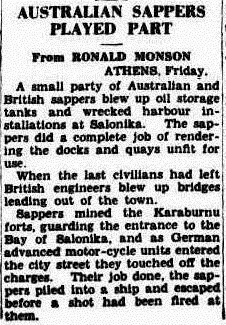 One Anzac Day, a drunk declared that Monson was a "phoney": "No man alive could have accumulated that mass of campaign ribbons". Although Monson contributed editorials, features and book reviews to the Telegraphs, he had been downgraded by 1967. In 1969 he was appointed publications officer at the Australian War Memorial, Canberra. Forced into retirement by a stroke in 1972, he died of congestive cardiac failure on April 29, 1973, at Canberra Hospital, aged 68.
Posted by Robert Messenger at 14:16