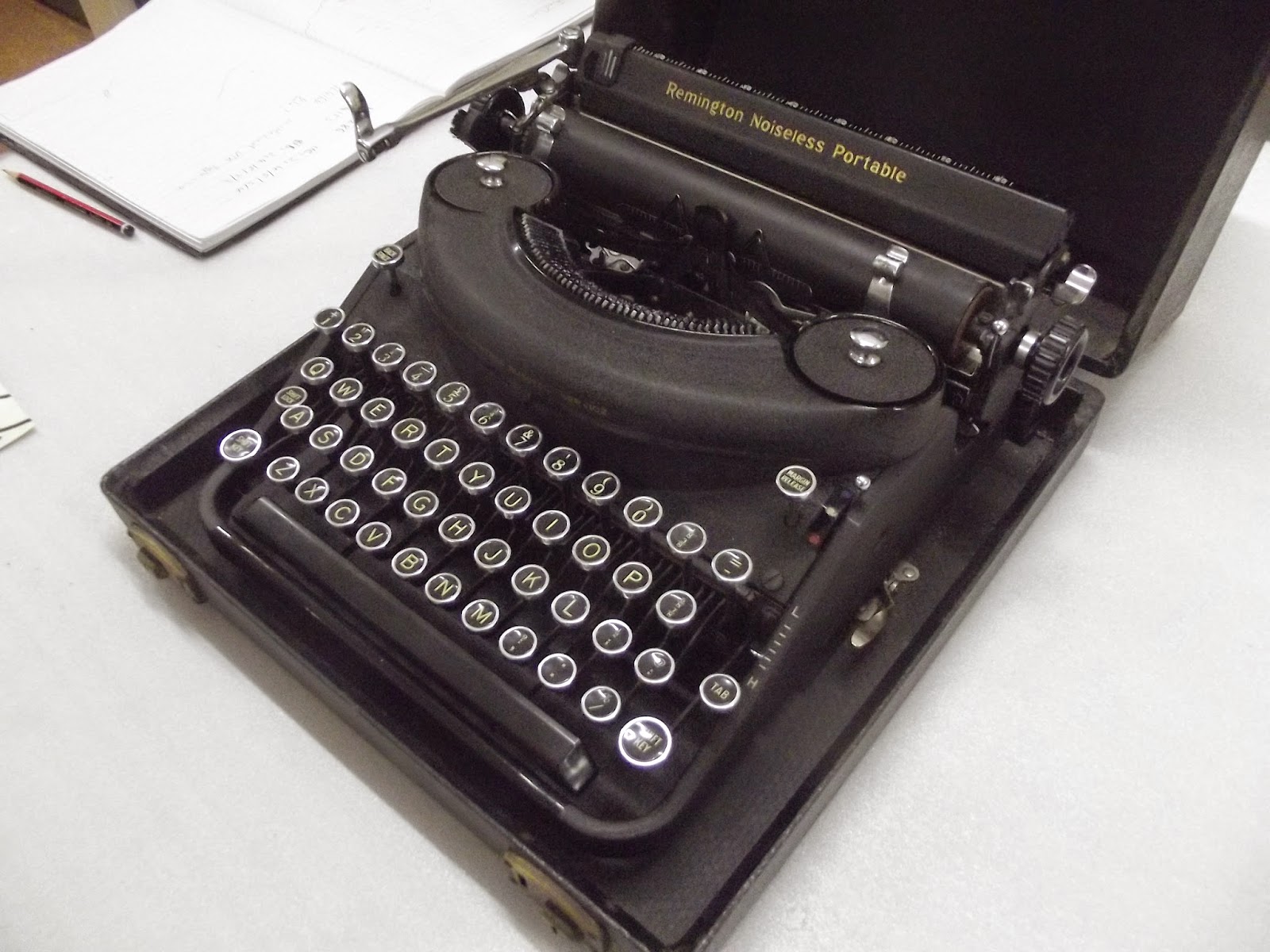 A Remington Noiseless Portable typewriter, just like the one New Zealand journalist Terry McLean used for much of his sports writing career. 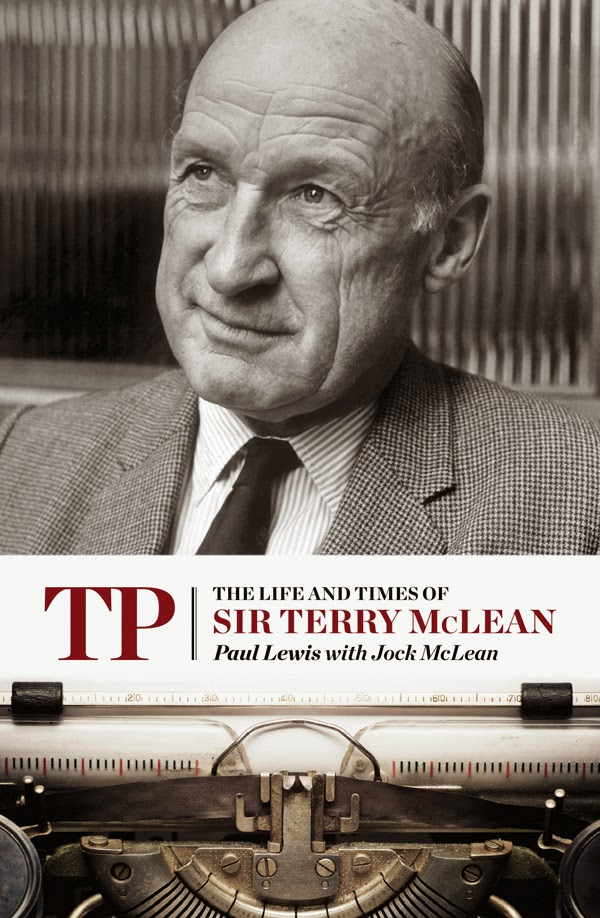 I'd given my one-time boss Sir Terence Power McLean a few lifts over more than 10 years, and had always got him safely to where he was going, no matter what part of the world we were in. On this day in 1978, however, I left him ashen-faced after a wild ride from Shannon Airport outside Limerick in Ireland to a football ground called Dooradoyle. I was behind the wheel of a works Volvo, set up for rallying, but that's another story. McLean was just got off a flight from London and needed to catch the Munster team training for what would be one of the most famous rugby matches ever played. But that's another story, too. Suffice to say they made a stage play out of it (Alone it Stands). 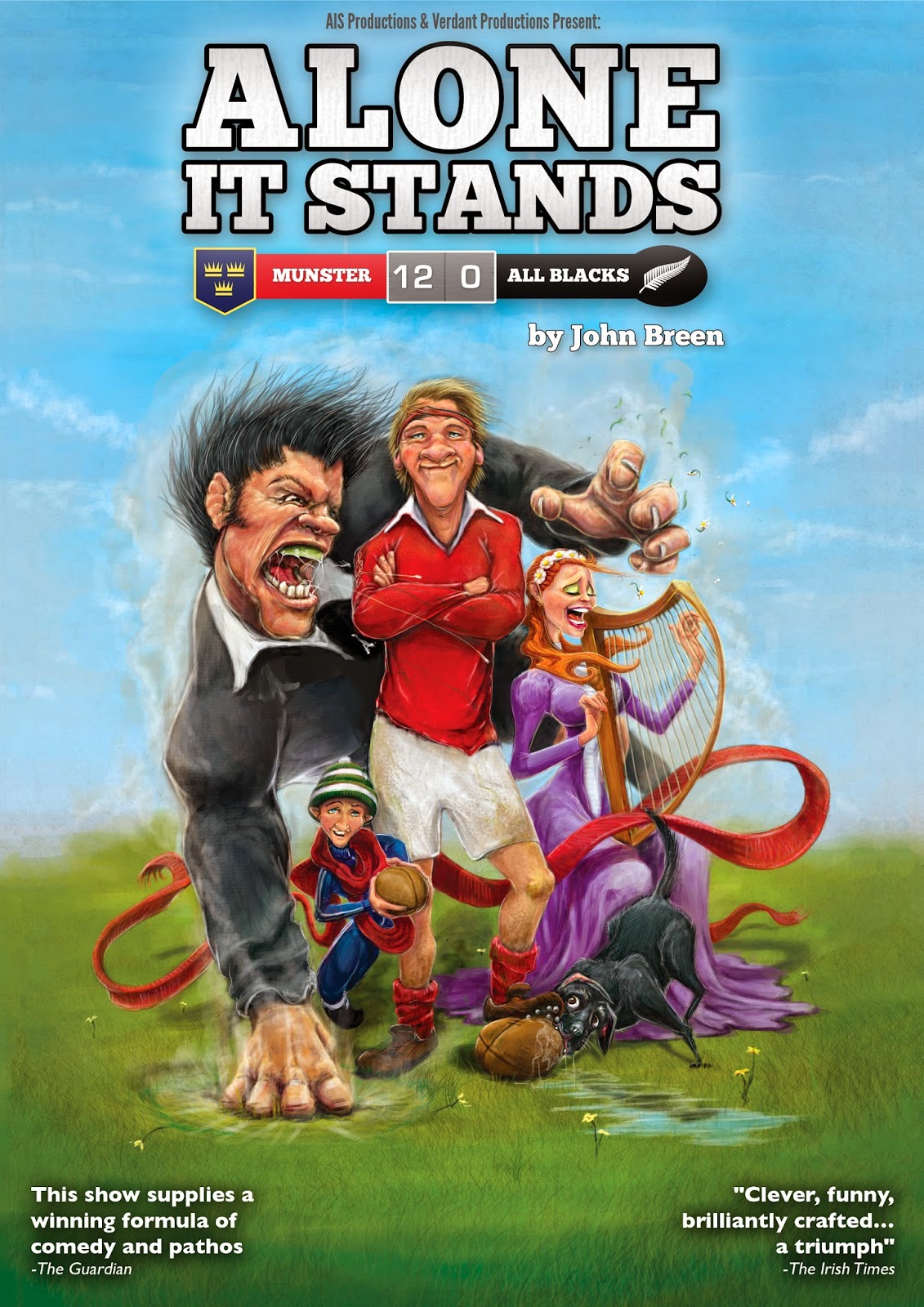 "Cripes," said McLean when we screeched to a halt at Dooradoyle. "That's the hairiest drive I've had since San Francisco, 1954."
On St Patrick's Day 1954 McLean was with the New Zealand All Blacks rugby union team which flew from Vancouver to San Francisco, was whisked through customs (players smuggling in 10 tins of Canadian salmon each) and given a fast San Francisco Police Department motor-cycle escort the 25 miles to the California Memorial Stadium at Berkeley. There, 8000 people were waiting eagerly to watch the All Blacks play the University of California "ruggers" that very afternoon. 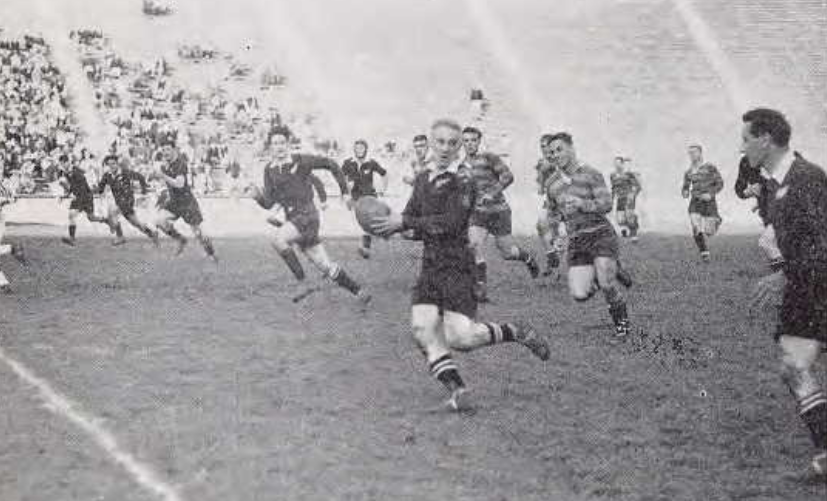 My old friend Doug Wilson playing for the All Blacks at Berkeley in 1954. Another good friend, Max Howell, is the US player behind him. 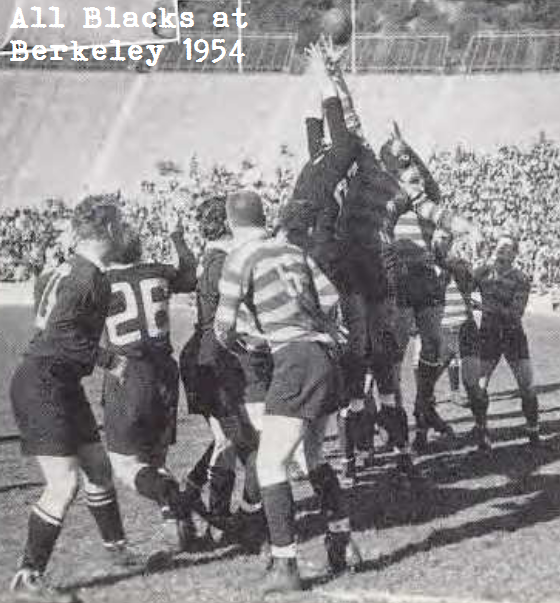 Below, the University of California team which played the All Blacks

McLean dragged his Remington Noiseless Portable typewriter into the home of the California Golden Bears and covered the match for the New Zealand Press Association. In almost 70 years of writing about rugby across the globe (producing an astonishing 32 books in the process!), McLean saw many astonishing things, of which the match in Limerick in 1978 was one.
The match in Berkeley in 1954 was another ... it produced something exceedingly unusual in the 140-year history of US rugby union. 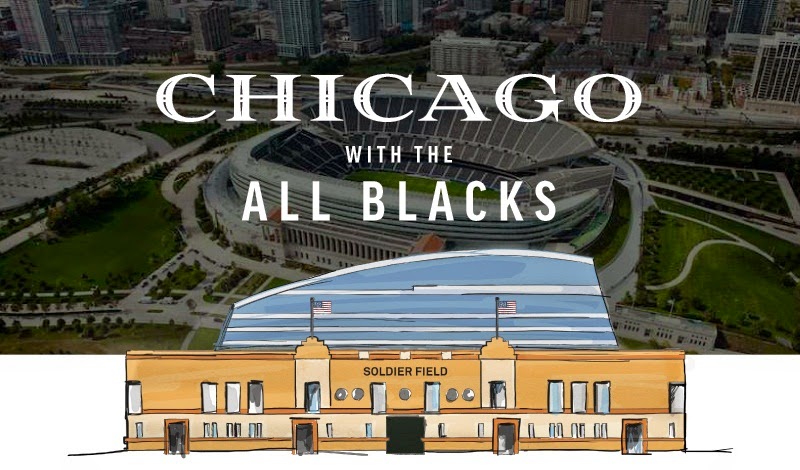 This coming Saturday the All Blacks will play the United States Eagles in a rugby union Test match at Soldier Field in Chicago. The match is a sellout, guaranteeing a crowd of 61,500, more than three times larger than any crowd that has ever previously watched a rugby Test in the US. 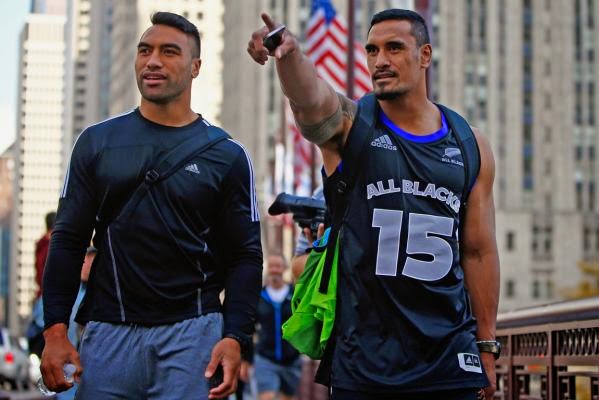 All Blacks in another Windy City. Victor Vito, left, and Jerome Kaino. Kaino is pointing out the Oliver Typewriter Company building.
This will be the 19th time in 108 years that the All Blacks have played US opposition on US soil. They have won all previous 18 matches, and in doing so have scored 784 points against 37 by US teams (average, 44 to 2). The closest they have come to defeat was that day at Berkeley, March 17, 1954, when a late try edged them ahead 14-6. Star of the University of California team was Max Howell, a former Australian Wallaby and noted historian.
Three of the University of California's points came from one of only two touchdowns that have ever been scored against the All Blacks by US opposition. 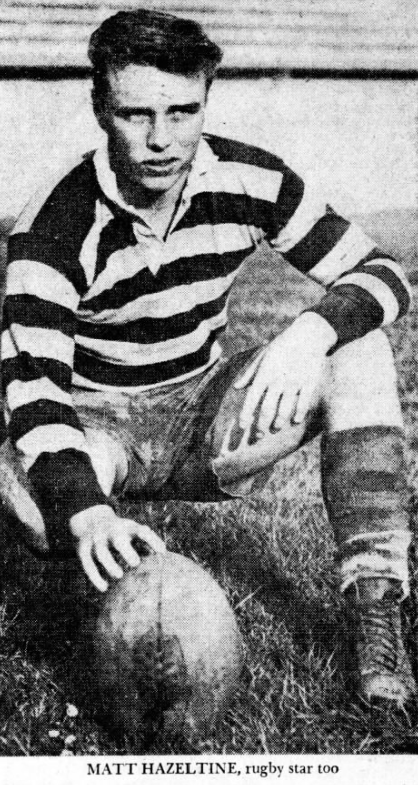 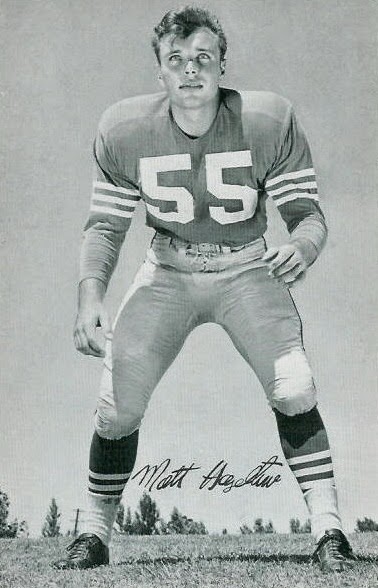 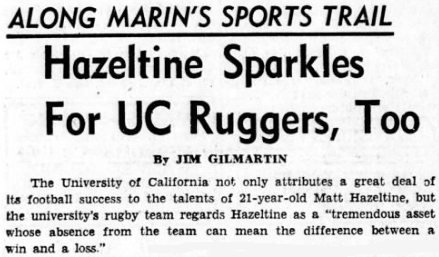 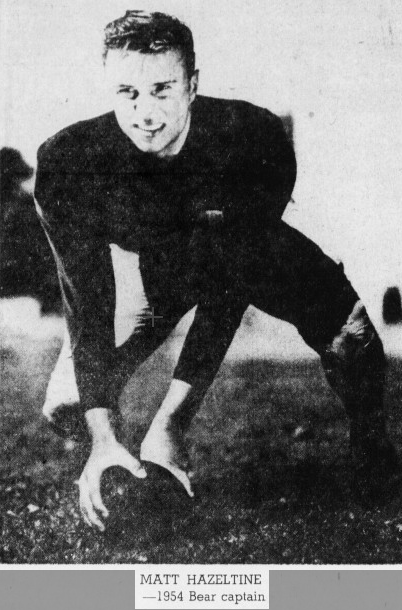 The try was scored by Matthew Emery Hazeltine (1933-1987), far better known as an American football player than a "rugger". Hazeltine was a linebacker who played 15 seasons in the National Football League with the San Francisco 49ers and New York Giants. He was elected to the College Football Hall of Fame in 1989.

Now here's where the story gets spooky. The only other touchdown scored against the All Blacks by US opposition was also by the University of California at Berkeley, on October 25, 1913 - in a match in which Matt Hazeltine's father played (at five-eighth). And Matt Hazeltine's father, above, also Matthew Hazeltine (1893-1979), was also a champion in both rugby union and American football. In fact, Hazeltine senior was in the US team which won the rugby union gold medal at the 1920 Antwerp Olympic Games (the US successfully defended the title four years later in Paris). 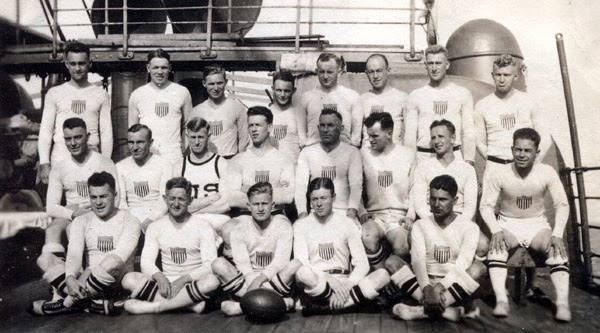 Hazeltine senior, seated second from left in middle row, with the US team which won the Olympic Games gold medal for rugby union in Antwerp in 1920. He is far left in the photo below: 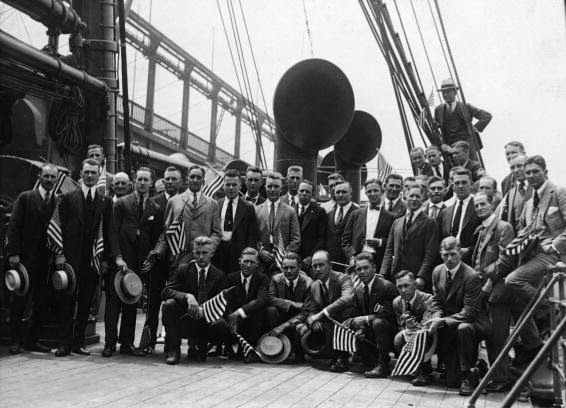 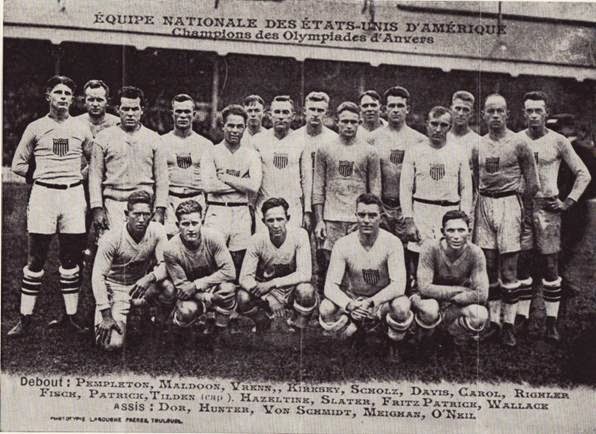 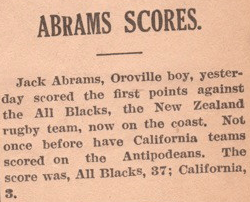 While Saturday's Test in Chicago is a sellout, efforts to get US media interested in the match have largely been in vain. One US journalist tried to drum up enthusiasm by comparing the All Blacks' history of consistent success to the New York Yankees. The Yankees, 1901 to the present day, have achieved a meagre 56.7 per cent success rate. The All Blacks, in all matches 1884 to the present day, have had a success rate of 85.8 per cent - 78.1 per cent in all Test matches alone!  So who really are the most successful team in world sport?
For the record - New Zealand v US rugby union Test matches:
1913 NZ won 51-3 at Berkeley.

The All Blacks perform their haka at Berkeley in 1913. Play in the Test match below: 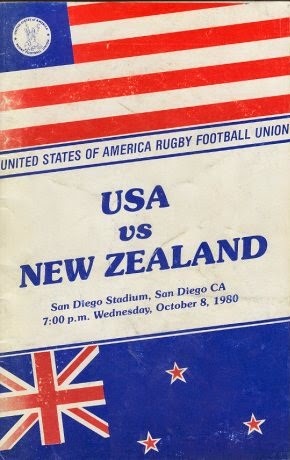 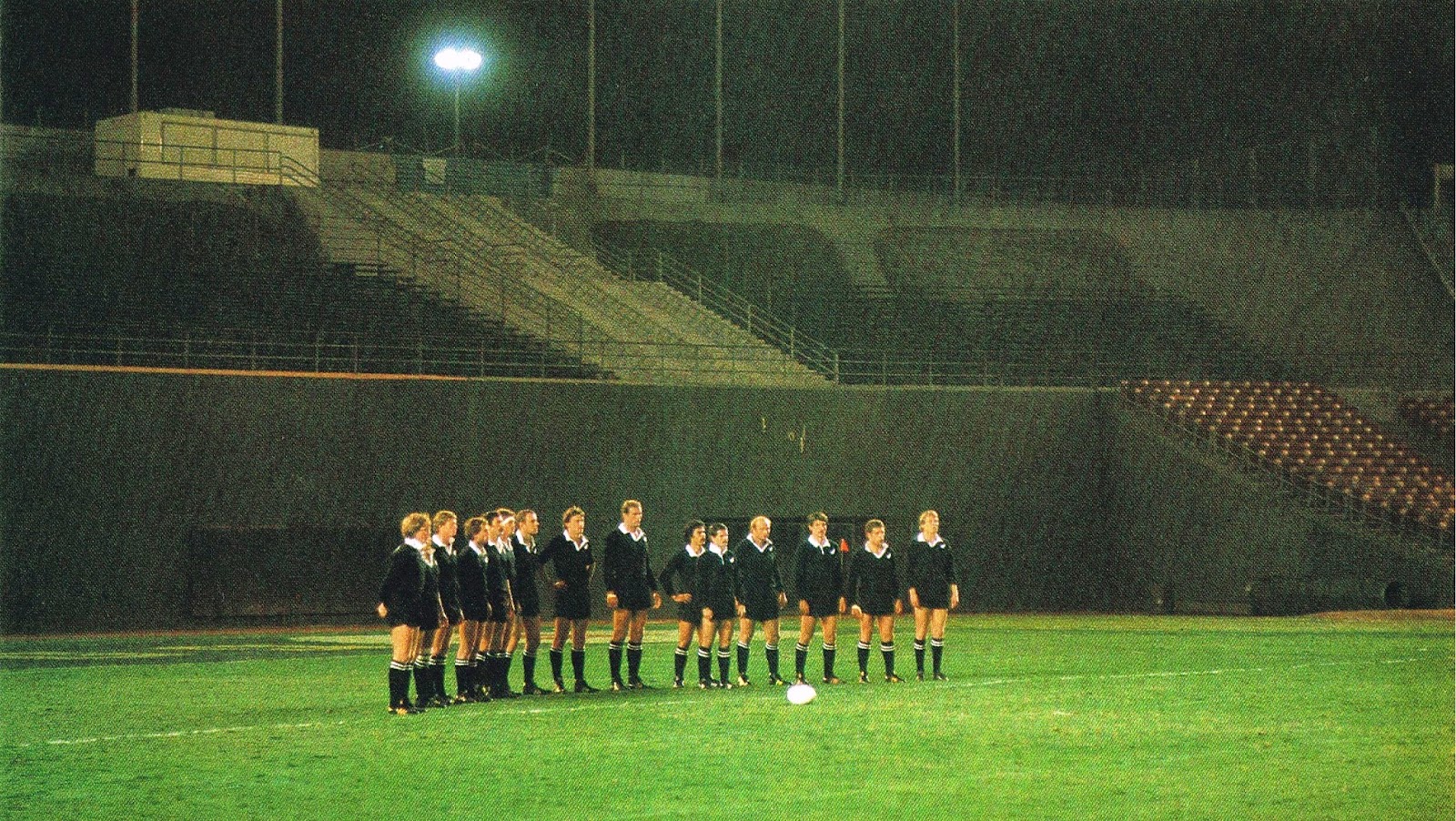 Not many at one end of the field at the Charger's ground in San Diego in 1980. There'll be a few more in Chicago on Saturday. Below, at least one stand in San Diego was full. The All Blacks are seen here playing under American football goalposts. 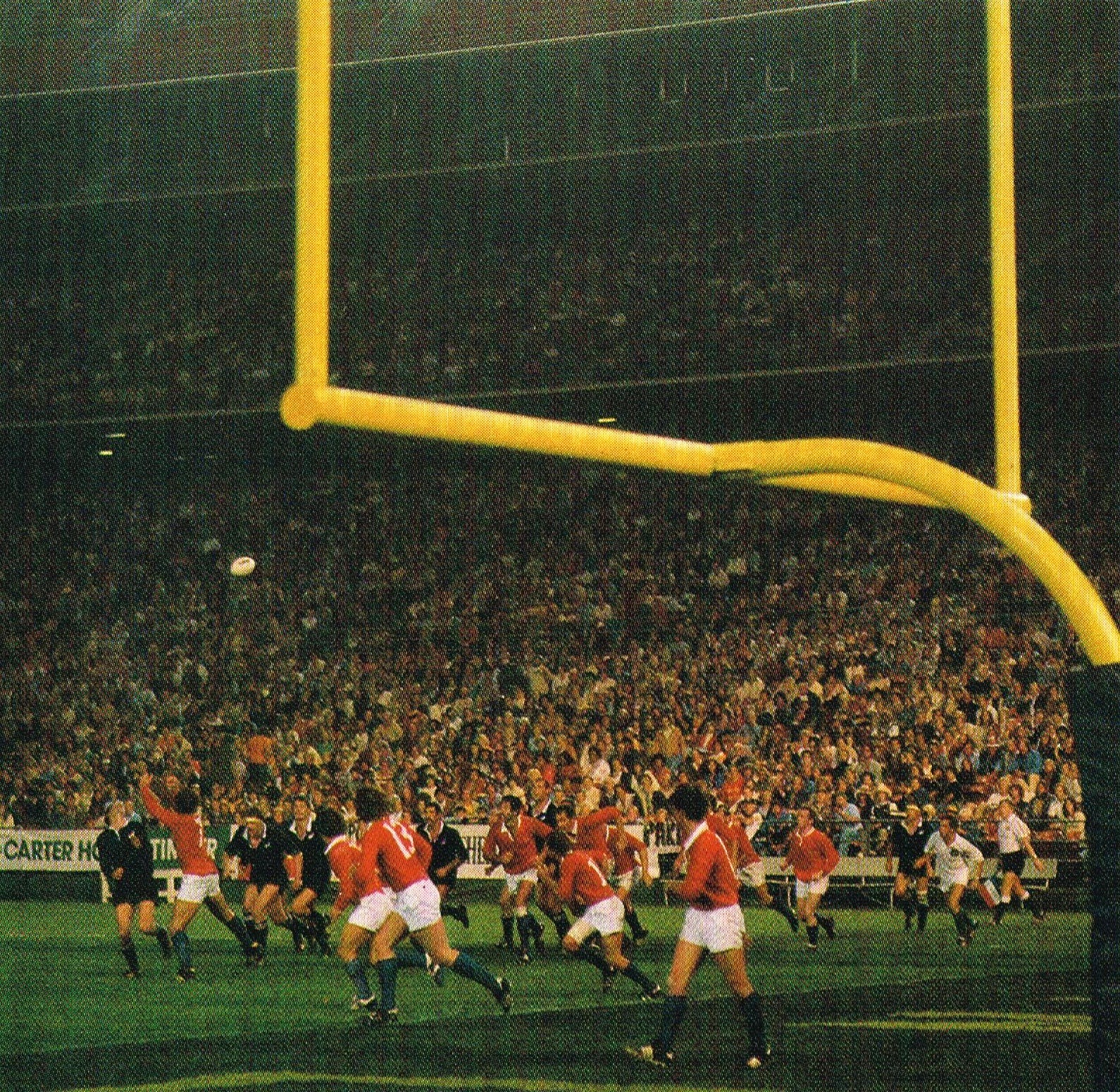 1981 NZ won 46-6 in World Cup match, Gloucester, England.
Below, the American Universities, All Blacks, New Zealand Maori and Australian teams which took part in a mini-World Cup in Sydney in 1910: 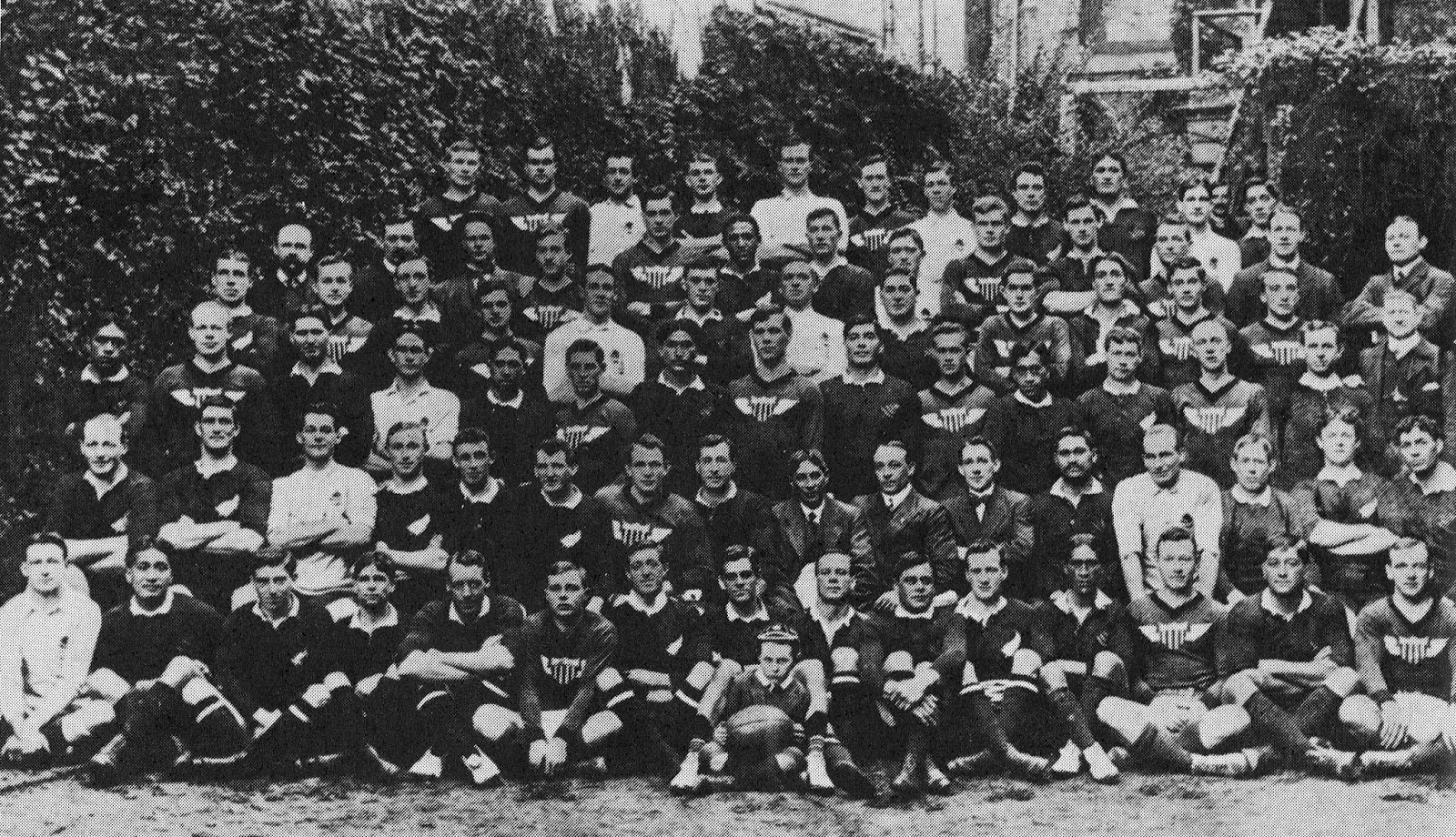