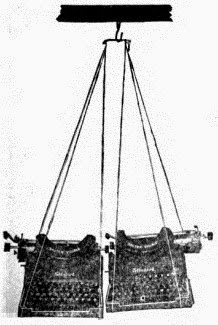 One of the more noticeable structural differences between pre-1939 typewriters and those made in the 1970s lies in the quality of the metal used in the typebars and key levers. (One notable exception to the rule is the Olympia SM9).
The above demonstration, carried out at the Salter factory in West Bromwich in England in 1914, shows two Salter Visibles, probably weighing together as much as 40lbs or more, being suspended from a single Salter typebar.

The typebar was made of spring steel, a low-alloy, medium-to high-carbon steel with a very high yield strength. This allowed typebars to return to their original shape regardless of significant bending or twisting. 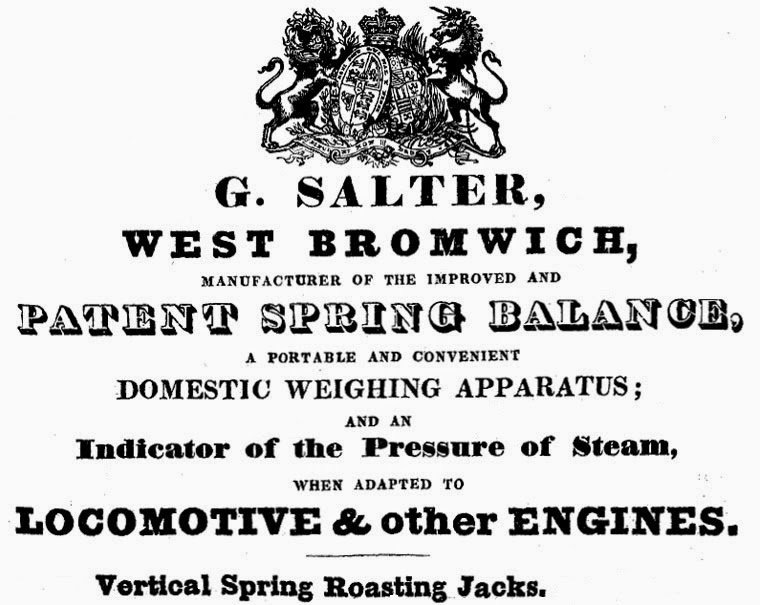 Salter was, of course, more noted for its springs and scales than typewriters, but the materials used would have been up to the same standards. 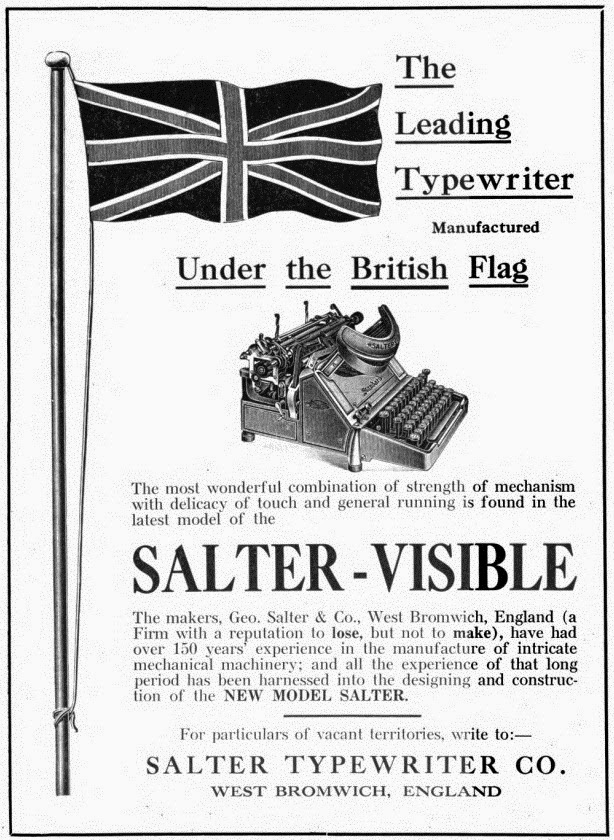 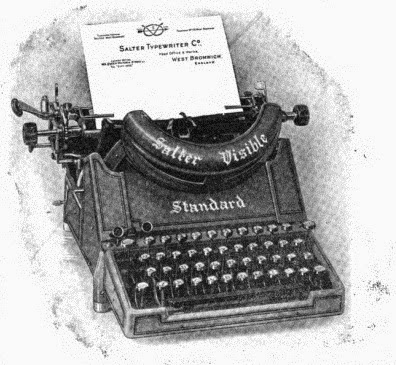 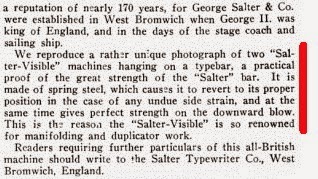 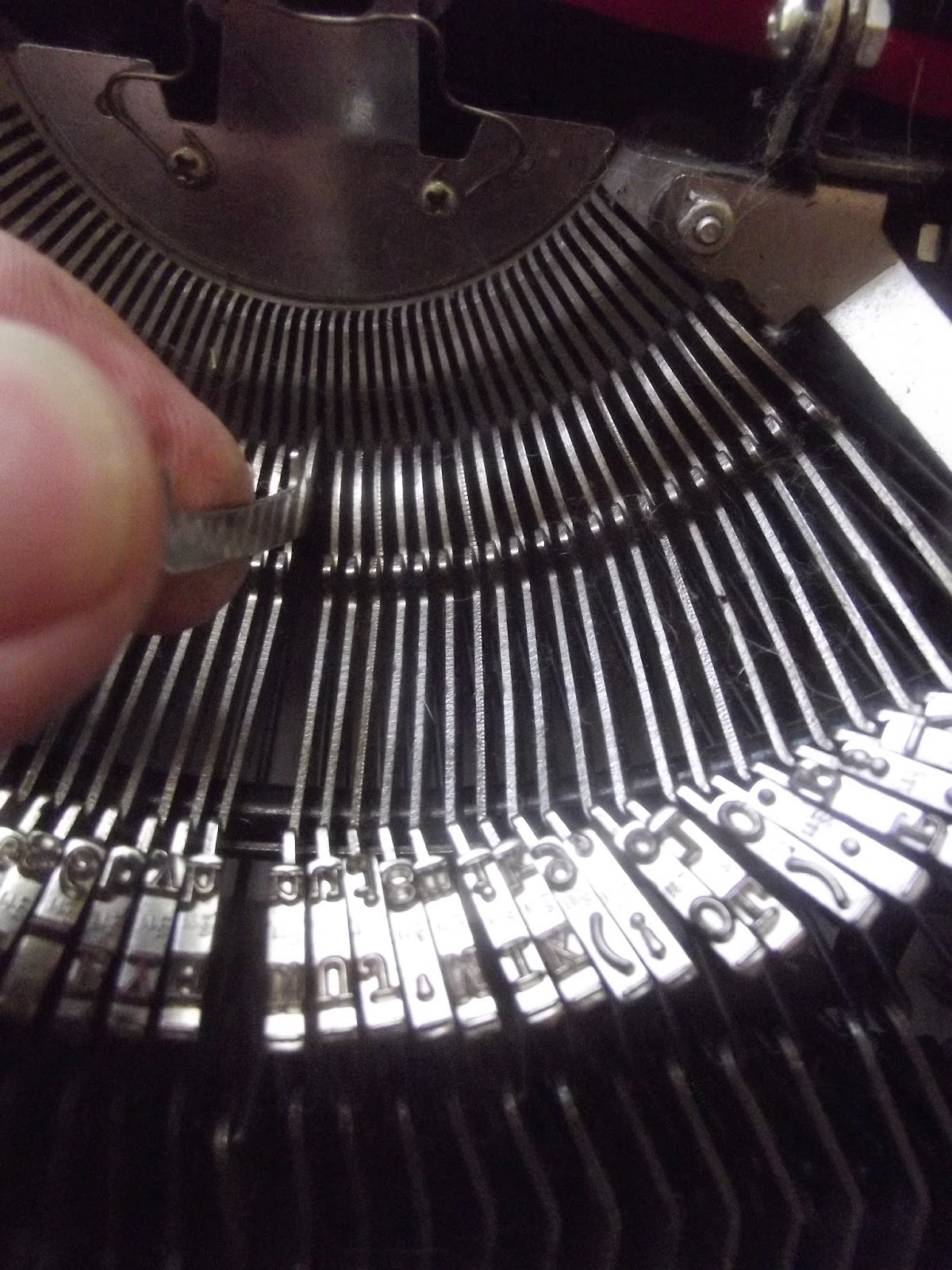 Above, this touch test, using just a slight amount of pressure, gives a good indication of the amount of "give" in a 2013 Royal Scrittore I portable typewriter's typebars. They would be very easy to bend permanently. 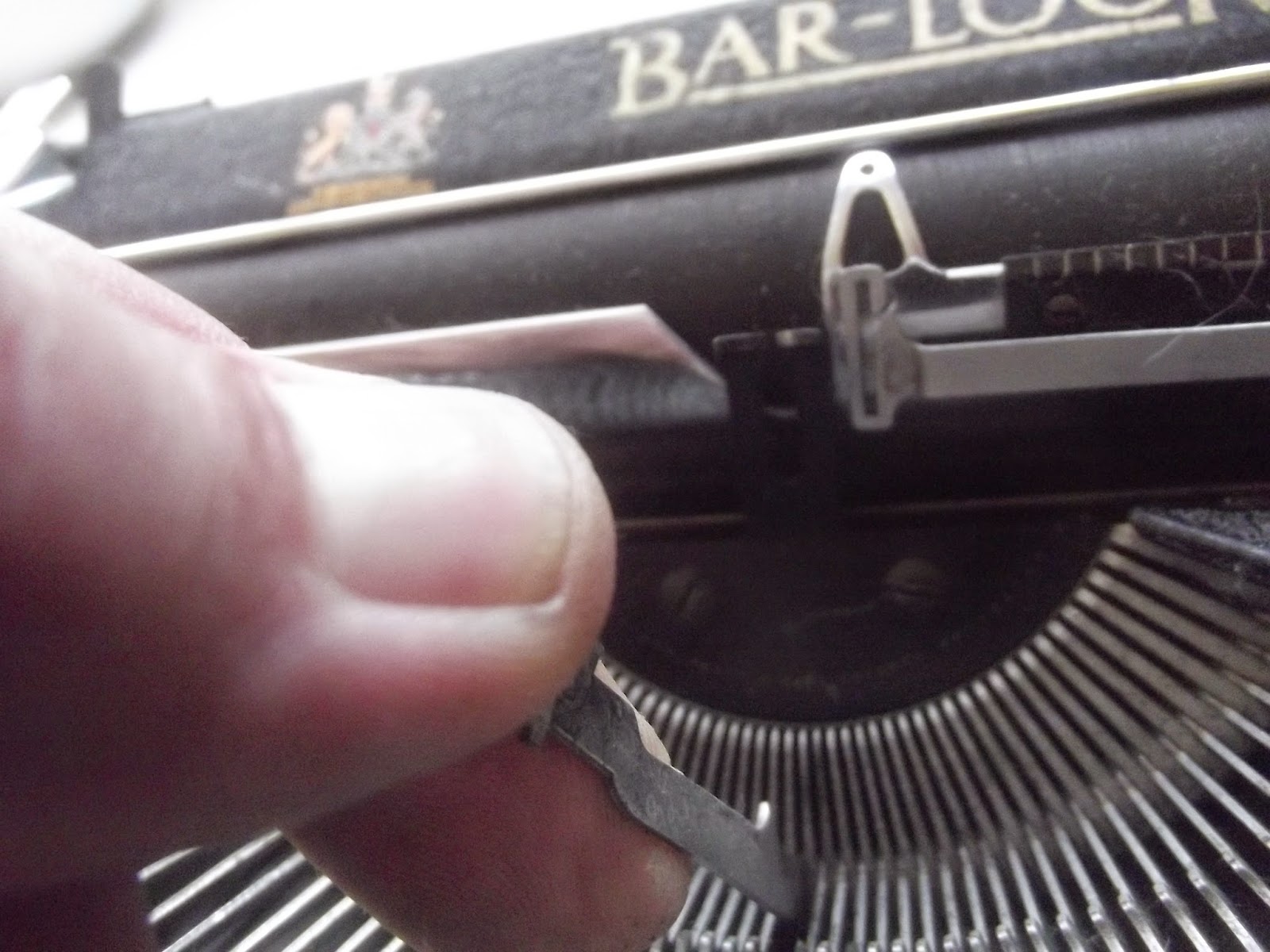 With the exactly same amount of pressure on a 1938 Bar-Lock portable's typebars, there is almost no "play" whatsoever. Released, they spring back as they were.

Quick Quiz.
What part a typewriter is shown below?: 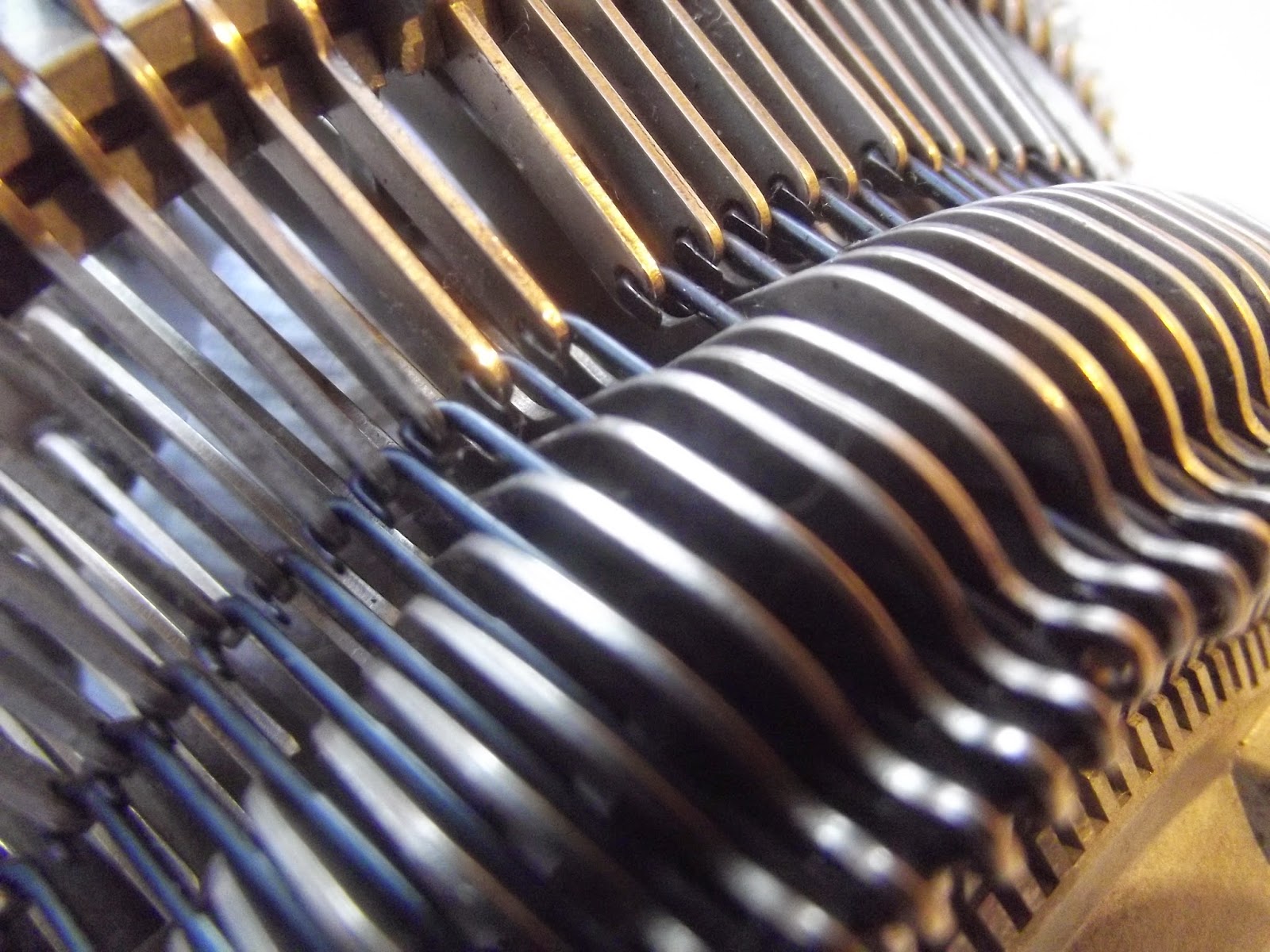 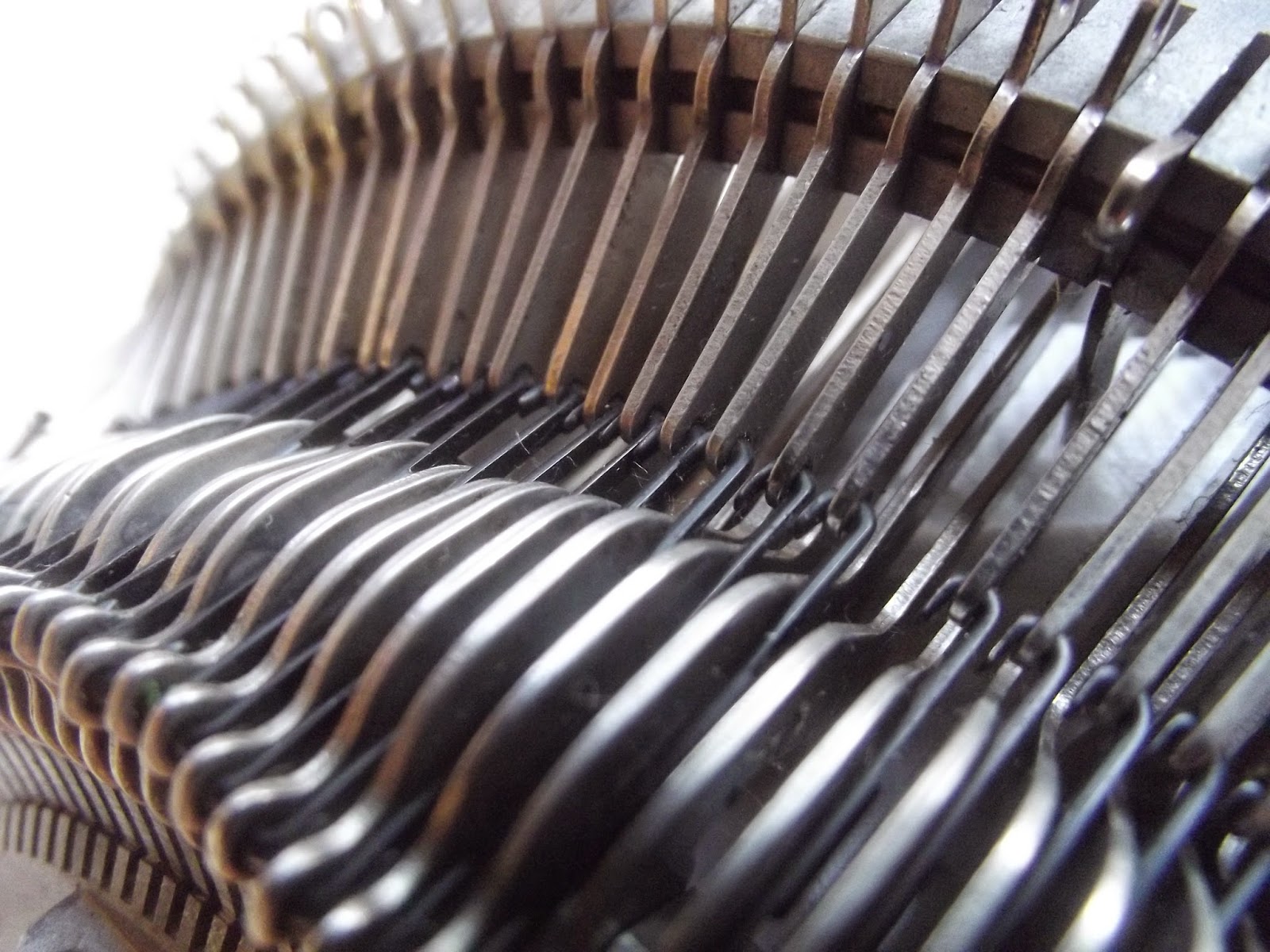 Posted by Robert Messenger at 22:43

Impressive! I've always noticed that earlier anything (typewriters, radios, cars, you name it) were made with very high-quality materials. No wonder many older examples survive to this day.

... As for the mystery part, that would be the type basket, seen from underneath. You can see the connecting hooks that attach each typebar to the corresponding key. A real nightmare when one of those hooks gets loose!

The answer to your quiz is 'sub-levers and sub-links' ! Just to say that I always enjoy reading your blogs !