*Strongly (?), swiftly, softly
As the hunt goes on for the Corona Silent platen knob, typewriters leave here by the score and the house yet again gets completely re-arranged (space is magically appearing all over), I have managed to reach the stock of Royal Safari portable typewriters, or like models (Imperial, Sabre, Caravan, Custom et al). Some time ago, when Nick Bodemer asked about my apparent prejudice against Royal Safaris (one wouldn't think so by the number I own!), I decided to type test the lot. But before I do that, here are some full-page advertisements for the Safari from LIFE magazine, November 1963 to December 1967: 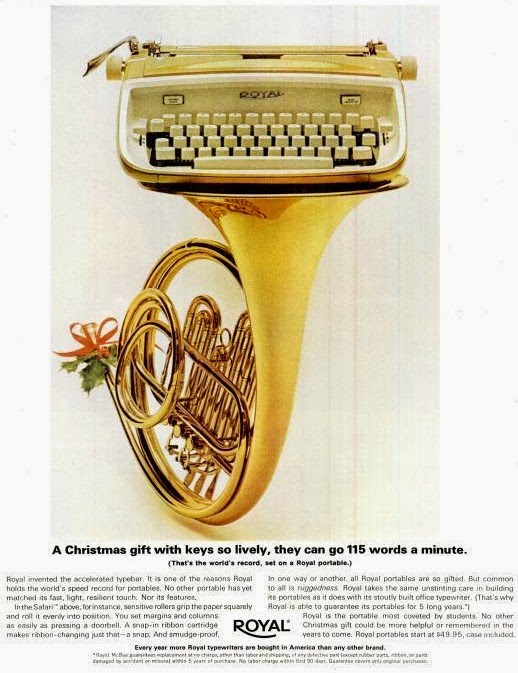 Most references have the Safari as being launched in 1964 (Wikipedia, OMEF etc). In fact, it was launched in late November 1963 (above). Dylan used his Caravan at Woodstock in August 1964. 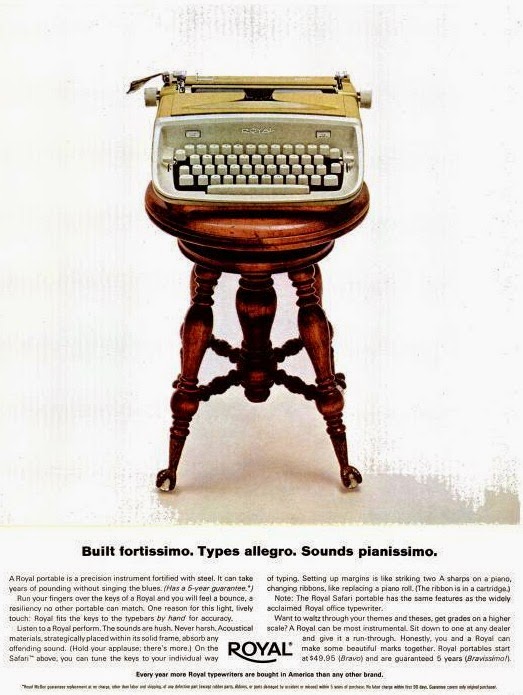 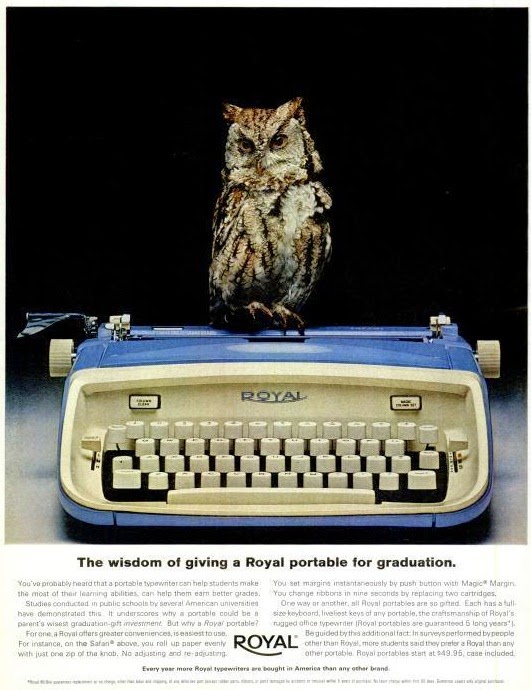 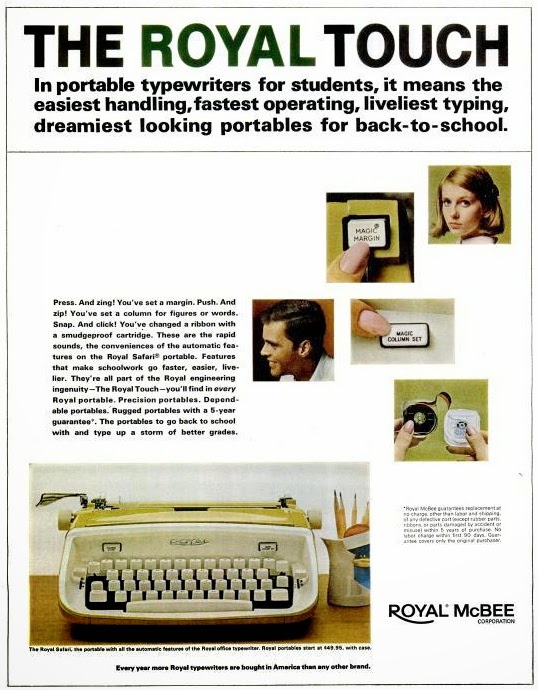 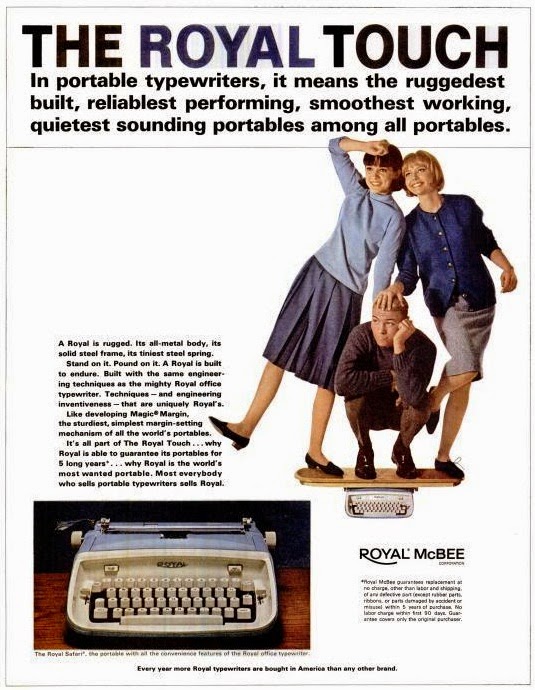 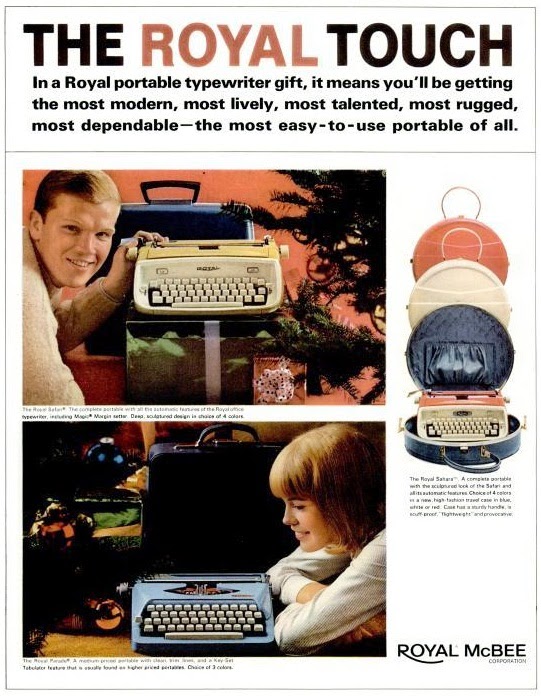 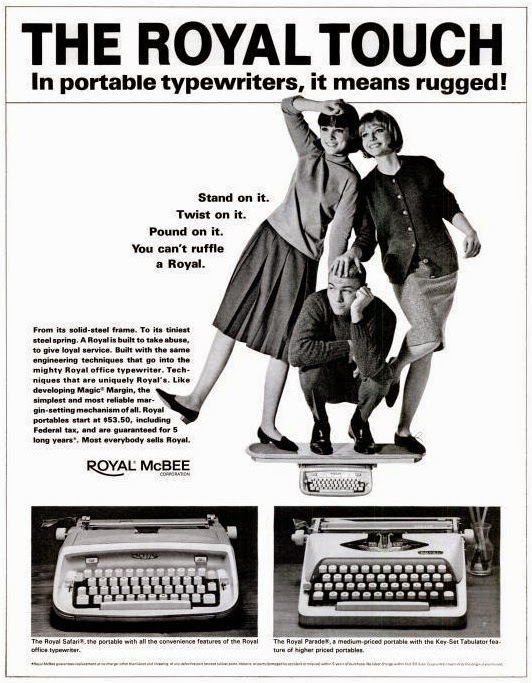 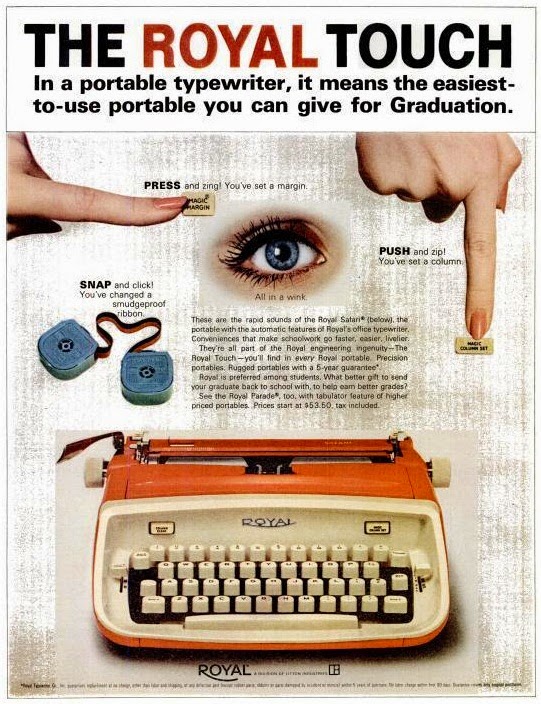 May 1965. Royal McBee is now owned by Litton. Sometime after this, Safaris are made by Messa in Portugal. 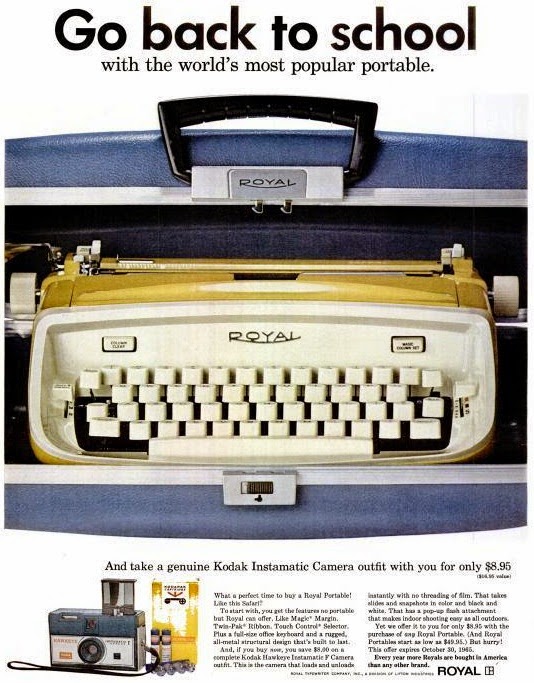 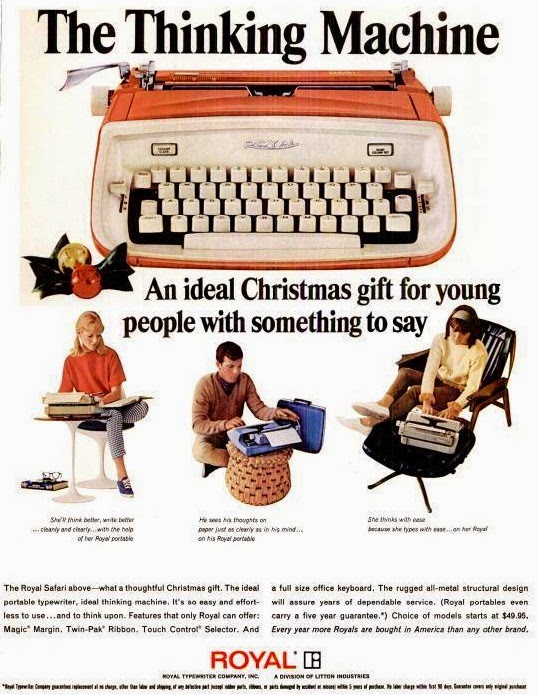 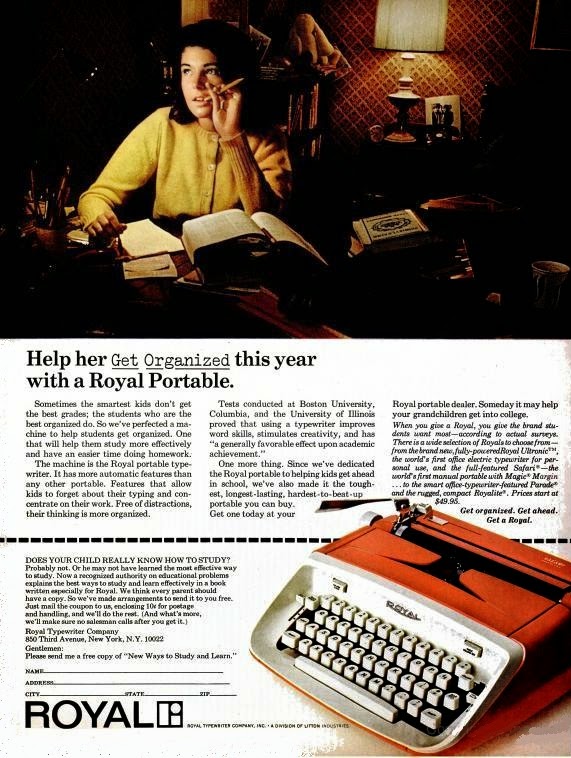 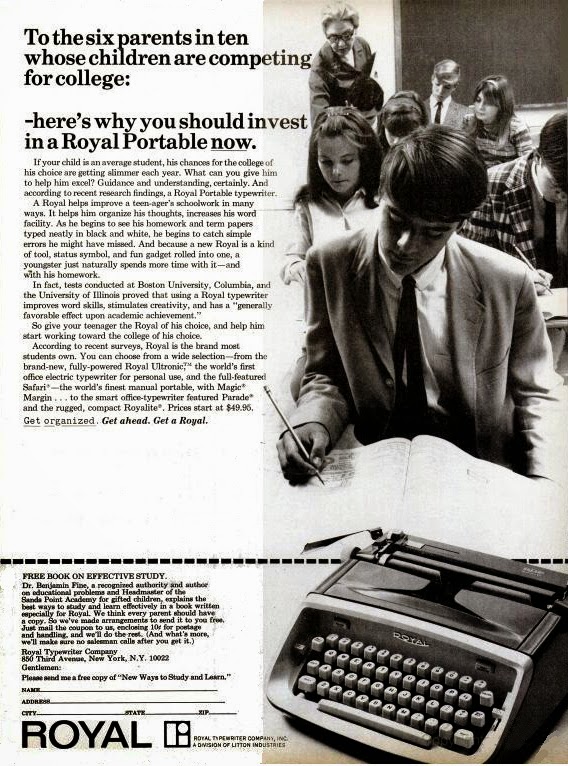 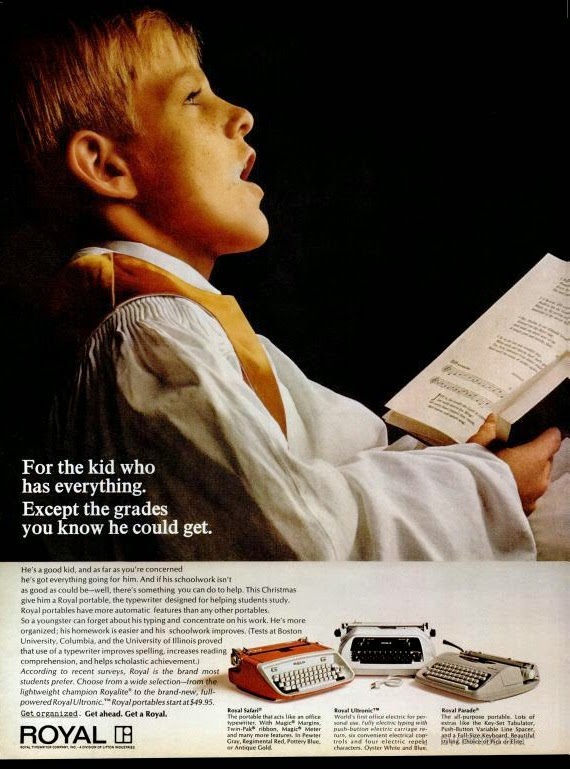 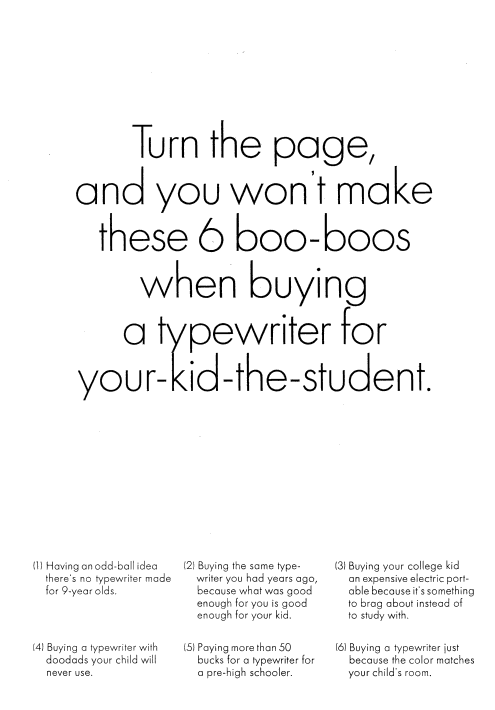 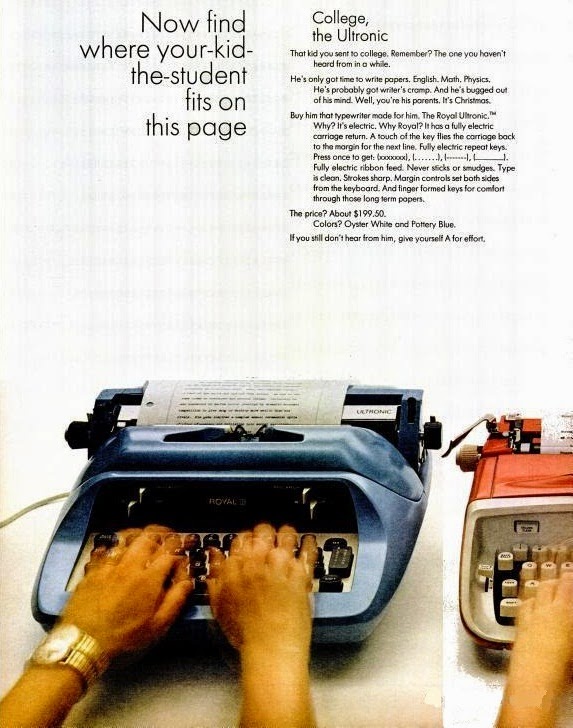 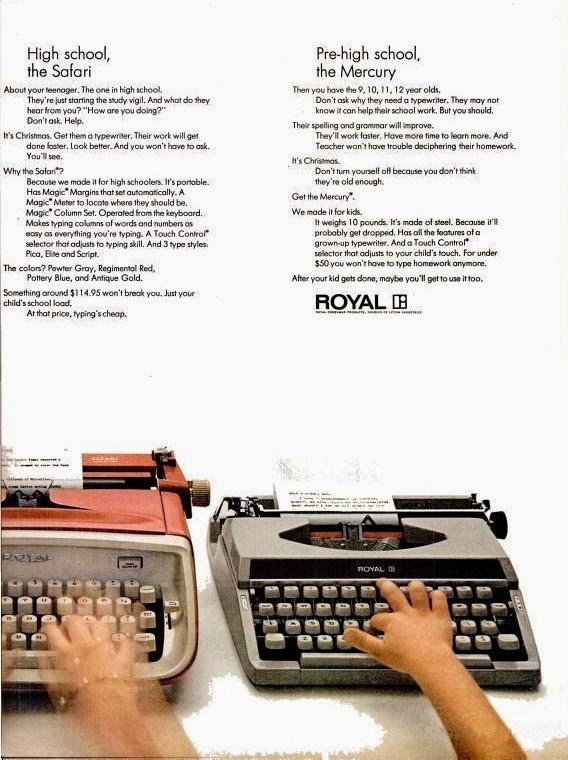 Those are some great advertisements.
I like the advice given too.

My research shows an introduction date of August 1962