How Many Typewriters Will it Take Till He Knows? Dylan turns 70 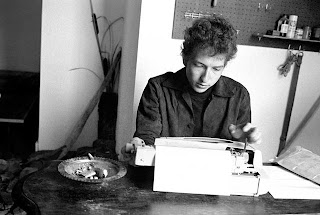 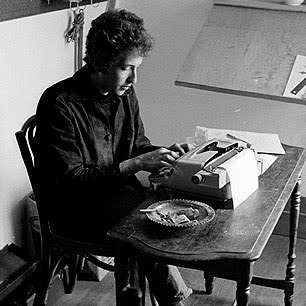 Bob Dylan has been photographed using various typewriters, but most notably a Royal Safari. 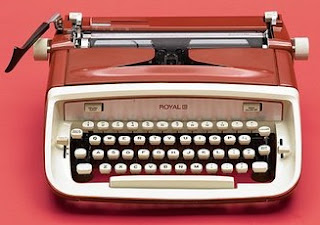 Apparently this most familiar photograph was taken by Douglas R.Gilbert as Dylan was typing the liner notes for his fourth album, Another Side of Bob Dylan, in his writing studio above the Café Espresso on Tinker Street, Woodstock, New York, in August 1964. 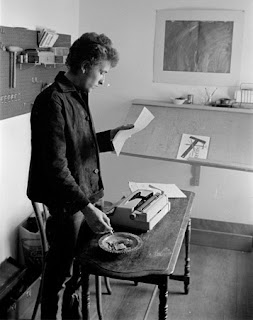 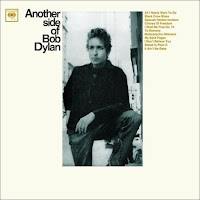 He is also believed to have used an Olivetti Lexikon 80 and, while on tour in Britain in 1965, he borrowed an Olympia SG1 to type as Joan Baez sings. The footage of him doing this can be seen in Dont Look Back, the brilliant 1967 documentary film made of the tour made by D.A.Pennebaker. 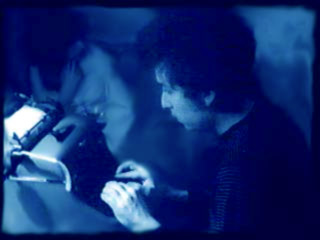 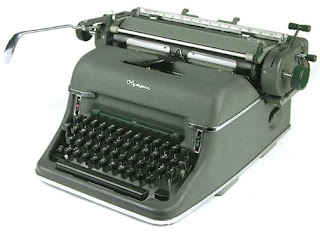 A number of photos of Dylan typing were used in the December 2010 edition of the British music magazine Mojo, including this one, which appears to show Dylan using an Olivetti Lettera 32: 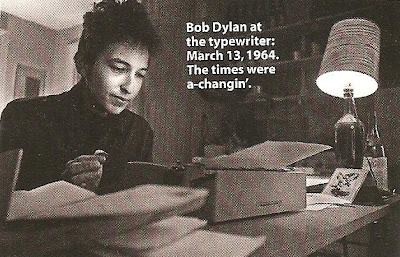 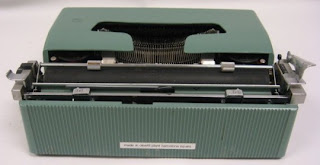 Some more Dylan typing images (the second one appears to be with a different typewriter - can anyone help identify, please?): 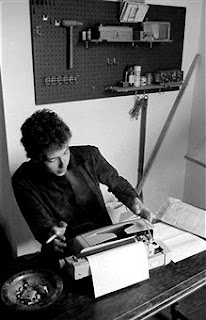 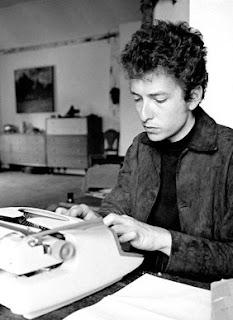 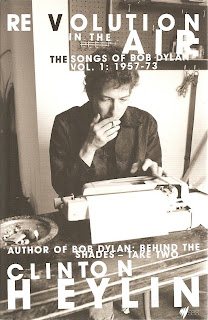 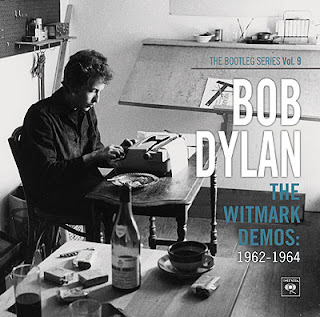 In 1969 Dylan recorded poet Charles Badger Clark's Spanish is the Loving Tongue. Here is Clark typing on a Remington Noiseless: 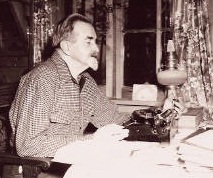 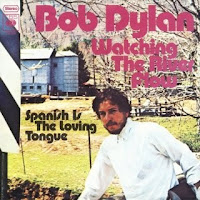 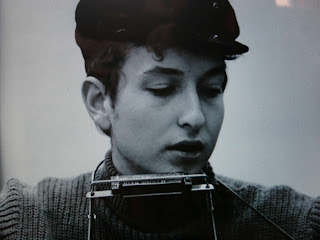 Finally, I have to confess I have not always been unstintingly devoted to Dylan. Here is what an online critic once wrote about a review of mine of a Dylan concert:
" ... there was a review in our local daily bugle, The Canberra Times, by a sometimes decent and usually musically knowledgeable journalist, Robert Messenger, that I reckon worth commenting on. Mr Messenger's byline appears on page 2; a Dylan show is big around here ... the sound: it was electric, fat, full of hissing valves and amplification. No 'Judas' comments were uttered, though Mr Messenger of The Canberra Times apparently spoke for some in his review, whingeing about 'more rock than folk' ... Wherever you be now Mr Dylan, please accept our gratitude. Do you read newspaper reviews? If so, you will see that Mr Messenger reported the walkout of some people last night, incensed at your electric noise. Even worse, we failed to recognise It Ain't Me Babe! I can only assume that Messenger, a self-proclaimed historian of pop music, perceived more than me ... I kinda warm to the idea of a Mr Messenger reviving the Scandal of Dylan's Electricity."

The second one is a later version of the Royal Safari that's all the same except for cut-off around the keyboard, I believe. Maybe I'm wrong but it's a start. :)

I agree with Philosophothinker. I did read, on another photo site, that Dylan is using Allen Ginsberg's typewriter. [Same photos as your first ones appear there]. Any info on that? BTW--if anyone's on Facebook, you could like the "Mickey Underwood, Pulp Fiction Author and Writing Coach" page--has lots of typewriter pics & good writing advice, too!

Congratulations for this most interesting presentation of Dylan's typewriters.
Wonderful, young Dylan, feeling inspired...
Unlike you, I've unstintingly been a Dylan devotee.