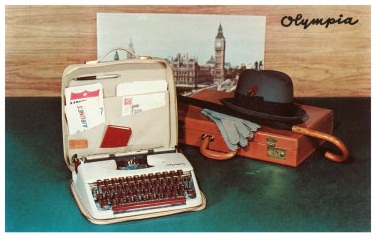 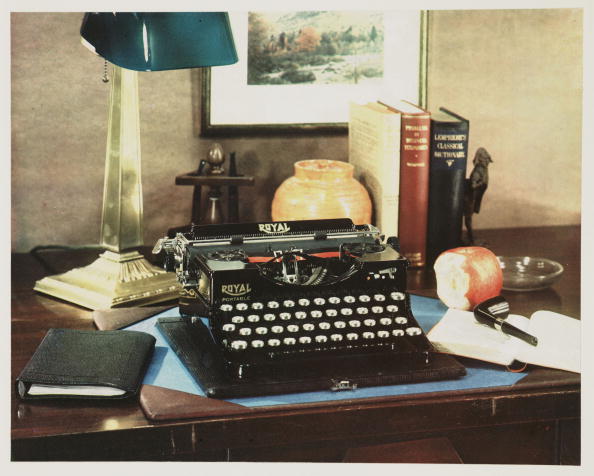 A very special thanks to those of you who continue to read these posts and comment, such as Peter B, Georg, Nat, Scott, Michael, Miguel, Rob, Jasper, Ton, Ryan, Rino, Richard, Bill, Michael Clemens, Michael Höhne,
Szabolcs, Deek, Florian, Tino, Ken, Trent, Tex, Dwyane, Cameron, Vikram and the Urban Monk.
It’s much appreciated. 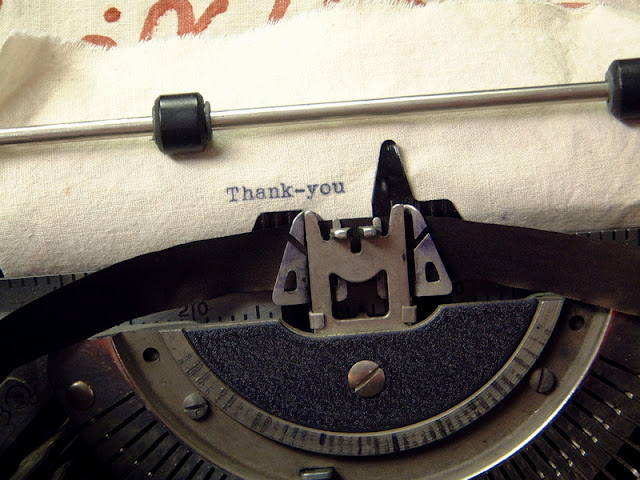 I apologise for not having responded to a lot of comments lately, but with the typewriter exhibition opening at the Canberra Museum and Gallery, and a floor talk there this week, things have been fairly hectic here. They are slowly returning to normal, I’m pleased to say, and full service will resume shortly. 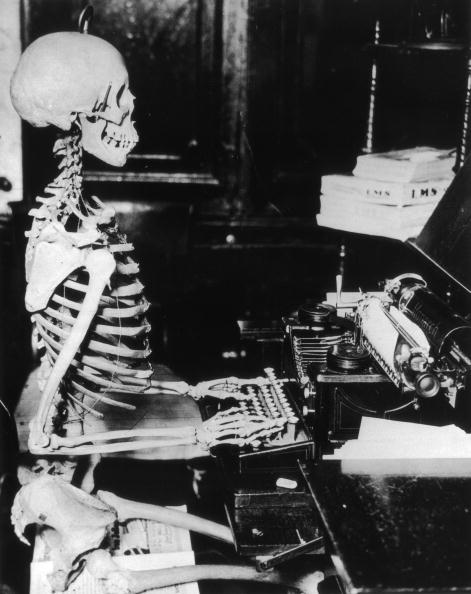 Posted by Robert Messenger at 02:40

Congratulations! This is a very important milestone, and I'm privileged to have found your blog and be able to share in the joy of using our typewriters. May oz.Typewriter continue growing for many years, and may you continue illustrating us with your fantastically researched and easy to read posts!

Congratulations! That is quite a milestone! My blog received 5000 visitors in over 6 years, so I envy you! :)

Robert, the reason you have so many loyal followers and readers is that you do such a thorough and frequent job of writing an amazingly interesting blog! We don't know how you manage it, so we keep reading in order to find out one of the secrets of the universe. Along the way, we become smarter ourselves. Thanks.

You zoomed past me in number of posts, with a much higher quality level. Well done, and I hope to see new posts for a long while yet.

Congratulations, Robert, here's to many more posts from you!

Hey Robert is this you in the last picture? I hope the exhibition doesn't get to you :) Seriously, congratulations!!! and thanks a lot for all your inspired, colourful, witty & learned posts! Your blog is always an inspiration, in both leisure and research. Ad multos!!

It's your diligence in updating once or twice daily which keeps us coming! You've got an awesome blog here, truly a repository of a lot of knowledge for typospherians worldwide. Please continue with this blog for years to come, and congratulations!

Wishing you continued luck with your typewriter exhibit. I'm in Chicago, and envy those who are able to experience your exhibit. :)

Congrats on the numbers! This is the blog I most look forward to reading every day, and it is great that you still make the time for posts even with the exhibition. I will keep coming back if you keep posting 'em!

The 'thank you' typed on canvas (?) was a very nice touch and looks amazing. I would love to get some home made paper to type on...or just make it myself. Also, the picture with the skeleton is pure class.

Congrats again, and I look forward to any and all new posts you may think up and entertain us with.

That last photo is fantastic! Congratulations! Your posts are always most interesting and since I have been reading your blog I have learned more than I ever thought I could learn about typewriters and a few other subjects. Great work! Thanks!

This is the blog to come to for well researched typewriter information (and entertainment). Congratulations on the 200,000 views. Here's to the next 200,000!

Hey! Still around and doing very well, thanks for inquiring :)

On a bit of a break from typewriters these days, and I must say your prolific output is hard to keep up with. Very impressive!

Congratulations on your latest milestone.

Congratulations! You blog is a pleasure to read and is a constant and reliable source of information. An aside: I love the images in this post!