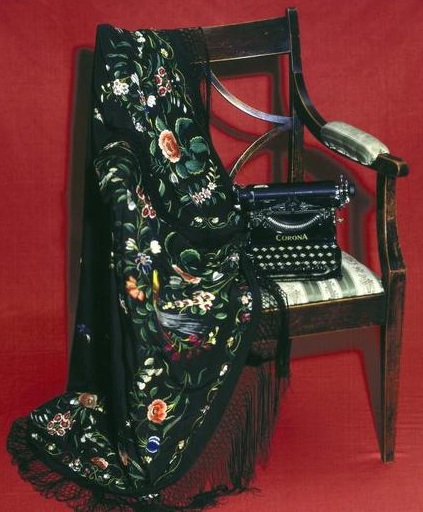 Katherine Mansfield's Corona 3
The discovery of four previously unknown stories by the great New Zealand writer Katherine Mansfield (1888-1923) raises what I think is an interesting question.
Mansfield’s long-lost manuscripts date from 1908-09. I haven’t yet been able to ascertain whether they are typewritten, but Mansfield was most certainly using a typewriter from at least 1912.
Mansfield’s Corona 3 portable typewriter is on display in her former home in Wellington, New Zealand (where the curators think it was made in "Crofton"!). 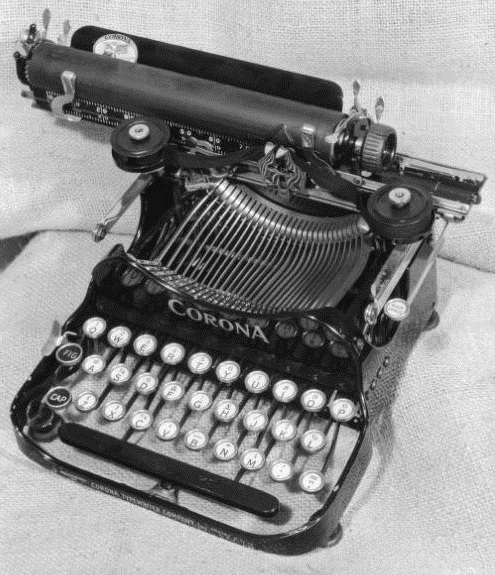 Katherine Mansfield's Corona 3
The question that springs to my mind with this wonderful find is this: Imagine a modern-day writer committing his or her work to, say, Word Document on a PC. He or she becomes disenchanted with whatever they are writing, or decides it is “too close to the bone” to publish, and discards the 2500 words already written. It’s easily ditched. The document is simply deleted, erased from existence.
Now, fast forward 104 years, to 2116. The modern-day writer has become internationally famous and much acclaimed, and a young university scholar is researching his or her early works. Will the scholar be able to find those 2500 words? 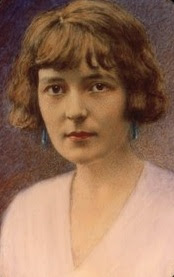 Richard Polt, in an editorial in ETCetera not so long ago, briefly speculated on this subject: will words written in “hard copy” be more secure for future generations to read, and prove to have greater longevity than works written with software on word processors/PCs and published online (such as on blogs)?
Already some early forms of electronic media are outdated. In the 1980s, I wrote a long manuscript, using an Amstrad word processor. The words, substantially more than 2500, are on a number of 3 ¼-inch disks.   I doubt that modern technology could now transfer those words onto CD ROM, for instance.
Anyway, enough of such thoughts: the unearthing of Mansfield manuscripts is exciting in the extreme. 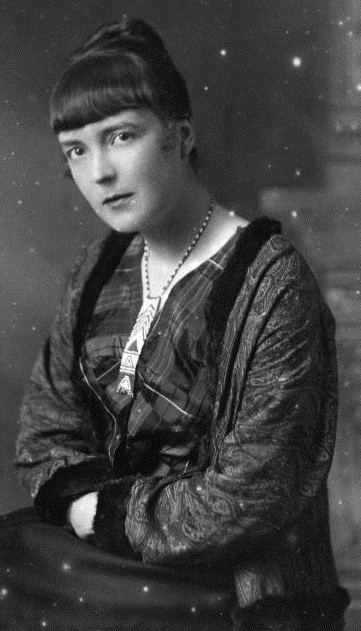 PhD student Chris Mourant, 23, found the four stories in London’s King’s College archives. They include a short story titled A Little Episode, which recounts one of the most painful chapters of Mansfield’s life. It mirrors Mansfield’s own affairs with Garnet Trowell, a musician who got her pregnant and then rejected her, and George Bowden, whom she wed out of convenience and then rejected on their wedding night. Mansfield also lost the baby.
A Little Episode reveals the bitter disillusionment of a love triangle, the memory of which Mansfield tried to erase by destroying all her personal papers from that year – to the exasperation of biographers, reports London's The Independent. 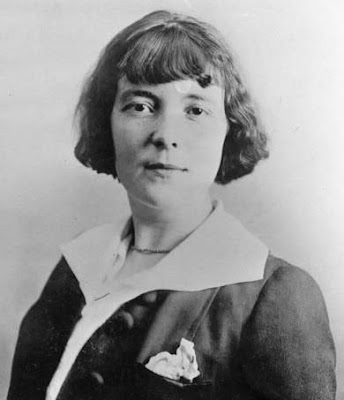 Mourant found the material among documents relating to ADAM International Review, a 20th-century literary monthly. The Mansfield stories were given to its founding editor, Miron Grindea, by her close friend Ida Baker, in the 1960s.
Such is Mansfield's popularity that she has never been out of print. Her best-known writings include The Garden Party, from 1922, with its classic story "The Daughters of the Late Colonel", an exploration of genteel frustration. 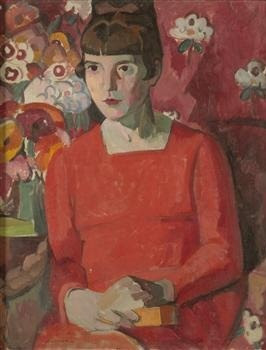 Posted by Robert Messenger at 00:29

Bob, if you're serious about restoring those old words, there are data-recovery firms that do exactly that sort of thing, keeping old equipment around that can read "antiquated" (i.e., decade-old) storage media... at a price, of course. At the very least you could get it printed out on acid-free paper.

If humanity had changed writing styles and languages with the frequency with which we now change our storage media, civilization would never have gotten past the banging-two-rocks-together stage.

I think the written word will be with us centuries after the digital stuff dissappears or is rendered obsolete because someone did not transfer it to newer and newer formats (hopefully without loss).
Think about all the centuries old works still around. Some is even ancient. Most is in museums and archives, but visit the local used book store and it is easy to find books well over 100 years old.

Thoughts along the same lines ... my father has been spending time in retirement translating obscure but interesting Spanish colonial documents. They are published online, where they get a respectable couple of dozen downloads a month. He offered to donate some print-on-demand hard copies of these texts to his university library (a major state university), but they said, "No thanks," assuring him that the digital documents will be well taken care of, backed up, etc.

How can they make such assurances for more than 5 or 10 years? Shouldn't a great library be thinking about contingencies for the next century or even millennium? But no, we have become obsessed with immediacy at the cost of durability.

Don't underestimate libraries, msueums and archives, Richard. Our cultural institutions have been thinking about, and working on, these oproblems for decades and have extensive systems in place for data migration. The eelctronic data in their collections are probably the most likely to last for future millenia - assuming that they continued to be valued by society and funded appropriately to enable them to continue to do their jobs properly! For examples see the National Library of Australia's Pandora project, or this page: http://www.nla.gov.au/digital-preservation/recommended-practices

@Rowan - That's a significant assumption about continuing interest and funding. It doesn't take much to store paper safely.
== Michael Höhne

I'd been thinking about this from the biographer's angle. In the near future, or rather, in the now, will biographers be granted exclusive passwords to trawl through the emails and digital documents of (later) famous writers? Will anyone keep track of them? Will it be standard practice to petition yahoo/google to be granted PW access? (Or will we just ask Murdoch's cronies for all the raw files and passwords.) Digital file management is way different to paper and print: in the longevity, the objective quality of it, the sheer reality of it.

I think of the immense lack that is looming for future cultural studies because of this digital void. You'll still see 'The Collected Letters of...' but not very likely 'The Collected Emails (and spams) of'. Maybe, from a totally cynical POV, this means the study of letters as we know it (I mean, of writers generally) will end with the last generation to write letters. Which is ours. I'm thinking of David Foster Wallace's letters to Don De Lillo, for instance, hopefully to be published soon. What does it mean when a writer 'deposits his papers' at a university, digitally speaking? Does anyone even save their emails from 5 years ago, even though they are somehow somewhat permanent, somewhere? Can we understand the (cultural) past if we don't have access to its historical communications, missives, gossips, I mean, records?

I've been meaning to ask an academic biographer about this... it might be time.
reens

I know, from my work in school yearbooks, that paper can really survive benign neglect. That is, if no one cares about a book and it sits on a shelf for 100 years there is a very good chance that someone will be able to read the data stored inside with no conversion. We take for granted that paper lasts a long time. Low acid papers can last many centuries. That is the benefit of a book over a digital medium. The best CDs are only supposed last a fraction of the time that a book can.

There is a constant push from school districts to publish "online yearbooks." It can save money, but that is the only benefit. However, will an on-line yearbook be readable in 10, 20, 40, 80, 100 years? Because these books are so specific to a place and time, the market for them is really small. What major library or institution is thinking about saving a high school yearbook? None of them are, but at some point that book might be valuable to some researcher in the future. That's why I fight tooth-and-nail every time someone mentions on-line yearbooks or that paper books are pointless. They aren't pointless. When our society destroys itself through rampant consumerism and conflict, what will the historians of the future use to judge us? A web site? Pah.