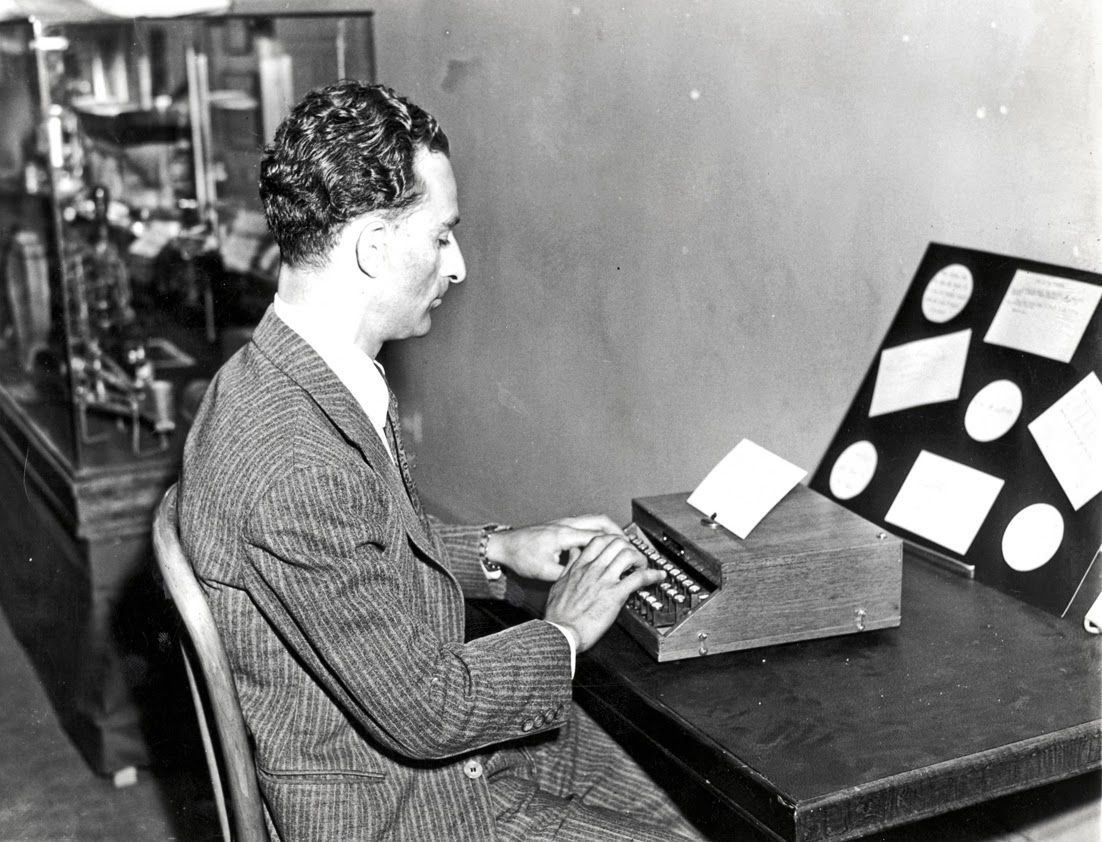 Typatune inventor Alex Rose at his "musical instrument" in August, 1939, the month his patent was issued, at the Inventors' Exposition of the American Hobby Association at the Spears Building in New York City.
Photo courtesy of PETER WEIL.
I was actually looking for a spare parts Atlas, but as I dug under mountains of boxes at the back of my shed, torch in hand, I spotted something I'd been looking for for ages. Indeed, I had told Peter Weil way back in October last year that I was going to post on it.
It's my Typatune - all 12 inches by 10 1/2 inches by 4 1/2 inches of it. 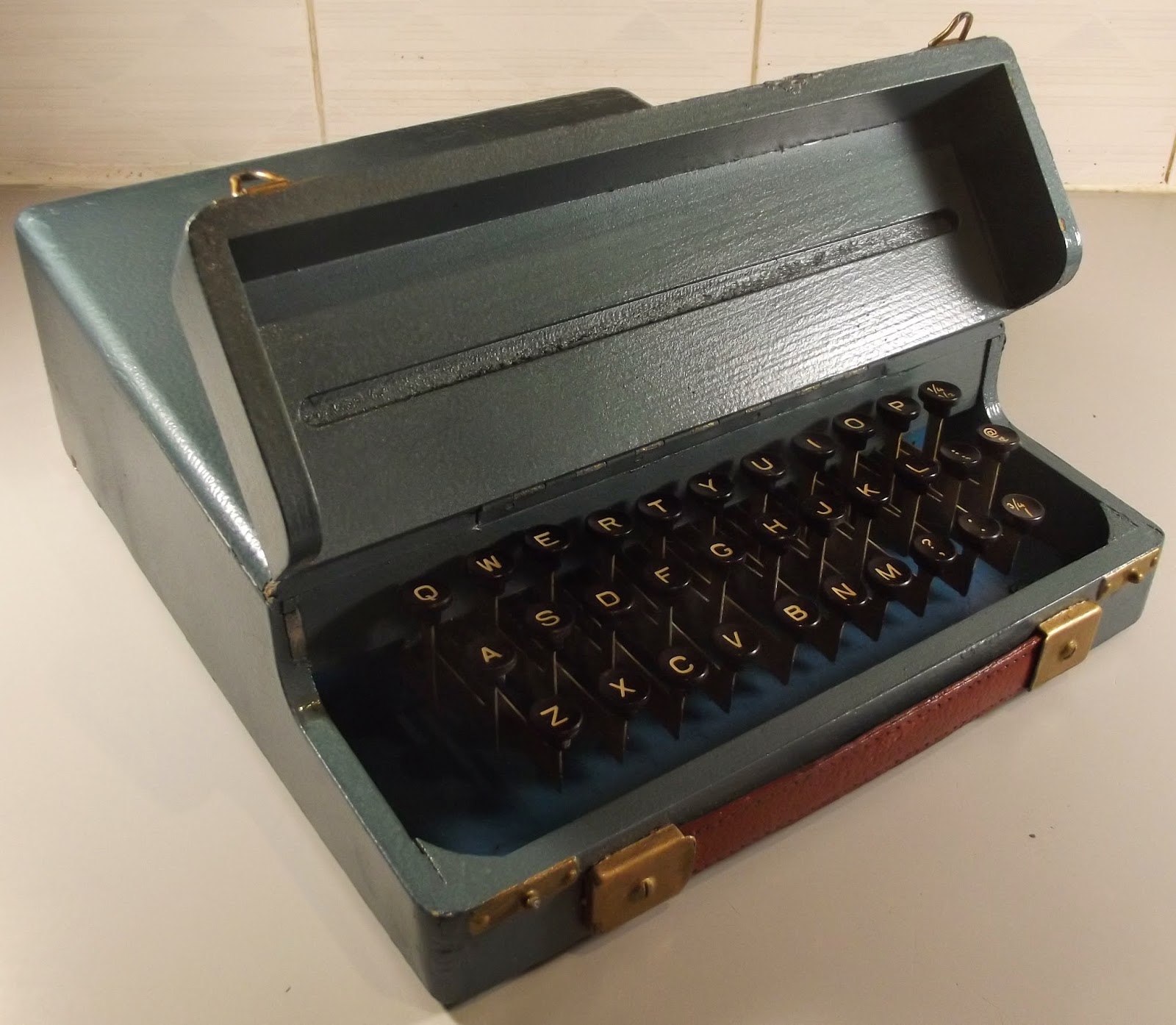 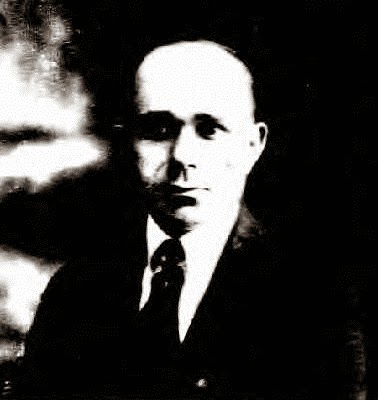 Rose applied for an unassigned patent for the Typatune on March 8, 1938, and it was issued on May 23 the following year. Rose gained some publicity for it on August 30, 1939, when a column on the Typatune appeared in the Brooklyn Eagle (see below). 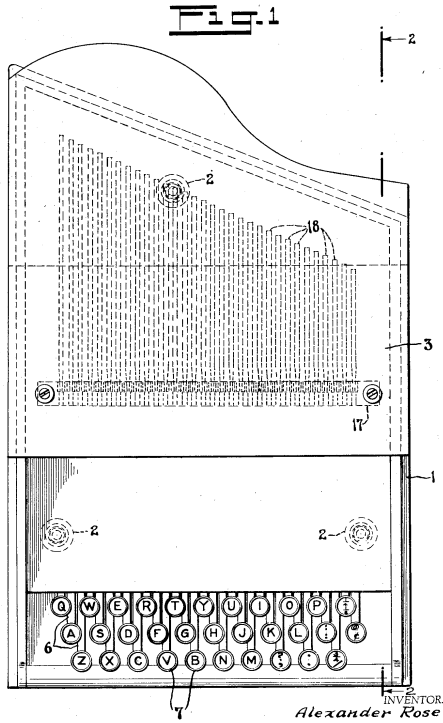 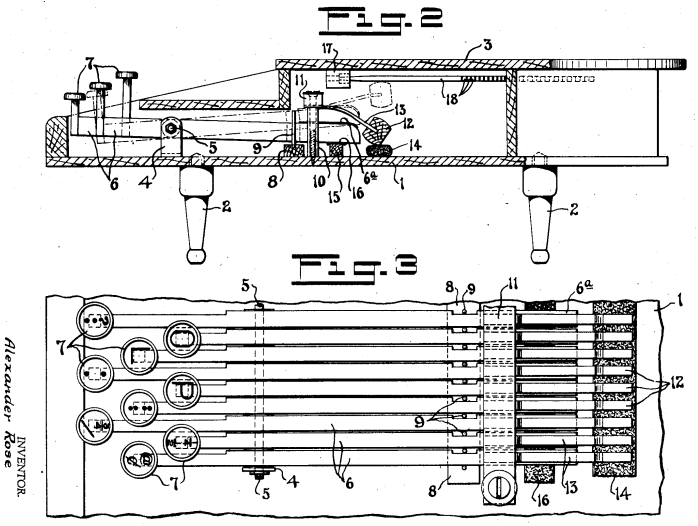 However, the Typatune wasn't launched on the market until September 1945. In the meantime, Rose had found a company to make it, the mysterious Electronic Corporation of America. As Peter asked tonight, why would an "electronics" company make a toy "musical instrument" typewriter? 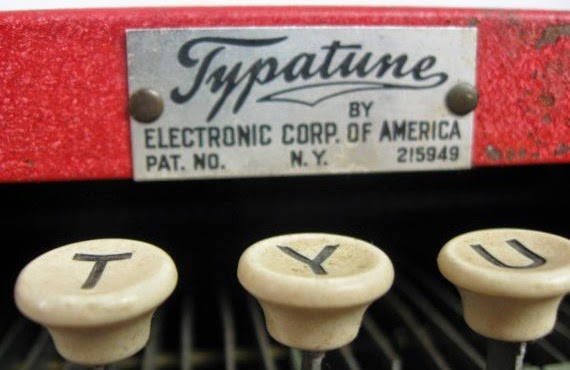 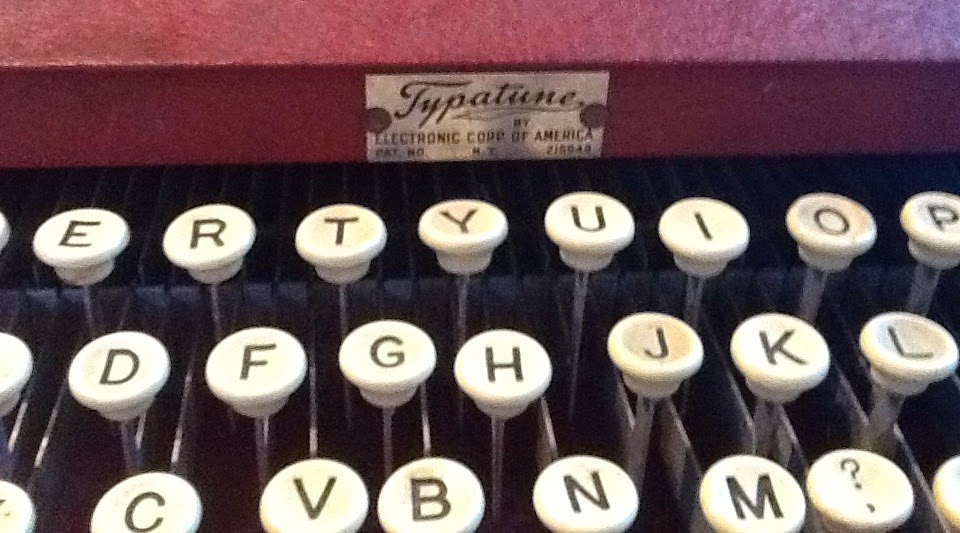 The patent number on the Typatune is misleading. It lacks the final figure, 1.

When the Typatune was eventually available for sale, it came with a book of melodies which Rose himself had arranged. This is how it looked just before reaching the market, in August 1945: 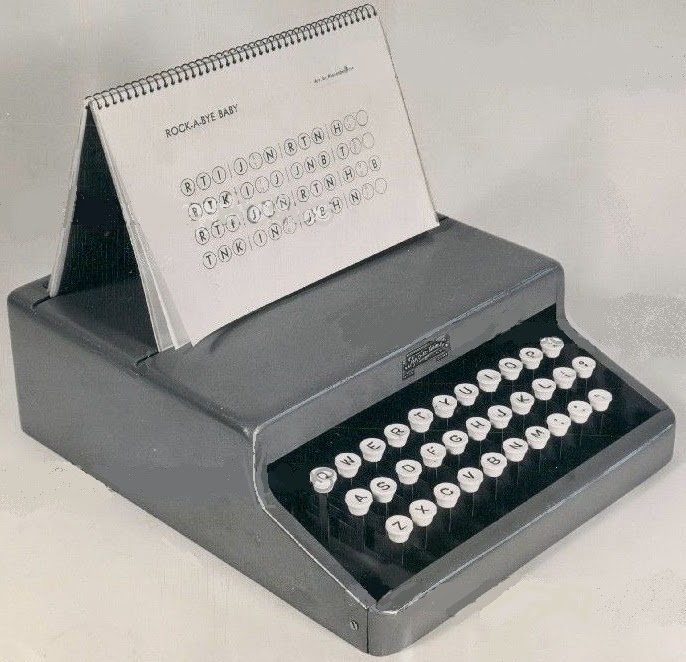 According to the caption with this August 1945 news photograph, the Typatune had been ordered by the Veterans' Administration to assist in physical therapy treatment of war veterans in hospitals. 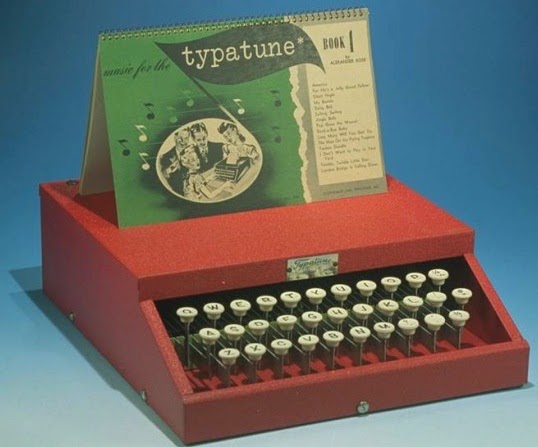 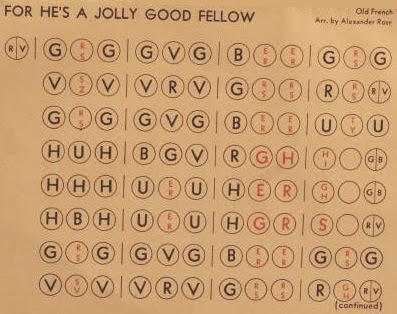 Image of music page from Wim Van Rompuy's typewriter.be page on the Typetune, which can be seen here. Wim also shows us how the Typetune works: 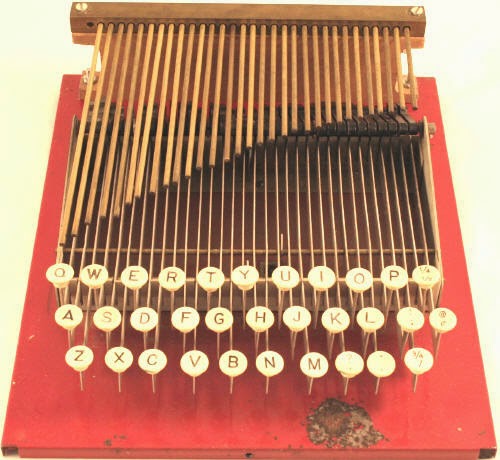 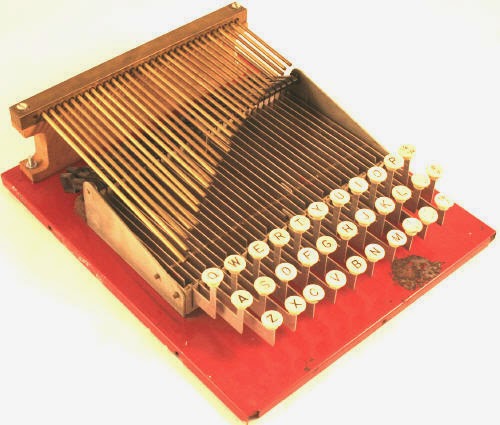 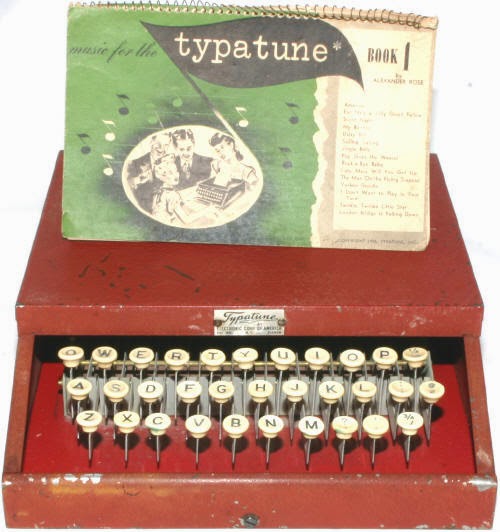 The Typatune's timely launch, just before Christmas 1945, was publicised across the US, with the line: "Something new is the gadget at right, which looks like a typewriter, but is a musical instrument called a 'Typatune', recently invented by Alexander Rose, New York City court reporter. It has a standard typewriter keyboard, works on the piano principle, and when you 'write' on it, tunes come out." A hatch was later added to protect the keyboard: 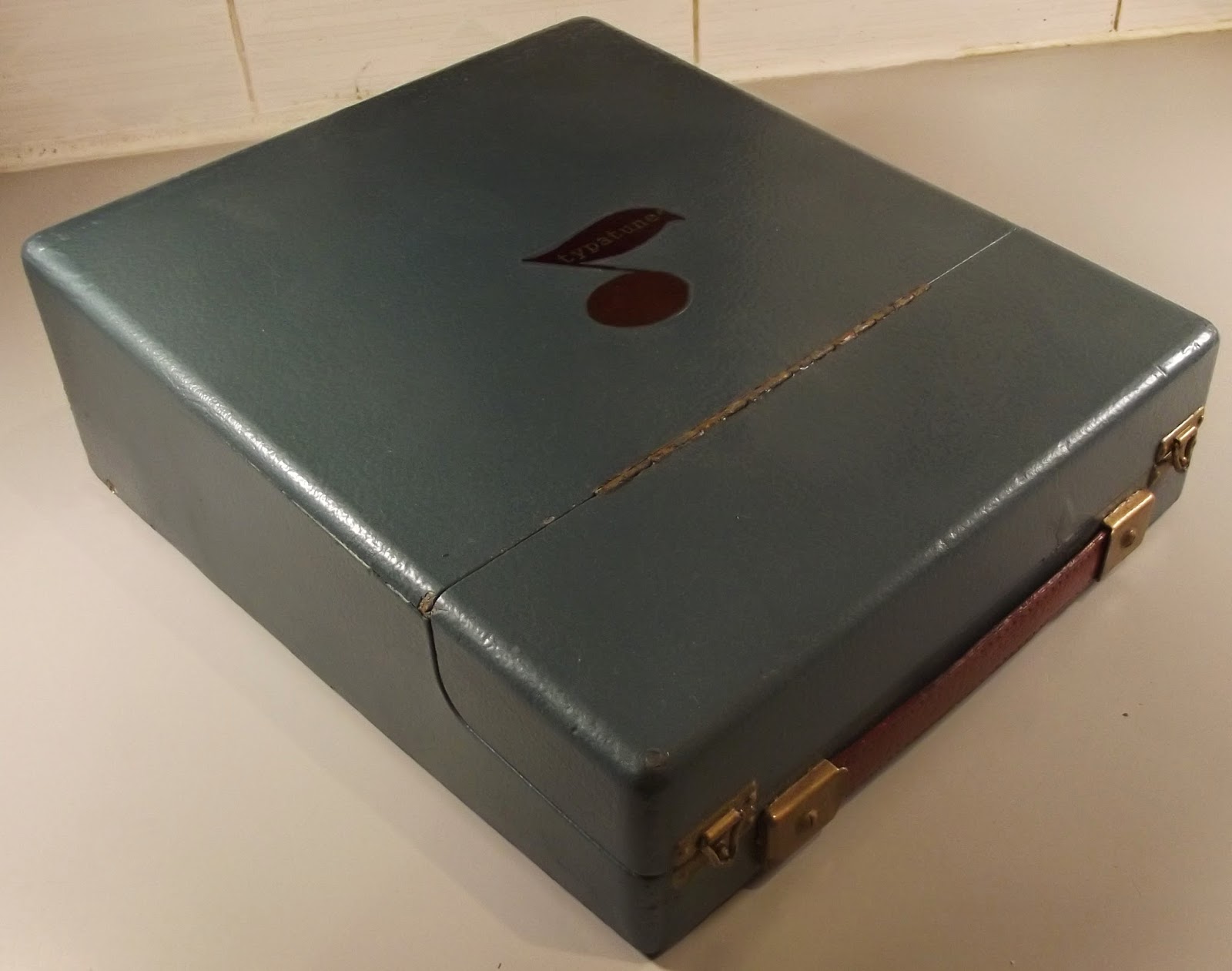 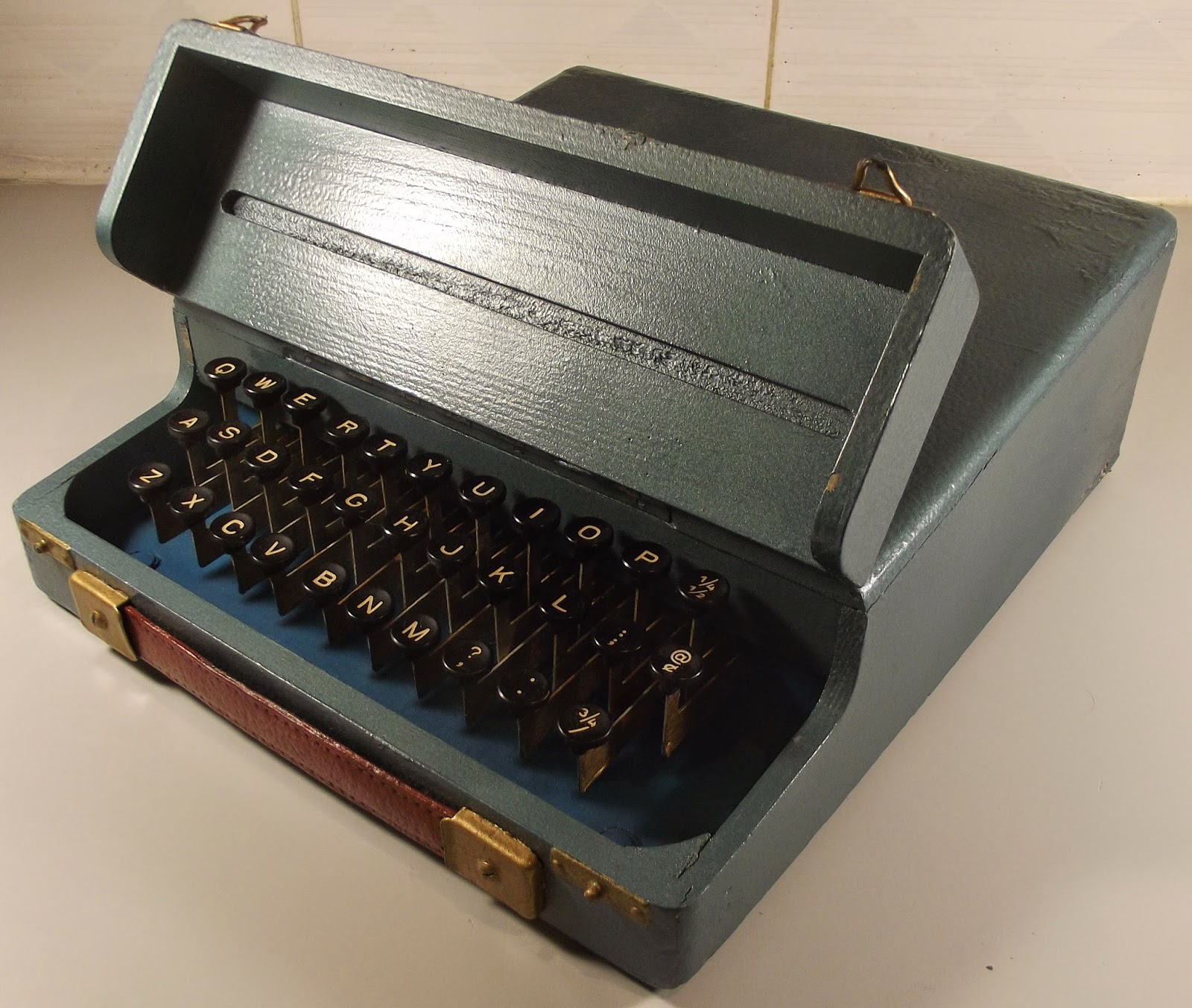 The Typatune which appeared in Michael Adler's 1997 Antique Typewriters, courtesy of This Olde Office, Cathedral City, California, was sold for $450 not so long ago by Branford House Antiques: 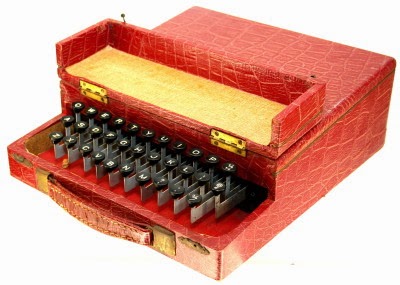 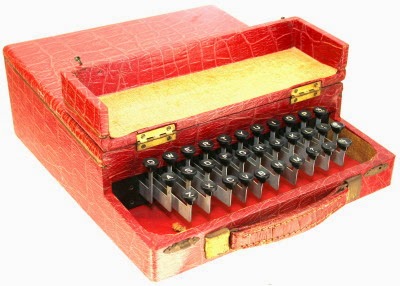 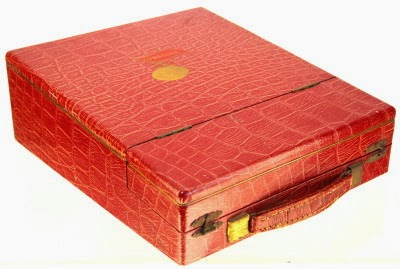 Here are some other variations: 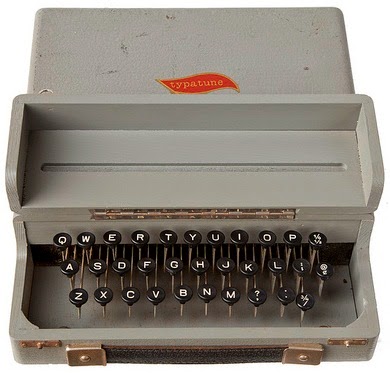 I believe this may belong to Georg Sommeregger. See video below of Silent Night being played. 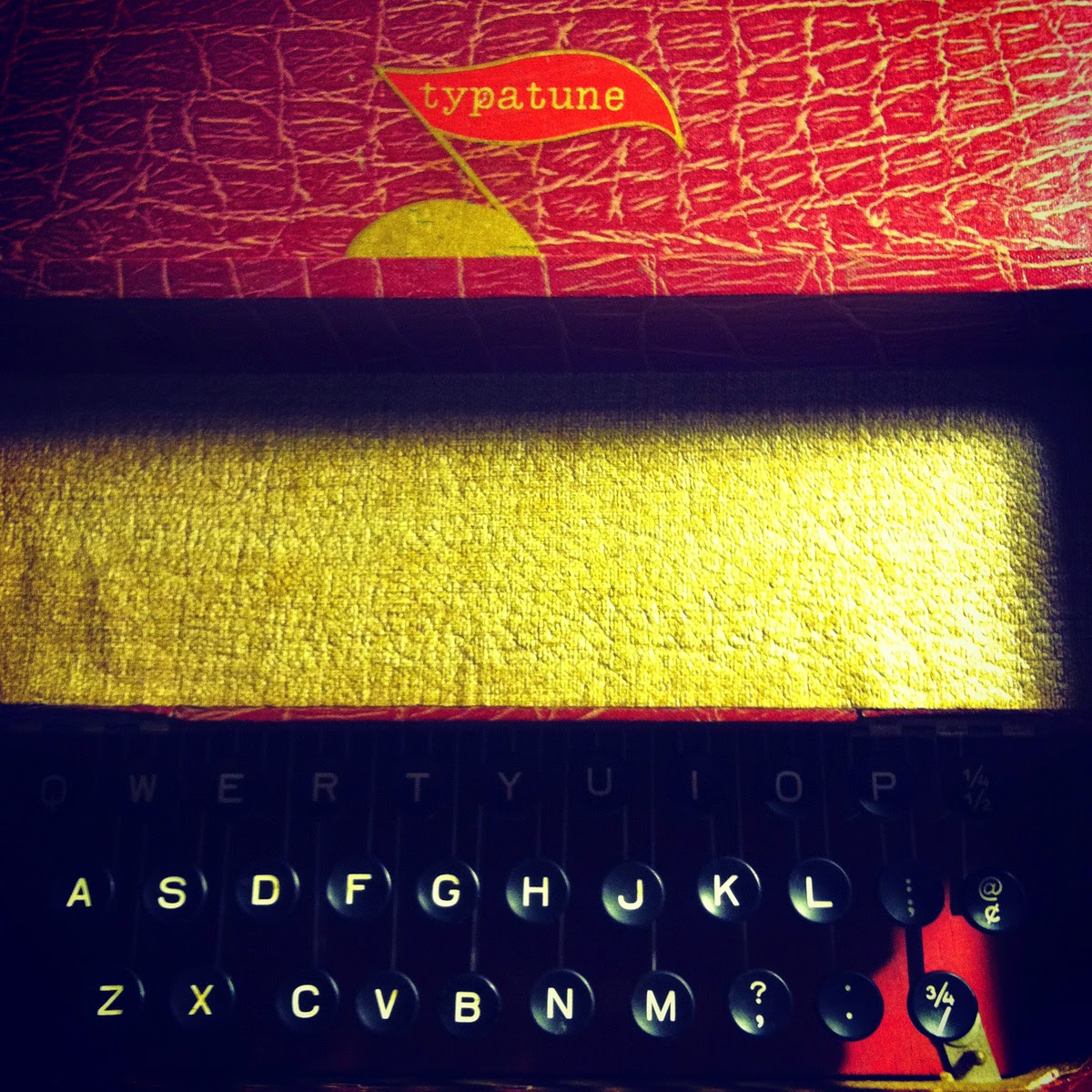 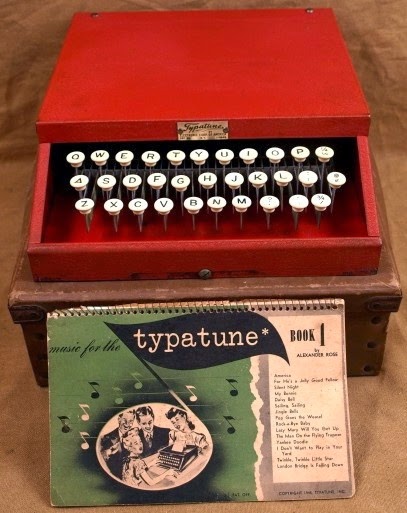 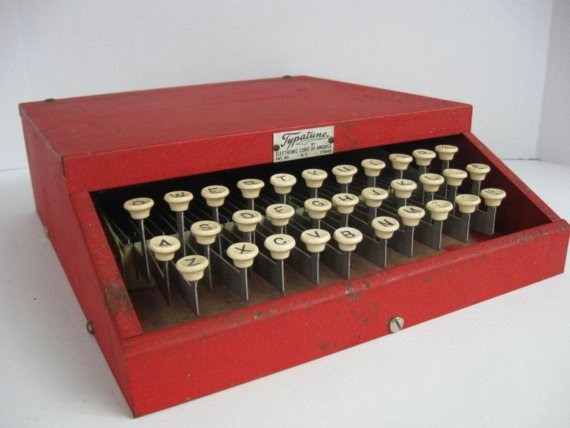 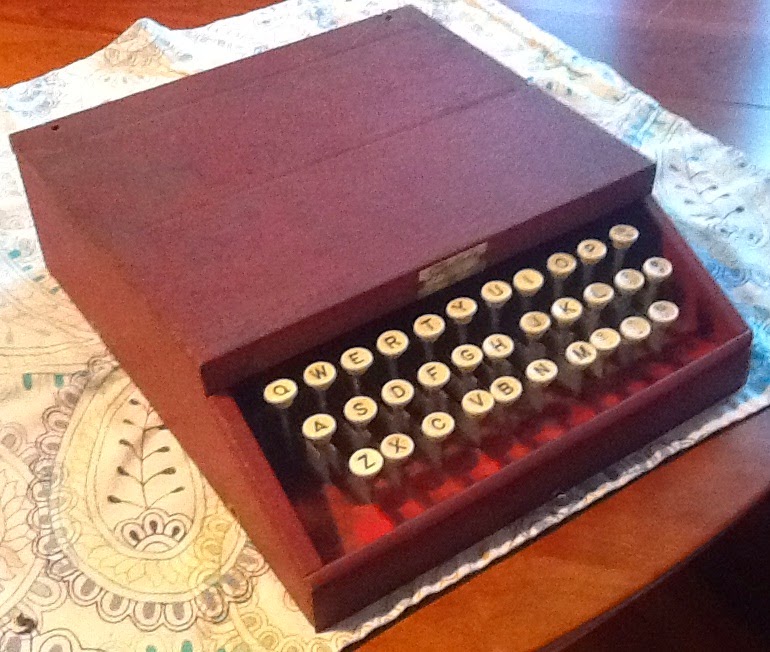 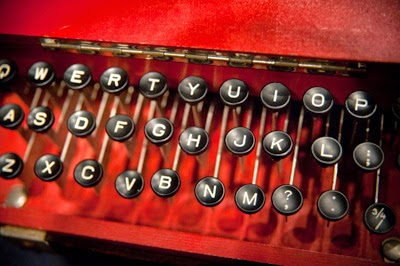 Posted by Robert Messenger at 01:42

Great story! I love the column about Rose. I must get one of these gadgets someday.

I encountered one of the grey Type-a-Tune's at MTE not long ago complete with the music book. Interesting device, although not terribly melodic. (:

Way too cool! I have never seen nor heard of one of these before. Now I need to start a search for one.

I always wondered what a Typeatune sounded like. Very cool!

I received a TypeaTune from Santa Claus when I was a child living in Detroit, Michigan, USA in the 1950s (probably around 1957). It was red and had the keyboard cover. I "played" on it often however always thought of it as a toy rather than a learning tool. But I may have been learning more than I realized as I took typing classes in high school and they seemed fairly easy for me right from the beginning -- no doubt due to the many hours I spent "playing" on the Typeatune keyboard. And, in the end I did become a secretary for over 25 years. I, like so many others, have never seen another Typeatune until I saw this website. Brings back lots of memories of a great invention whether you consider it a toy, instrument or teaching tool. I no long have the Typeatune but wish I did.

I am a one owner of a typeatune which I got for Christmas in 1945. I still have the original book but my typeatune is missing a couple of letter keys. Do you know where
I can get replacement keys? Thank you, Carol N.

Al Rose was my great uncle. He was my grandfathers uncle. The information in this blog is amazing and means so much to me to read!

I received a Typatune in the early 50's. Through many moves, the book has disappeared. Would there be any way I could replace the book? I would like to give the Typatune to my great granddaughter, but it wouldn't do much good without the book. Any help you can give me will be appreciated.

My folks gave me my typatune in 1951. In the process of a few moves, I have lost the book of songs that came with it. Does anyone reading this know where I might be able to purchase a replacement book? I would love to be able to play the tunes correctly again. Connie J. Schieck