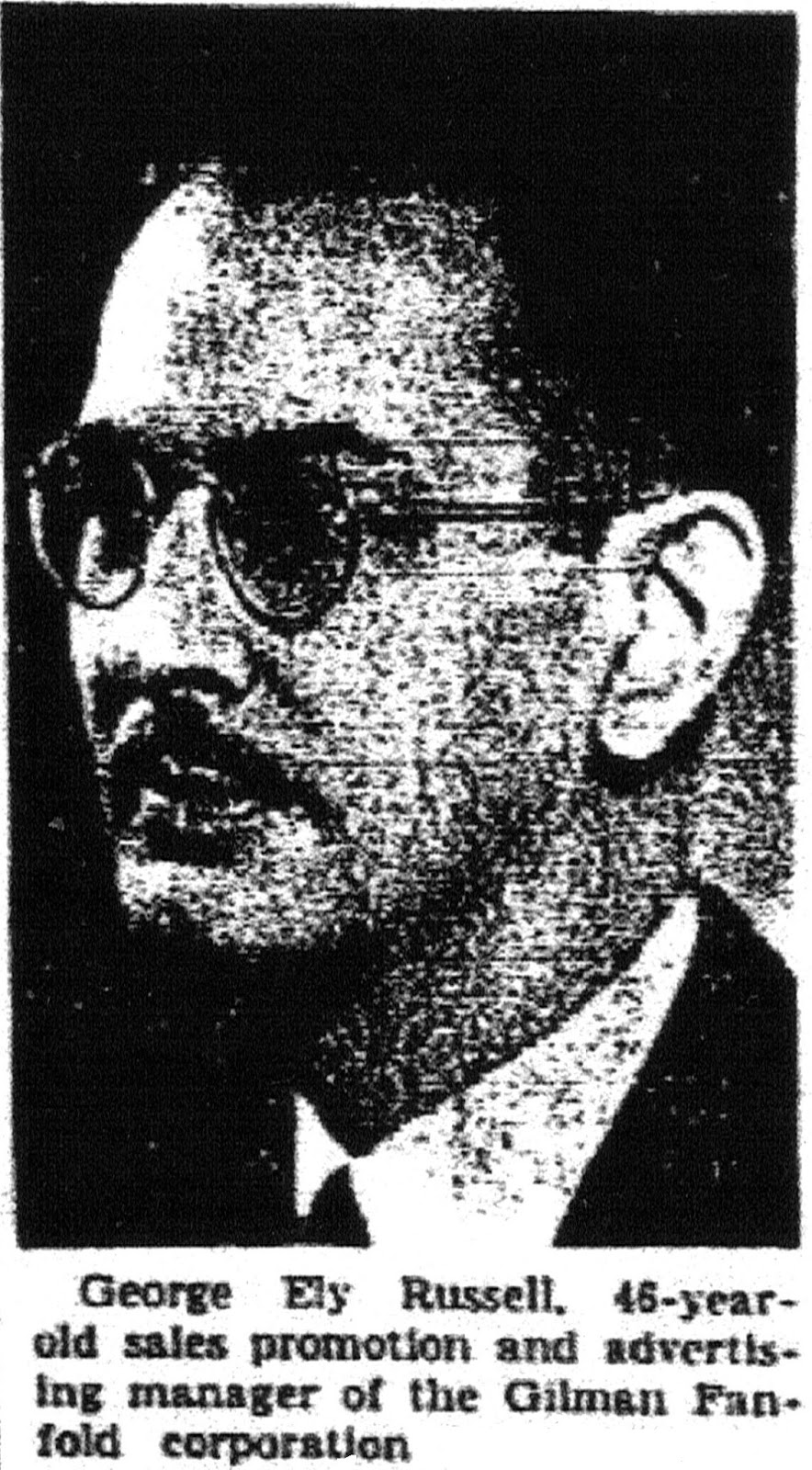 On Wednesday, May 7, 1919, George Ely Russell - less than three months after being honourably discharged as a US Army First Lieutenant from the American Expeditionary Force at Fort Dix, New Jersey - set off from Seattle in an 18-foot long, canvas-covered Peterborough canoe to paddle 1000 miles to Junea, Alaska. Russell was a fortnight shy of his 26th birthday. 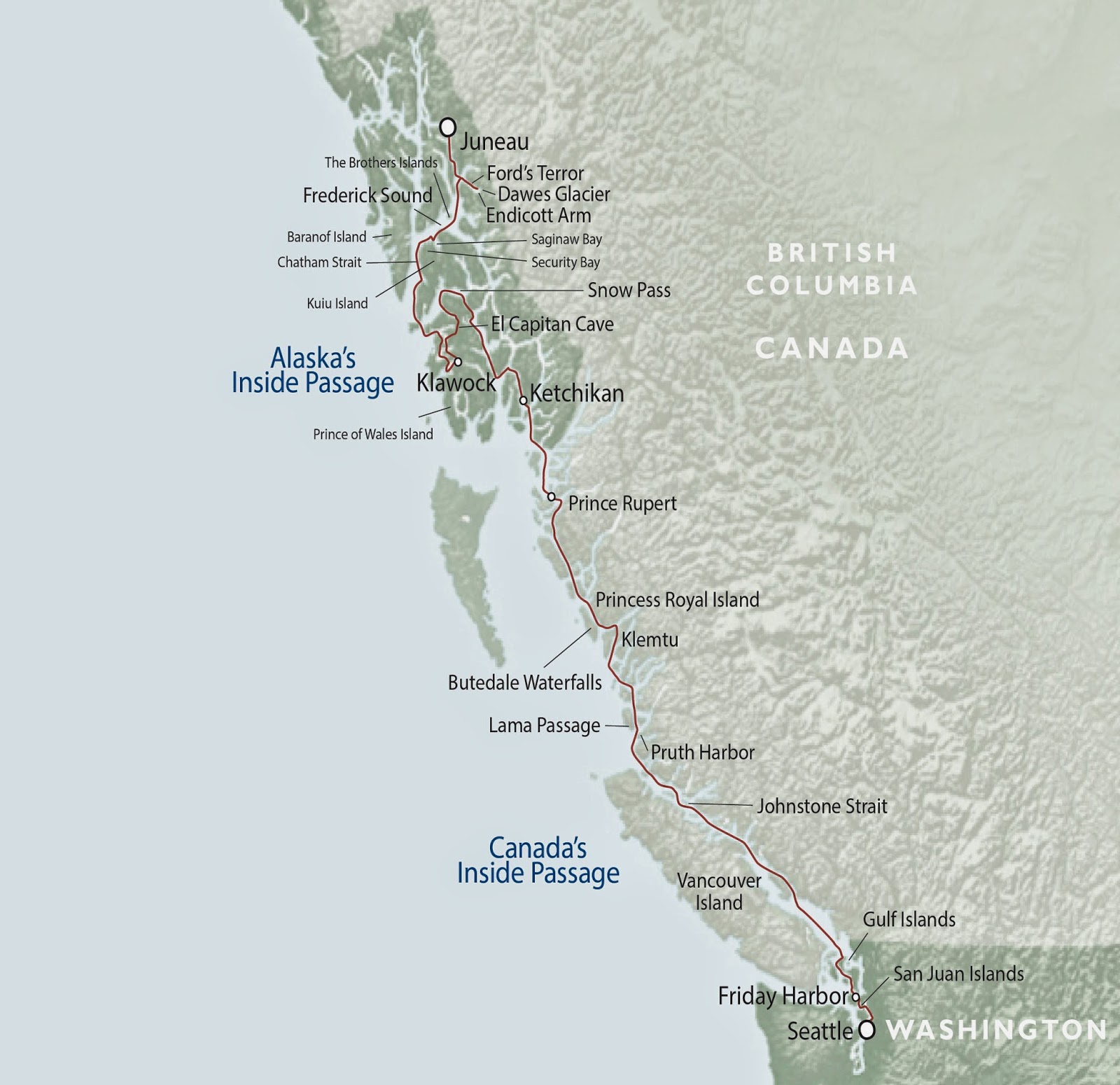 Apart from an oar, Russell was armed with the Corona 3 folding portable typewriter (serial number 84165) he had used on the battlefronts of France in World War I. 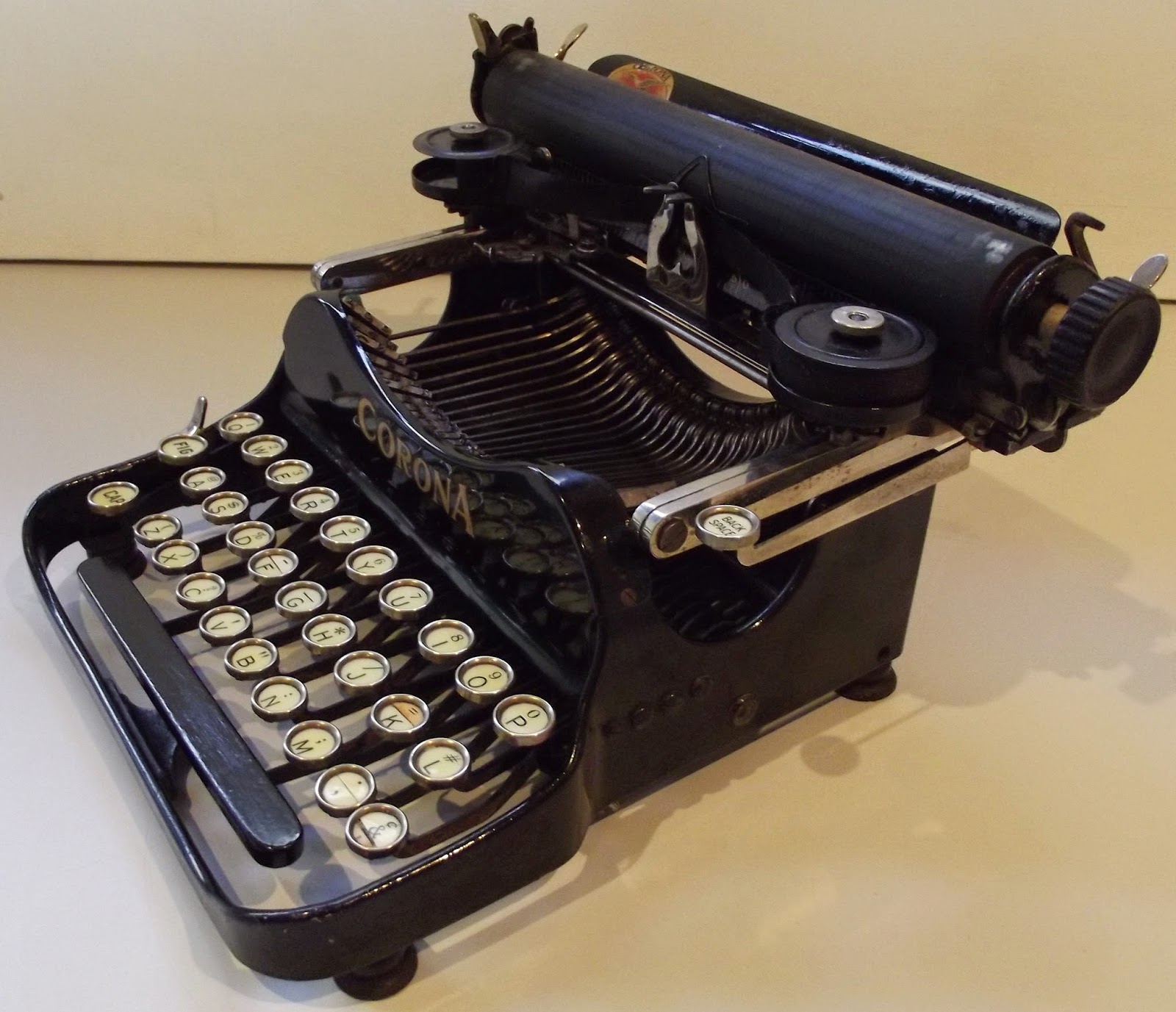 About one third of the way into his epic voyage, while approaching the Heiltsuk First Nation Reserve village of Bella Bella on the east coast of Campbell Island in British Columbia, 98 nautical miles north of Port Hardy on Vancouver Island, Russell dropped his Corona 3 into seven feet of salt water. 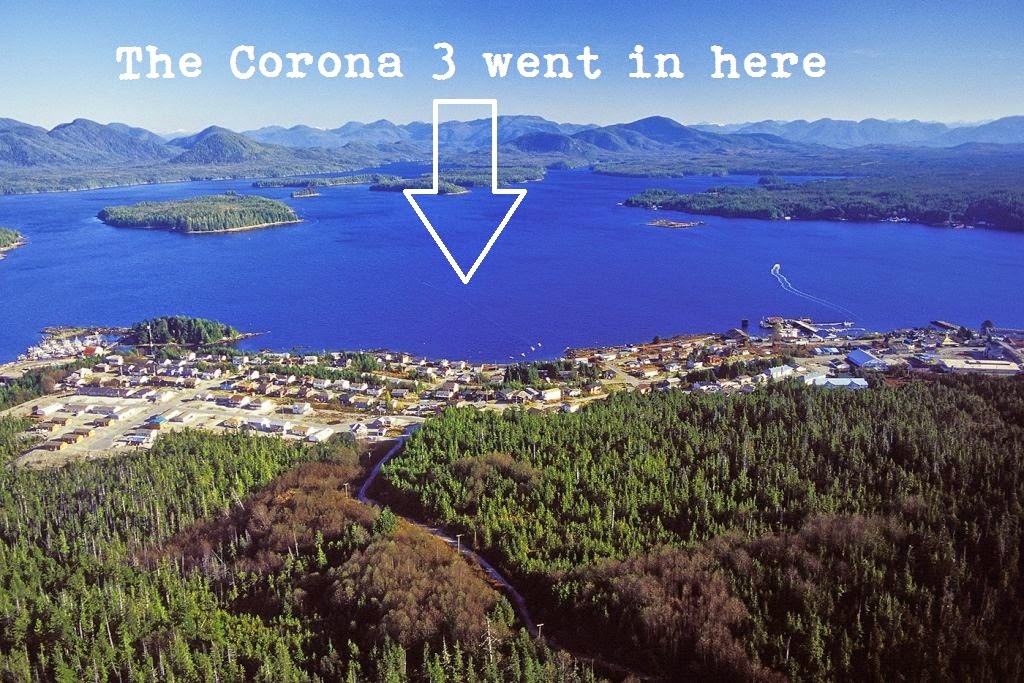 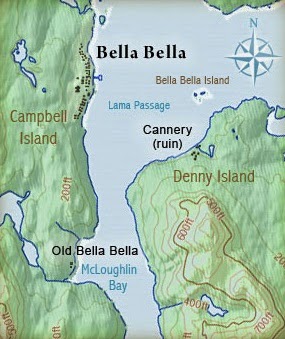 Unable to fetch the Corona 3 off the bay floor with a salmon hook, Russell stripped off naked, dived in and rescued the typewriter from its salty grave. He wiped it off with an old rag, dried it in front of his night fire ... and went on to write one quarter of a million words with it!
To celebrate reaching 1.2 million page views of this typewriter history blog, I salute George Ely Russell and the Corona 3 portable typewriter.
Many of the 250,000 words written by Russell on his once water-laden Corona 3 were incorporated into a book about his canoeing expedition, called Eighty Days in the Wilderness: Seattle to Alaska by Canoe in 1919. The book was republished in 2009 by Russell's son, George Ely Russell Jr, a well-known American genealogist who passed away in Maryland last year. 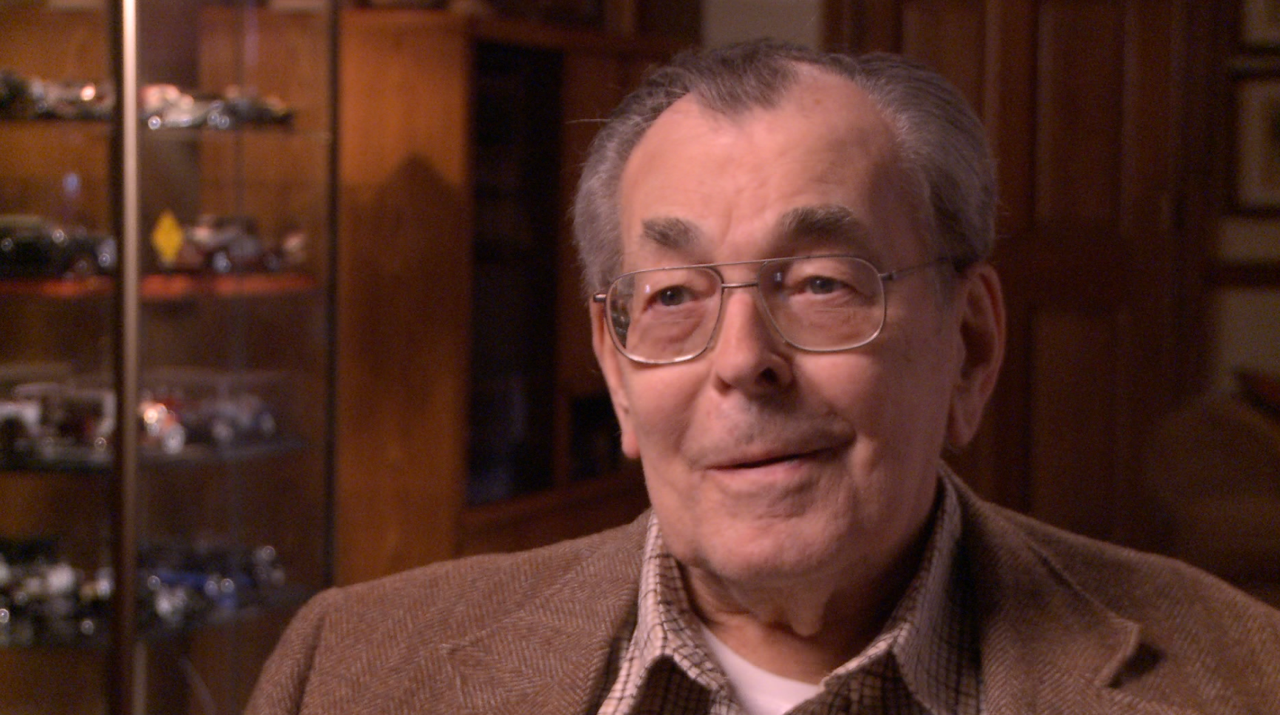 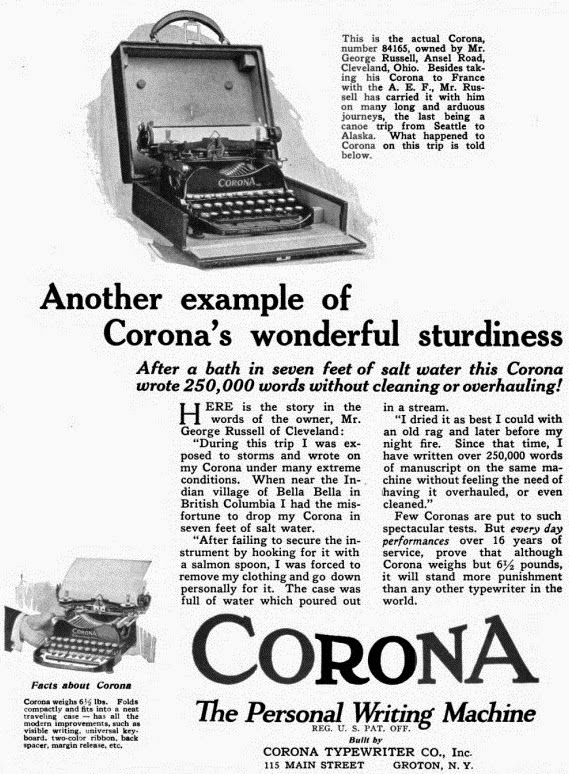 George Ely Russell Sr was born in Milwaukee on May 24, 1893. He died, aged 48, in a plane crash at about 10.30 on the night of October 30, 1941, at Thompson Howe's farm at Lawrence Station, near Shedden, Ontario. All 17 passengers, mostly US businessmen flying from Buffalo to Detroit, and three crewmen were killed when the American Airlines DC3 transport ploughed into the earth 14 miles west of St Thomas and burst into such fierce flames that no attempt at rescue could be made. It was at the time the worst air disaster in Canadian history. Russell was the Niagara Falls-based sales promotion and advertising manager of the Gilman Fanfold Company. 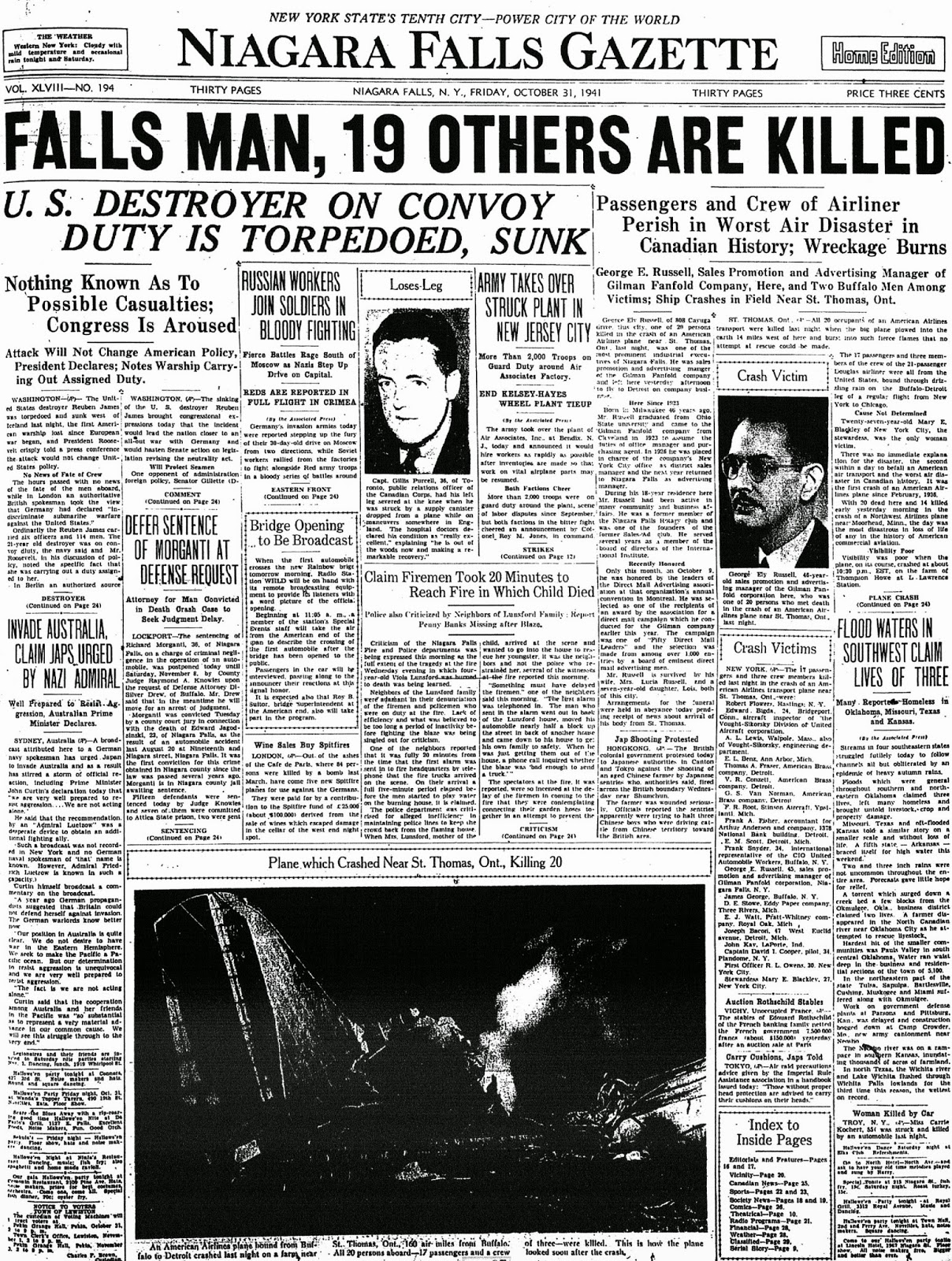 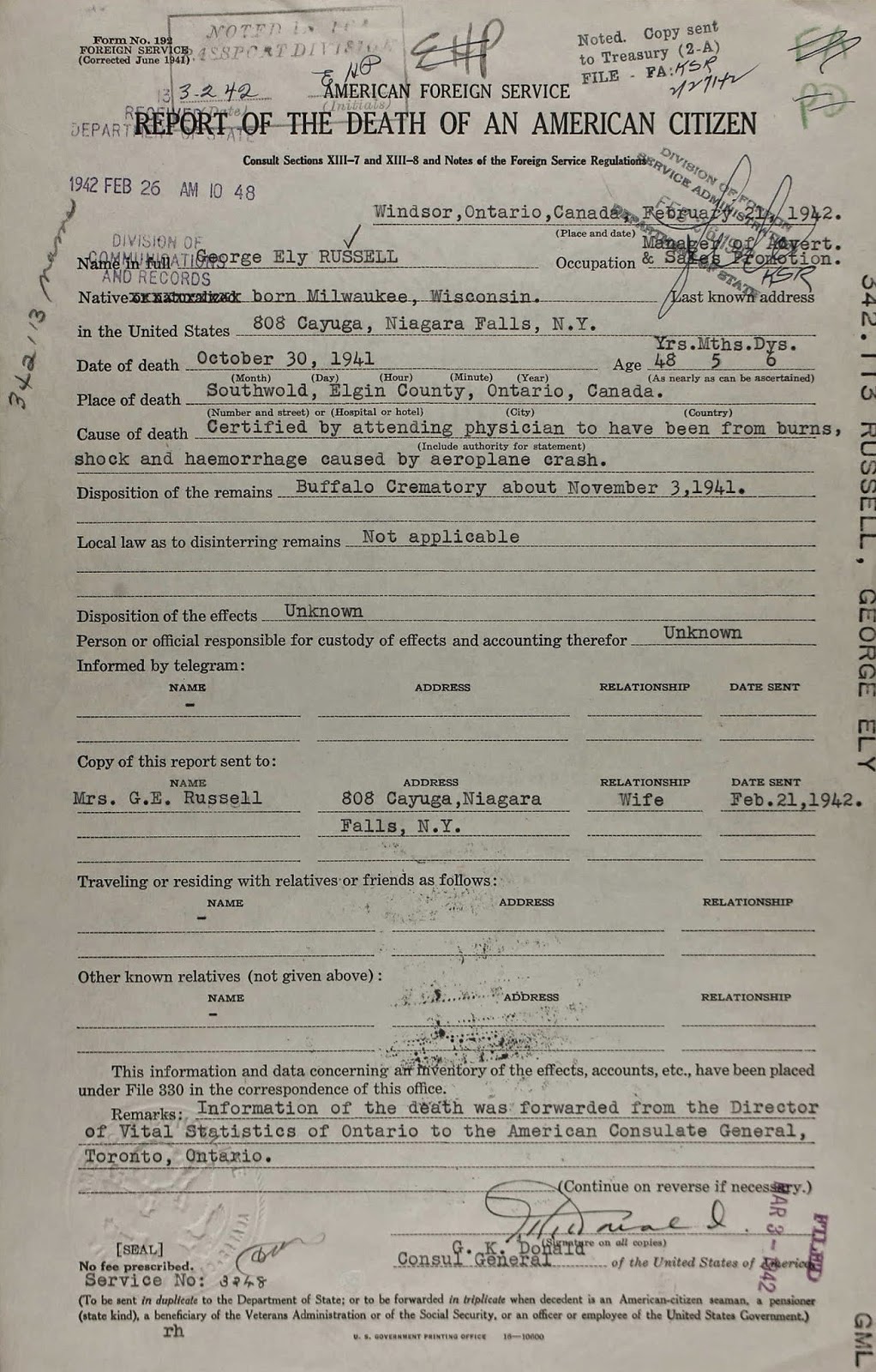 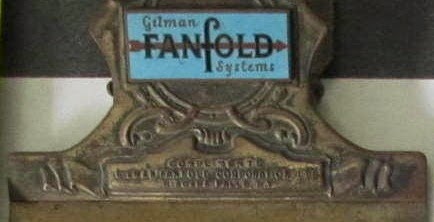 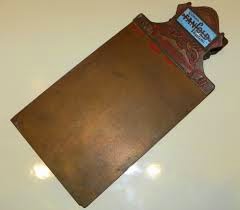 Posted by Robert Messenger at 16:44

Quite a story. I'm glad Russell got some major adventure into his too-short life.

If you keep telling me all of these amazing stories about the Corona 3, I'm going to end up getting one. First baseball and now this. What's next?

That's my grandfather! Thanks for the great write up! He typed and carbon copied all of his correspondence. He later bound the carbon copies into leather volumes. I am GER II's daughter. His typewriter was an IBM Selectric. I remember the thunk thunk thunk as he typed for hours each day. He typed with his two index fingers.