This Kid Could Type! 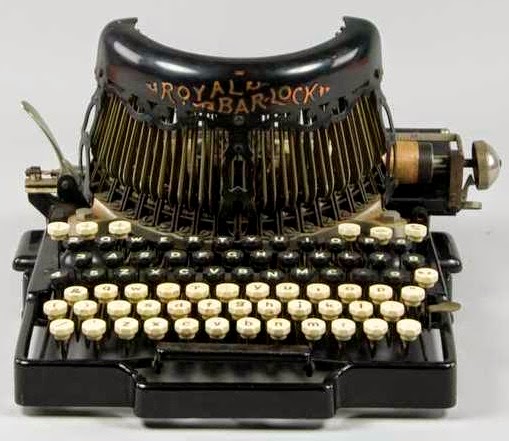 1903
The father, Edwin James LeGrove, was born on March 27, 1851, in Bethnall Green, London, and immigrated to Dunedin in New Zealand in 1874. It was in Dunedin that he entered the printing trade.
Edwin LeGrove travelled to the United States Centennial Exposition in Philadelphia in 1876, saw the Sholes & Glidden typewriter exhibited there, and returned to New Zeaand convinced that the typewriter held his future.

1906
He moved to Wellington in 1883, joined the New Zealand Times as a proof reader and became a stenographer and shorthand typist. LeGrove later gained a New Zealand Government appointment at £150 a year as an official parliamentary committee reporter. He won speed typing competitions, averaging 130 words a minute over 12 minutes.

1903
He subsequently became a typewriter importer. He committed suicide, shooting himself with a revolver, aged 62, in July 1913.

Posted by Robert Messenger at 00:25

He certainly COULD type. I can't imagine anyone reaching that speed on a Bar-Lock!