1. Who backed the "Chicago typewriter" and owned the Royal Typewriter Company? 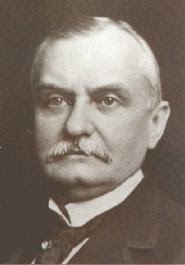 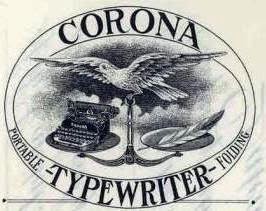 3. Which typewriter has a quill-wielding Tudor boy logo? 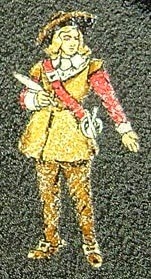 4. Which American singer-songwriter accompanied herself on a typewriter on Nerd Anthem? 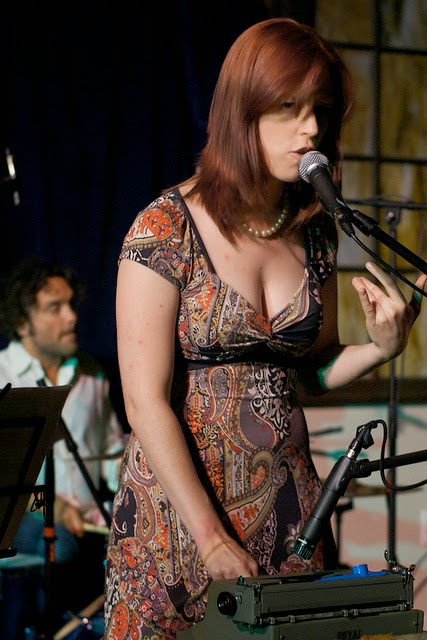 5. Which rock band's lead singer-songwriter types many of the band's lyrics on a Remington Model 1 portable typewriter? 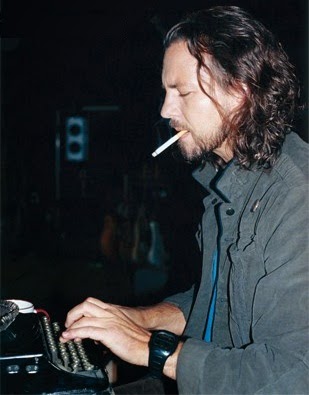 6. What is the longest English language word that can be typed on the top bank of a QWERTY keyboard? 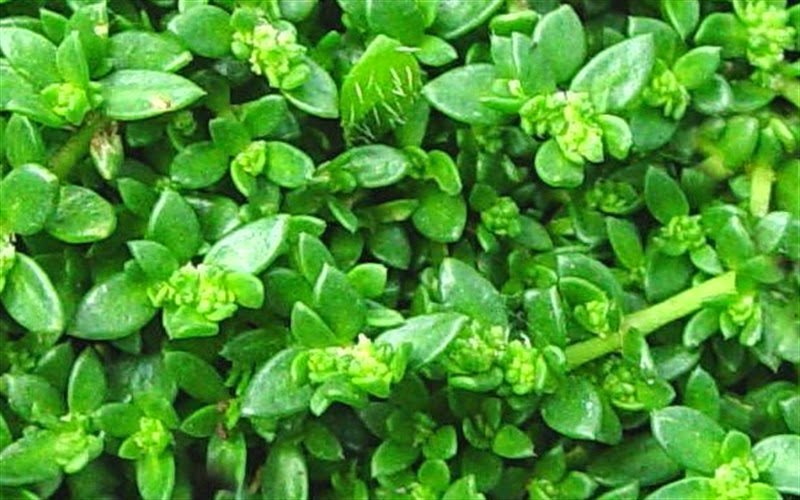 7. The bottom bank of a Blickensderfer keyboard can spell what percentage of English language words: 50, 60, 70 or 80?

8. What IBM device does Rose Pamphyle's backer Bob Taylor offer Underwood at the end of the movie Populaire? 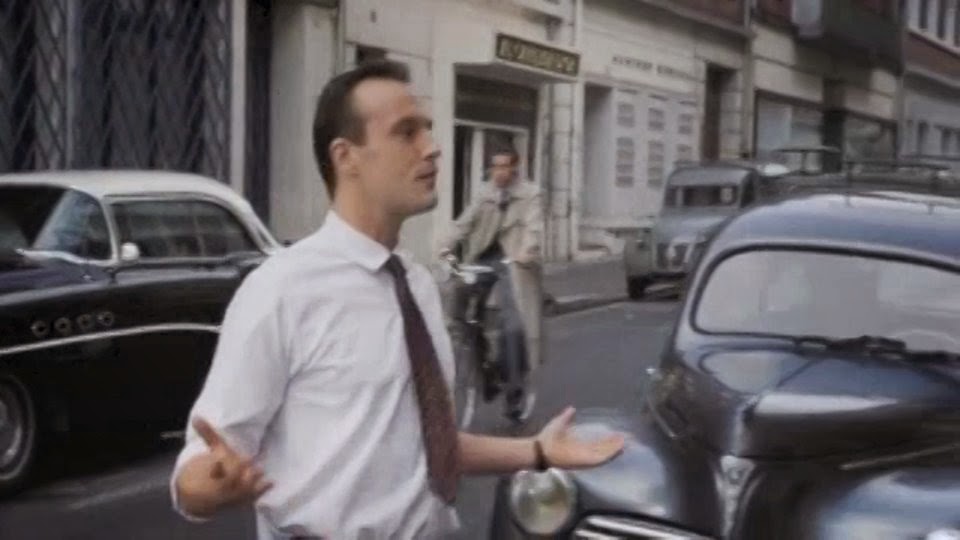 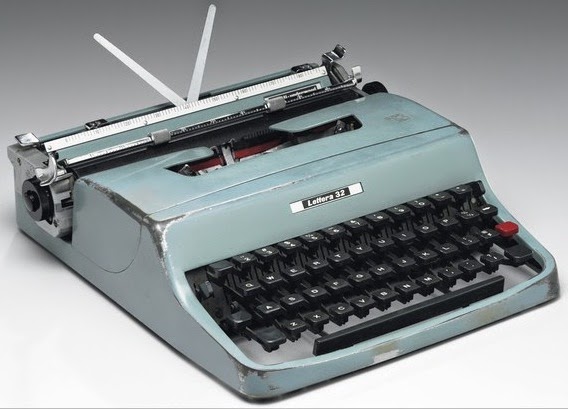 10. Who, after completing a novel called Beautiful Losers, is alleged to have thrown his pistachio green Olivetti Lettera 22 into the Aegean Sea? 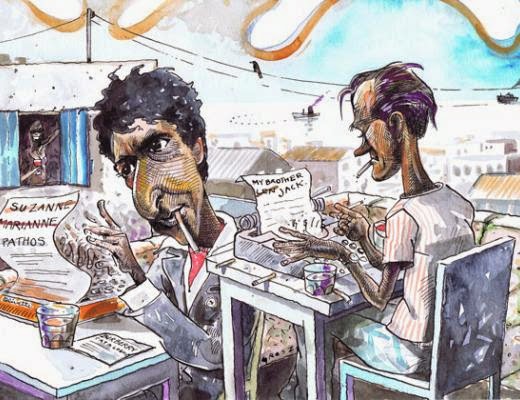 11. Which English author, journalist and television personality, who prefers to use a typewriter, told the BBC: "I think the computer user does their thinking on the screen, and the non-computer user is compelled, because he or she has to retype a whole text, to do a lot more thinking in the head"? He also said, "My favourite things are bicycles and typewriters because they’re pure, inert pieces of metal that, when you add human energy to them, produce relatively high-speed travel or text. I have three typewriters, including the Lettera 22 ..." 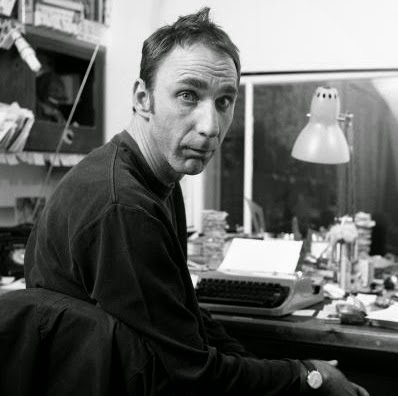 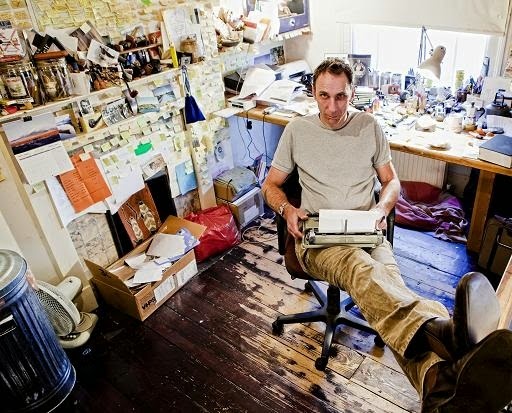 12. In the 21-minute film The History of the Typewriter Recited by Michael Winslow, voice sound effect performer Winslow recreates the sounds of how many typewriters: 8, 16, 32 or 64? 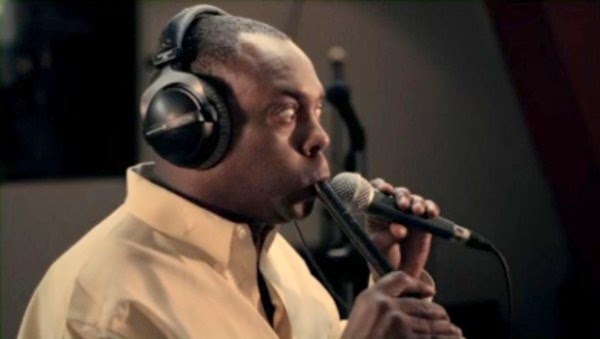 13. Who coined the word "Remingtonese", asked for a typewriter to be placed beside his deathbed and in 1898 dictated the novel The Turn of the Screw to his secretary William McAlpine because he suffered from what is now known as RSI? (Clue: Theodora Bosanquet become his secretary in 1908.) 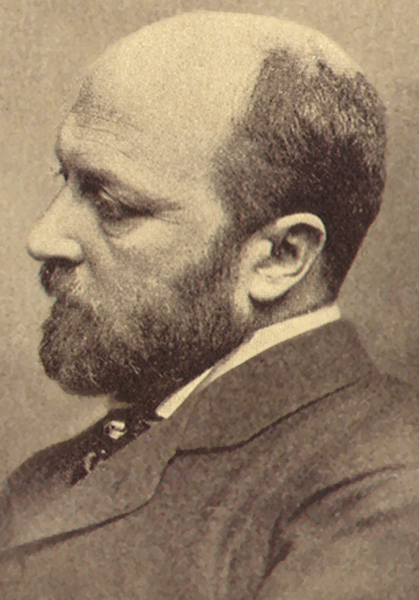 14. Who called the typewriter a "curiosity-seeking little joker" and in 1906 began to dictate his autobiography to his literary executor Albert B. Paine? 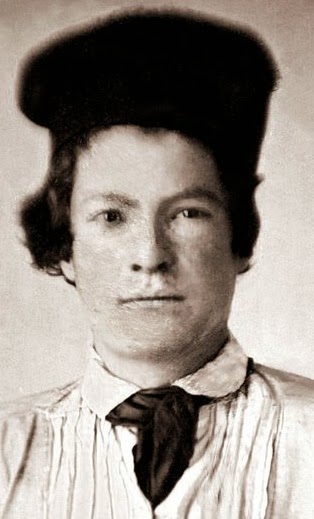 15. Where on a typewriter would you find dogs?
16. The "arc" is a less common name for what part of a typewriter?
17. What is a dead key?
18. Which was the first to be commercially produced: the Sholes & Glidden or the Hansen Writing Ball?
19. The name of James Bartlett Hammond's dog rhymed with "Stinky". What was it? 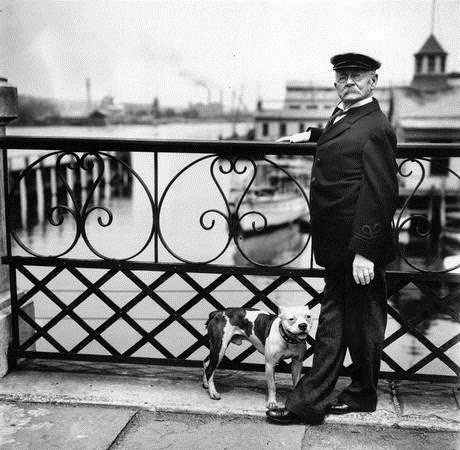 20. What is the brand of the typewriter this cat is using? 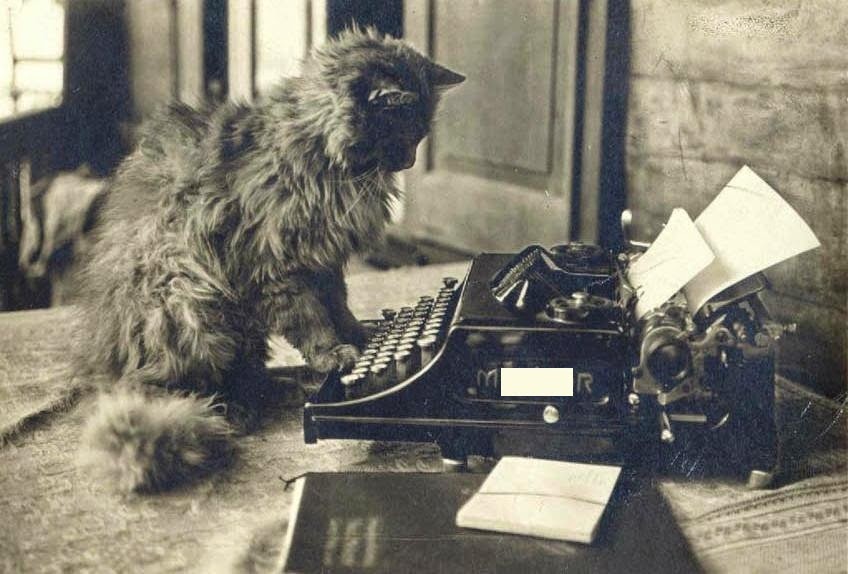 21. Who built this typewriter in 1864: Christopher Latham Sholes, Mathias Schwalbach or Peter Mitterhofer? 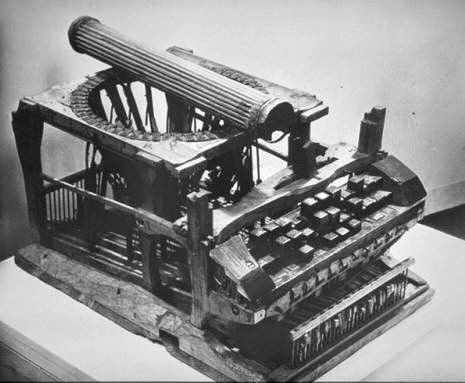 22. Can you identify this typewriter from the Martin Howard Collection? Clue: Call the cops! 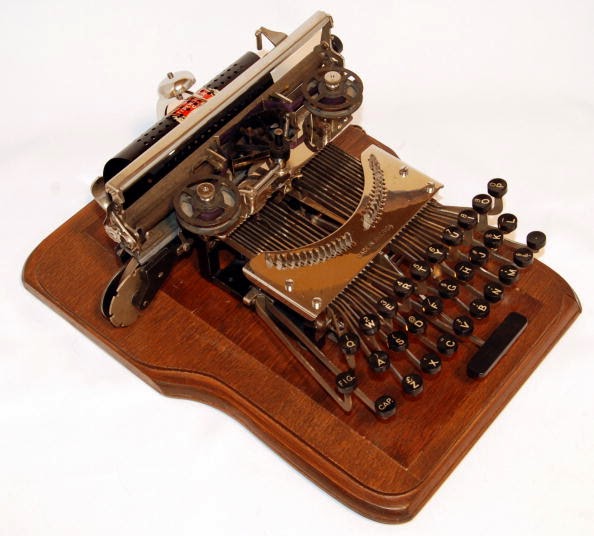 23. What brand of portable typewriter is this lady assembling in 1957? 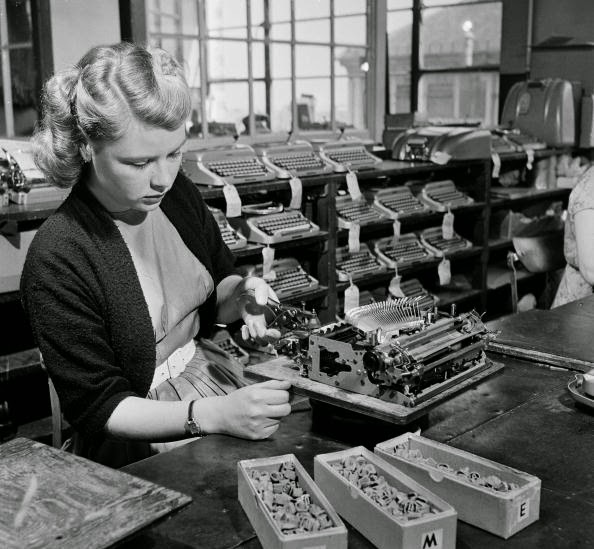 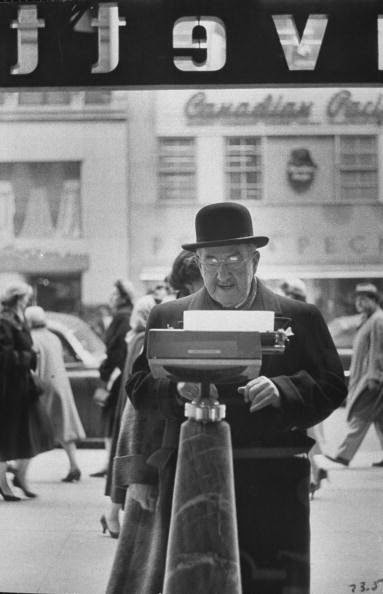 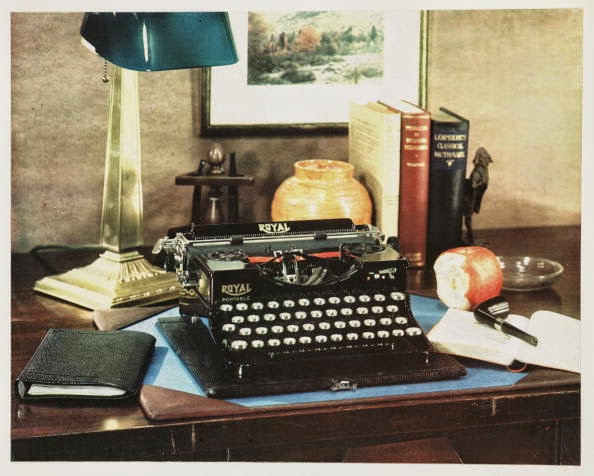 Answers in Comments.
Posted by Robert Messenger at 01:41

I'm surprised Richard P has not commented yet with a score of 100% on this.

You almost skunked me Robert. I can guess an answer on 2 of them. 15: line feed and escapement. 19:Pit Bull Terrier aka Pit Bull.

I should know most of them because I read so much about much of the list right here on your blog.

Glad to see you got one right, Scott!

I was going to venture a guess that 14 was Mark Twain and 18 was the Writing Ball.

Tough but fun. I only got a handful but I loved learning so many interesting things.