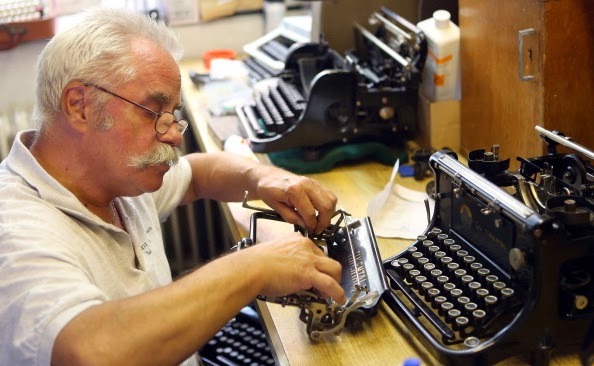 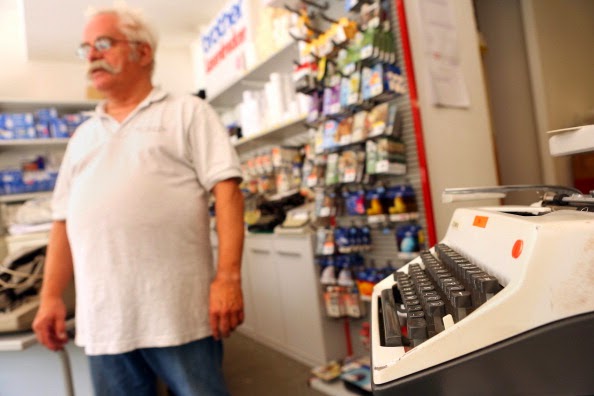 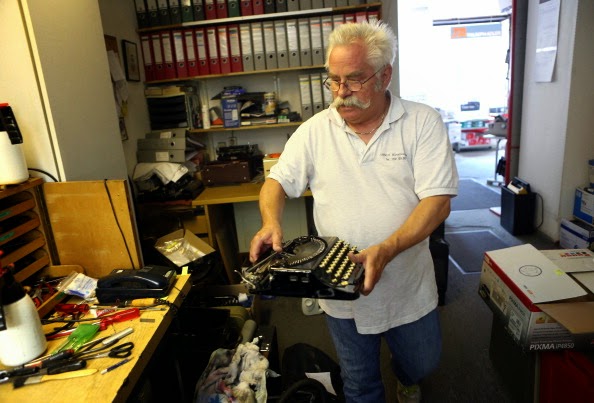 Excitement over news stories about the German National Security Agency's Investigation Committee considering the use of manual typewriters because of data leak concerns reached fever pitch in Berlin this week. 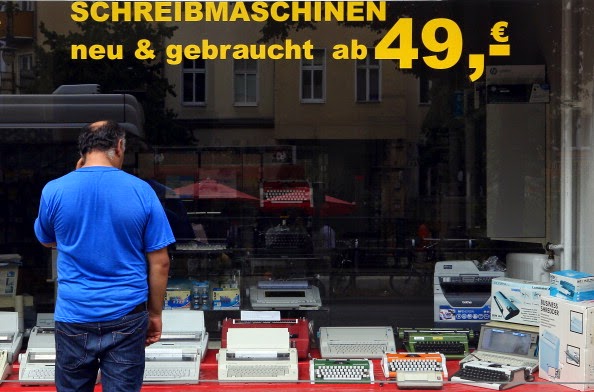 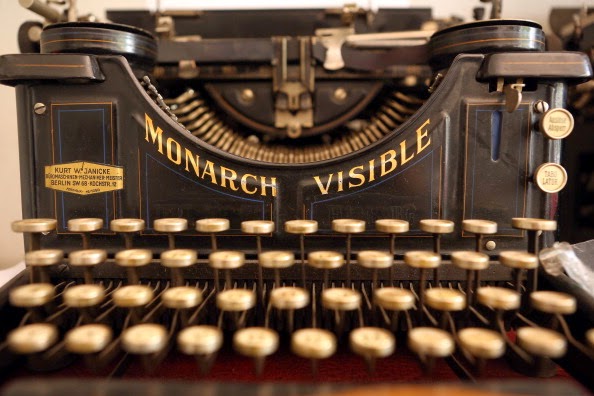 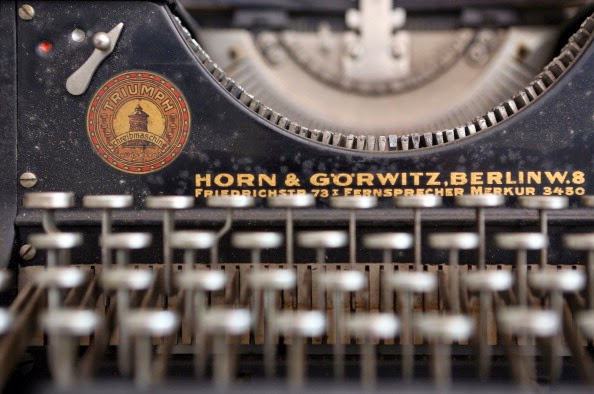 "Sales of typewriters are on the rise" one newspaper declared, inspiring a visit to typewriter repairman Bernd Mose at the Arndt Hans Joachim Büromaschinen office supply store at Gneisenaustr 91, 10961 in Berlin. 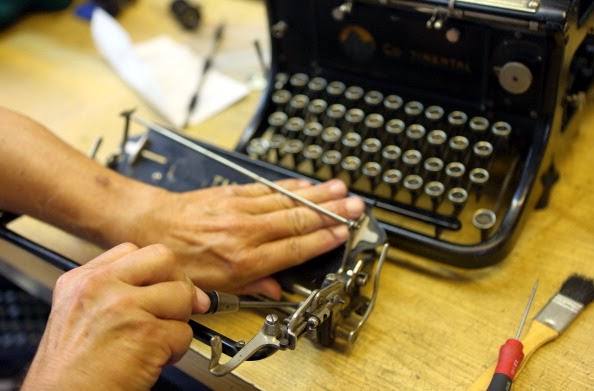 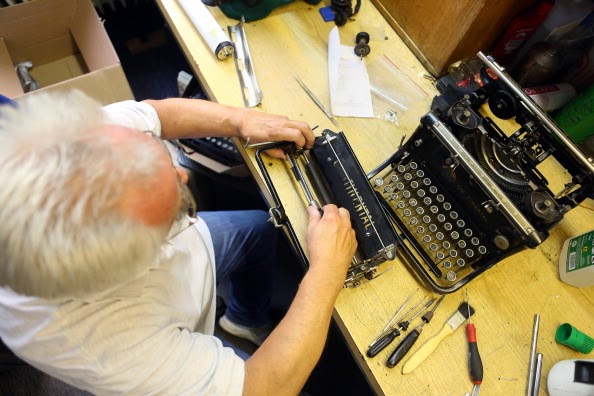 The images on this post are all from this store. 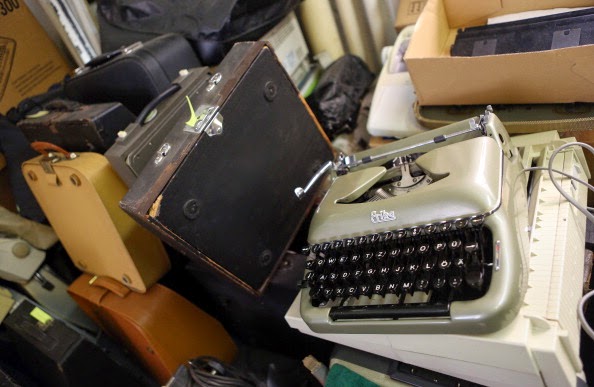 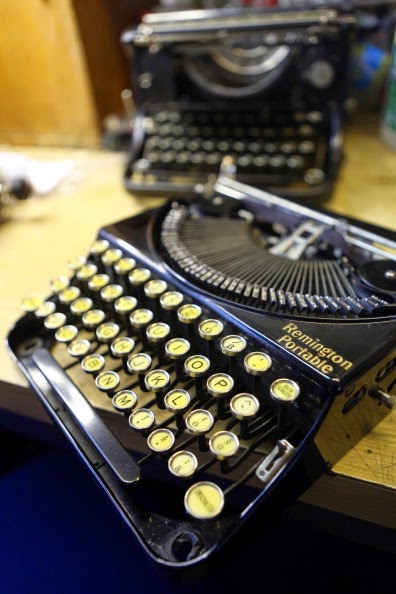 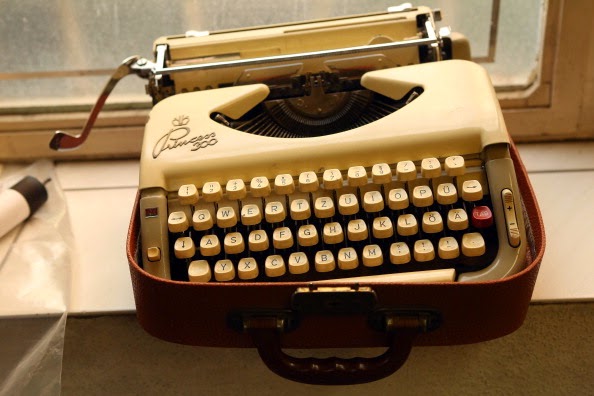 Olympia said the company expects to sell more typewriters this year than at any time in the past two decades. It said sales may double in 2014 over those of the previous year. Olympia spokesperson Andreas Fostiropoulis said, "We will certainly cross the 10,000 threshold." He added that he has had some orders from Russian partners. 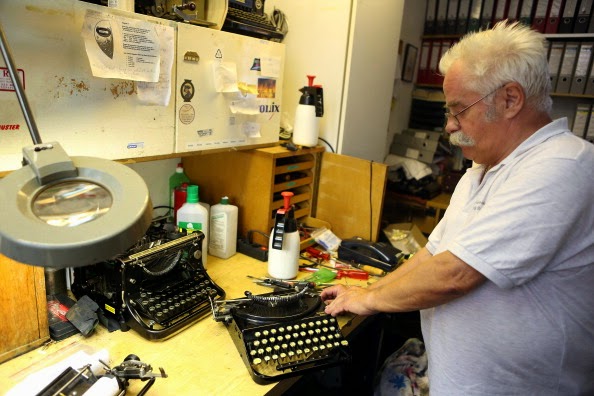 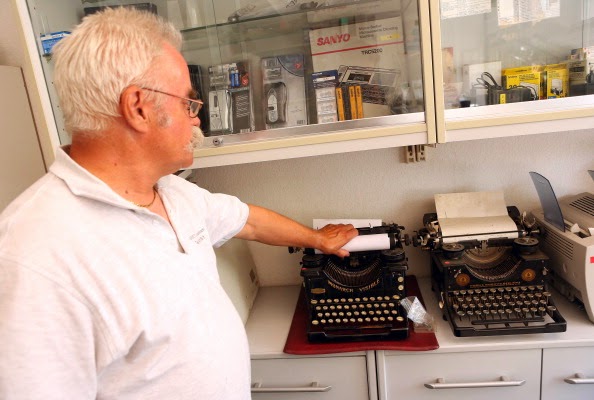 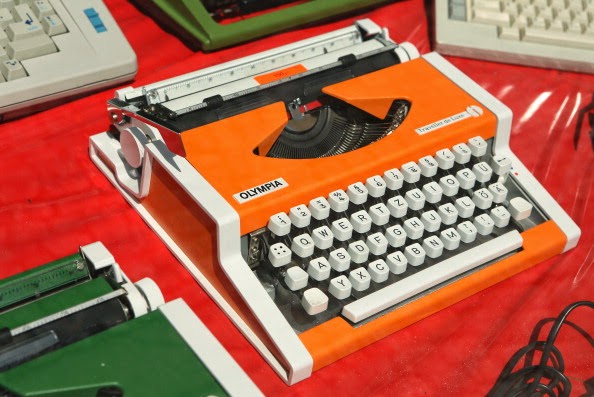 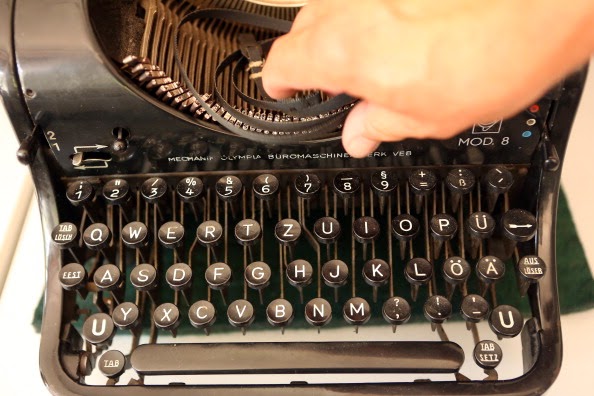 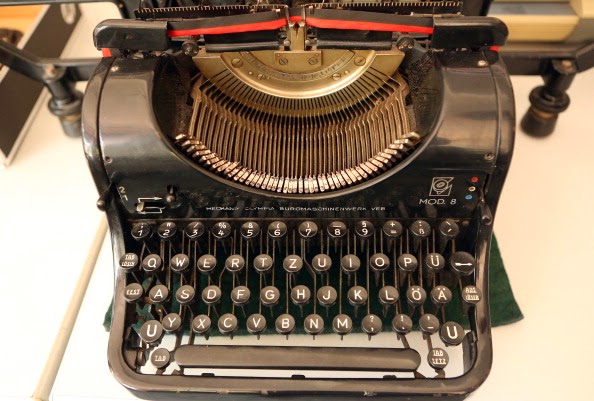 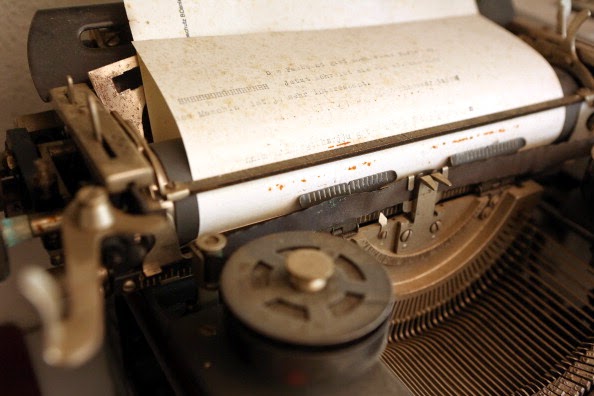 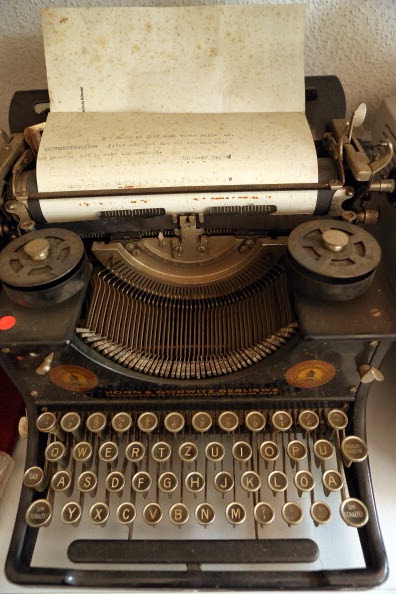 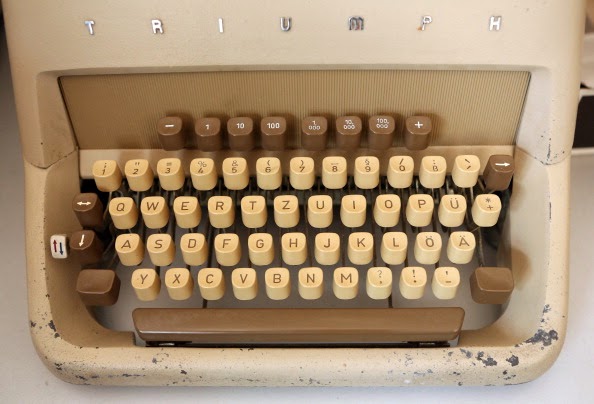 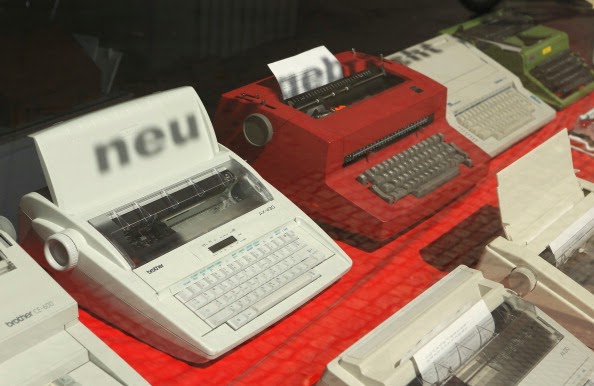 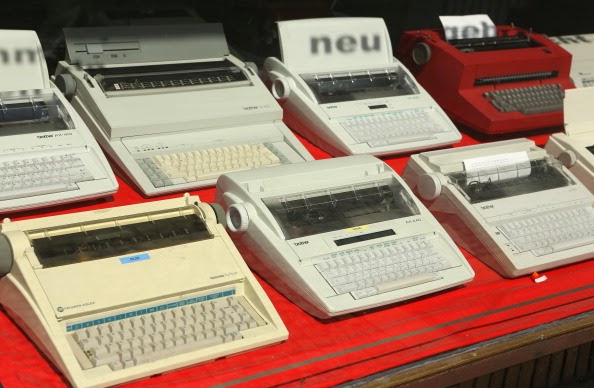 I often cringe while watching a professional typewriter repairman, their quick movements seeming to threaten scratching or chipping the paint. Same with Bernd, seemingly leaning the paper table against the front of that lovely Imperial. No doubt his dexterity is way better than mine. So I keep my bench carpet-covered, and even have a special "typewriter pillow" for upside-down work!

Is it possible that when films and novels are made about this time in history, we'll see more typewriters making an appearance?

It is quite ironic, that after all the money that was spent and made "perfecting" computers we're seeing one government after another go retro.

Oz, keep your eyes peeled. They just might put out an ad for the remaining old breed of typists and secretaries to become teachers once again.