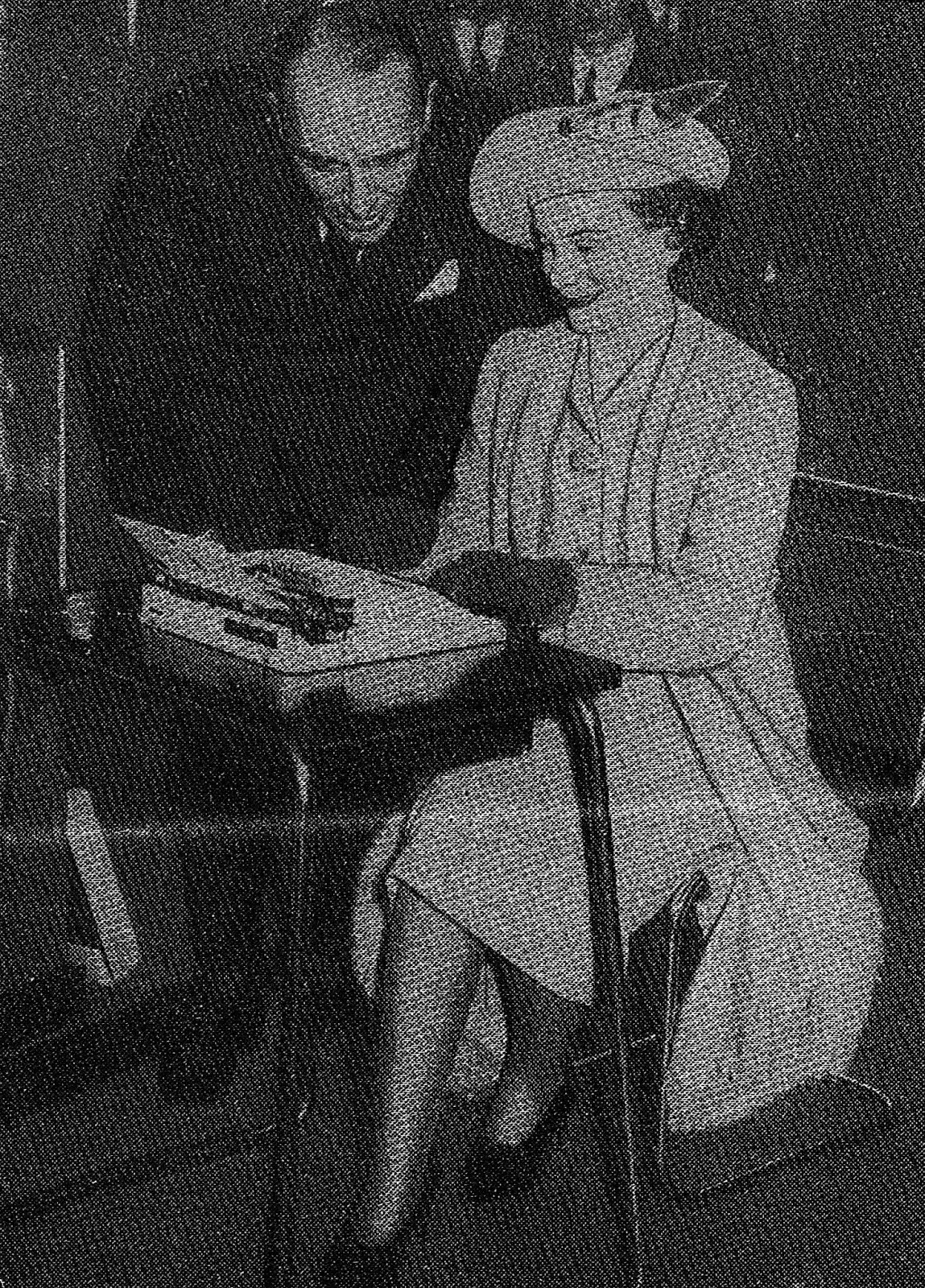 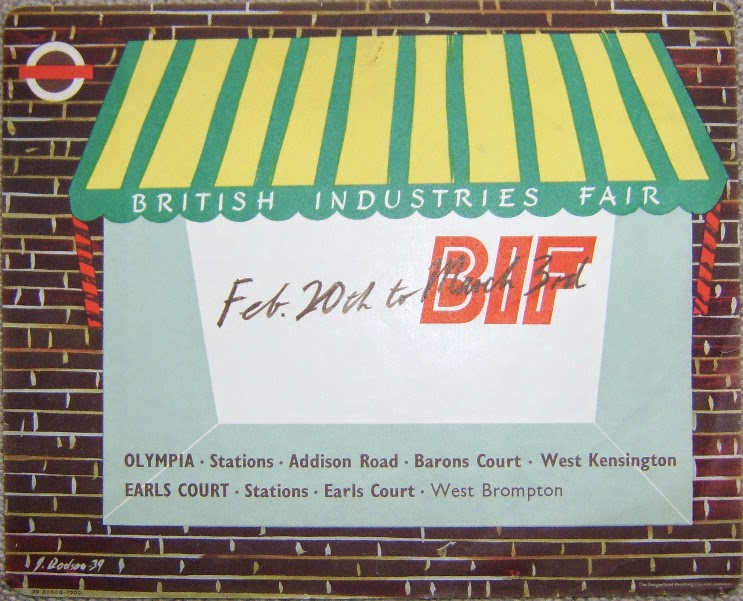 The caption for the photograph at the top of this post, which appeared in the Birmingham Mail under the heading "Royal Typist", said the Duchess was typing on "what is claimed to be the smallest and lightest typewriter in the world, its weight being only 8 1/4 pounds with case". 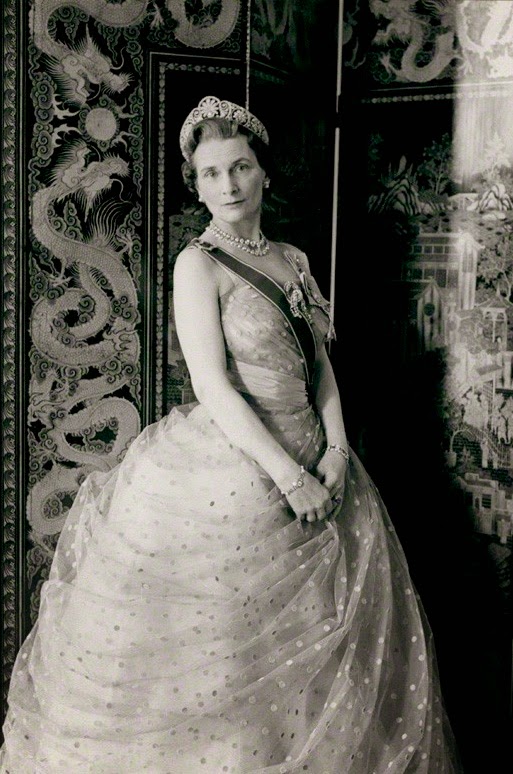 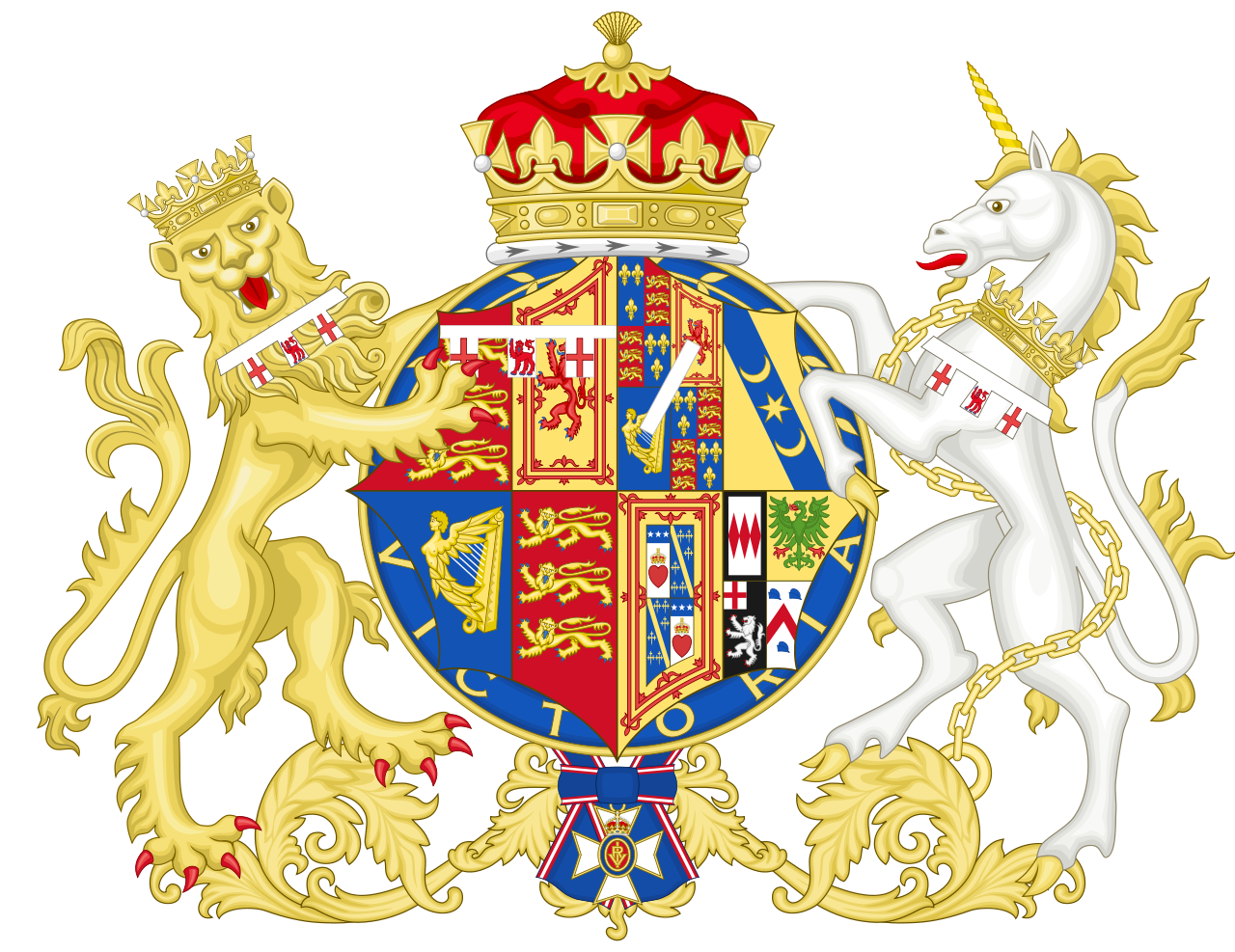 The Duchess (née Alice Christabel Montagu Douglas Scott; 1901-2004 - yes, she lived to be 102!) was the wife of Prince Henry, third son of George V and the typewriting Mary of Teck. She was an aunt to the present Queen (who had been her bridesmaid). From 1945-47, she lived in Canberra, while the Duke was Governor-General of Australia.  If she bought her Baby Empire here with her, it wouldn't have been the first to reach our shores.
The Baby Empire was first advertised (for a princely 12 guineas) in Australia in The Sydney Morning Herald on St Patrick's Day, March 17, 1939: 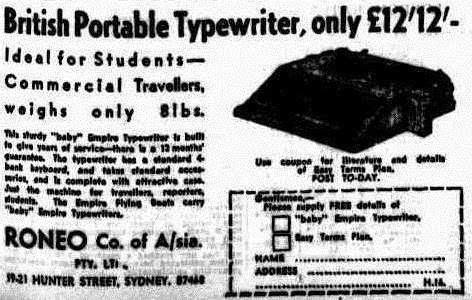 Posted by Robert Messenger at 08:15

Robert, you're a blogging machine! I just can't keep up with you! Now, if the Duchess had been typing on, say, a Royal Quiet Deluxe, then she really would have been a "Royal Typist!"

Keep it coming, Robert, there's a book in this!