Calvary and the Affectation of Typewriters

“Well, I only have a manual typewriter, so I’m not gonna see or hear what you’re doing.”
- M. Emmet Walsh to an interviewer
using electronic gadgetry

M. Emmet Walsh, as "The Writer", stands in front of his Royal Arrow portable typewriter as he talks to Father James Lavelle (Brendan Gleeson) in Calvary. 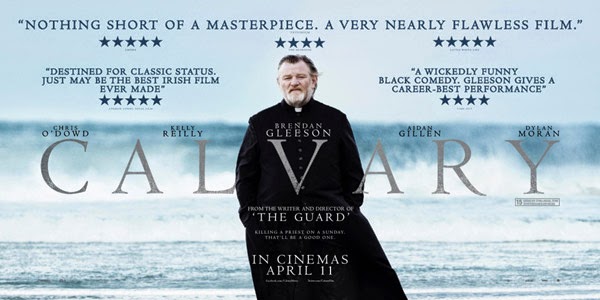 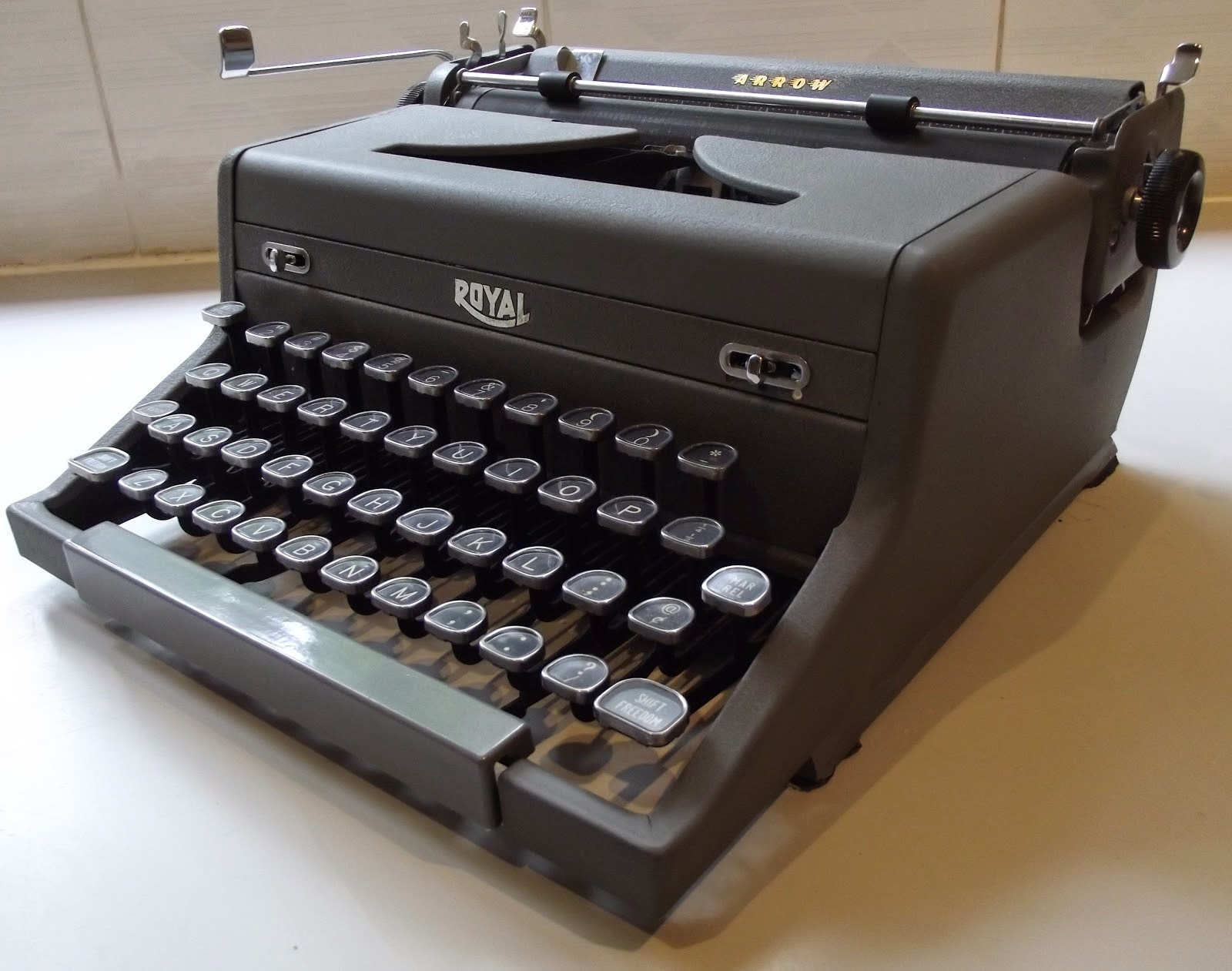 One night not so long ago, sitting in front of the TV and mindlessly flicking through the channels, I came across a gripping movie on the multicultural network SBS. I could see it starred the readily recognisable Don Cheadle (Hotel Rwanda) yet was clearly an Irish “filim” (as the Irish say). 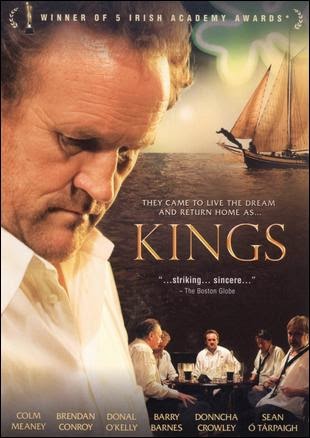 Having some months earlier, in very similar circumstances, stumbled across the astonishingly good bilingual (English-Irish) movie Kings (Colm Meaney) on the same channel, I was immediately drawn to this one. 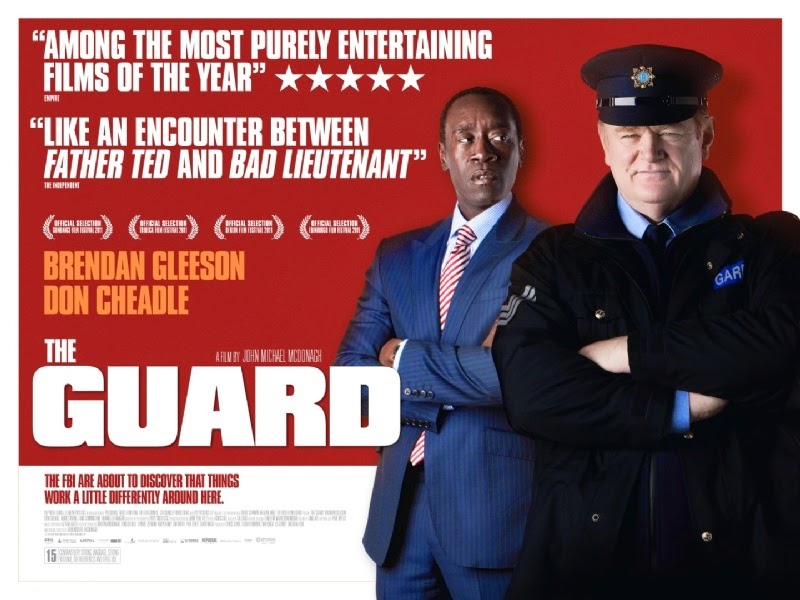 It soon became quite apparent that I had chanced upon another Irish award winner. The Guard  the title comes from the Irish police force,  An Garda Síochána) is set in the West of Ireland, an area with which I am unforgettably familiar and, alongside Cheadle, stars an exceptionally fine actor in Brendan Gleeson. It took me a little while to work out what was going on, but once I did I was utterly hooked. 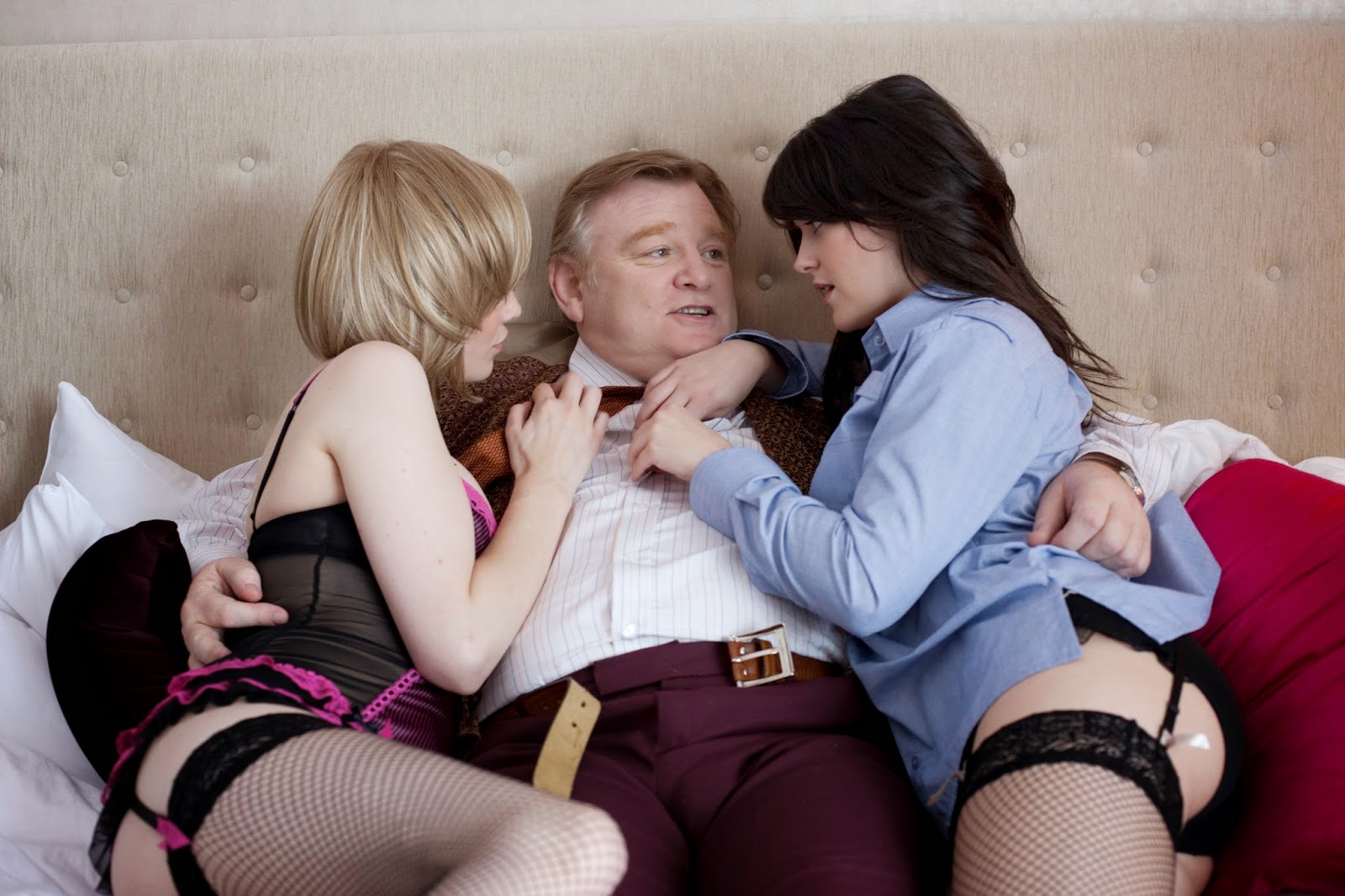 Brendan Gleeson as Sergeant Gerry Boyle with hired help in The Guard.
This movie was so good I naturally wondered why I had not heard of it before it reached a late-night TV time-filler status. But I guess that’s the case with far too many well-made, well-acted and extremely well-written films these days. Unless they are Hollywood blockbusters, unless they get heavily promoted by the cinema chains, they can pass on without so much as a brief review. 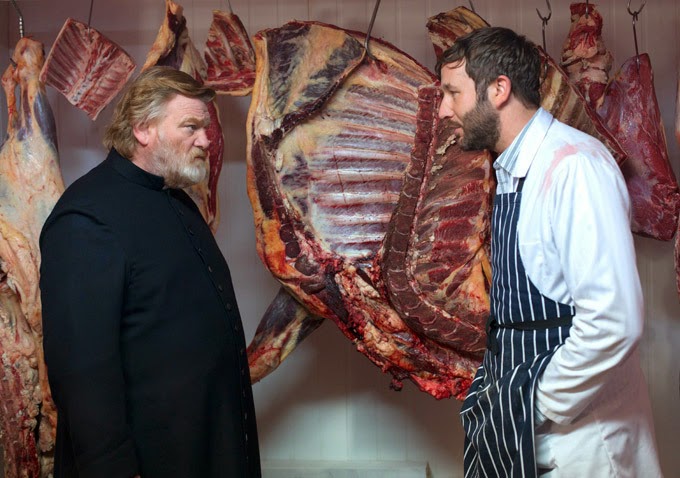 Brendan Gleeson and Chris O'Dowd in  Calvary.
I do take careful note of the movies recommended by Margaret Pomeranz and David Stratton on ABC TV’s At the Movies program. So when, a week or two ago, this pair each gave Calvary 4½ stars (and they are notoriously miserly with their ratings), I sat up and took very particular notice. 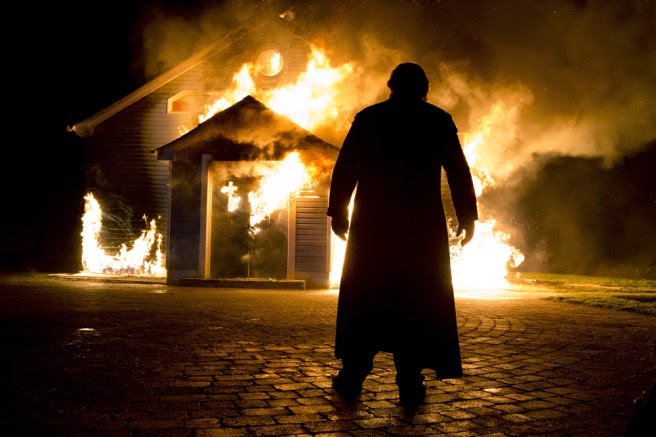 All the more so because Maggie and David revealed Calvary was the second part of a trilogy of films which started with The Guard. Indeed, it stars Gleeson and is also written and directed by John Michael McDonagh. Maggie said McDonagh’s trilogy is called The Glorified Suicide and will be completed by a movie set in London, with Gleeson yet again in the lead role. I can’t find reference to this elsewhere, but I’m happy to take Maggie’s word for it and am now waiting in keen anticipation of the third film. 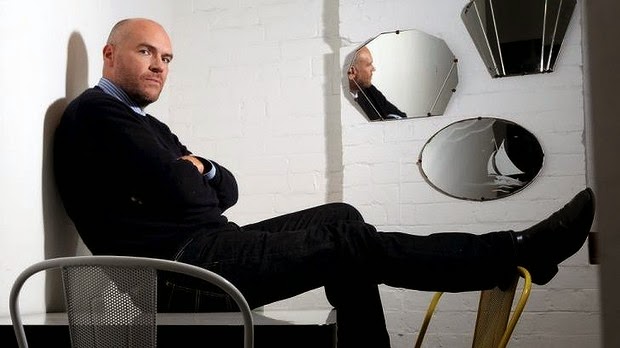 John Michael McDonagh
Armed with Maggie’s knowledge, and the ravings of my ex-editor Jack Waterford, who had seen the movie on a trip to Ireland and told me on Thursday it's "the best ever", I watched Calvary in a Manuka cinema last night, looking out for links with The Guard and hints to the trilogy title, The Glorified Suicide. 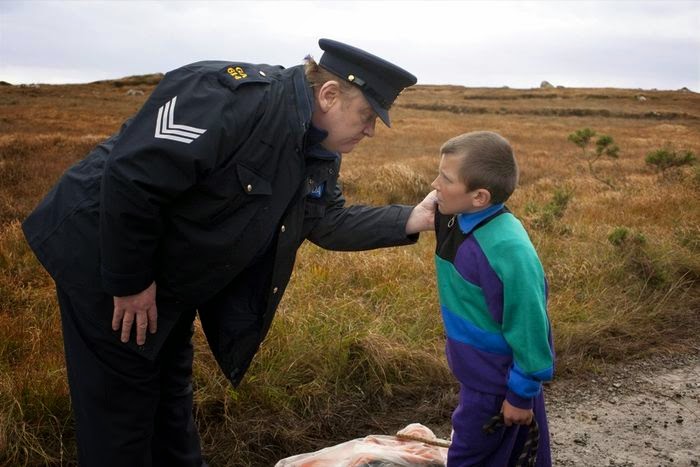 Mícheál Óg Lane, as Eugene Moloney, with Gleeson in The Guard. He plays another startling role as Mícheál in Calvary.
These are thoughts which have gone on through the night and on into this, the next day. The links were there, all right, quite apart from the setting and the lead actor. Ultimately, the trilogy theme may well be the courageous, upright walk toward certain death. Having been fortunate enough to see The Guard, I had heartily recommended Calvary to my friend Elizabeth, who had already heard many good things about it. When the credits rolled up, I turned to Elizabeth and asked, “Well, what did you think?” “It’s certainly thought-provoking,” she said. “I’ll have to go home and think about it for a long while.” 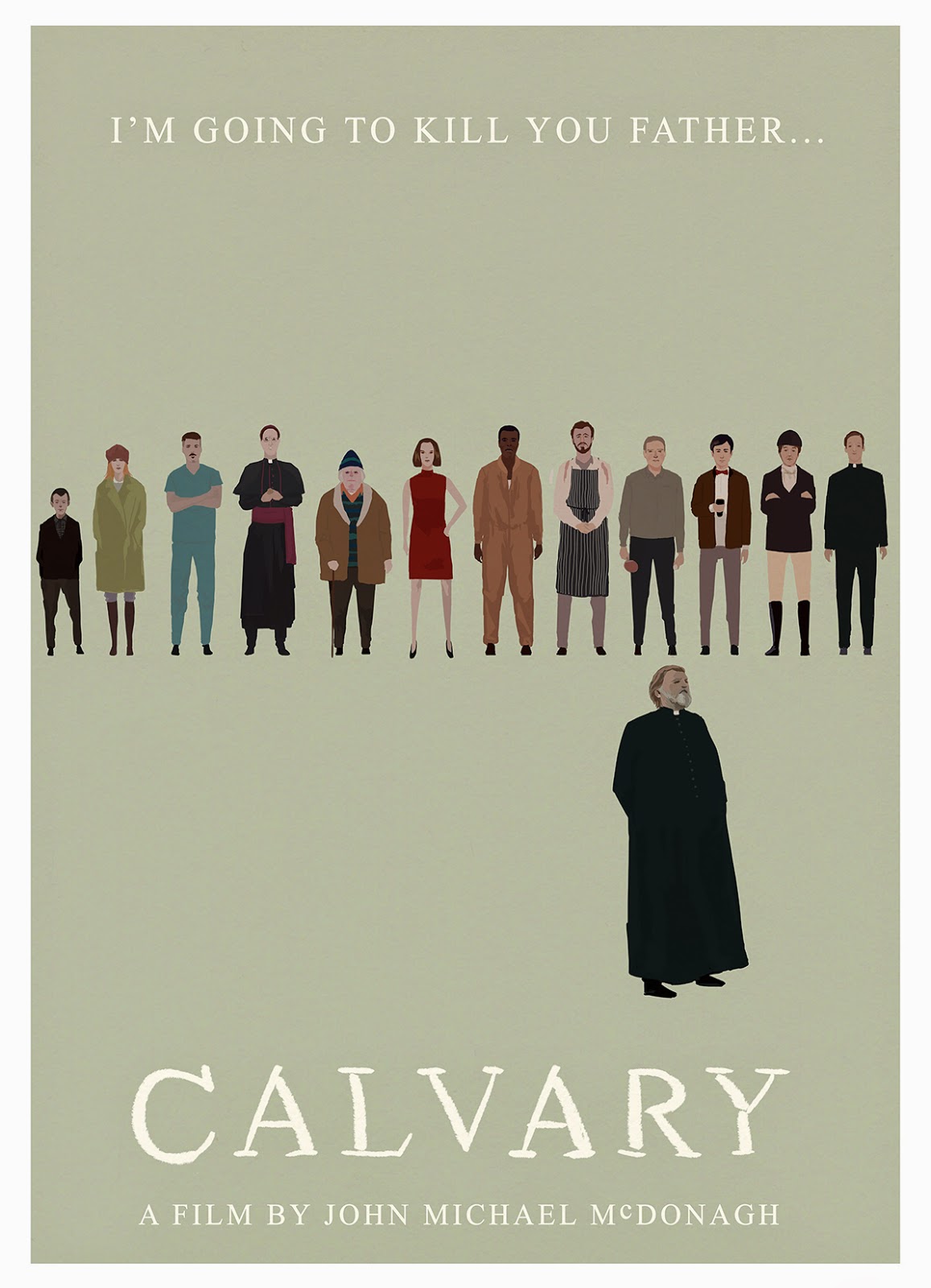 Our words were the only ones spoken in that packed cinema at the end of Calvary. I have seldom seen anything like it before, but the rest of the audience just sat there for several minutes in stunned silence. It’s that sort of movie. Stunning. And one that leaves the viewer trying to mull through the thoughts left swirling through their head. 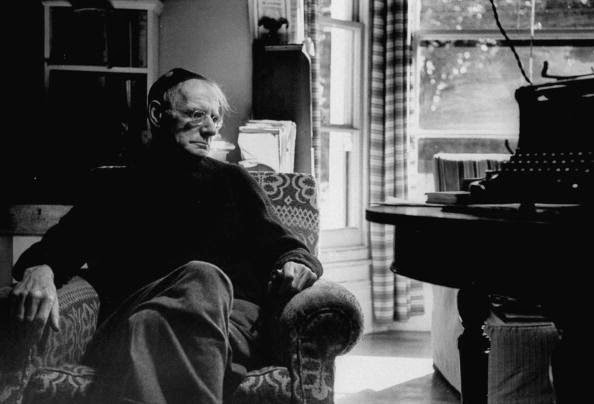 I had begun to greatly admire McDonagh’s writing before I saw Calvary. Now I’m beginning to think he is destined to join those Irish masters of the (play) written word, perhaps even up there with O’Casey (The Silver Tassie) and others. McDonagh’s view of contemporary Ireland is as bleak and damning as it is honest. In Calvary there seemed to me to be at least one rather amusing nod to John Millington Synge’s The Playboy of the Western World (written on a Blickensderfer 5). 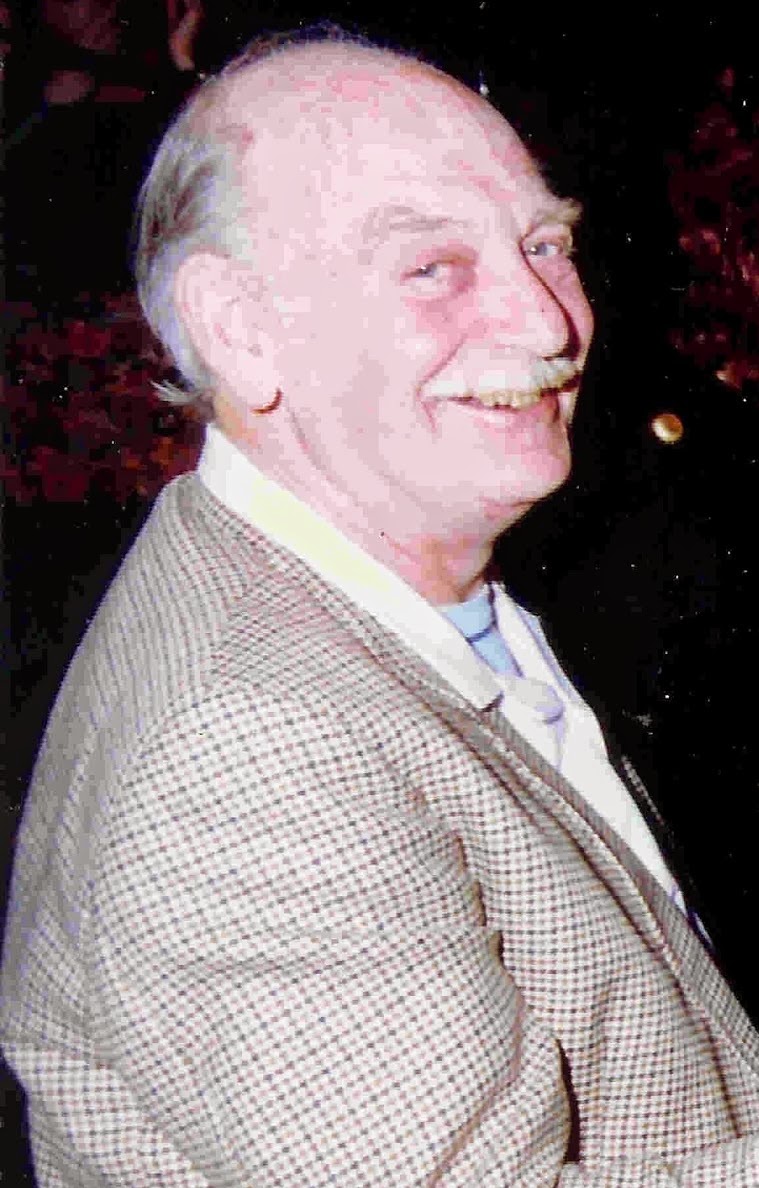 Maurie Carr, an expat writer in Sligo
One of the hundreds of thoughts I have had after seeing Calvary concerns whether McDonagh ever met my dear late friend Maurice Desmond Carr. Maurie, like the grizzled expatriate American “The Writer” (played by veteran US actor M.Emmet Walsh, using a Royal Arrow portable typewriter) left Australia in the mid-1980s to live in Sligo in the west of Ireland to write “the great Australian novel”. (The Gleeson character, Father James Lavelle, does refer to “The Writer” by his surname in Calvary, but I can’t now recall what it is.) Walsh’s character is just so like Maurie in almost every respect, including a fondness for Irish whiskey, it's spooky. 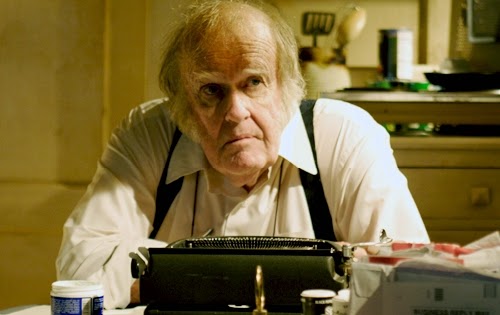 M. Emmet Walsh as veteran screenwriter Mickey Hopkins in Man in the Chair (2007) 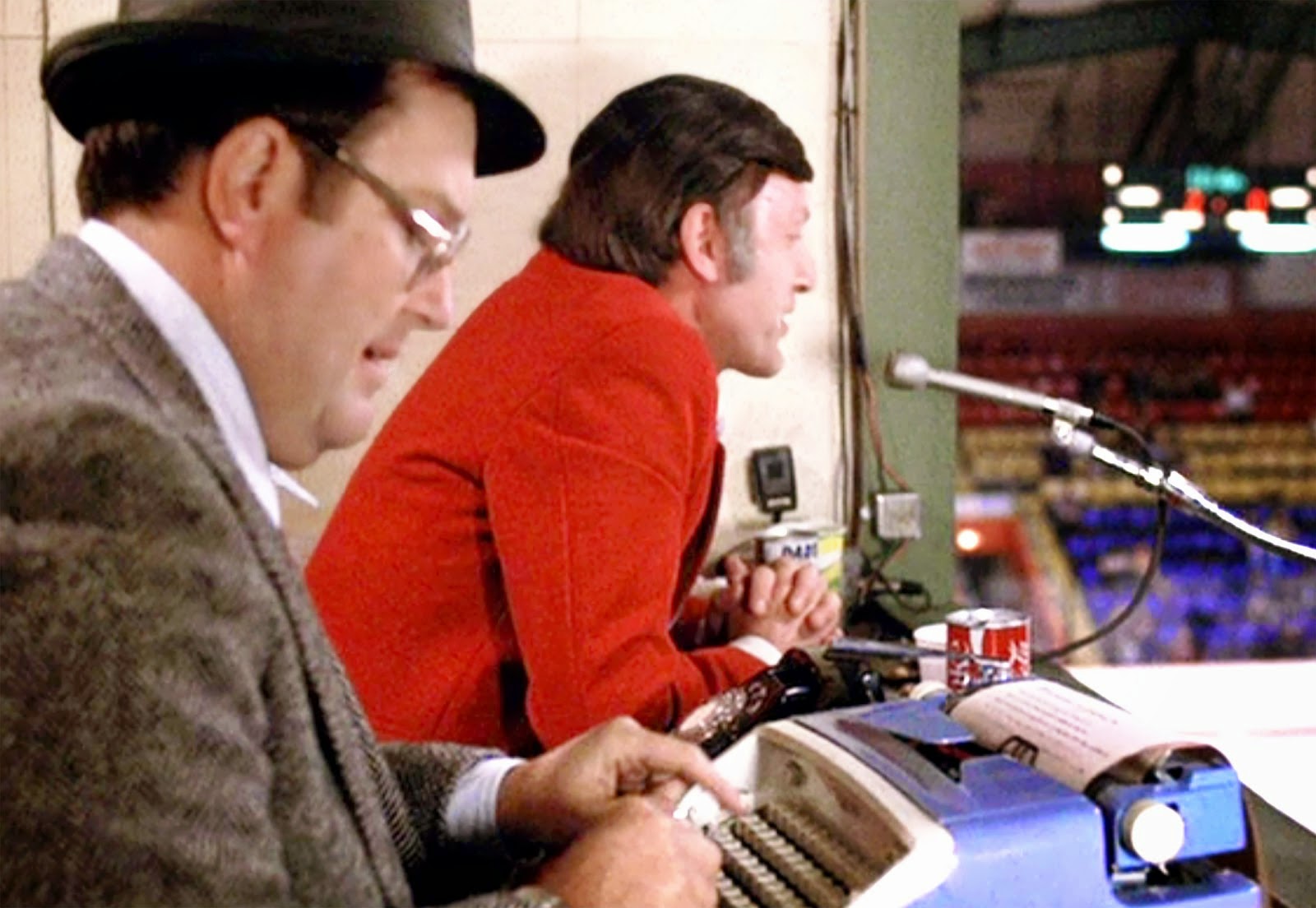 Walsh at another type of Royal portable typewriter, as sportswriter Dickie Dunn in Slap Shot (1977).
Father James describes The Writer’s use of a manual portable typewriter, presumably to write the great American novel in Sligo, as an “affectation”. To which The Writer replies that his whole life, drawing to an end as it is, has been an affectation. And Lavelle responds: “That sounds like one of those lines that are suppose to be witty, but don’t actually mean anything.” Calvary is apparently supposed to be witty, at least in some senses. It’s described as a black comedy. In this instance, the term “black comedy” has painfully reminded me of a certain clairvoyant in one of the darkest places in my own miserable life. Calvary is black, all right, “jet black”, according to one reviewer. Yes, it’s thoroughly black, with one of the blackest bits of “comedy” coming from Dylan Moran (famed for his role alongside Bill Bailey as Bernard Black in the brilliant Black Books) as a permanently pissed banker. 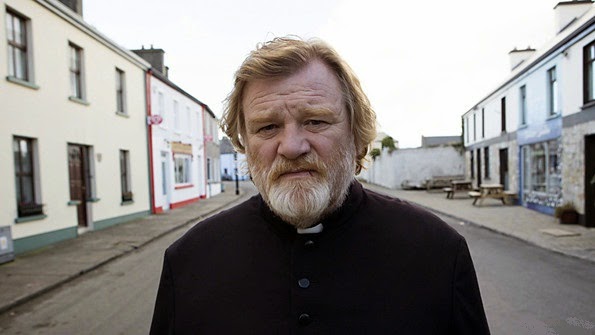 Superficially, Calvary is about the sexual abuse of children by Irish priests, and one “good” priest being told he must pay the price for the sins of others. It goes much deeper and broader than that. One review of Calvary suggested it tended to be weighed down by its own pretentiousness yet was superbly written and acted. I agree with only part of that, the latter part. 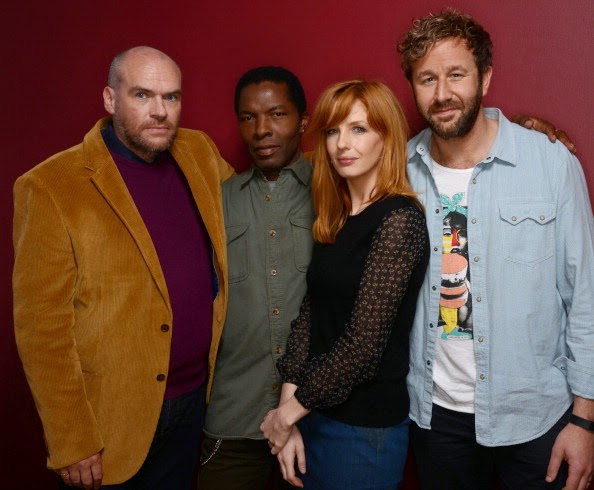 McDonagh, left, with cast members Isaach De Bankolé, Kelly Reilly and Chris O'Dowd.
The New Zealand Herald said Calvary is “not so much a whodunnit as a who'll-do-it” and that it’s “a series of loosely connected vignettes in which the priest's encounters with various parishioners - the Via Dolorosa leading to his Calvary - highlight various moral imponderables: God v Mammon, mortality, fate, infidelity, church politics and the global financial crisis all get a look in.” 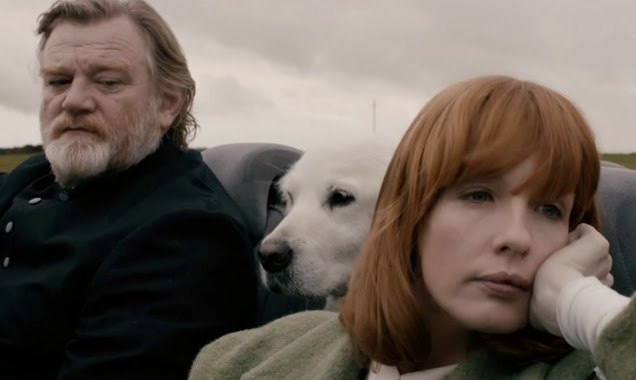 Having talked to Waterford at a close mutual friend’s funeral the day before, mortality was on my mind, too, when I saw Calvary. Like Father James, I have felt compelled this year to confront my own mortality. I do hope before I die, however, that I get the see the third-part of the inspired and inspiring McDonagh’s trilogy. That’s a movie I would recommend, even before it is made.
Posted by Robert Messenger at 14:24

Thanks for the great review. I now have another movie I must see. I do not get to the movies since moving to FL. All the local theaters are terrible and no room for MRs. who is handicapped. We watch at home when I get time.

I've not been to any movie since Platoon where the audience sat in silence (with many very teary) at the end. I doubt I heard more than a few very softly spoken words as the crowd left the theater too.

Thank you Bill. In case you get to it, I believe Calvary opens in the US next month.

thanks for the write-up; I did spot some notices for it, will have to investigate further.

All this is strongly my cup of tea! I saw The Guard and really enjoyed Gleeson's performance. I must see Calvary now too. Incidentally, The Double (directed by Richard Ayoade)is the last movie I saw at the cinema - and I'd thoroughly recommend that one if you haven't seen it!

That's a MUST SEE for me having seen The Guard and enjoyed Gleeson's performance immensely. Another good recent movie (if you haven't seen it) is The Double directed by Richard Ayoade. :)

(third attempt at posting comment!!) That's a MUST SEE for me having seen The Guard and enjoyed Gleeson's performance immensely. Another good recent movie (if you haven't seen it) is The Double directed by Richard Ayoade. :)

(fourth attempt at posting comment - keeps giving me a new captcha to type!!) That's a MUST SEE for me having seen The Guard and enjoyed Gleeson's performance immensely. Another good recent movie (if you haven't seen it) is The Double directed by Richard Ayoade. :)