Why Is This Man Smiling? 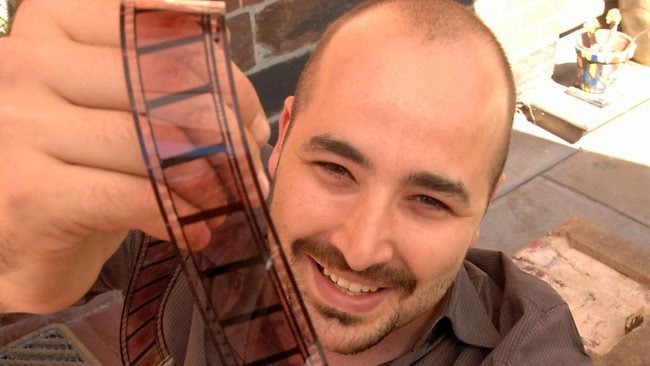 This very happy man is Anthony Maras, a well-to-do South Australian film director.
No wonder he is smiling. He has received three very nice typewriters from me. Plus, just for doing that, he has been given a $225 bonus by PayPal.
PayPal thinks it is going to get this $225 from me. It is very much mistaken. 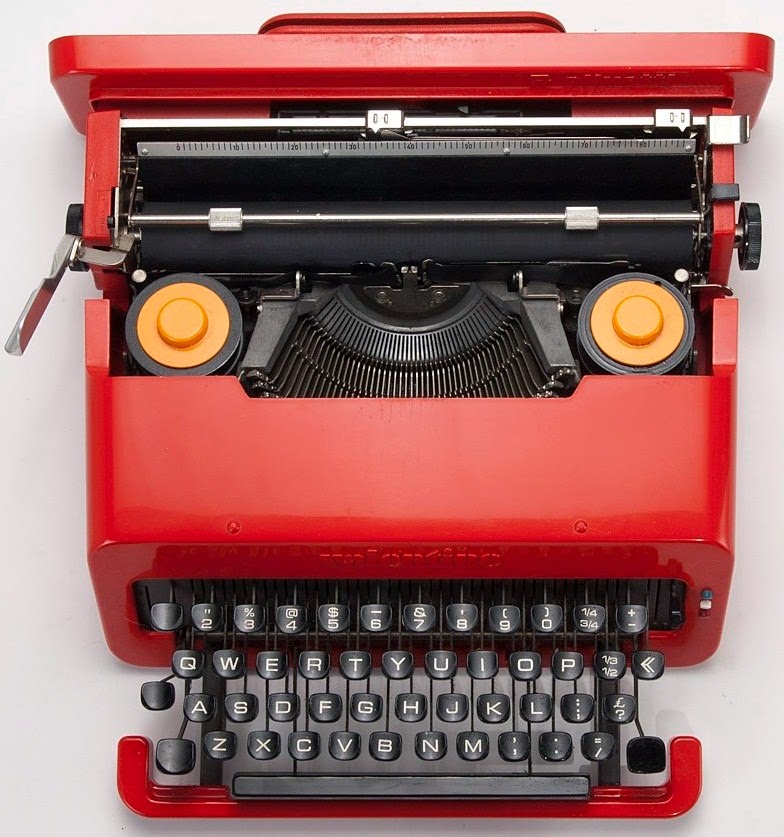 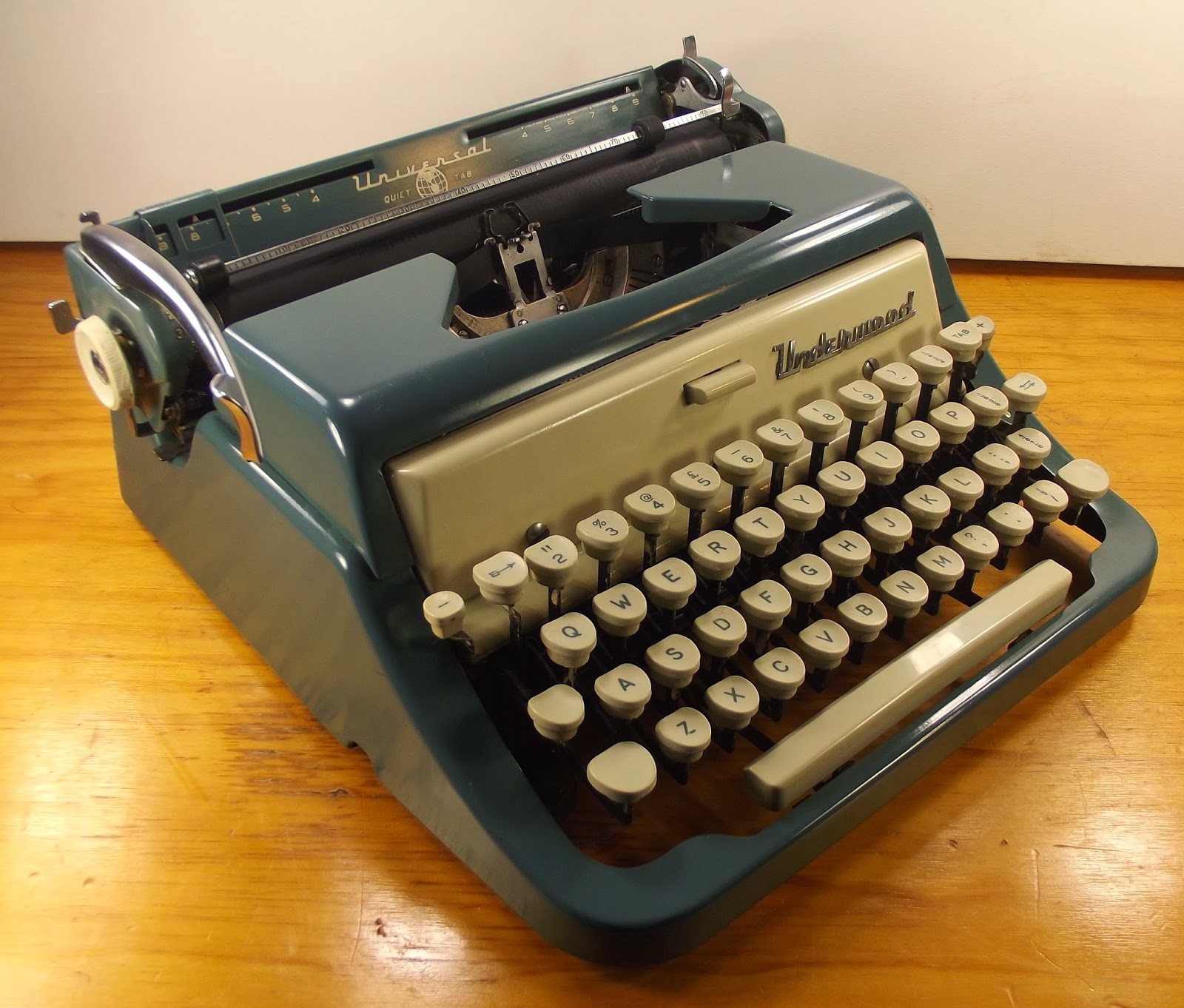 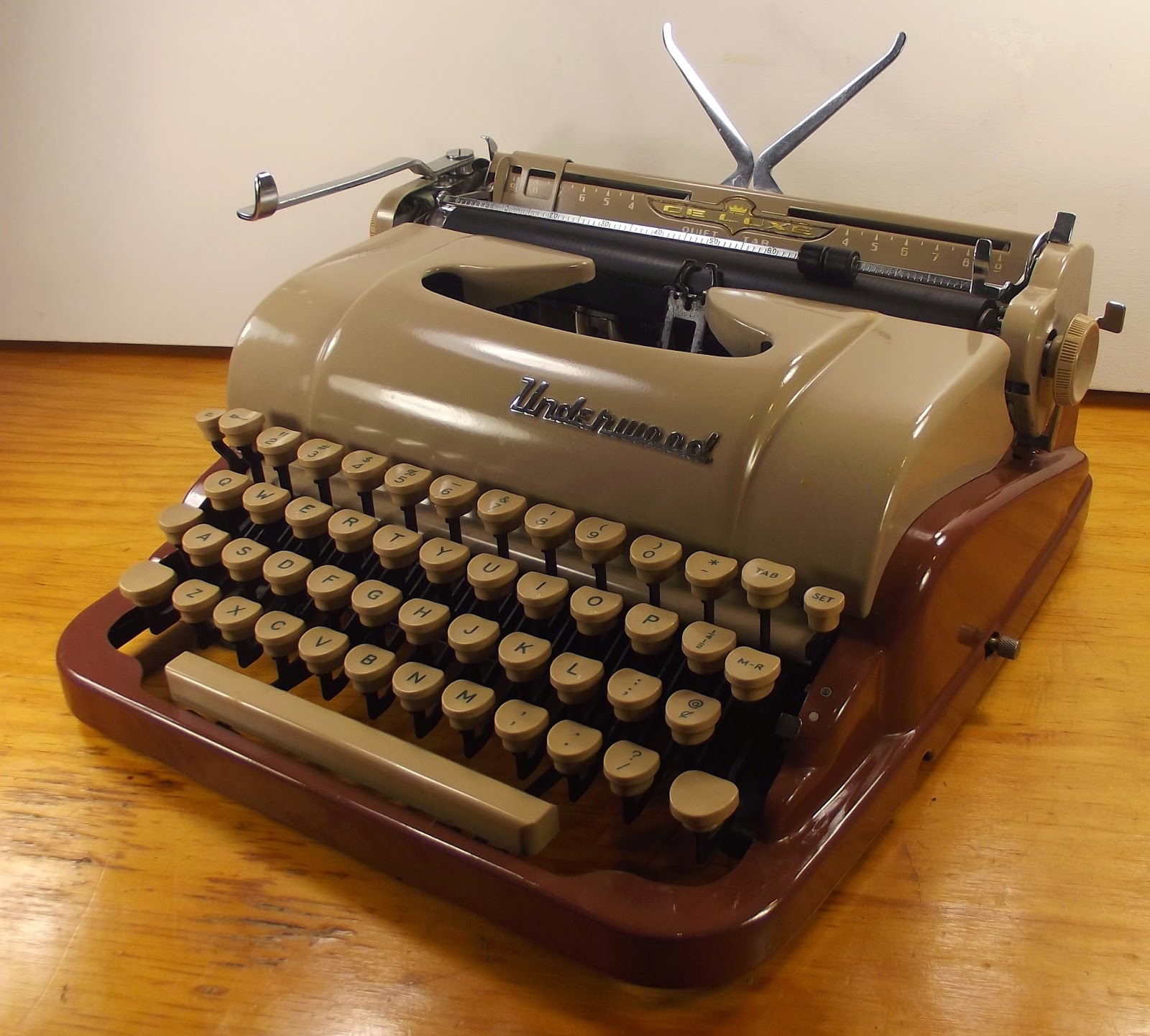 Perhaps if I got back my three typewriters - two Underwood portables and an Olivetti Valentine - I might consider paying PayPal the $225 it has given Maras.
But PayPal won't get one red cent from me until then. My bank has given me a water-tight guarantee that any attempt by PayPal to illegally prize the money from my account will be quickly stamped upon. It's called fraud, the bank assures me. I trust my bank. I don't trust PayPal. Who does? A necessary evil? Well, maybe not so necessary.
Seven months ago I was bombarded with text messages from Maras, pushing hard to buy typewriters from me.
I had a bad feeling about it. I didn't sell him any.
Then a month or so ago I listed 11 typewriters on eBay. I received eight very warm responses from buyers, delighted with their typewriters.
All 11 typewriters were serviced and tested the same way, packed the same way and sent the same way.
These sales brought my eBay feedback record to 590 positives. In 4 1/2 years, not one negative, not one neutral. 590 positives.
The latest feedbacks are: "Honest and reliable eBayer. Highly recommended. 5 Stars." "Very nice typewriter." "Perfect, thank you." "Brilliant machine, this seller is the best. Thank you!!!" "Wonderful item, excellent friendly service. The best!!!" "Very hard to find quality product and service like this."
Then came Maras.
Little did I know at the time of them selling, of course, but three of my typewriters went to this person - buying as "anthousefilms".
As soon as I realised who this was, I sensed trouble. My gut feeling was soon proved right.
First Maras emailed me, making spurious claims about the Underwoods and wanting to return the three typewriters and to receive a refund. As I mulled this over, he called.
He said there was a problem with one of the Underwoods typing and that he'd spoken to a repairmen, who wanted to be paid just to look at it.
I offered to pay for that to happen, and Maras replied, "Ah, so you're admitting there is a problem."
At that point the penny finally dropped. I'd called his bluff. But I'd already been well and truly set up. An elaborate, well-planned and well-executed sting. A get-square.
There is nothing wrong with any of the typewriters. But if I had paid for a repairmen to look at them, I would find that out. And Maras didn't want that to happen.
This was one of the points I made to PayPal when Maras opened a dispute. He claimed $225. PayPal arbitrarily helped itself to $350 from my account. Or so it said. I have long since known to keep $0.00 in my PayPal account. PayPal has a long, sorry record of not being trustworthy with other people's money, so I don't allow it the opportunity to get anywhere near any of mine.
I knew I was on a hiding to nothing arguing the point with PayPal. Sure enough, I was told last night I'd lost. Surprise, surprise! 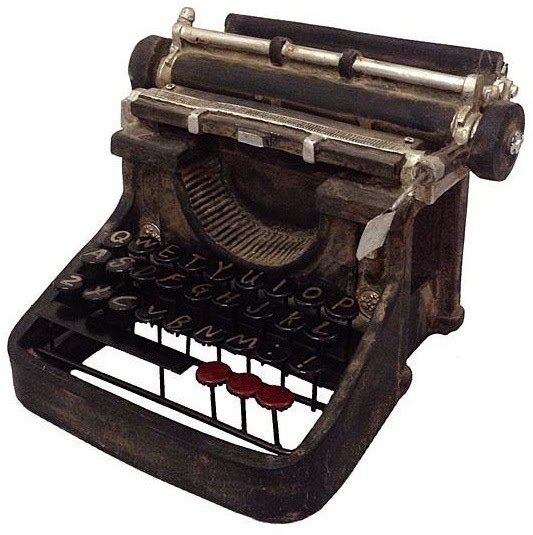 Imagine this in 100 pieces
Some time ago, I received a badly wrapped resin figurine typewriter smashed to bits. It was only $40, but I opened a dispute. PayPal insisted I re-wrap the bits and pieces and send them back to the seller. I did. That cost me $15. Then I got my $40 back. I was still $15 out of pocket. All because a seller couldn't properly package a resin figurine typewriter.
So I'm left wondering: How come Maras gets to keep my three typewriters plus gets a $225 bonus, allegedly from me?
So I send him three typewriters, plus $225? Tell me how that works, PayPal.
And while you're at it, I'd really love to know exactly what was the "careful consideration" you gave this dispute. Did you look at my eBay feedback record? Did you see the three typewriters in question? Did you test them? No? So it's his word against mine? OK. So on what grounds did you decide to believe him and not me? I'd dearly like to know.
Anyway, enough of all that. No more selling on eBay and no more using PayPal for me. It'll make my life difficult, but I'll have to find a way around it.
Selling typewriters is the only way I can supplement my pension. I get $900 a fortnight pension and pay $600 rent. That leaves $300 to live on each fortnight. Nowhere near enough. Until now, I've managed to get by through selling typewriters.
PayPal and Maras want to put an end to that. I wonder how proud of themselves they must feel?

Footnote: There is a cruel twist to all this. Some may recall I had recommended a repairmen to Ray Nickson to get his Underwood Noiseless 77 fixed, and the Underwood was wrecked by the repairman. It was Ray who met Maras in Adelaide last year and told Maras about my typewriters. Don't worry, Ray and I remain on the very best of terms.
Footnote 2: I guess you could call this the revenge of the Australian filmmakers. Late last year I won $120,000 damages in a defamation case against a Melbourne filmmaker, who wrote that I was a member of the Klu Klux Klan. Of course, I never saw a cent of the money. But I wonder ... do filmmakers in this country collaborate?
Posted by Robert Messenger at 00:09

Oh, I am sorry that some people are just scummy. I plan on thinning the herd and eBay does not seem a good place to do it.

Most of my eBay deals, both buying and selling typewriters, have gone well. Even when purchases arrived damaged by poor packing, the seller made good. Only one sale, out of about six, went bad. Buyer was one of those folks who seem to thrive on being dissatisfied. Wasn't it the Queen of Hearts who said, "I'm continually dissatisfied; I like it that way!"

That's shocking! What a crumb that guy is.

Sorry to hear about this, no one should suffer that. Paypal should have at least instructed him to send back the typewriters before issuing him with a refund. But that is what they do seem to always do, though: err on the side of the buyer.

If it were me, I would contact the non-emergency phone line of the local police to put in a fraud complaint because this sounds like small-time criminal activity that the authorities should be notified of. As well, I would maybe avoid naming and shaming the guy on this blog as this could cause more trouble than it's worth: like a libel or defamation suit.

I would then do a costing exercise about how much it's worth to deal with the devil* (*the devil being Paypal) and add up how much you stand to lose, dollar-wise, in the course of 6-12 months if you pay them off, and then do an exercise where you add up what you think you stand to gain, again purely dollar-wise. I would factor in the cost of dealing with at least one other jerk like this guy in this exercise.

You have got at by a creep and he has partially succeeded in causing you a bit of angst. The main thing is that he gets nothing more from you. It is quite obvious that it was a set-up in retribution. Maras needs a bit of a talking to.
I would volunteer to do that except my back is buggered.
I, too, find it hard to follow Ebay and Paypal policies. I recently was involved with a seller in Brisbane over a Rem Envoy of all things. She was disappointed with her selling price and told me that if I wanted the machine I would have to pay double or she would re-list it!
Ebay supported her! Crazy, huh?

Sorry Robert! I know you've heard my tale of being judged against by Ebay, even though the seller was wrong! So, I'm on your side. In the US, I'd file a complaint in Small Claims Court - you may not win, but at least there's a judgement against the guilty party. Good luck!!
By the way, just got my first Underwood Deluxe Quiet Tab, circa 1953. Cool looking machine -the american 1950's car- chrome and two tone paint look! Also very nice typer - too bad Underwood wasn't going to be around in ten years