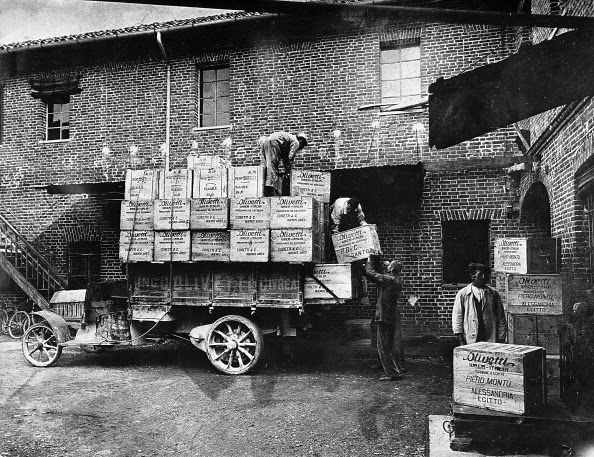 In the past week the world has been marking the centenary of "The shot that was heard around the world". On June 28, 1914, Archduke Franz Ferdinand of Austria and his wife Sophie, Duchess of Hohenberg, were shot dead in Sarajevo by Gavrilo Princip. The assassination led directly to World War I. During the next four years, 37 million deaths followed. 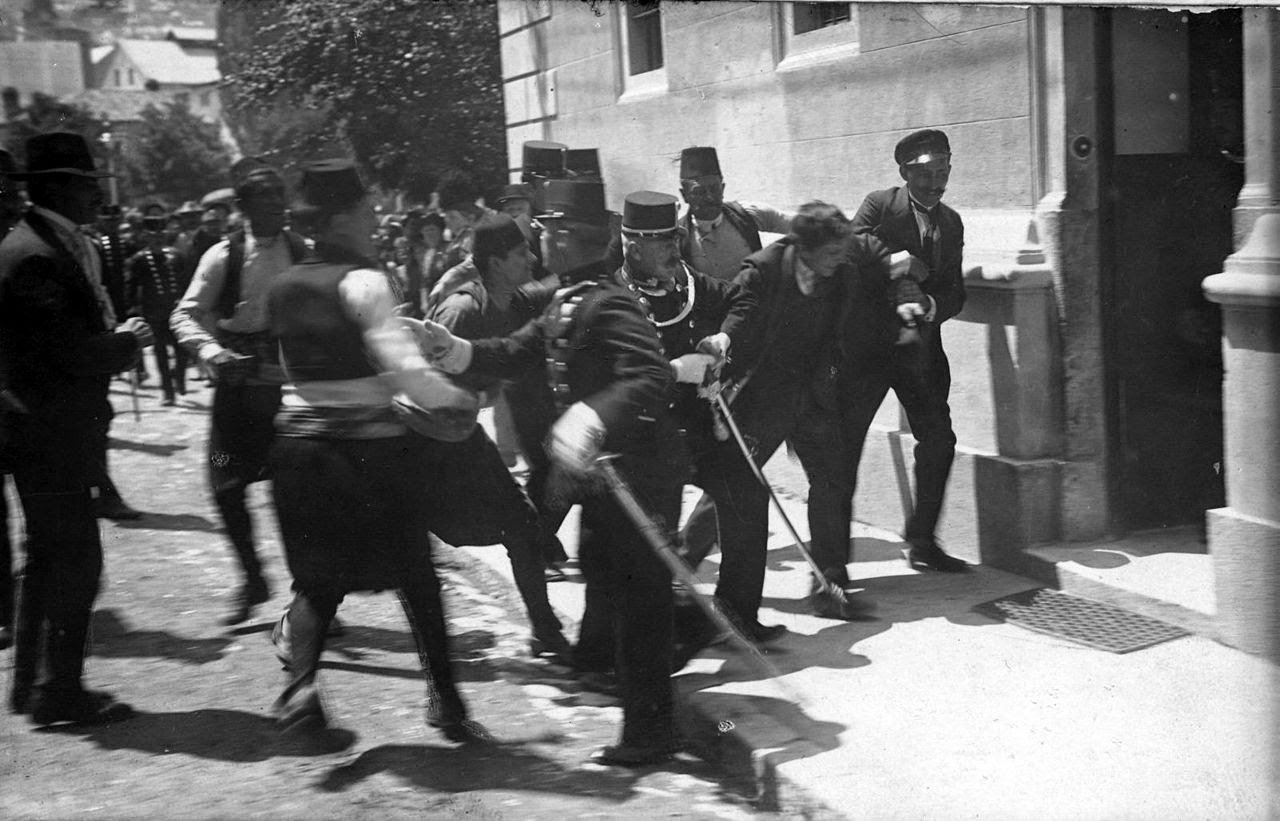 Naturally, I was wondering what was happening in the typewriter world when this far-reaching event occurred. Then I remembered that a short while before these shootings that changed the world, the wonderful photograph at the top of this post was taken 710 miles due west, at Olivetti's factory in Ivrea, Italy. (By the way, the one in the front right is headed for Alexandria, Egypt [Egitto].)
At the start of hostilities, Italy refused to commit troops. The Austro-Hungarian government began negotiations to secure Italian neutrality, offering the French colony of Tunisia in return. The Allies made a counter-offer in which Italy would receive the Southern Tyrol, Austrian Littoral and territory on the Dalmatian coast after the defeat of Austria-Hungary. This was formalised by the Treaty of London. Further encouraged by the Allied invasion of Turkey in April 1915, Italy joined the Triple Entente and declared war on Austria-Hungary in May. Fifteen months later, Italy declared war on Germany.
Olivetti obviously didn't suffer too badly in the immediate aftermath of the assassinations. This was the size of the staff in 1921 - white-bearded Camillo Olivetti is in the centre of the front row. Care to count 'em all? 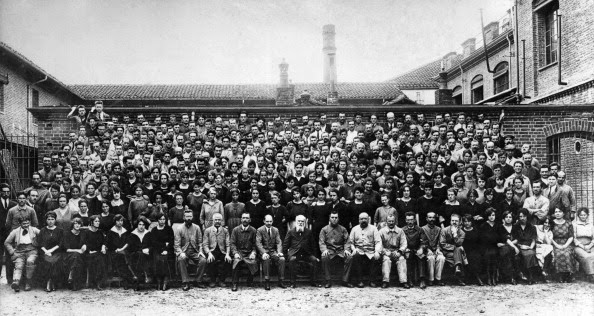 1915 advert
The war certainly brought many more women into the work forces, as these images from 1915 and 1916 (British Railways) show: 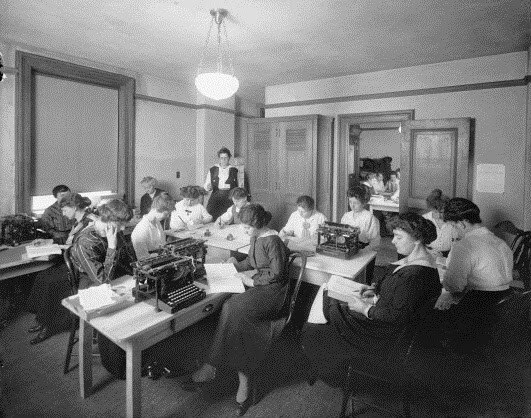 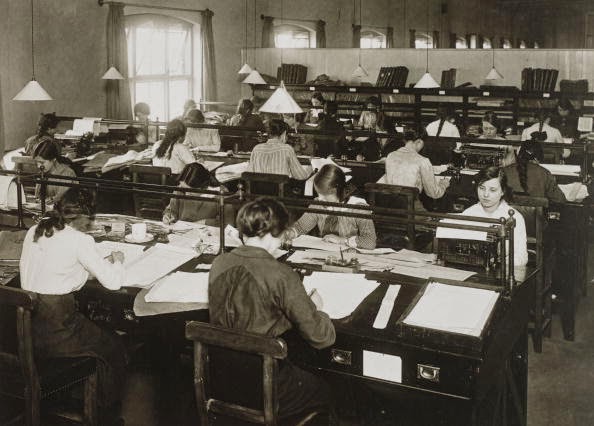 Then, of course, there was the deadly Spanish Flu: 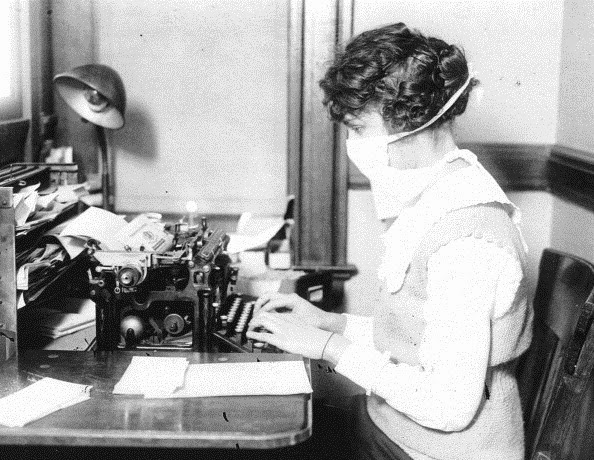 Posted by Robert Messenger at 17:26

I thought it was only recently with some of the strange diseases in China that people started wearing face masks. Seems the trend started about 1915.

An aunt and uncle (father's brother and sister, twins) that i never met died in that epidemic. BTw, I count approximately 250 Olivetti employees give 25 across and ten rows.