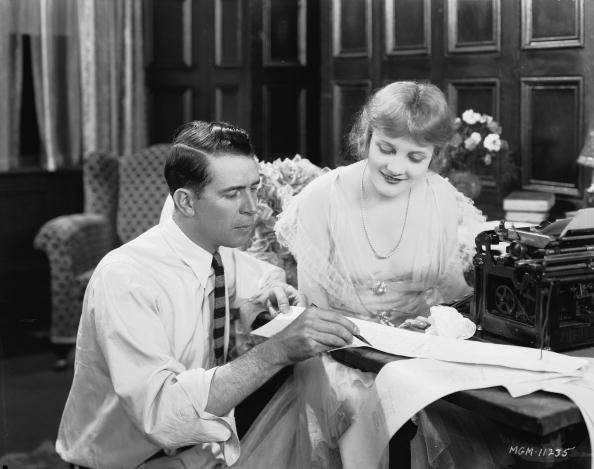 Director Monta Bell with his star Jeanne Eagels during the filming of Man, Woman and Sin in 1927. 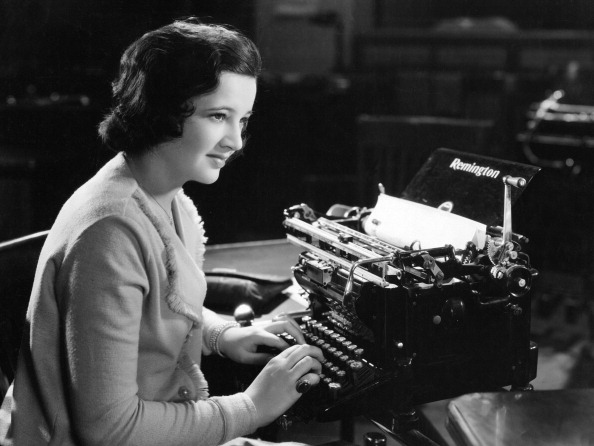 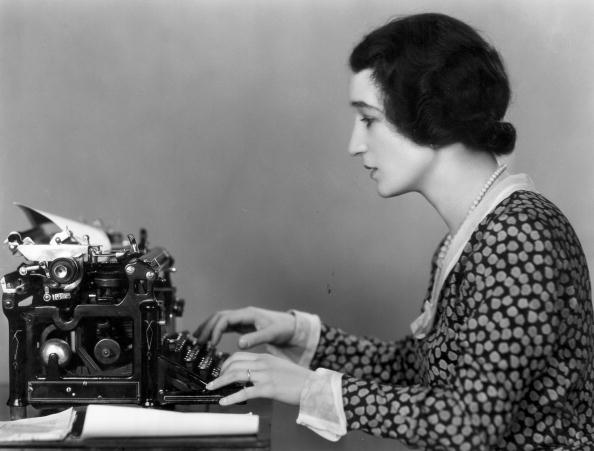 Stage actress Leonora Bonda in The Churchmouse at the Playhouse Theatre in London in 1931. 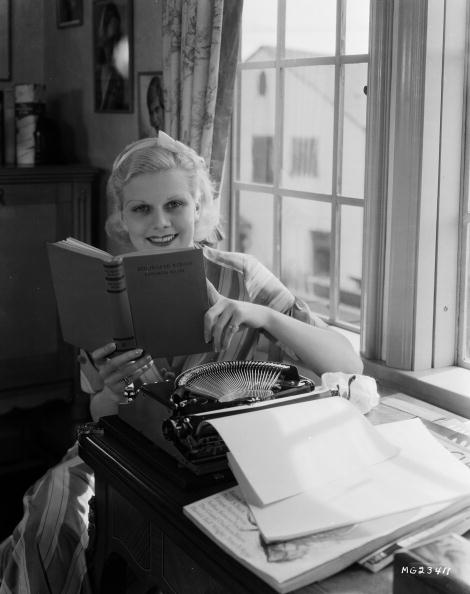 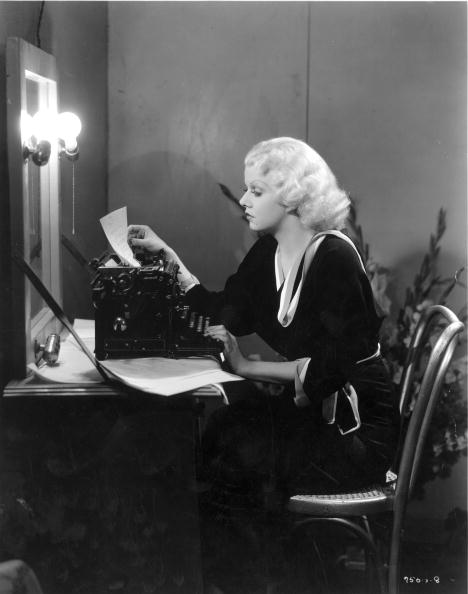 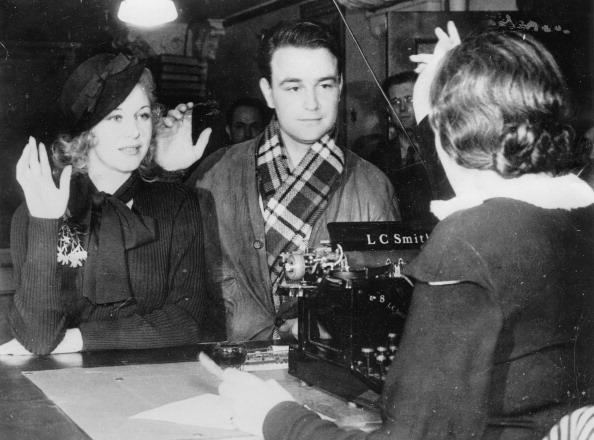 The wedding of Ginger Rogers and Lew Ayres in 1934. 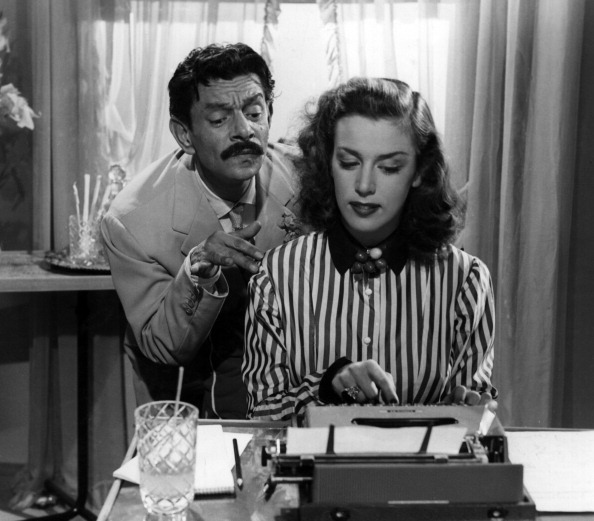 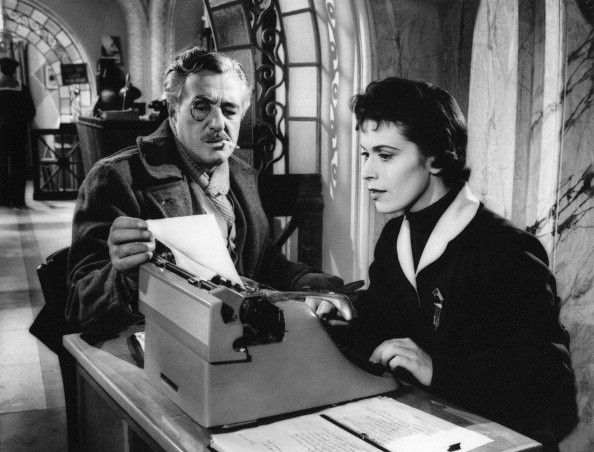 Italian actor and director Vittorio De Sica and Franca Valeri in The Sign of Venus in 1955. 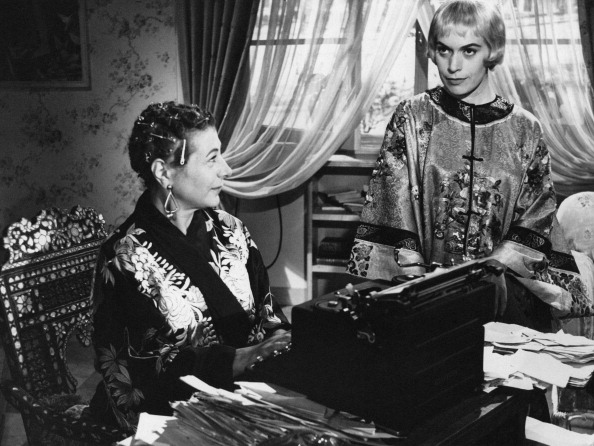 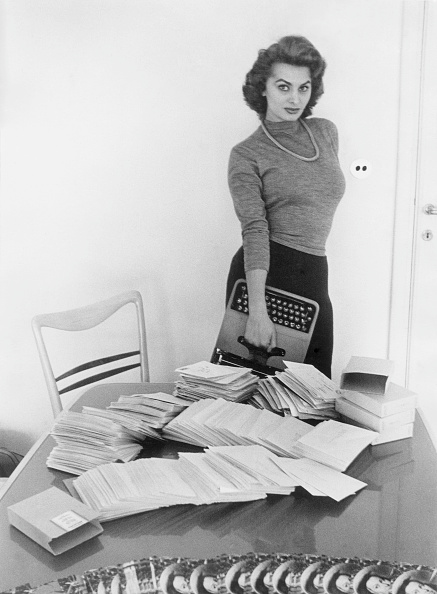 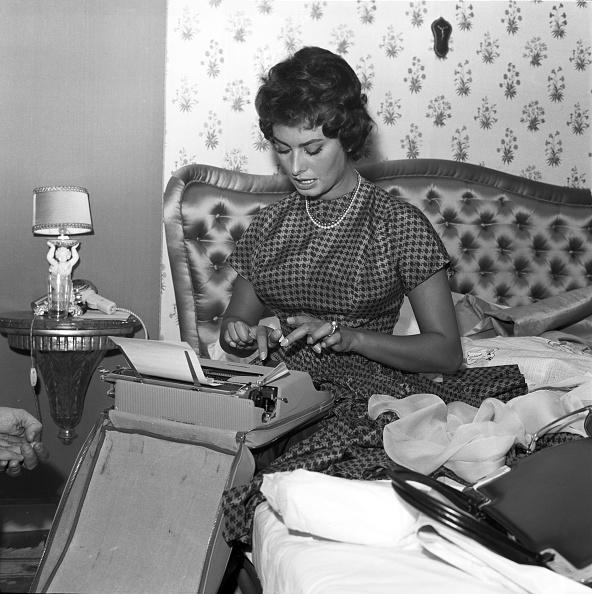 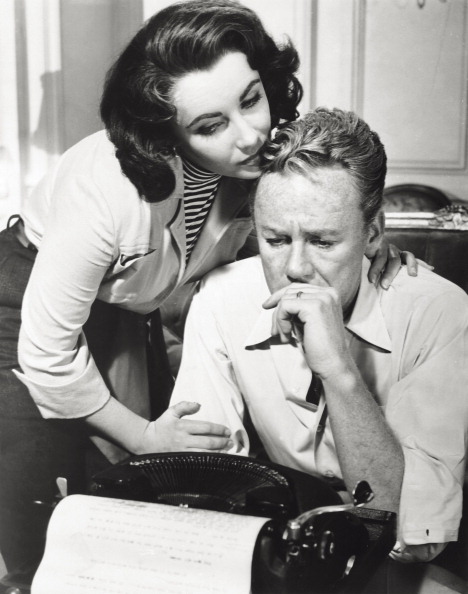 Van Johnson and Elizabeth Taylor in The Last Time I Saw Paris in 1954. 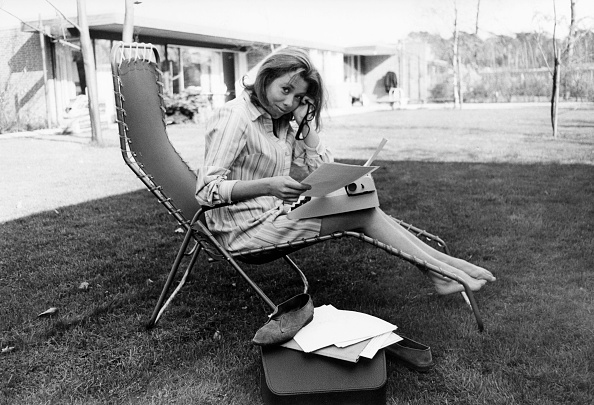 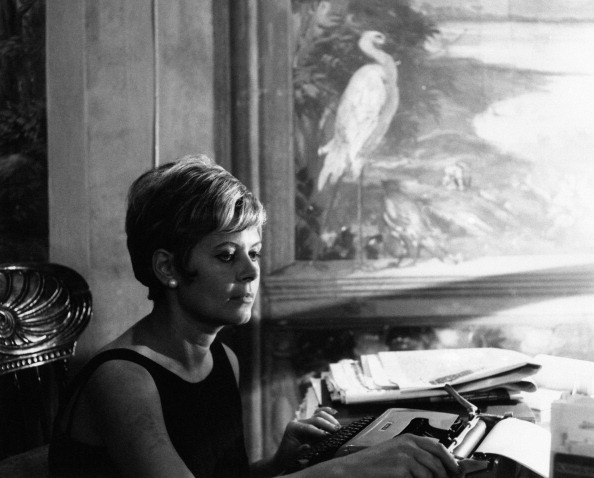 Italian actress and journalist Lianella Carell in  Rome in 1963. 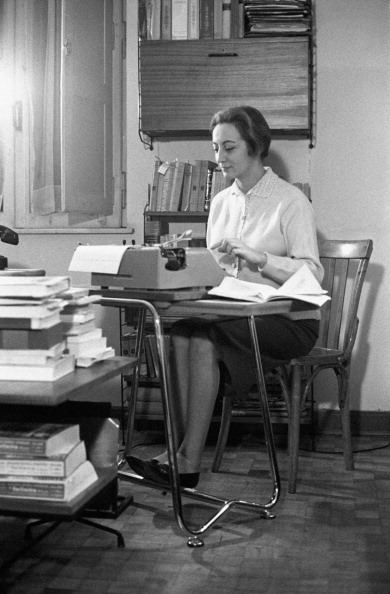 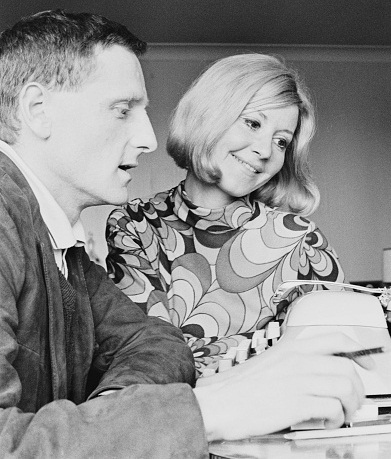 English novelist and playwright Barry England with his wife, actress Diane Clare in 1968. 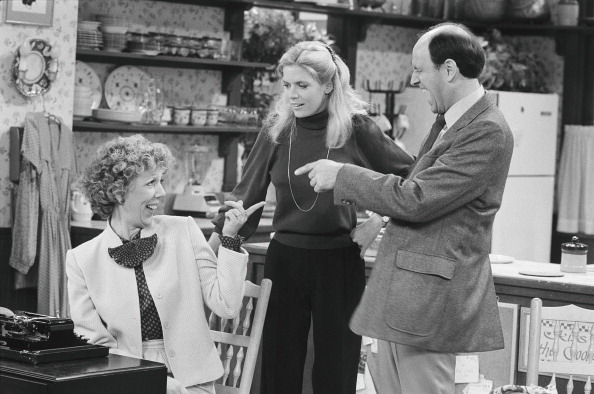 Family Ties starred, from left, Brooke Alderson, Meredith Baxter and Terry Wills in this 1983 episode.
Posted by Robert Messenger at 09:23

I do not know which are prettier, the actresses or the typewriters.
What is the long lever on Arlene Judge's typewriter? A paper feed?

I do not know which is prettier, the actresses or the typewriters. Just teasing.
What is the long lever on Arlene Judge's typewriter. A paper feed?

That is indeed an odd typewriter Arlene Judge is using. Some sort of accounting machine.