Given Canberra was once the typewriter capital of the Southern Hemisphere, that there are so few typewriters to be seen at its various national institutions is a disgrace. Friends keep telling me, "There's a typewriter here" or "There's a typewriter there", and from time to time I check out what's been added to exhibits. But it's generally a disappointment. Last week's catch-up tour of the city was no exception.
At the National Museum's "Home Front" exhibition, this was the one measly offering: 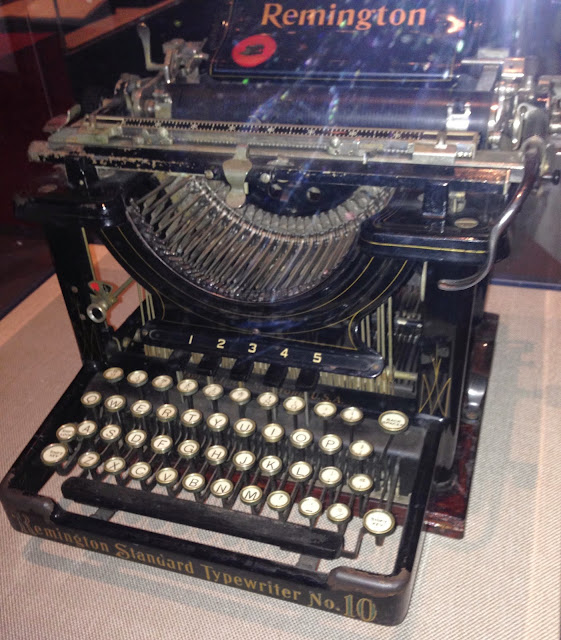 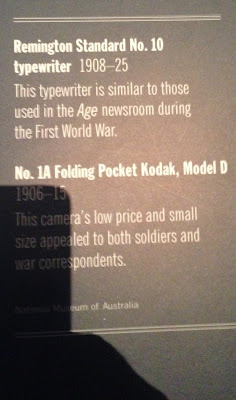 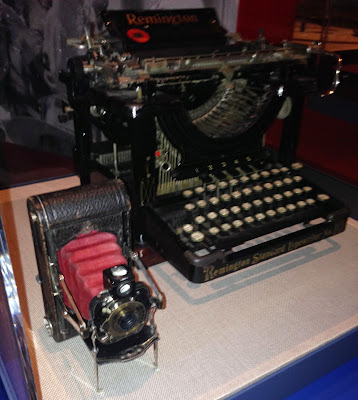 Someone texted me and suggested I should see the Smith-Corona at the National Library. Imagine my let-down when this is what I found: 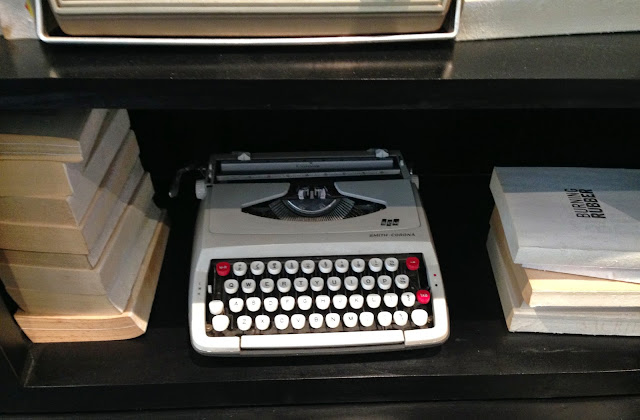 If this is the best our National Library has to offer, representing the machine which probably produced more than 85 per cent of the works in the library, then we are in a bad way.
Needing a bit of uplifting, I made my way across the road to Old Parliament House. 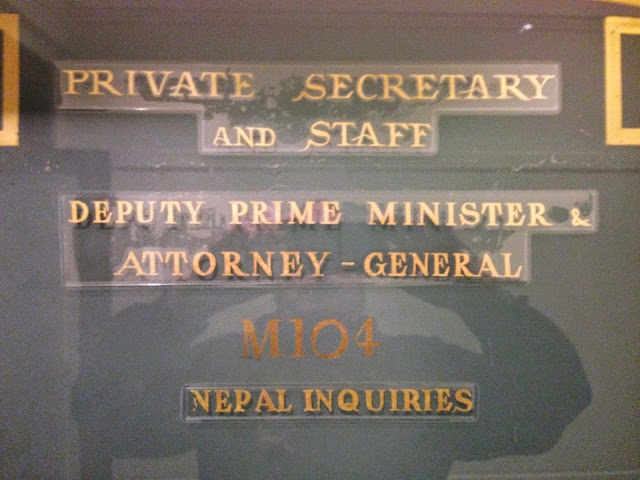 Other than typewriters, one thing I always show visitors when I give them the "Typewriter Tour of Canberra" is this door at Old Parliament House. I've been visiting and writing about Old Parliament House for more than 15 years, yet no one has yet been able to tell me why "Nepal Inquiries" is on the door of room M104. I hasten to add it has nothing to do with the devastation visited on Nepal in the past few weeks. It's been there a very long time.  And it remains a mystery. 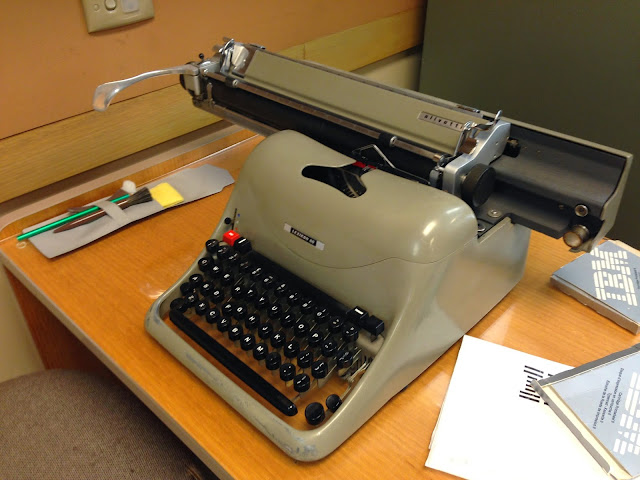 Old Parliament House is invariably the high point of the "Typewriter Tour of Canberra" and occasionally there are additions to the Prime Minister's Suite or Press Gallery. But I was annoyed to see this Olivetti Lexikon 80 the way it is, with the carriage jammed to the far left. I tried to lean over the restraining rope to straighten the carriage up, but to no avail. 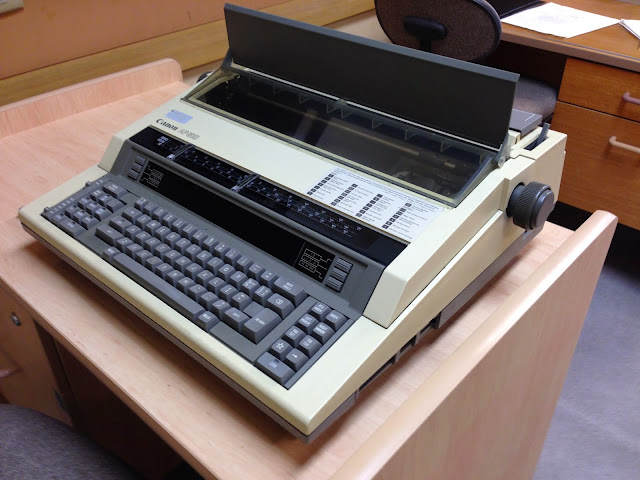 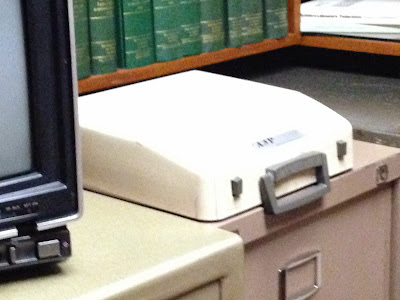 This is an Australian Associated Press cast-off - an Adler perhaps?
The PM's Suite is also good fun for "typewriter spotting" and has had an influx of IMB Selectrics from somewhere: 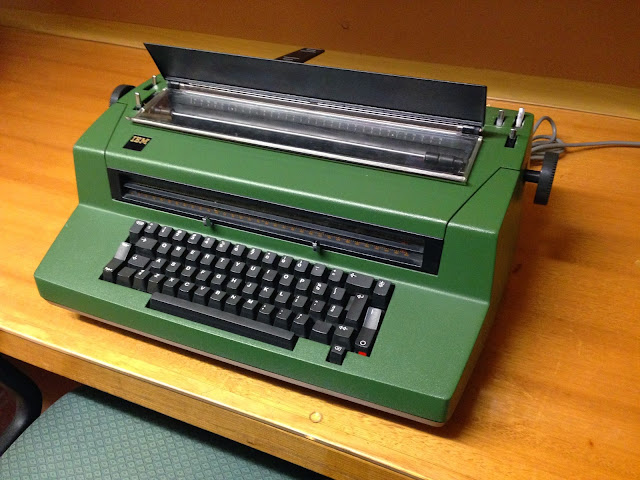 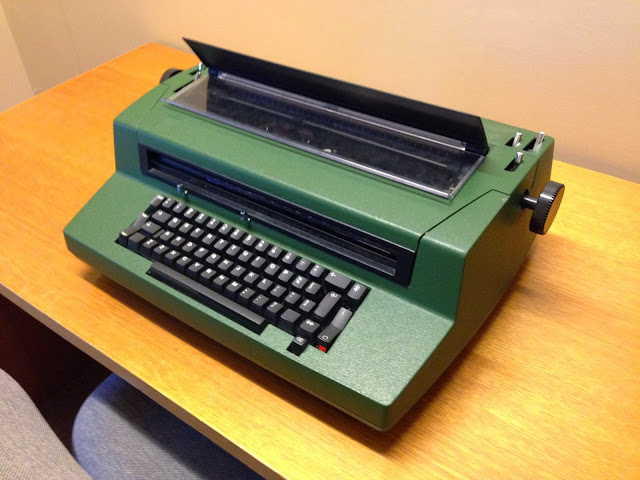 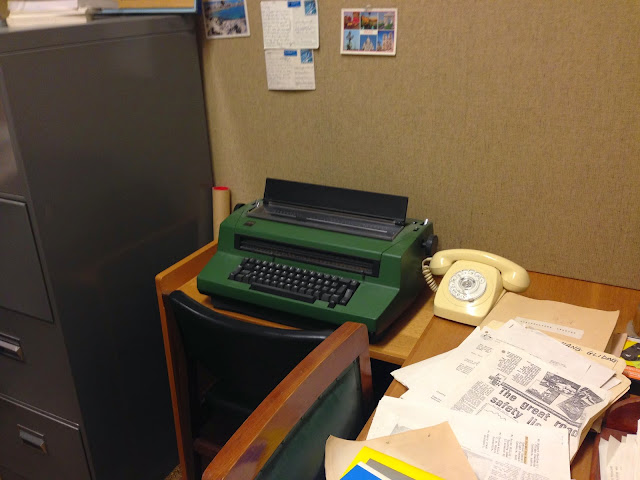 Is that a little Silver-Seiko hiding up there in the corner? 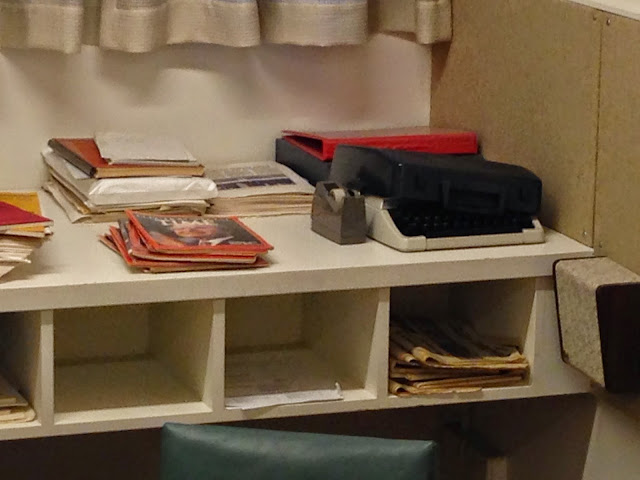 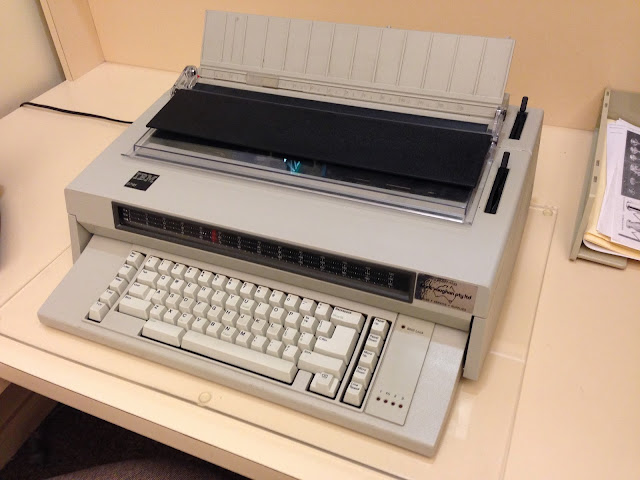 The original Australian House of Representatives mace is still in Old Parliament House, and it's a fine piece of work: 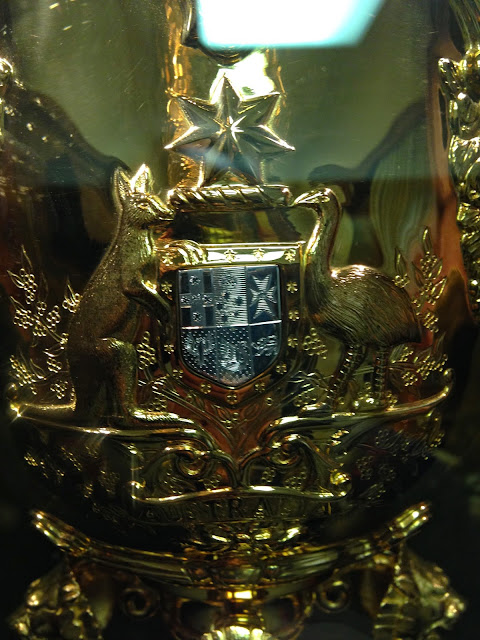 Finally, upstairs to the Press Gallery exhibition, which I can never resist: 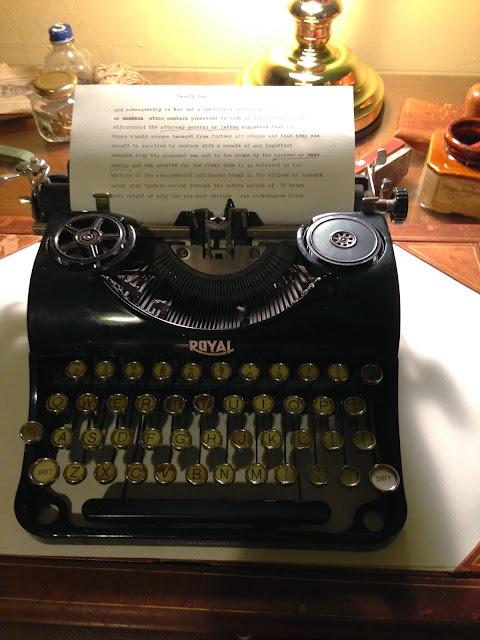 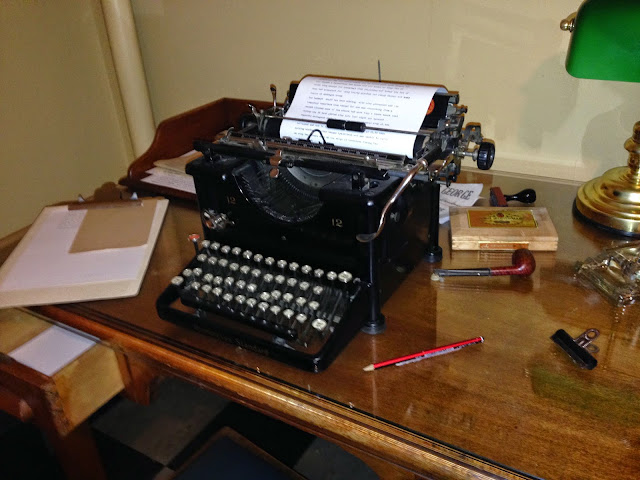 And there is always, of course, Charles Bean's Corona 3 at the War Memorial: 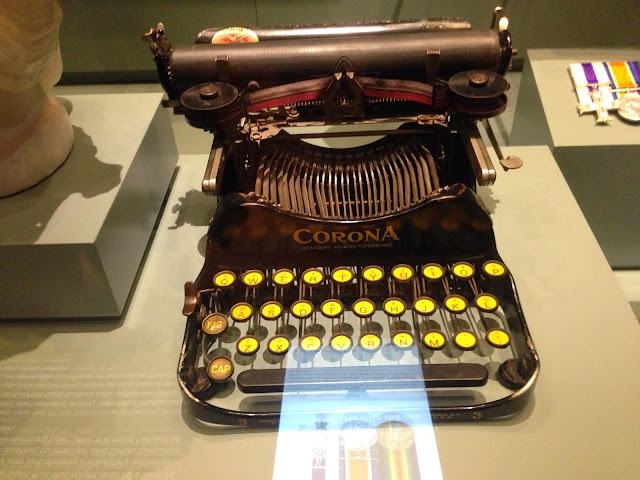