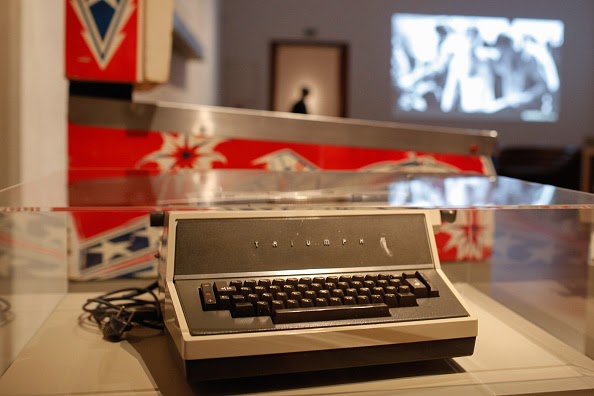 Rainer Werner Fassbinder's Triumph 131f electric typewriter is one of the late great German filmmaker's items which have gone on display at the "Fassbinder - JETZT" exhibition at Martin-Gropius-Bau in Berlin. The exhibition opened yesterday and runs until August 23.

Organised by the Deutsche Filmmuseum in Frankfurt to mark what would have been Fassbinder's 70th birthday in a few weeks' time (had he survived his benders past 37), the exhibition also includes the director's leather jacket, Bayern Munich soccer shirt, a pinball machine, dictaphone and VCR player. 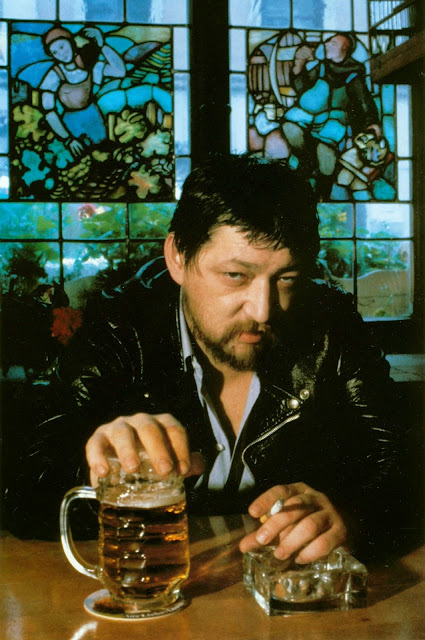 Fassbinder, born in Bad Wörishofen, Bavaria, on May 31, 1945, was one of the most important figures in New German cinema. He maintained a frenetic pace in a career that lasted less than 15 years, completing 40 feature-length films, two TV series, three short films, four video productions, 24 stage plays, four radio plays and 36 acting roles in his own and others’ films. He also worked as an author, cameraman, composer, designer, editor, producer and theatre manager. Underlying Fassbinder's work was a desire to provoke and disturb. He ruthlessly attacked both German bourgeois society and the larger limitations of humanity. Fassbinder died in Munich on June 10, 1982, from a lethal cocktail of cocaine and barbiturates. 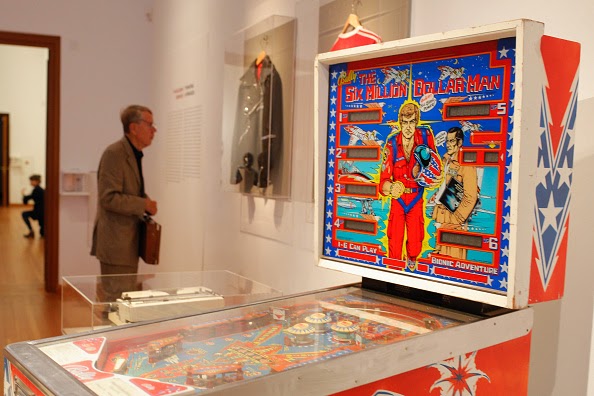 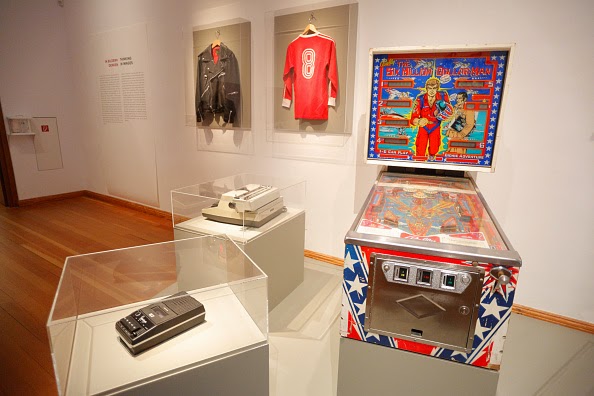 Wow. I did not know Fassbinder was so incredibly productive. No wonder he used drugs.