The Blickensderfer 5 Super Typewriter and the Arab Super Sports car 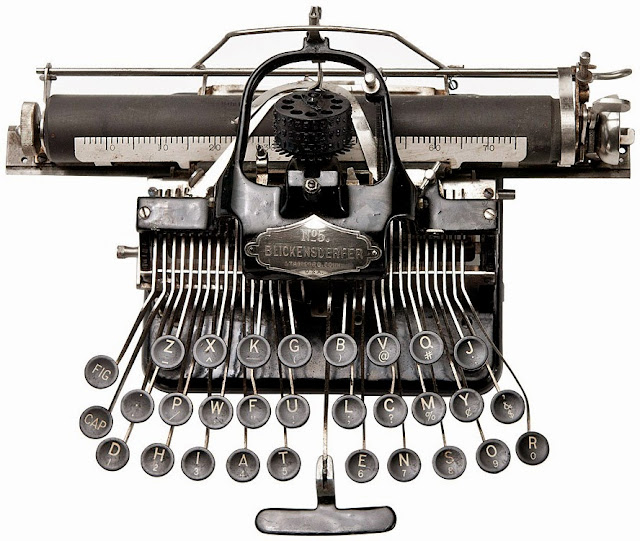 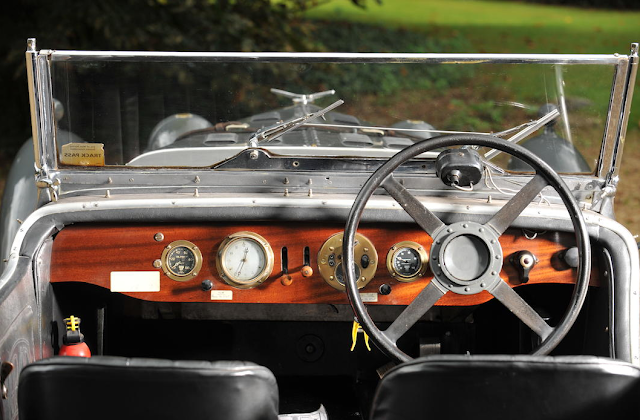 Imagine owning both of these? Better still, imagine being able to not just own and admire both of them, but to type with a Blickensderfer 5 and drive an Arab Super Sports car? Antony Brian Demaus was able to do both because he was still using his Blick 5 into the 1980s, and because he had fully restored his Arab.

On March 1, 2011, I posted on an exchange of letters which had appeared in the British magazine Motor Sport in August and September 1961 - not, as one might expect, regarding vintage sports cars still in use, but vintage typewriters still being used. This flurry of correspondence had been sparked by the passing mention of a 1893 typewriter which remained in good working order.
Little did I know at the time of posting about these 1961 letters that the 1893 typewriter was a Blick 5 owned by vintage sports car expert Brian Demaus. Or that Demaus had continued to use his Blick 5 for at least another 20 years.
Last Friday I was digging through the Australian National Library's Trove collection of digitised newspapers, looking for typewriter-related stories from The Canberra Times from 1932-72 with which to print on transfer paper and decorate an Olympia SM9 (previous post).
Lo and behold, to my considerable surprise, I came across this image from The Canberra Times of June 9, 1980: 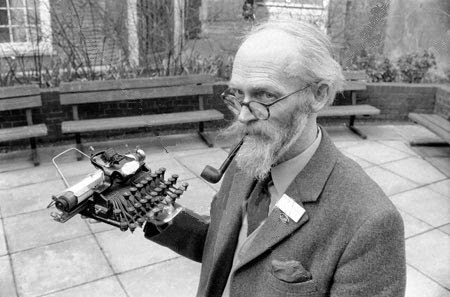 It turns out The Canberra Times had been holding on to this photo for a very long time, because the image was taken in February 1975 and The Ottawa Journal had covered the accompanying story (without the photo) on its page 2 on April 7, 1975: 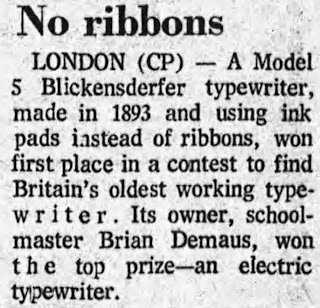 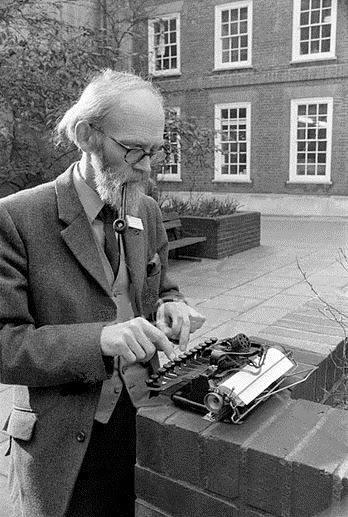 When Demaus won this competition, he was a science teacher at St Michael's College, Tenbury Wells, an independent international boarding school in Worcestershire, England. 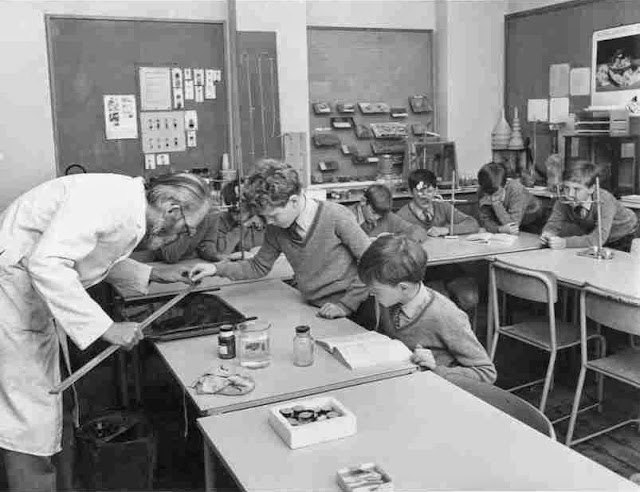 Brian Demaus teaching science at St Michael's College.
But his CV extended away beyond teaching science. Born on Boxing Day 1923, he had served in the Royal Navy toward the end of World War II and was a much-published author on subjects ranging from naval to motoring history. Last heard from, he was living at Stagbatch Farm, Leominster, in the Welsh Borders, an area he had known for more than 80 years, since 1932. 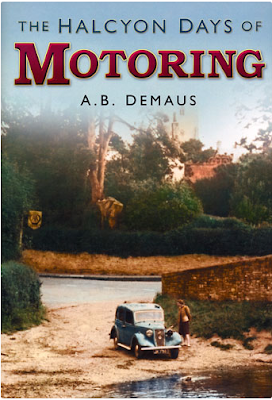 Demaus's 1926-27 Arab 2.0-litre low chassis Super Sports car was auctioned by Bonhams at Weybridge in December 2011 and was expected to fetch between $200,000 and $240,000. Bonhams rated it one of the world’s rarest cars, and said it was one of only two known survivors of the first low chassis Arab (there were no surviving high chassis Arabs). It was designed by Reid Antony Railton (1895-1977), who called the car Arab in the belief it shared the characteristics of an Arab portrayed in T.E. Lawrence’s The Seven Pillars of Wisdom (1922) - a proud, honourable and fearless warrior. The year Lawrence's book came out, Arab Motors was founded by Railton, with two members of the Spurrier family, in Letchworth, Hertfordshire, following his departure from Leyland Motors, where he had assisted the company's chief engineer, J.G. Parry-Thomas, on the design of the Leyland Eight luxury car. Letchworth Garden City was laid out as a demonstration of the principles established by typewriter inventor Ebenezer Howard. As one of the world's first new towns and the first garden city, it inspired other projects around the world, including Canberra.
During his ownership of this model, Demaus restored the Arab to its original specification of 1929, retaining Thomson & Taylor’s original coachwork and rebuilding the engine and gearbox. It was originally completed with engine number EA 12 but in 1936 was fitted with EA 20 from one of Railton's earlier racers, the Spurrier Railton. 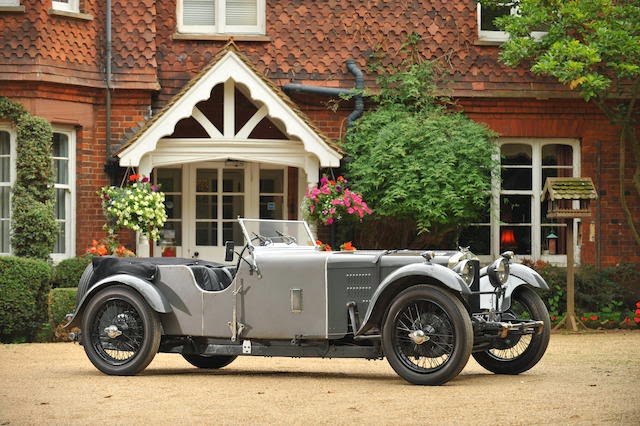 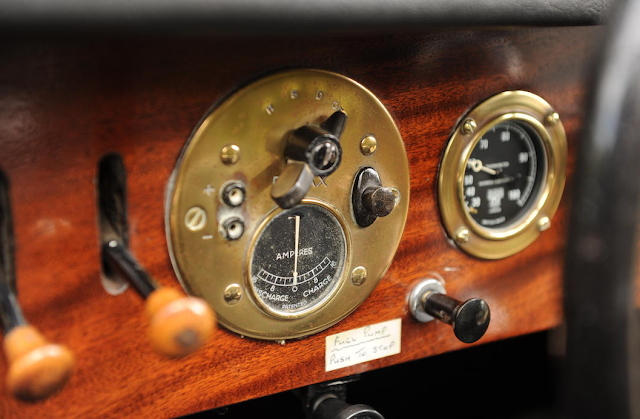 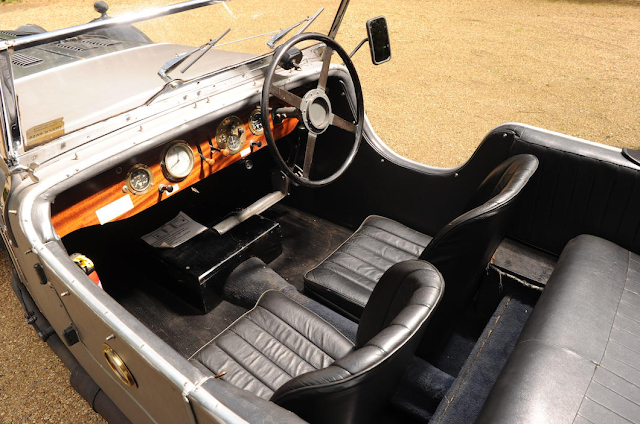 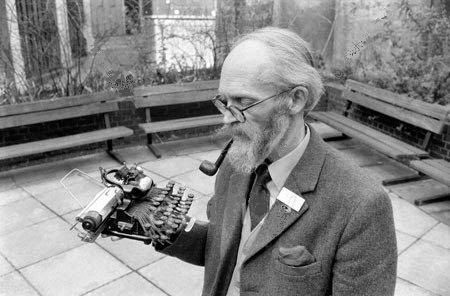 Returning to the 1961 editions of Motor Sports, reference to Demaus's Blick 5 first brought a response from a reader who “regularly uses an 1896 Remington Standard No 7, which has cost only 9 shillings for replacements in 13 months, these being a new ribbon and a new fabric band connecting the spring to the carriage”. “All the keys produce letters and all the mechanics work as they are meant to … I certainly would not part with it for any modern machine; I consider the £5 it cost well spent.”
The following month, similar claims were made about five other typewriters. F.B. Humphrey of Ipswich wrote in praise of his Oliver No 9, “bought for £1 twelve years ago. It was made in 1913 … The conclusion is that vintage machinery is completely practical and reliable and far more economical to ‘run’ than present-day tinware.” James B. Nadwell of Dumfries in Scotland was still using a 1919 vintage “Corona Folding Portable which I purchased for 60 shillings”. It had originally been sold by Dodge & Seymour (China) Ltd. “I consider my expenditure on the 692 parts which make up this machine a very good investment.” R. Michael Dawe of Highgate, London, was using a Blickensderfer No 7. “The mechanics of this machine are a joy to behold – and all for 2 shillings 6 pence at a jumble sale. It has not been used much so would you advise raising the compression-ratio and fitting Webers; this should improve performance, because having a repertoire of 84 symbols it takes rather a time to isolate the one desired!” Thirteen-year-old Peter Marx of Ferndown was writing on an Empire portable with a patent date of March 29, 1892. “It has given me reliable service for a year, since purchased at an auction, together with a carpet sweeper, for the princely sum of 10 shillings.” Finally, H.N. Holden of Bath wrote about a Remington Standard No 2 bought at auction by his father for 10 shillings. “The key-bed is in the form of a well and the rods connecting the keys to the letters are made of wood for part of the way, followed by metal wires about as thick as bicycle-wheel spokes …”
Below, the image of Brian Demaus as it appeared in The Canberra Times in 1980: 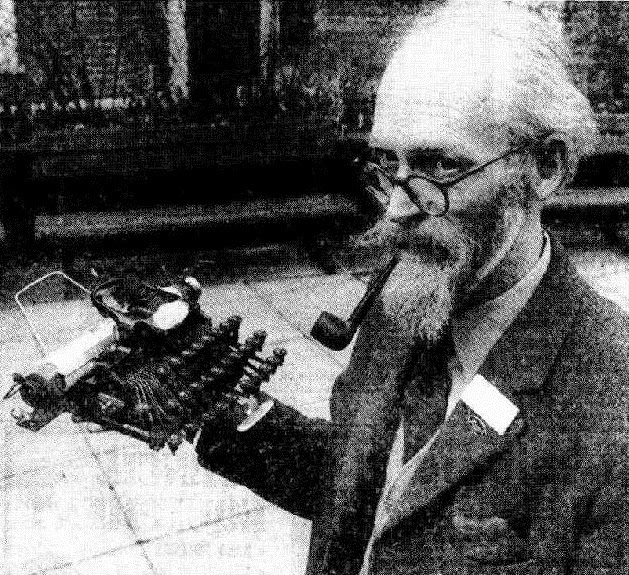 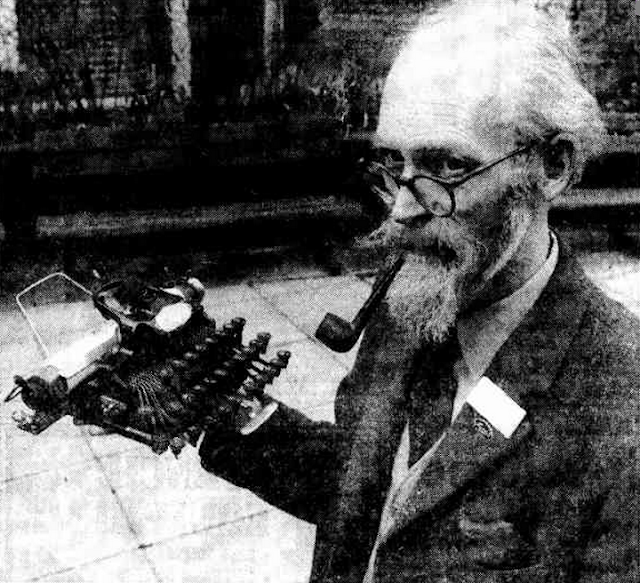 Posted by Robert Messenger at 17:33

Mr. Demaus certainly fits the stereotype of the classic scholar, with thin-rimmed glasses, beard, coat and tie and all. The Blick look very comfortable in his hands, he certainly looks like the kind of guy to not only appreciate but also know how to put to good use such a magnificent piece of machinery.

And first time I ever hear of an Arab car! Thanks for the info, Robert!

A delightful post. Hooray for the Blick and Mr. Demaus. He seems like an outstanding example of the eccentricus britannicus.