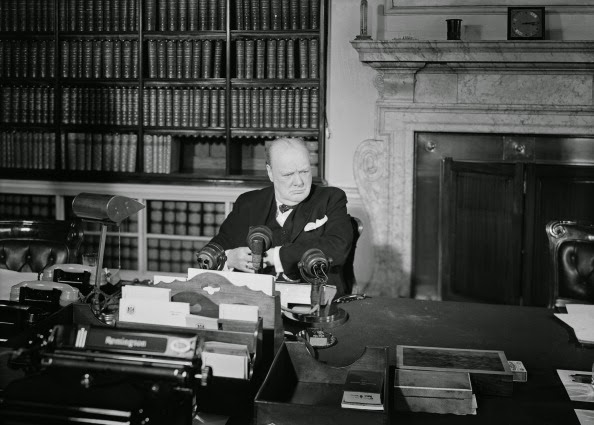 "What are you doing?" British Prime Minister Winston Churchill prepares to make his VE Day broadcast to the British public in the Cabinet Office at 10 Downing Street, London, at 2.30pm on May 8, 1945. 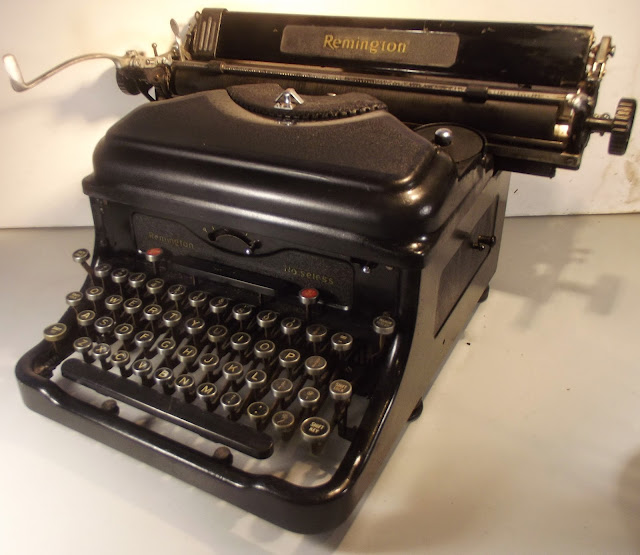 In the past few days the 70th anniversary of VE Day has been celebrated across the world. The Pacific War continued for more than three months, until August 15, 1945.
The public announcement that World War II had ended in Europe came from British Prime Minister Winston Churchill at 3pm on Tuesday, May 8, 1945. At 2.30, Churchill began to prepare for his victory speech in the Cabinet Room at 10 Downing Street, London. Outside the room, a large number of typists eavesdropped on Churchill's rehearsal for his broadcast to the British people. "What are you doing?" they heard the PM bark at a BBC engineer.
"They are just fixing the microphone, Sir."
Sitting behind a Remington Noiseless Model 10 standard typewriter on his desk, Churchill announced that hostilities would officially finish at one minute past midnight.
At 9am Washington DC time on May 8, US President Harry S. Truman addressed the American people from the White House. There wasn't a typewriter in sight. 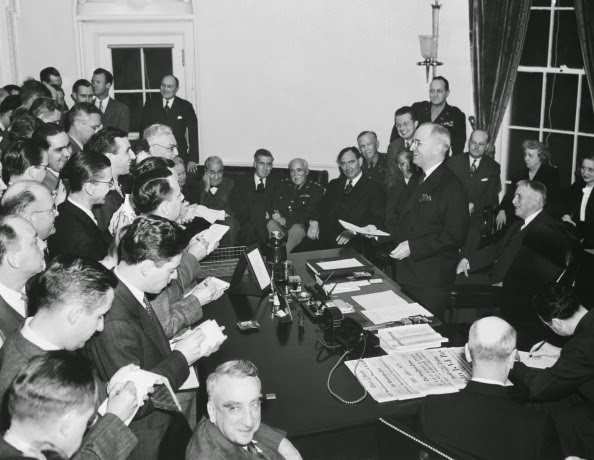 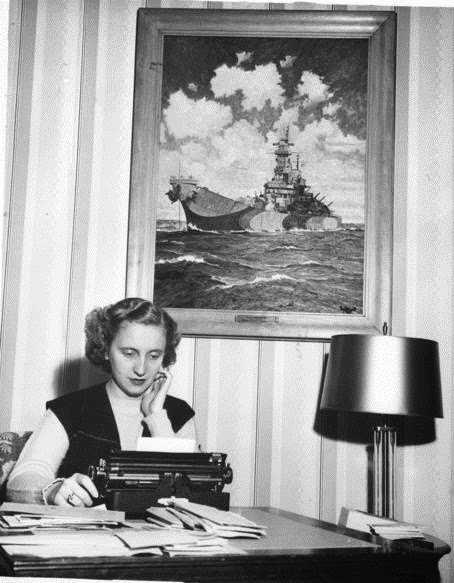 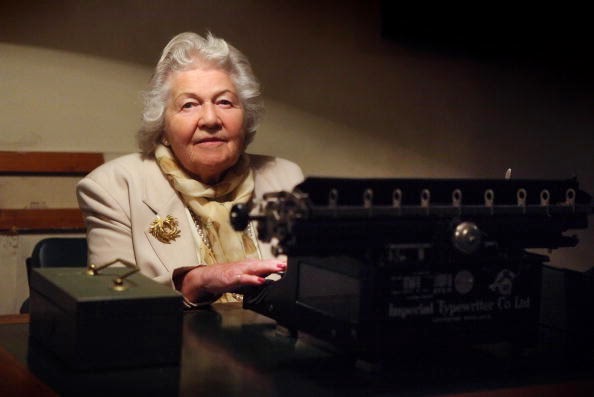 Posted by Robert Messenger at 10:03