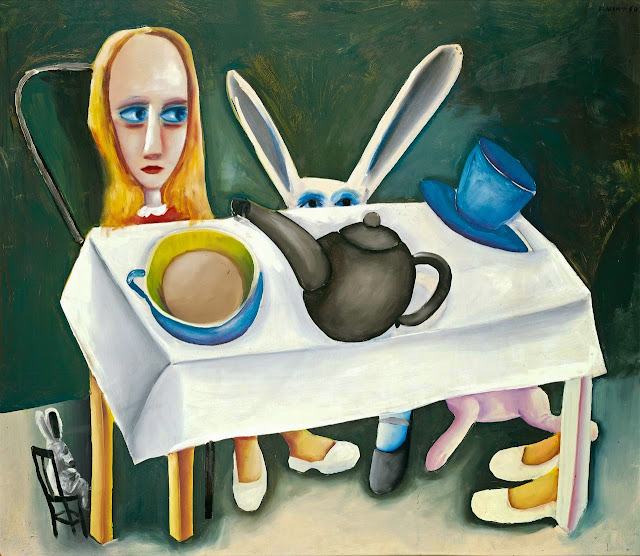 Barbara Blackman was the muse for Alice in her ex-husband's (Charles Blackman's) famous series of paintings based on The Adventures of Alice in Wonderland. Barbara Blackman as she is today. Now 86, she has been completely blind for more than 60 years. But she still writes memoirs and essays using a computer, which is why she asked me to fix her printer problems.
It's more than 30 years now since I had the extreme good fortune to be trained in digital typesetting and compositing by people who knew what they were talking about when it came to typography and newspaper production. So few trainers today do - or could care less. And why should they? It's an already lost art. But the lessons I learned back then still hold good. They came in use just yesterday.
Computer language and the techniques of formatting for typesetting were a lot different in the early 1980s, when I first used computers to lay out pages and set copy. For one thing, it was far more basic and one could actually see on screen what formatting was being used. Much of the coding and methods we used then are now as outmoded as typewriters. For example, one Canadian system was so basic that, in order to typeset in italics, one had to insert "alt-f9" (forward nine degrees) and "alt-f0" before and after the words to be italicised. Antiquated? Yes, but at least we knew for certain what we doing and how the copy would be set. 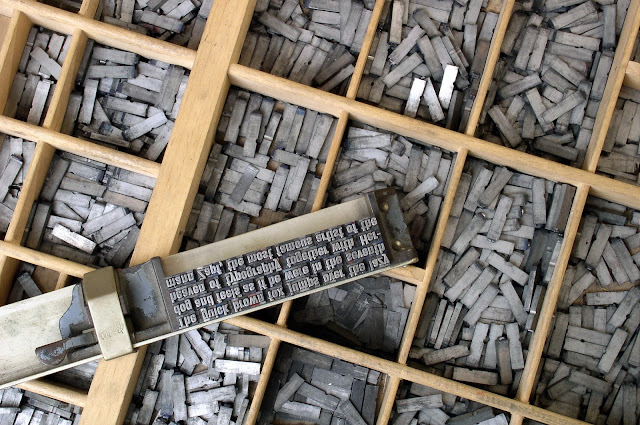 Original use of quadrats
One word which had stayed locked in the back of my mind - until yesterday - was "quad", which is short for quadrat, originally a metal spacer in the days of letterpress printing. Later, in Unicode, "quad" was extended for phototypesetting and digital typesetting to be a keyboard command which aligned text with the left or right margin, or centred between them, as quad left, quad right or quad centre. 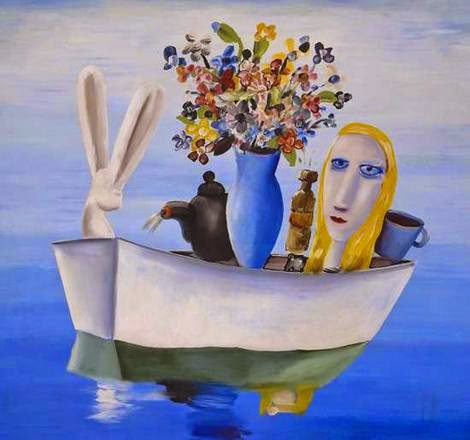 All at sea with the printer
Yesterday I went to visit a close friend, Barbara Blackman, who had a problem with her printer. Barbara, who turned 86 last December and has been completely blind for more than 60 years (she was diagnosed in 1950 with optic atrophy), still writes memoirs and essays using a computer. The tower is a bulky 1987 "no name" model, the printer an almost equally antiquated Brother (HL-1240) and in between she has a Dell keyboard with a Accent text-to-speech (TTS) synthesiser system. No Braille for Barbara! And no monitor for me to see exactly what was going on - what the tower was telling the printer to do. 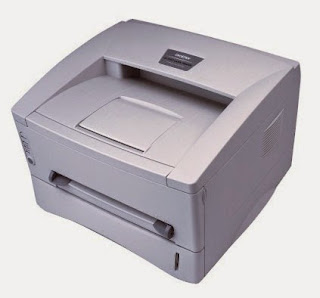 Barbara is an author, music-lover, essayist, librettist, letter writer and patron of the Arts. The former wife of renowned painter Charles Blackman (they were married from 1951-1978), she worked for many years as an artist's model. She was born in Brisbane in 1928 and as a teenager was the youngest member of the Barjai group of writers. In 2004, she pledged $1 million to music in Australia: funds have since been distributed to Pro Musica, the Australian Chamber Orchestra, the Australian National University's School of Music and the Stopera Chamber Opera Company,  among other groups. 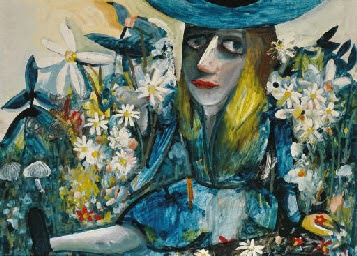 Anyway, back to her printer problem ... when Barbara printed out her essays, just one line, including the heading, sub-head, byline and first few words, appeared repeatedly line after line for 20 pages. Nothing else.

First I was able to ascertain that the printer was working fine. But in the absence of a monitor, I had no idea what was happening as Barbara wrote - how did she create a document? How did she save it? How did she find and correct errors? And how did she print it out? The TTS sounded like Stephen Hawking with his testicles in a squirrel grip - I couldn't make head nor tail of what it was telling Barbara.
Finally, something caught my eye - the letters "qq" attached to and before the first word of the essay. As I pondered this curiosity (as Alice might call it), the word "quad" came back to me from the depths of my brain. 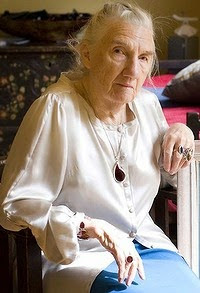 Barbara used the letter "q" in combination with a command key to instruct the computer and printer. Somehow, in her blindness, she had mistakenly used it twice without the proper command key. The printer, not knowing quite what to make of this instruction, went haywire. It had simply ignored all other "quad" directions and printed, repeatedly, just one line of copy.  "Quad queer" one might say!

Anyway, after removing the "qq" from the story, the printer returned to normal and started printing perfectly. Was I glad I could recall the word "quad", and what it meant in Unicode? And still be able to use very old skills to fix a very modern problem!
Posted by Robert Messenger at 11:23

Now *that* was a great bit of detective work. Long experience in the print industry pays off! :D