There is, of course, no such typewriter as a Remington 315 portable. There is an Olivetti-made Underwood 315, a Dora masquerading under a different name. But the closest one might get to it among Remingtons is the 333, made by Brother in Japan. The Remington 315 was the invention of British detective novel writer Ruth Rendell, who died on Saturday, aged 85. The Remington 315 manual portable provided the key bit of evidence in Rendell's 1985 Inspector Wexford novel, An Unkindness of Ravens. 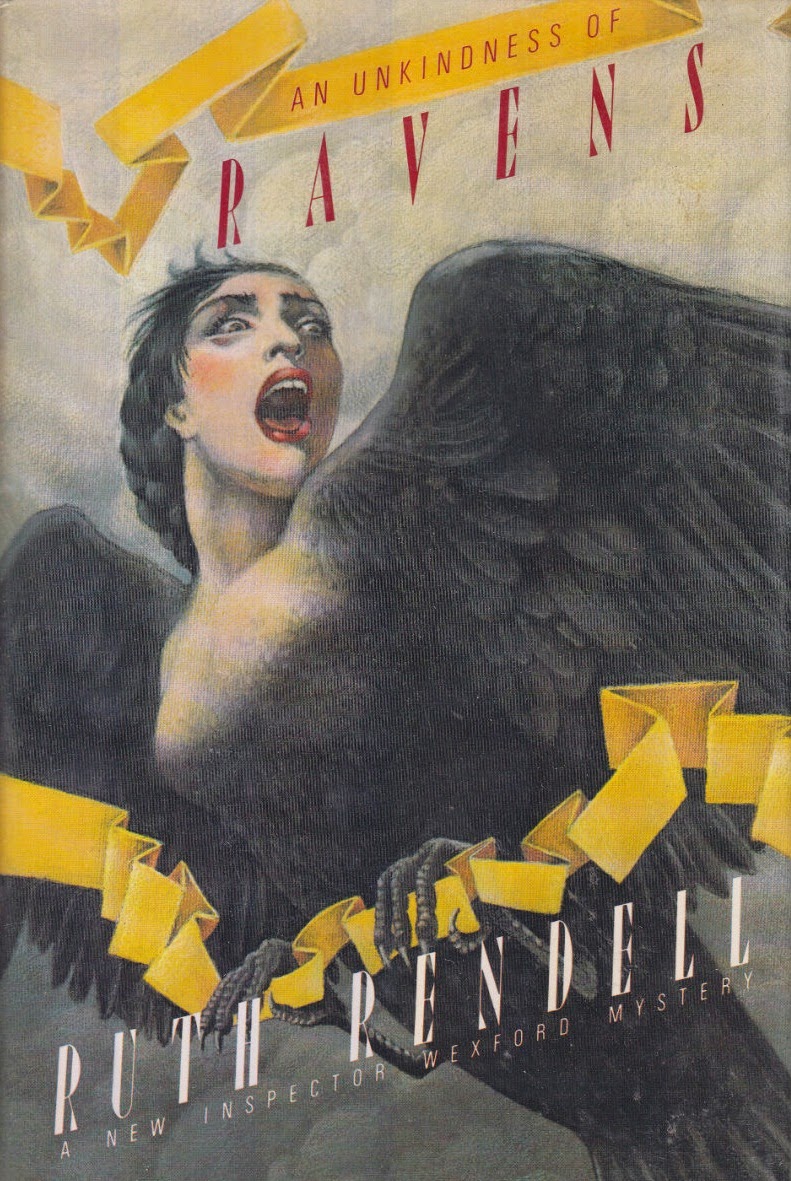 I guess it must be difficult for more modern detective novel writers to avoid going down paths already well trodden by Arthur Conan Doyle and his creation Sherlock Holmes. In An Unkindness of Ravens, Rendell forged ahead into very old Conan Doyle territory - Holmes had solved a case based on a typewritten letter 94 years before Wexford. 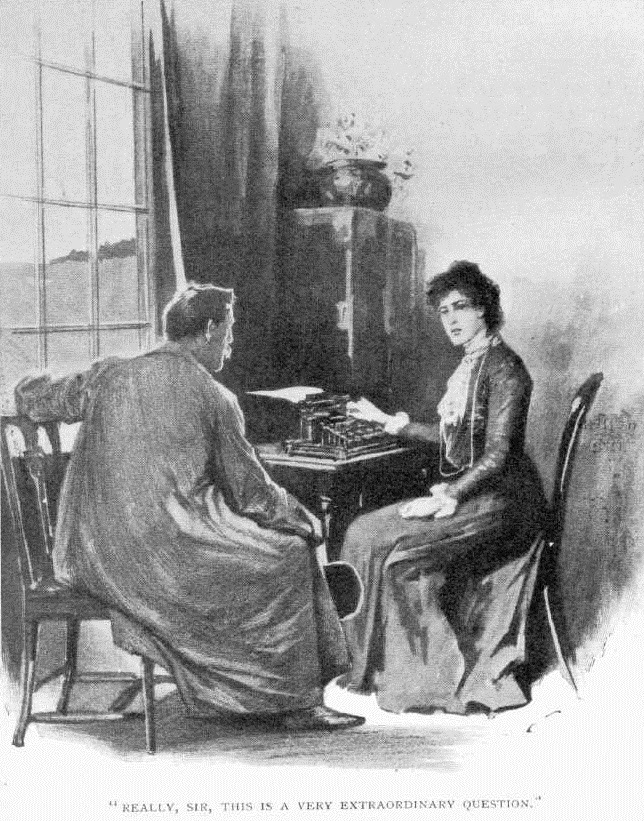 Sidney Paget's illustration of Laura Lyons at a Remington typewriter (which it's not) in Arthur Conan Doyle's Sherlock Holmes mystery, The Hound of the Baskervilles.
But, then, Holmes, as a detective who applied early forensic science to his work, was away ahead of his time. He unlocked the mystery of Hosmer Angel in “A Case of Identity”, one of his 56 short stories. Conan Doyle completed this yarn on April 10, 1891 – less than 17 years after the typewriter had first appeared. Set in October 1890, “A Case of Identity” was published in Strand Magazine in July 1891. 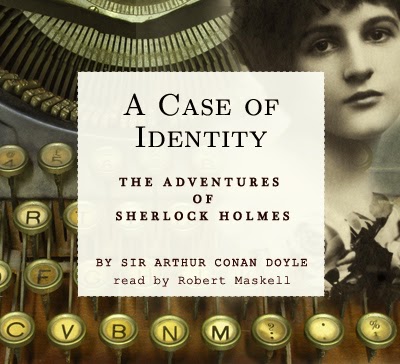 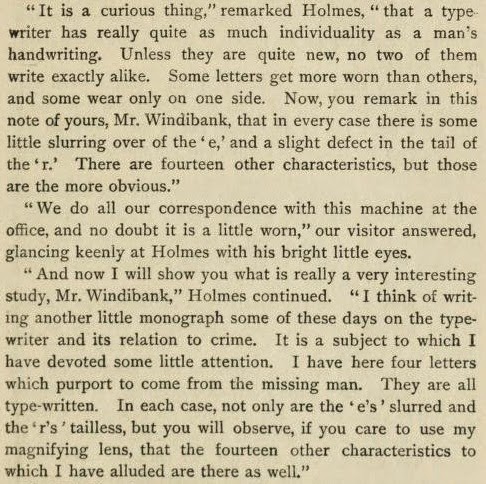 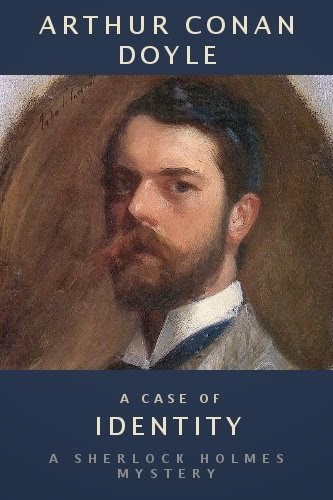 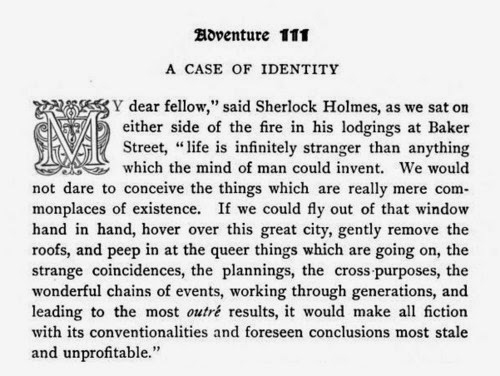 Rendell's An Unkindness of Ravens was her 28th book. (By the way, the name for her protagonist occurred to Rendell after a trip to Ireland; she initially considered the names of two counties, Wexford and Waterford, but one was already taken by a former Canberra editor. Anyway, she was fond of names that included the letter "x".) Wexford comes from the Old Norse Veisafjǫrðr.

Chief Inspector Reginald Wexford
In An Unkindness of Ravens, Wexford finds himself thrown into an investigation involving a militant feminist organisation known as "Arria", who have taken the raven as their symbol. A man's resignation letter is found by police to have been typed on a Remington 315 typewriter. A critic noted, "When it came to the [police] checking of the typewriters, Rendell could not resist to throw in her knowledge of the - then - latest developments in typewriters, such as the golfball and the daisywheel, although they had no bearing on the case. The machine on which the letter had been typed was an old manual model without exchangeable typeface." The novel includes a typewriter repair and maintenance service run by a James Ovington, who is working on an Olivetti typewriter. The Remington 315 had a flaw in the apex of the capital A, in the ascender of the lower-case t, and at the head of the comma. 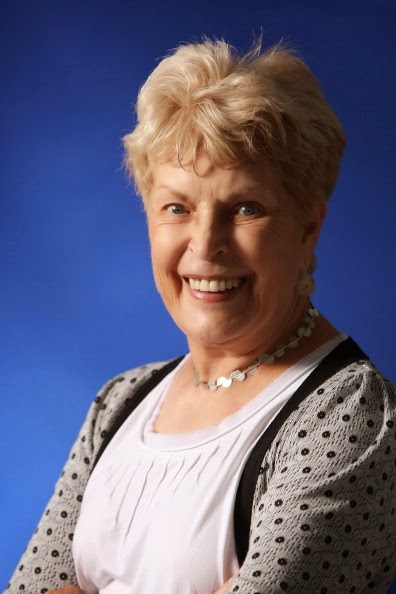 Ruth Barbara Rendell, Baroness Rendell of Babergh, was born in South Woodford, London, on February 17, 1930. Chief Inspector Reginald Wexford was her best-known creation, but Rendell also generated a separate brand of crime fiction that explored deeply into the psychological background of criminals and their victims, many of them mentally afflicted or otherwise socially isolated. This theme was developed in a third series of novels, written under her pseudonym Barbara Vine.
Posted by Robert Messenger at 21:33