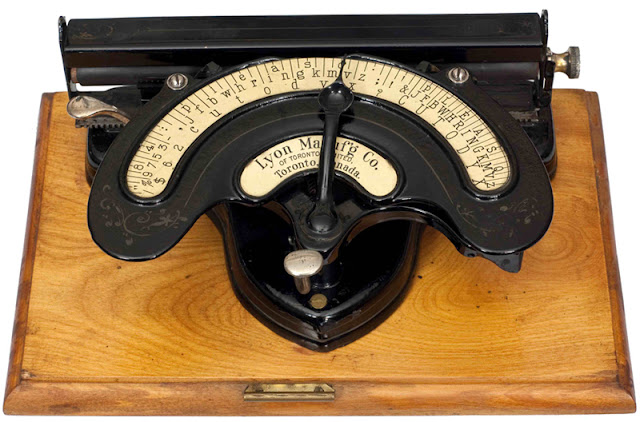 American 2 typewriter, Martin Howard Collection. See.
These days, Québec-born Louis Philippe Valiquet is best known for the enormous amount of work he did at the turn of the century in developing the gramophone, particularly speakers (horns and resonators) and motorised turntables.
The talking machine was a direction Valiquet took, with considerable success, after a brief foray into the world of the writing machine. But he’d also met with some success with his typewriter, the American, also known as the Globe and marketed in Europe as the Champignon ("Mushroom"). 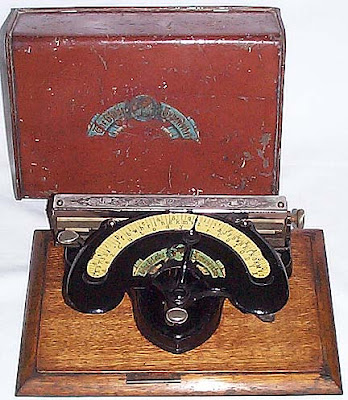 Globe Typewriter, Chuck Dilts and Rich Cincotta Collection. See.
The American is an index machine which Richard Polt on The Classic Typewriter Page describes as "charming and attractive". Richard points out it sold for $5 (No 1 model, $8 for the No 2) and was marketed up to 1912. "It contains only 35 parts and prints from a strip of rubber type."
With regard to his typewriter, the path of Valiquet’s inventing career diverged slightly from that of his contemporaries Emmit Girdell Latta and Daniel Edgar Kempster. Like Valiquet, Latta and Kempster also advanced the early bicycle and tricycle, each with very similar designs in the mid- to late-1880s. As well, Kempster invented the Boston typewriter, before going on to a vast array of other design work. 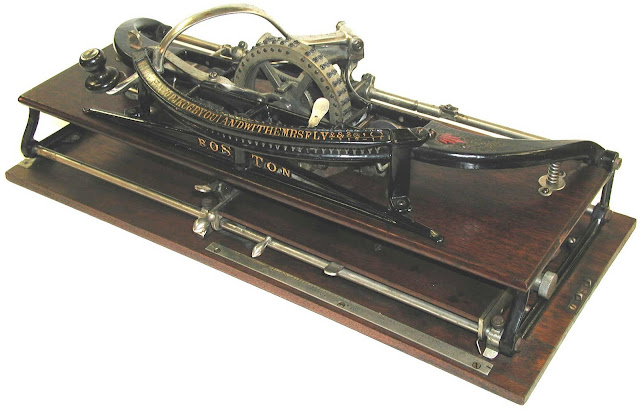 Boston typewriter, Anthony Casillo Collection. See.
Latta, of course, gave up a prolonged fixation with velocipedes (his bikes were eventually made by Pope Manufacturing) to become one of the great 20th century typewriter inventors, designing what became the Blick-Bar before finishing up on the development staff of Corona at Groton. 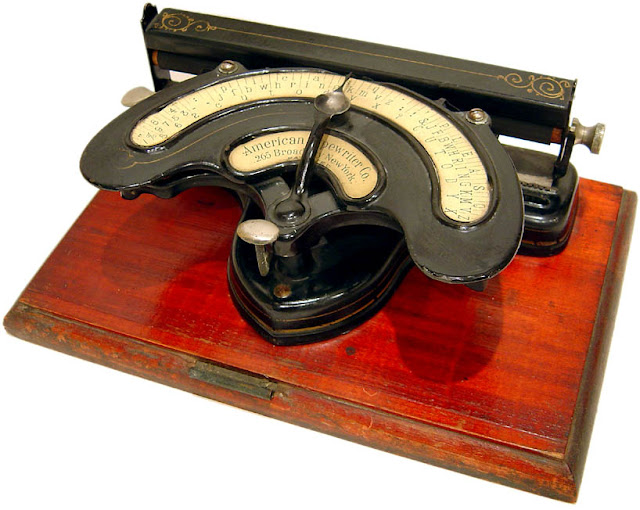 American typewriter, Richard Plot Collection. See.
Valiquet was born in Mont Saint-Hilaire in the Rouville district of Québec on February 14, 1857. On moving to the US, he worked as an optician’s machinist in Rochester in 1880. It was at this time that he applied for his first patent, covering the enduring invention of a grinding machine for spectacle glasses, in 1881. Valiquet moved on to lady’s bicycles and tricycles and velocipedes in 1884, establishing the Valiquet Tricycle Company. He became naturalised in Massachusetts in 1888. 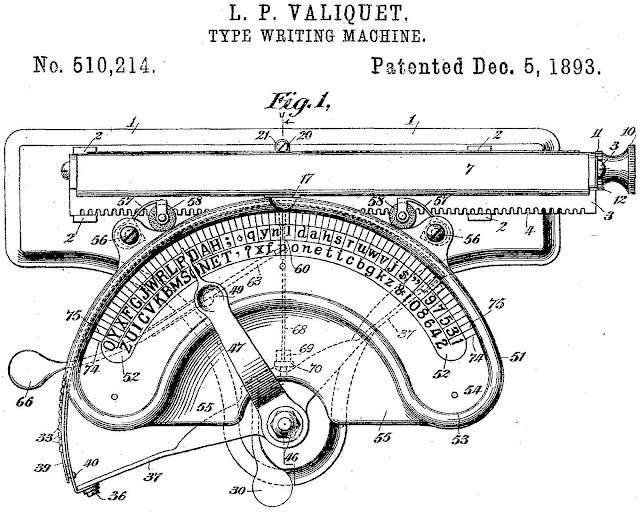 In 1892 he designed the American-Globe typewriter and it was assigned to the American Typewriting Company of New York. The patent was issued on this day (December 5) in 1893. 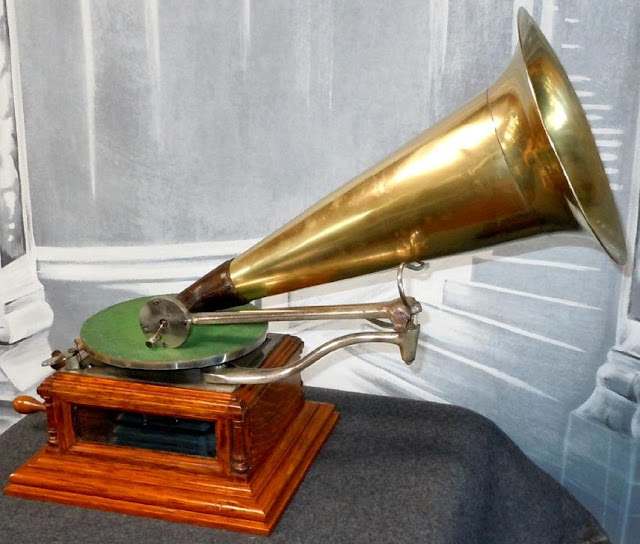 Valiquet then moved on to gramophones, working independently as well as notably for the Universal and Victor Talking Machine companies, the Complex Aural Company and for Hawthorne and Sheble. His name is most commonly associated with Frank Seaman's Zonophone. Valiquet is said to have been Seaman's “house inventor”. 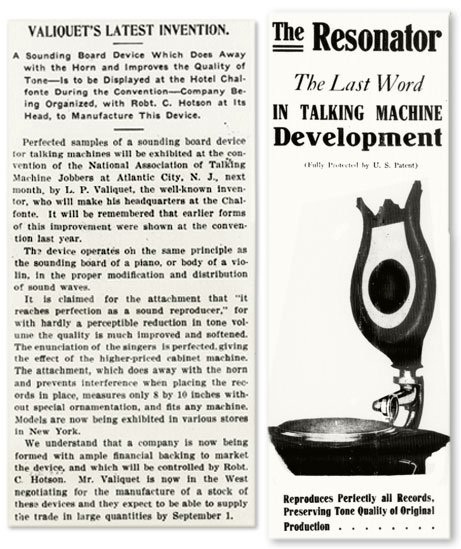 Valiquet moved about the Eastern Seaboard a fair bit, being pursued by a former wife who was hounding him in the courts for unpaid alimony. In the meantime he had started a new family, with daughters called Octavie and Eulalie.
In the early part of the 20th century he was president of the Valiquet Novelty Company in Newark and was still inventing up until 1923 (one patent was for a perfume ejector vending machine). Valiquet is believed to have died, perhaps in Chicago, in 1925, in which case he would have been 68. 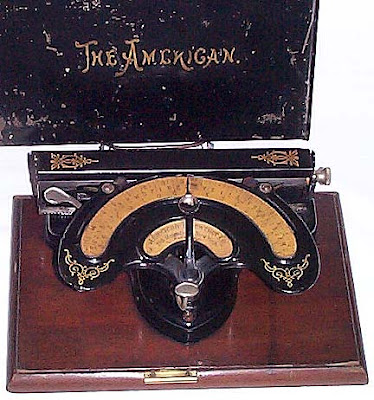 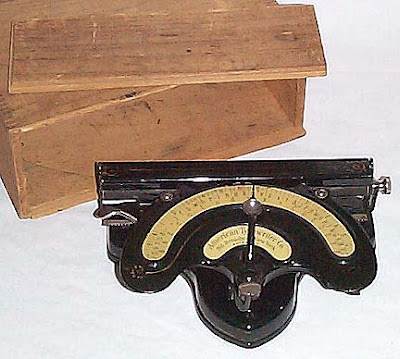 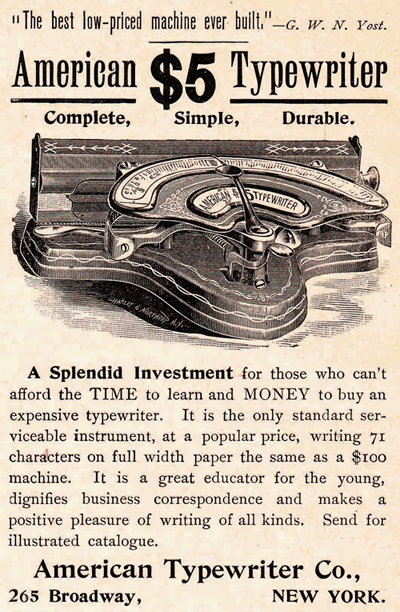 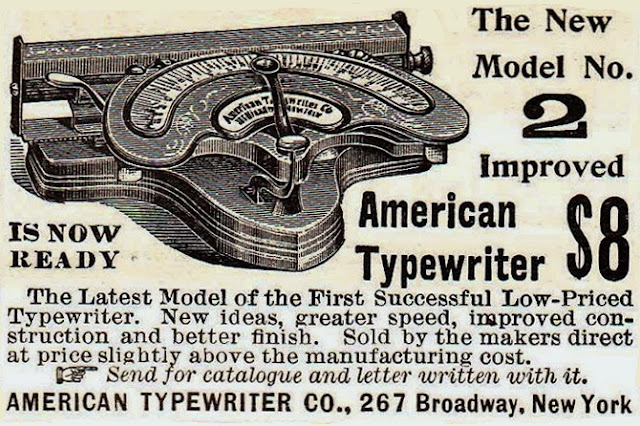 Posted by Robert Messenger at 16:55

I'd love to get one of those in new condition today for $5.00. I'd even pay $8.00! It is so neat to see those old prices when today it takes less than an hour for most people in the developed world to earn that much when in the day these were made it was perhaps a month's salary.

First time I heard of the Reproducer. Unique. I wonder how it sounded.