Salute to the Corona 3 Portable Typewriter on its 100th Anniversary: Part II

On Land, At Sea, in the Air -
the Corona 3 was EVERYWHERE!
(EVEN IN FAR OFF AUSTRALIA)
(and in the wastes of the ARCTIC Circle) 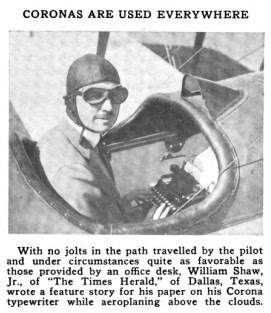 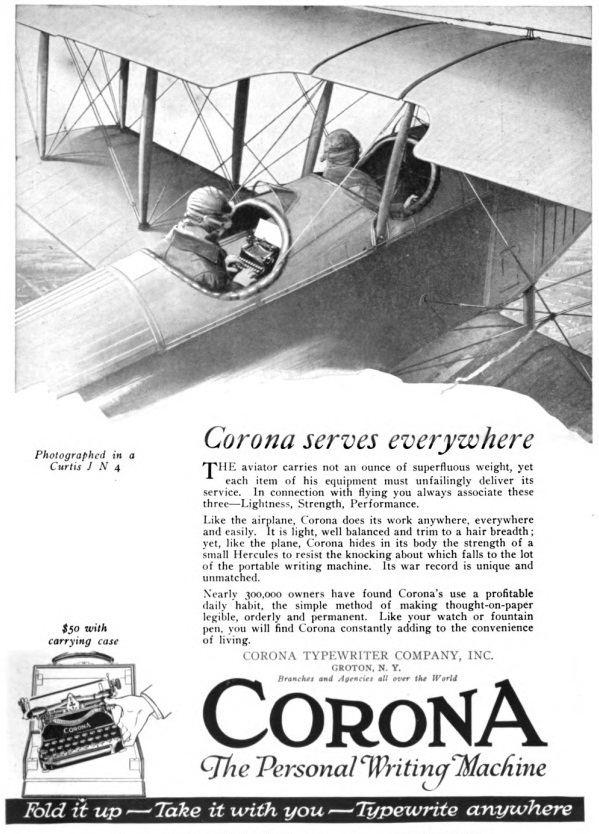 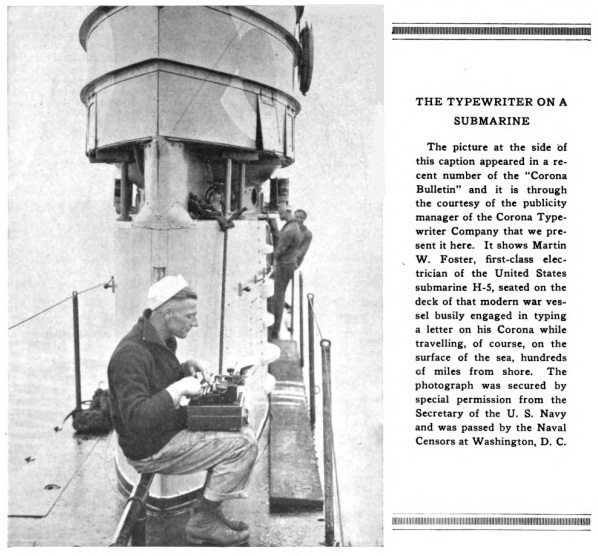 There can be no doubt that the First World War (1914-18) was timely for Corona, if any war could be described as "timely" for anyone. 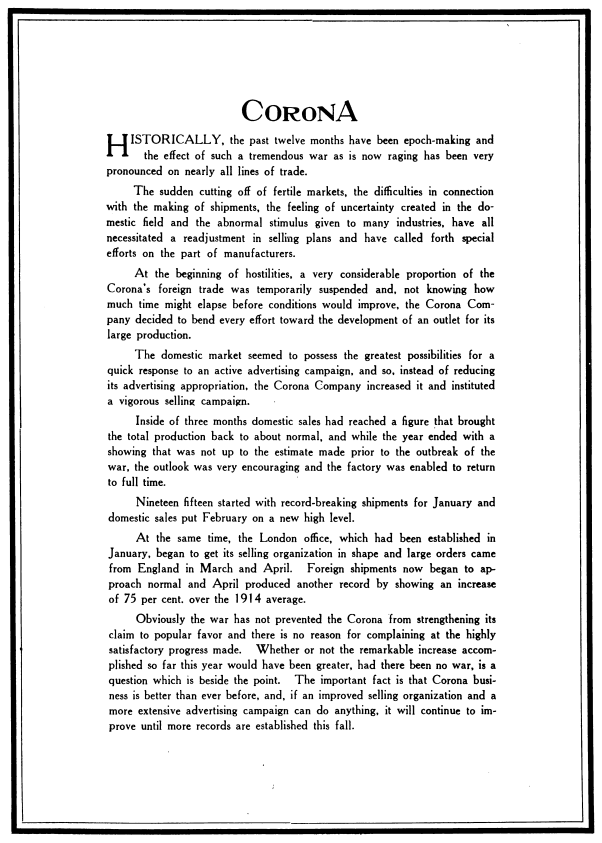 But evidence that this compact, lightweight portable typewriter could easily be taken into all theatres of war, and used in the air, at sea (and under it) and anywhere on the land unquestionably boosted sales considerably.

Corona definitely played on this in its promotion of the typewriter. 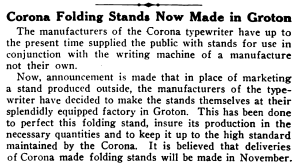 Typewriter Topics 1915.
The tripods were designed in February 1915 by Otto Petermann (see earlier post).
THE CORONA 3:
'SOME PEACH' OF A TYPEWRITER
These letters, published in Typewriter Topics in 1915, one from a Scottish Corona salesman serving on the Western Front, the other from a Siedel & Naumann head mechanic imprisoned in a PoW camp on the Isle of Man, are quite fascinating. The "present belligerent typewriter men" were, at least briefly from 1918-39, reunited with "a higher and better feeling": 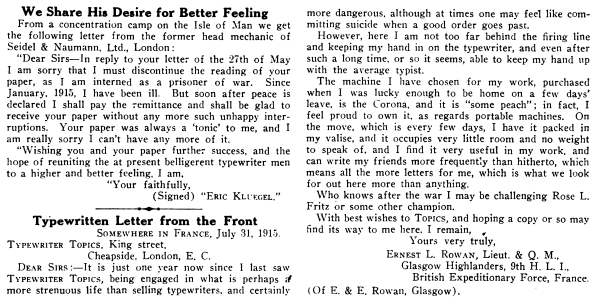 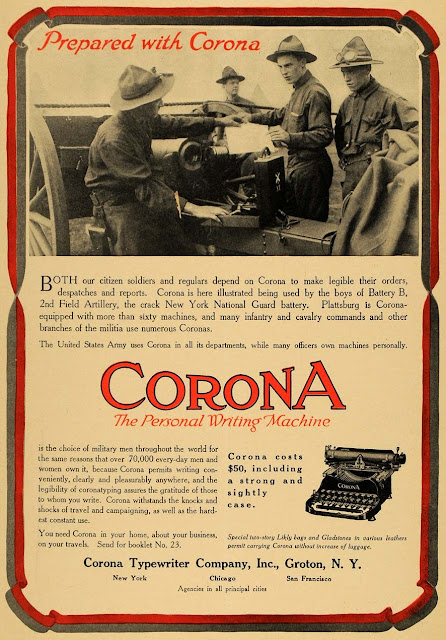 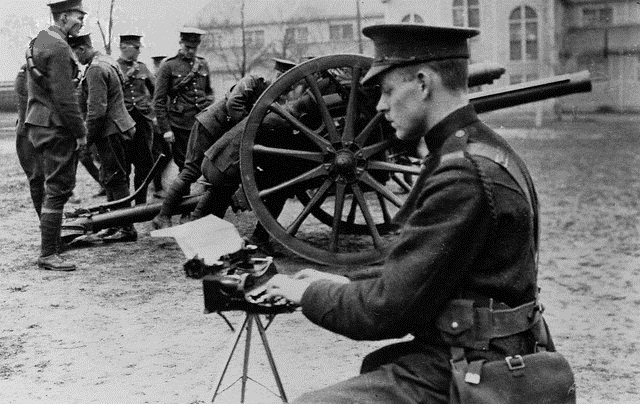 Canadian soldier beside a field gun 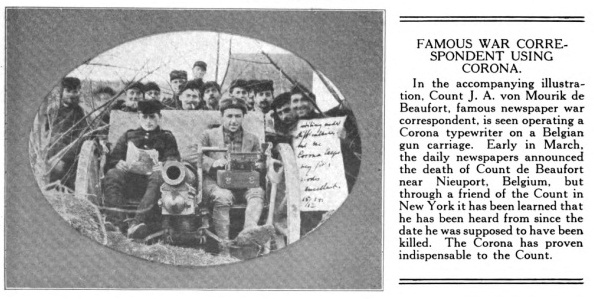 The notorious Count Jacques Alexander von Mourik de Beaufort
(aka Jack or James van Maurik de Beaufort) did indeed survive the war, as this report
from a May 1917 edition of Variety testifies: 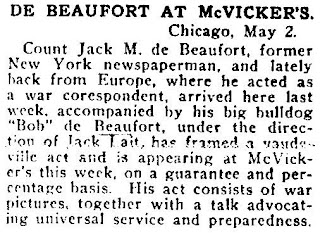 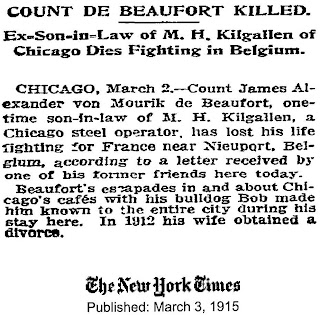 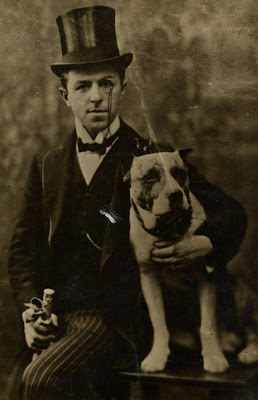 The "Count" and his bulldog "Bob" 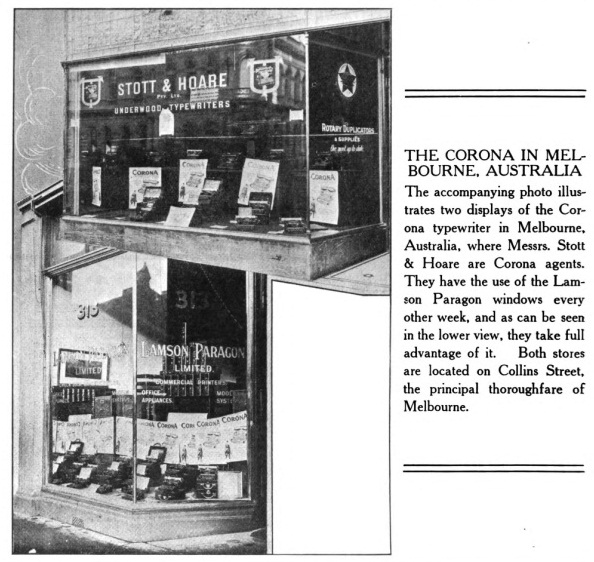 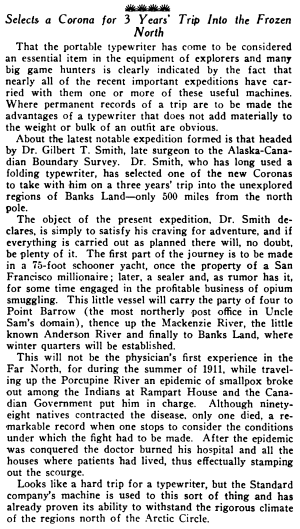 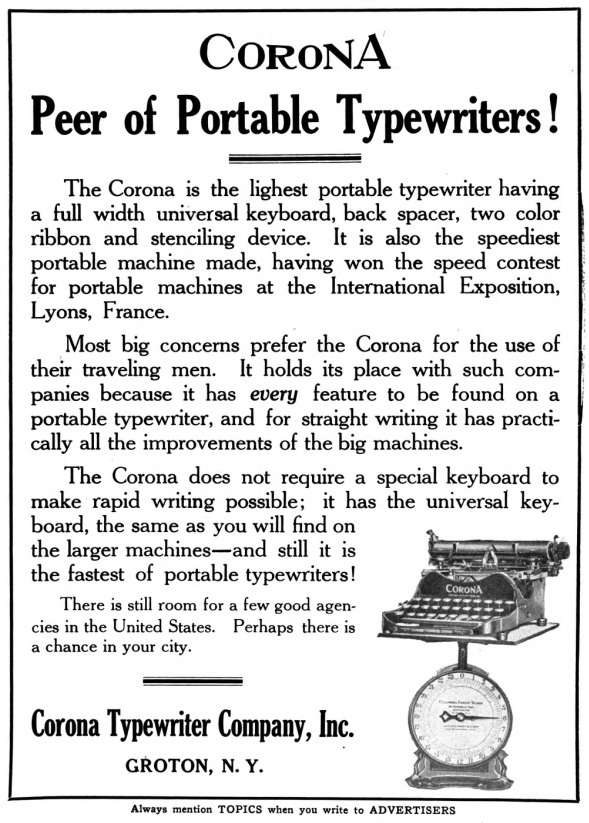 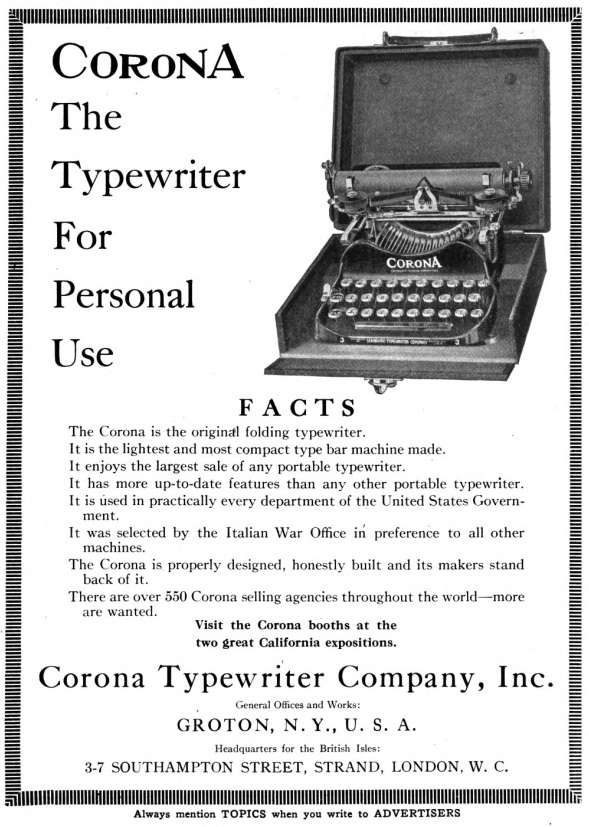 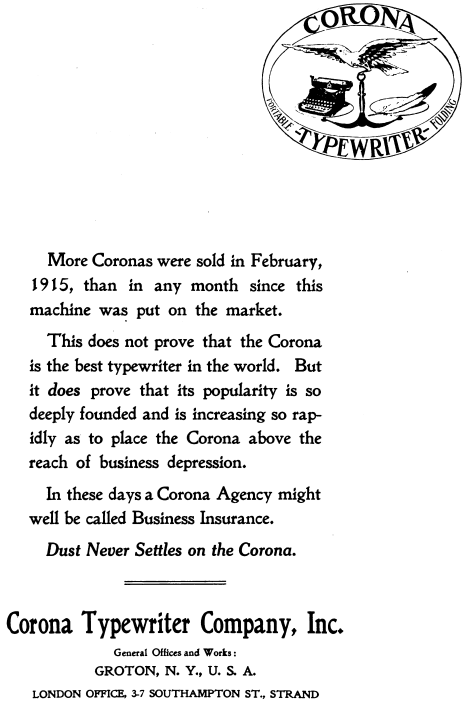 In February 1915, Corona revealed its new logo in Typewriter Topics
In a time of war, life went on for Corona: 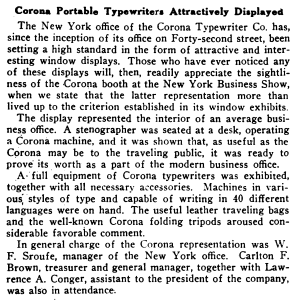 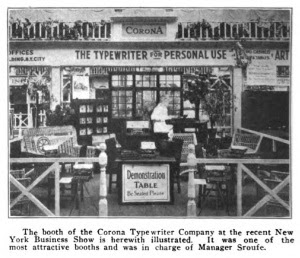 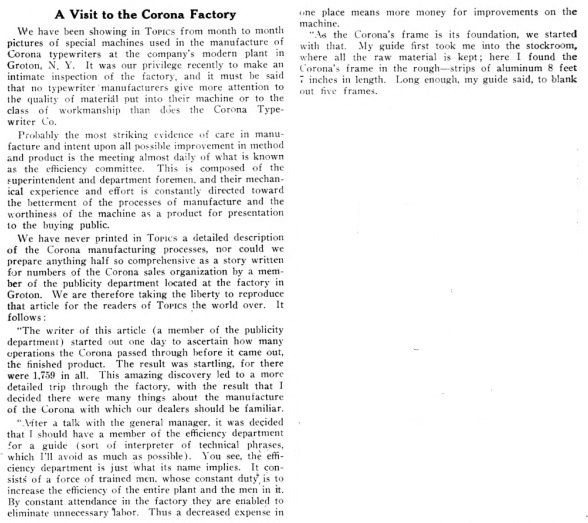 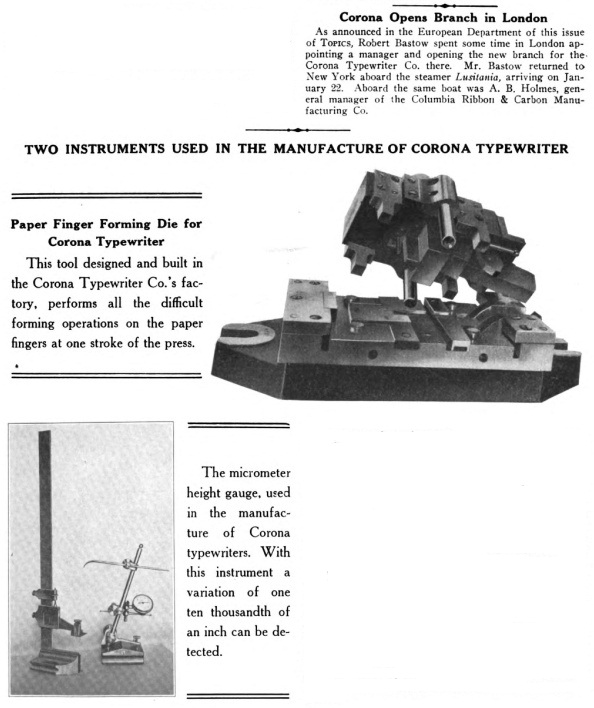 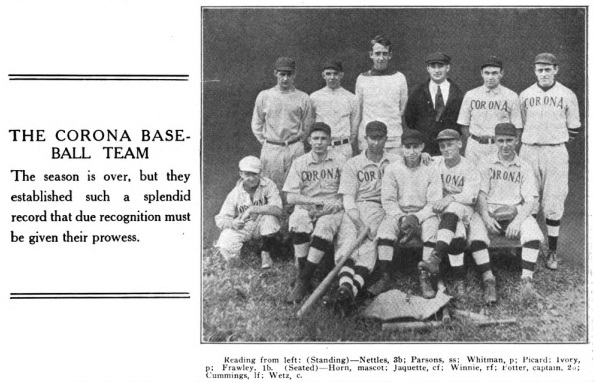 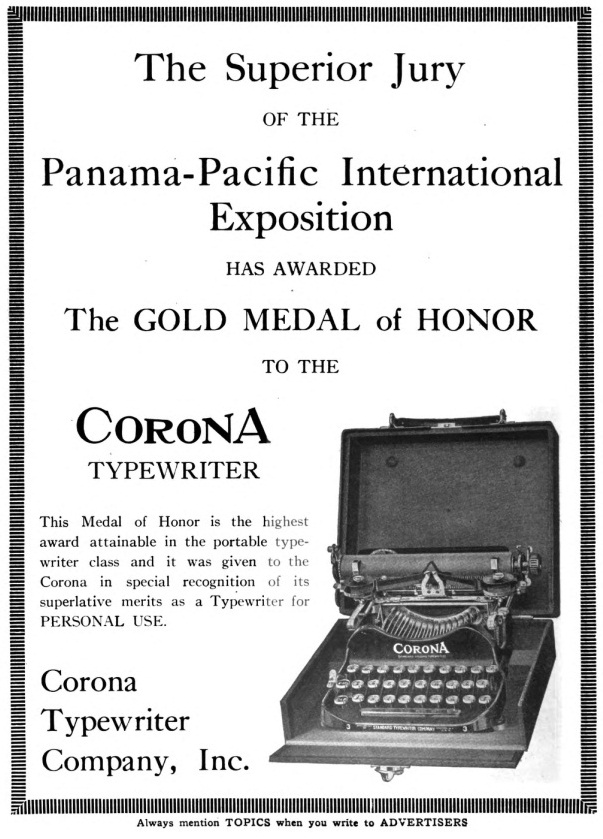 Posted by Robert Messenger at 10:54

I love this series!
The in-flight-typing is epic.

What a thoroughly enjoyable and informative series on one of my favorite typewriters! I've been using my 1923 model to write letters lately, and it's a snappy joy to operate.