There are a few really unusual typewriters for sale around the world right now. 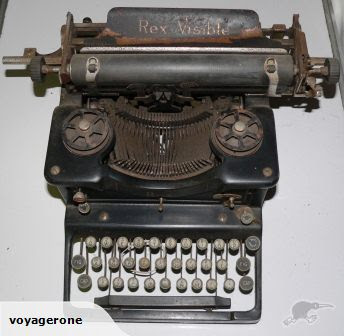 On Trade Me in New Zealand, this Rex Visible has a starting price of $NZ50, no bids yet and one week to go. The seller says, "Yes, it works ... A bit dusty, but it's all there." It looks like it needs a bit of work done on it, nonetheless. 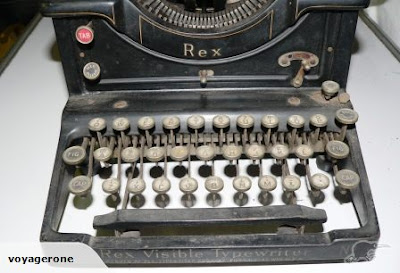 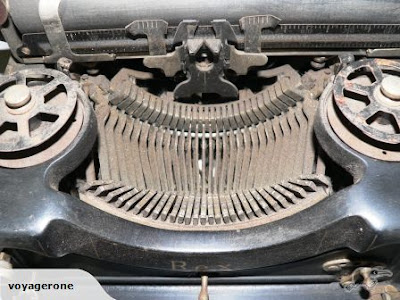 In Westport, New Zealand, someone is selling an Olivetti Lettera 32 and thermos "set"!
University Archives in Westport, Connecticut, is selling this well-worn Smith-Corona 5TE which, it says, President Dwight Eisenhower gave to his personal secretary. It is asking $2500. 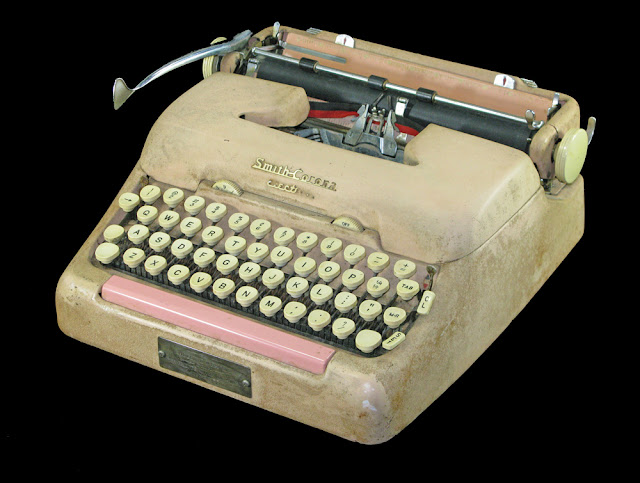 University Archives is still trying to shift a Hemingway Halda for $100,000.
In Holland, Adolf Gerteis's Adler Model 7 has a $10,000 price tag on it. Gerteis is described as "One of the key figures and enablers of the Holocaust." 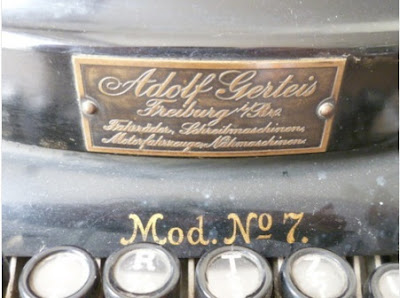 These beautiful machines, for sale on eBay from Canada to Spain, Germany and Austria, have rightly attracted lots of interest. Oh, for a spare million bucks right now ...: 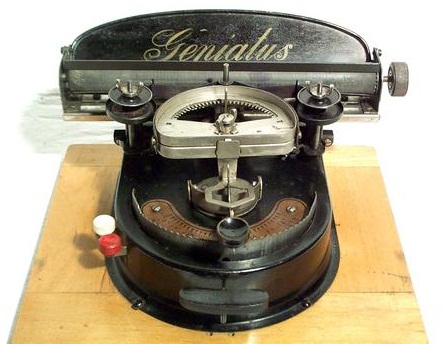 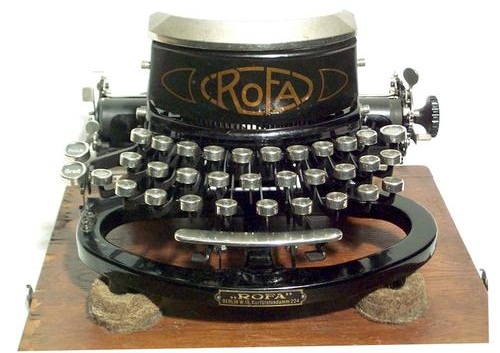 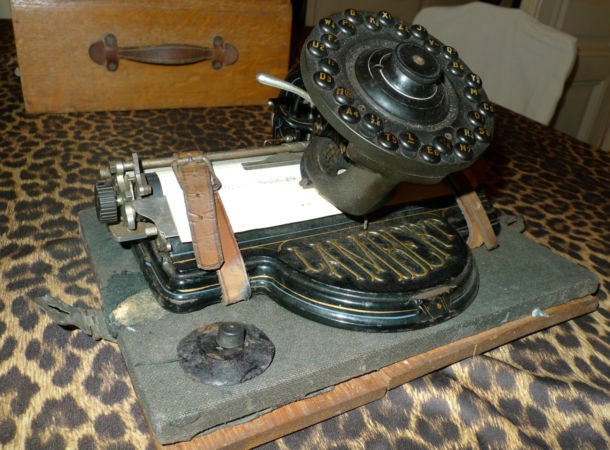 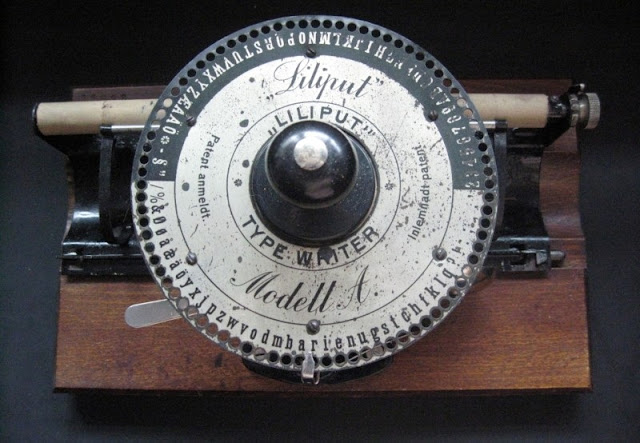 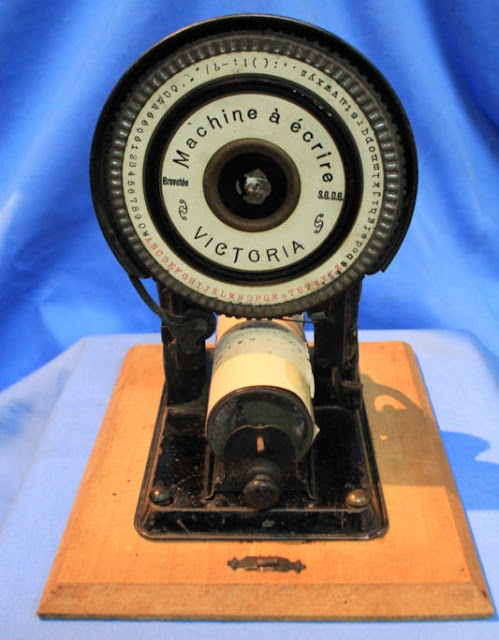 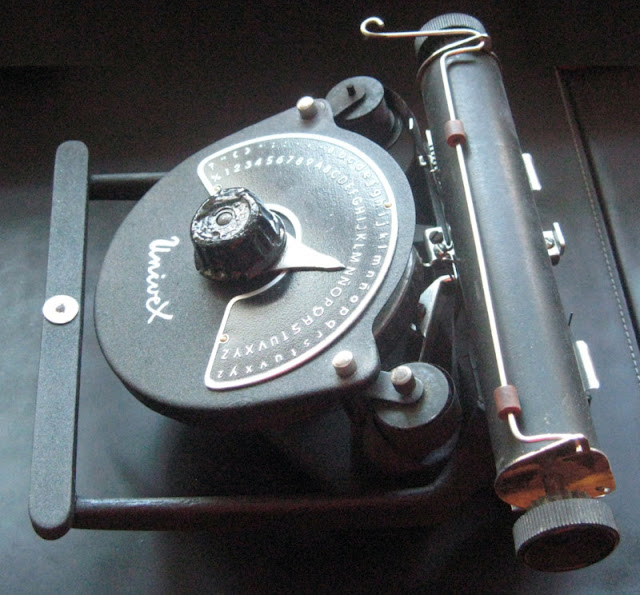 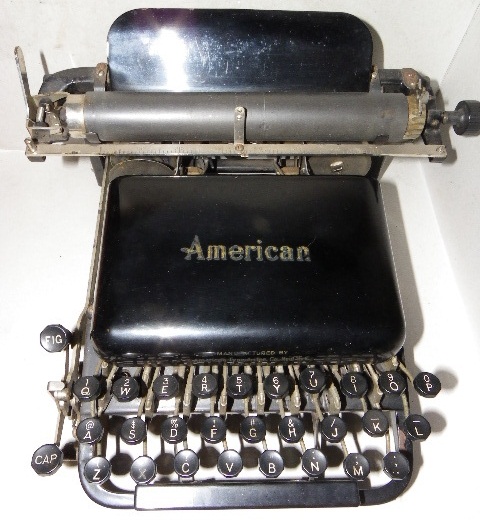 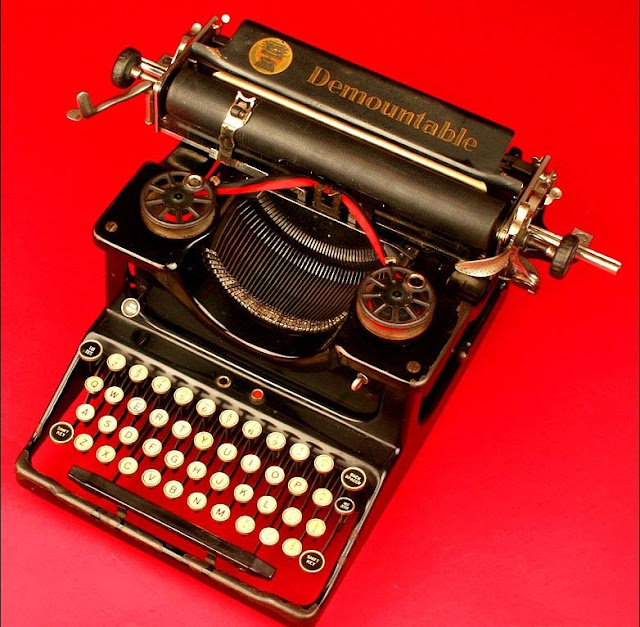 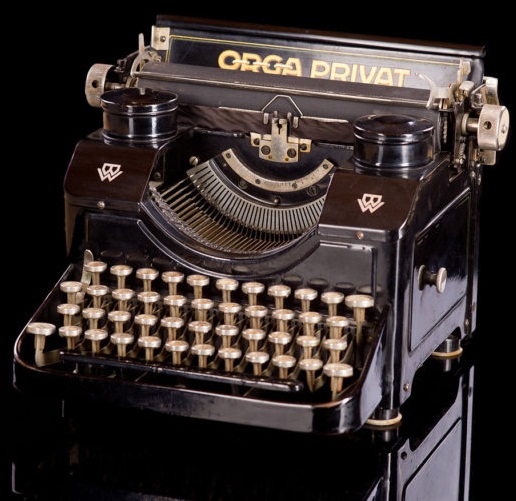 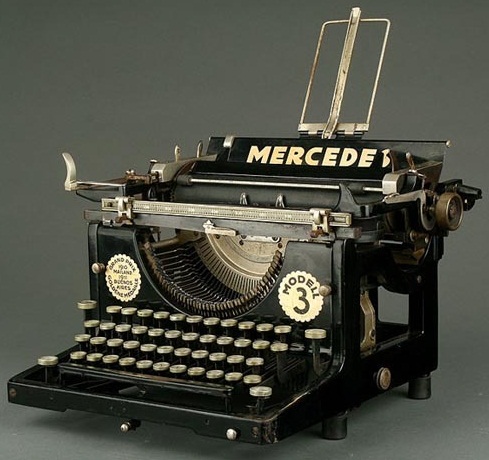 That are some nice machines!

Stumbled upon this one myself: Keaton music typewriter! See link at http://laughingsquid.com/the-1953-keaton-music-typewriter/

The wikipedia entry on Gerteis tells a gruesome story indeed. However, this piece of the puzzle of Gerteis being a bicycle, typewriter, motor vehicles, sewing machine dealer is yet missing.

As it happens quite often, the Lambert, which I spotted last week, has strangely disappeared from the listing.

The lambert you have pictured is now on ebay, location Vienna. Robert, I just don't know where you get the energy to crank out postings like this at the rate of about 3 or more a week. Not complaining, just envious!

Now here is an interesting thing: the Lambert won't show when searching on German or Austrian ebay, but yes on the American one.

Forgot to comment on the Orga privat: these are very nice machines, and can be found around 20 euros even in impeccable condition.

Thank you Georg and Martin for your comments. I'm intrigued by the Gerteis story. I know what you mean about eBay listings just disappearing: I wonder if one puts in an early bid one gets an explanation? Or if that stops it from disappearing? But the situation regarding a US-only Austrian eBay listing is mystifying.
Thank you Martin. I must confess that since I left full-time work my energy levels have been rapidly draining away, so it's an increasing struggle to keep it up. It's as if my body feels this "retirement" is catch-up time.