Politician Who's the Right Type

How many politicians worldwide post out a newsletter to their constituents that not only features an image of a typewriter, but text in a typewriter font*? The Member of the New South Wales Parliament for Mount Druitt in Sydney does. That's Richard Amery, lover of Imperial Good Companions, Olivetti Lettera 22s and countless other great typewriters:

*The font, I suspect, is the Royal Quiet Deluxe made available by Richard Polt on his The Classic Typewriter Page, here. 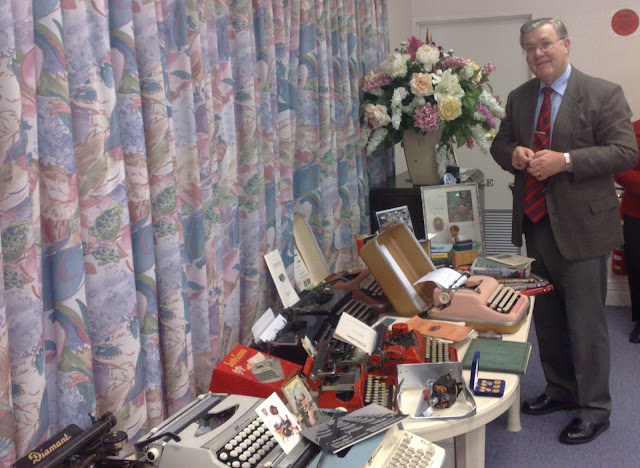 Richard Amery at one of my Corona presentations in Canberra. 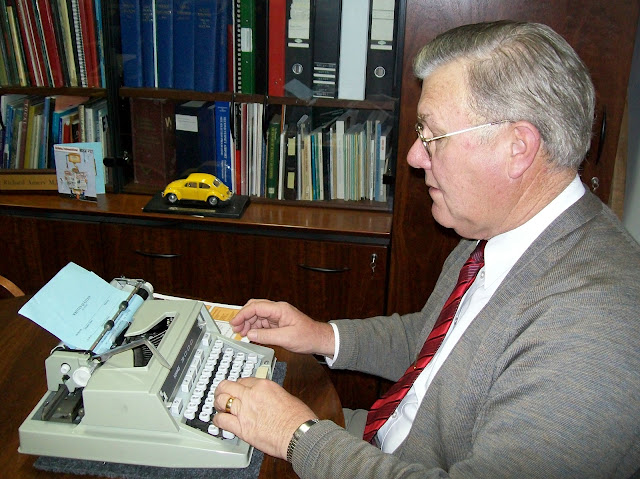 Richard at his parliamentary office desk with a Hermes 3000. 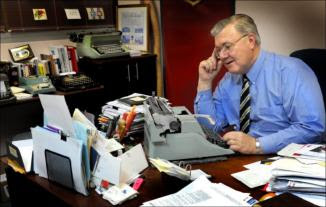 Richard switches to an Olivetti Diaspron 82. Below the Remington International on the shelf on standby is a burgundy Corona 4. 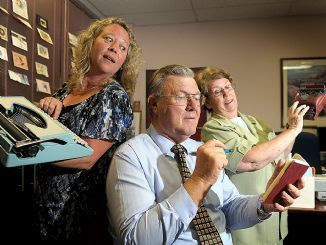 At the electorate office, there's always a Silver-Seiko Imperial handy. 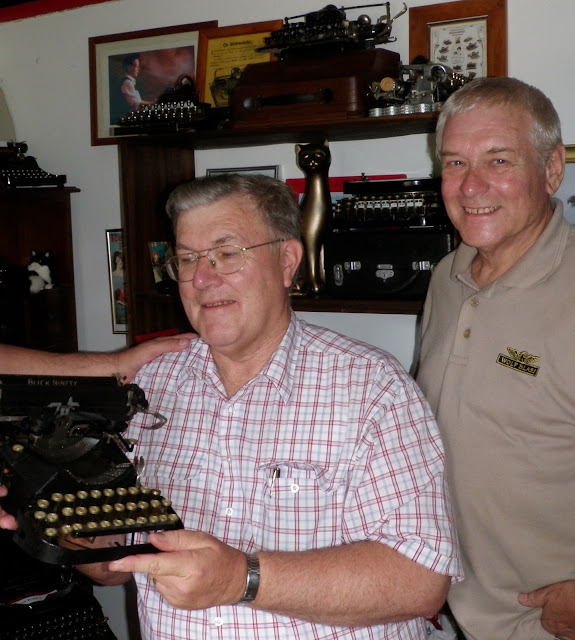 Richard and Terry Cooksley at my house admire a Blick Ninety, which is now with Richard Polt in Cincinnati. 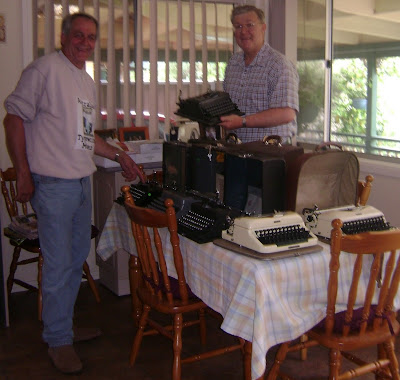 And at Richard's house in Rooty Hill, I admire a few of his Imperial Good Companions.

So my lovely little Blick Ninety gives me a connection not only to you, but to Richard Amery, a good politician if there ever was one! Excellent.

Yes indeed, as well as Terry Cooksley, who worked on it for a little while (he was actually trying to work out how to re-assemble his own Blick Ninety). And don't forget the late, great Les Owen.

Well! It's great to see that we have such a great collective of typewriter lovers here in Australia.

Interesting to see that there is still a bit of love for the Hermes Plastic machines out there!